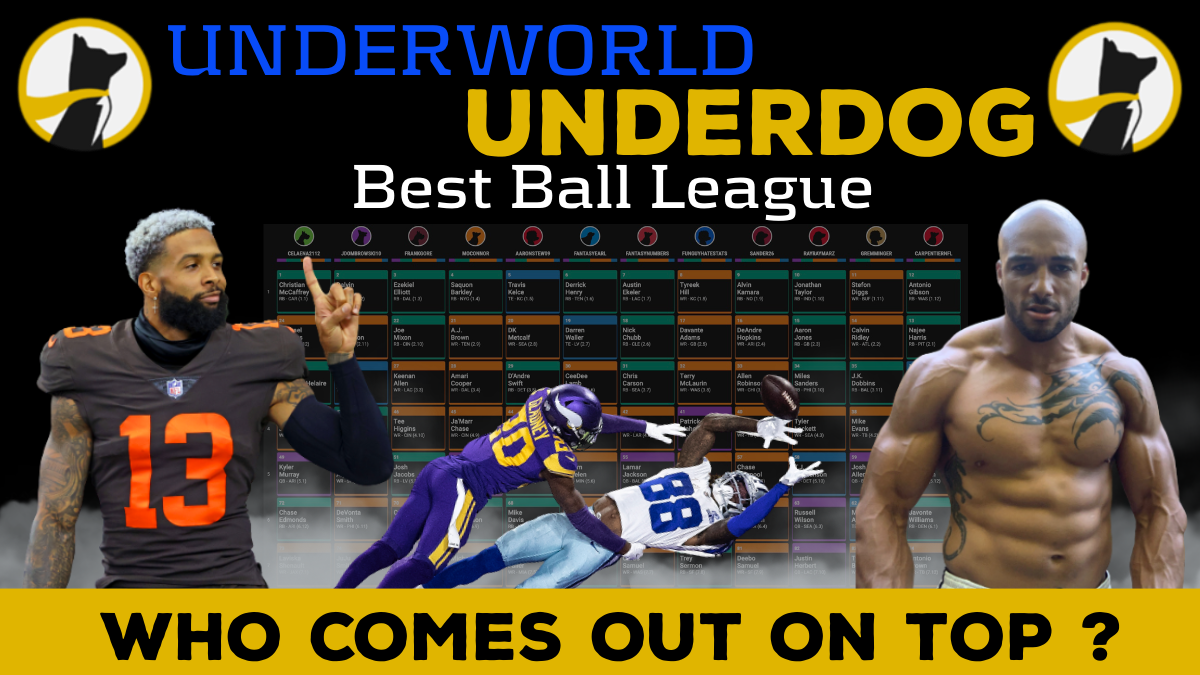 The NFL season fast approaches, as does drafting with your home leagues and best friends. Over the last few weeks, I was able to round up most of the Underworld for an Underdog Best Ball League. Below I will recap our draft, tell you where I think people went wrong and right, and give you a projected WINNER for the 2021 season.

The Underworld gang has gathered for yet another mock draft. This time on Underdog and with a few dollars on the line. It has now been three months since the rookies were drafted, we have made it through OTAs, and training camp has opened. Other iterations of this article series have provided some individual analysis by each participating drafter. Today I will recap some rounds, some teams, and some picks that shocked me or that were great values.
Below is the Order we drafted: 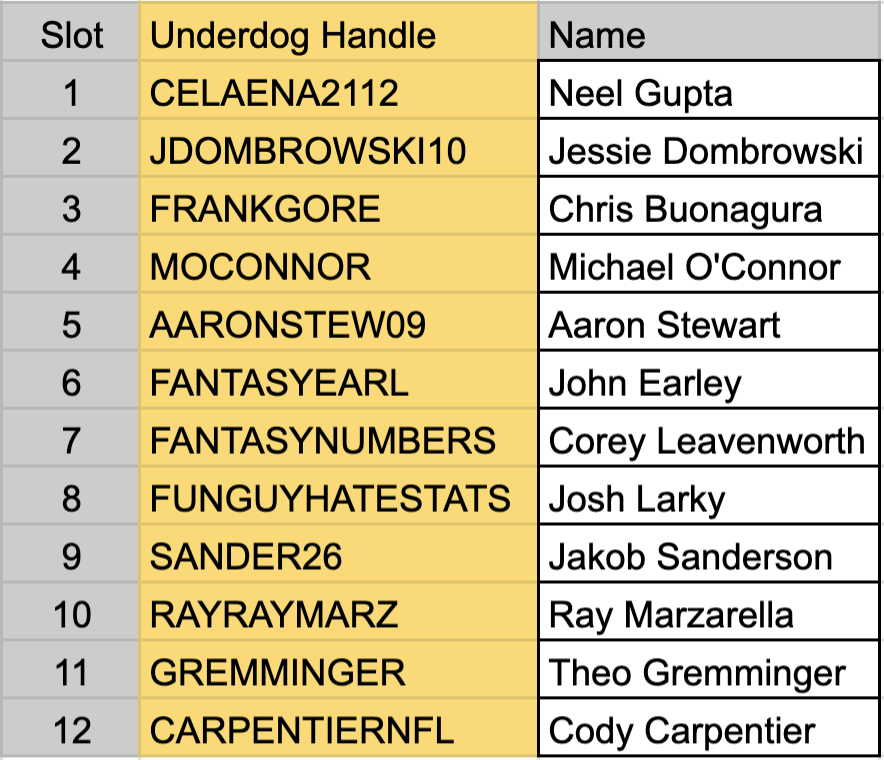 Draft Notes to know: This was a slow draft that started just after the Cam Akers injury and during the Michael Thomas, Aaron Rodgers, and Carson Wentz injury announcements.

Round 1 began as most Underdog drafts do, Christian McCaffrey, Dalvin Cook, and then whoever is sitting in the 3-4-5 spots gets “the best of the rest.” Let’s dig in. 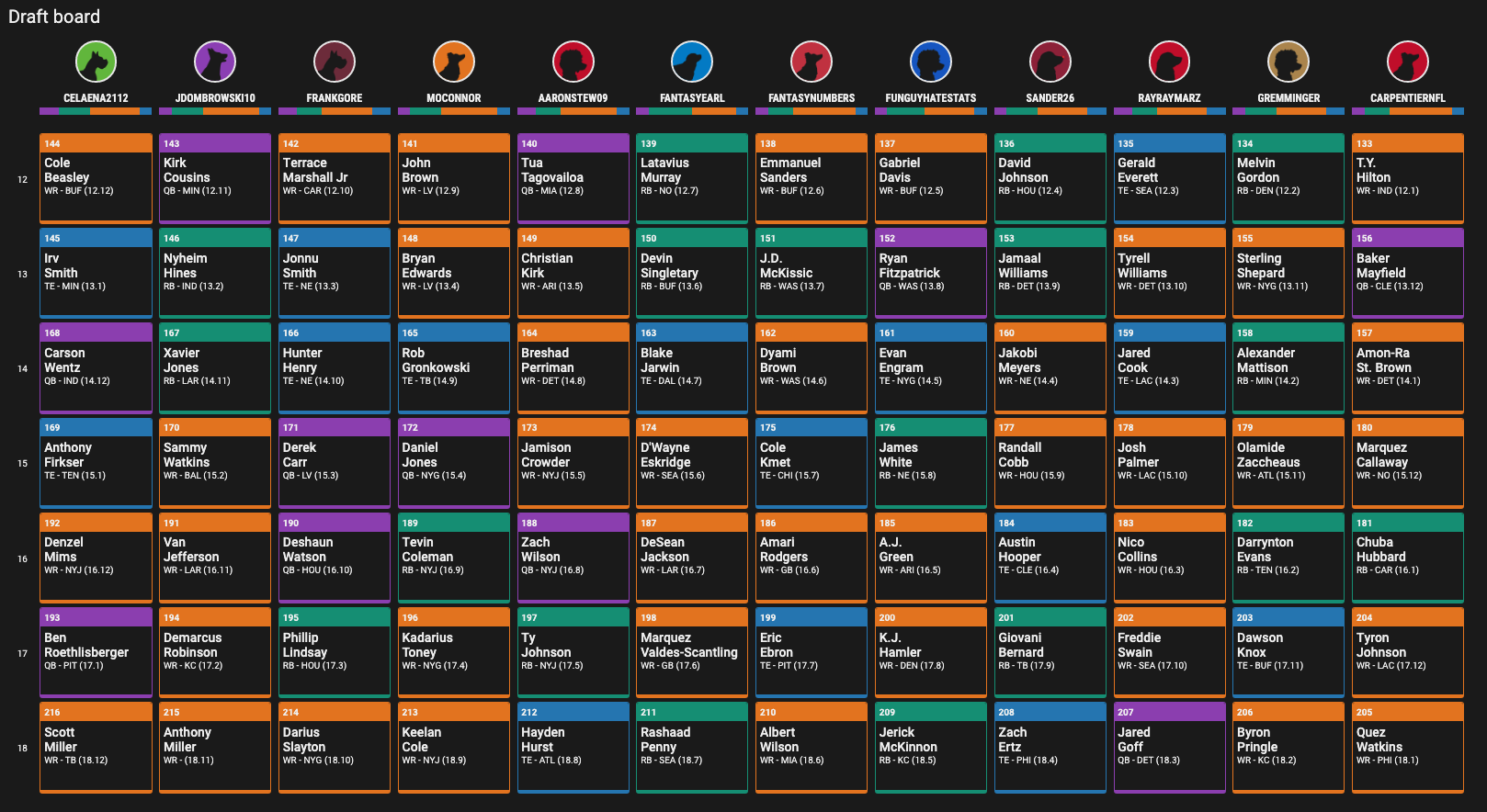 Nick says Marquez Callaway has caught more passes than any player at #Saints camp so far.

Tre’Quan Smith (leg) has been sidelined for the last week.https://t.co/Os8JvhE0pO

The #Eagles are going to need young players to step up this season if they plan on competing.

So far in training camp the two players who looked primed to do just that are Quez Watkins and Tyree Jacksonhttps://t.co/SpD3tjZufZ

The Most “Valuable” Picks 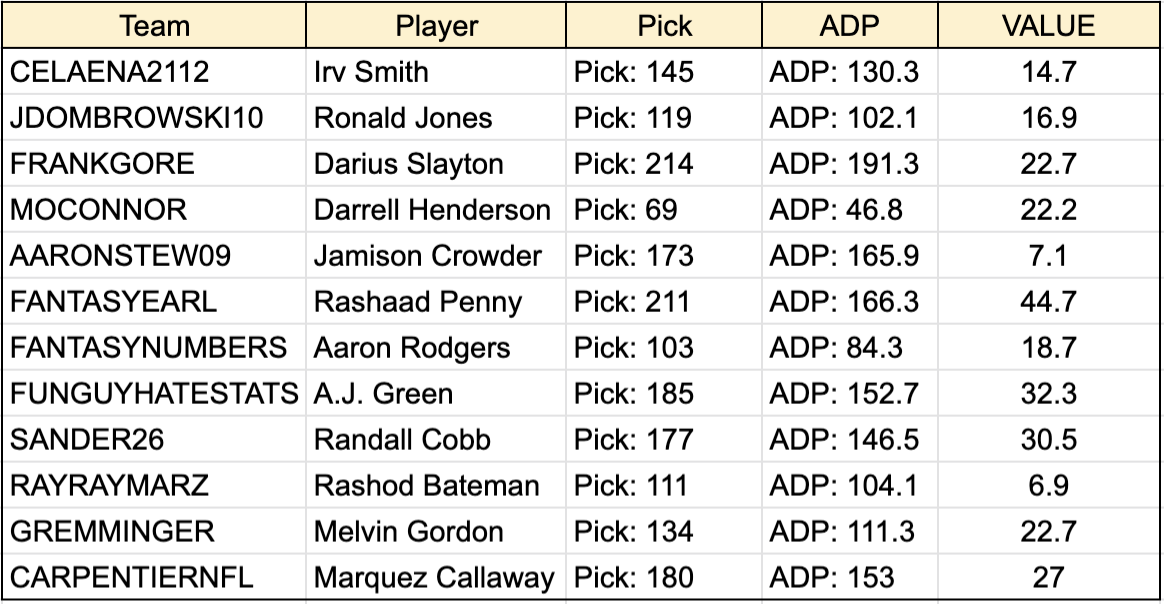