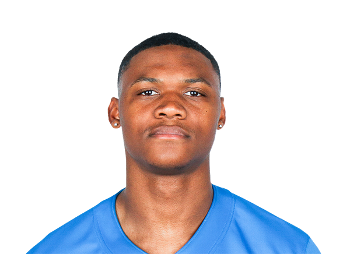 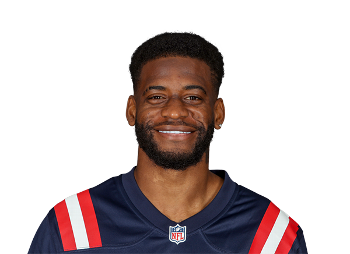 Jacksonville Jaguars wide receiver D.J. Chark doesn't expect his role to change going into next season under new offensive coordinator Jay Gruden. Chark became the team's No. 1 receiver under John DeFilippo in 2019, and he expects Gruden to do the same to utilize his playmaking abilities. The ...

Jacksonville Jaguars wide receiver D.J. Chark ended his second NFL season with just over 1,000 receiving yards after Sunday's four-catch, 34-yard effort against the Indianapolis Colts. While it wasn't the ending that Chark owners wanted, the former LSU Tiger broke out after a disappointing rookie ...

Jacksonville Jaguars wide receiver D.J. Chark (ankle) is active for Week 16 against the Falcons. Chark will return to No. 1 wideout duties after missing just one week. His presence will be a downgrade for both Dede Westbrook and Chris Conley, who took advantage of Chark's absence in Week 15 by ...

Who is D.J. Chark

Despite the limited production, the NFL believed in DJ Chark’s potential and traits. The Jacksonville Jaguars made sure of it by selecting him in the second round with the 61st overall pick after strong performances at the Senior Bowl (Chark snagged five receptions for 160 yards and two touchdowns in the 2018 Senior Bowl to win co-MVP of the game) and Scouting Combine. Chark didn’t see the field much as a rookie; he saw 32 targets and racked up 174 yards in 2018. But, he took off in his second season. He put his 97th-percentile 40-yard dash (4.34) and speed score (115.3) to good use. In 15 games of the 2019 season, he put up 1,008 yards and eight touchdowns on 73 receptions while averaging 13.8 yards per reception and 8.54 yards per target. His target share was north of 20-percent, a healthy volume. He ended up as the WR19 in fantasy football that year. Chark didn’t sneak up on anybody the year after, though, where his numbers declined nearly across the board. His ADP in 2020 was that of the WR18, but his finish was that of the WR50.

DJ Chark entered a contract-year 2021 season with high hopes, especially after the Jaguars selected Trevor Lawrence as their franchise quarterback. However, his season got off on the wrong foot and only got worse. In training camp, Chark suffered a broken finger that knocked him out until the season-opener. He did manage to snag a couple of touchdowns and accumulate 343 air yards in Jacksonville's first three games of the season. But, in Week 4, Chark broke his ankle while blocking in a game against the Cincinnati Bengals. That ended his season and his contract as a Jaguar. Chark became a free agent, where he landed with the Detroit Lions on a one-year prove-it deal. Hopefully, he can use it to get his promising career back on track and resemble the breakout player from 2019.