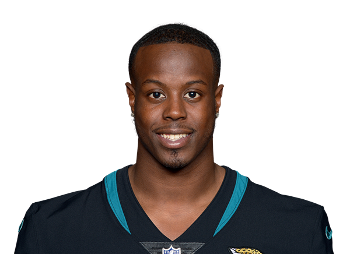 Travis Etienne was born and raised in Jennings, Louisiana, and is of Louisiana Creole descent. He established his reputation of elite age-adjusted production during his high school seasons, running for 2459 rushing yards and 39 touchdowns his senior season. Evaluated as a 4 star recruit and ranked the 15th highest rated running back recruit, He accepted an offer to play with the Clemson Tigers in January of 2017. In no time, he was the star of the show. He ran for 766 yards on 107 carries and scored 13 total touchdowns, displaying elite production and efficiency in his age 19 season. Read More 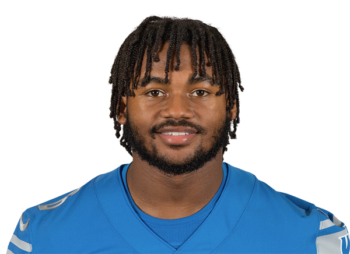 Jacksonville Jaguars rookie running back Travis Etienne took repetitions from the wide receiver position during the team's three-day rookie minicamp over the weekend. "At the worst-case scenario, you have a running back with the skillset of a wide receiver," head coach Urban Meyer explained. ...

The Jacksonville Jaguars selected Clemson running back Travis Etienne with the 25th overall pick in the first round of the 2021 NFL draft on Thursday night. The Jags took Clemson quarterback Trevor Lawrence, as expected, with the No. 1 overall pick to kick off the first round. Lawrence and Etienne ...

The Great RB Dead Zone Resurrection of 2022 is Upon Us

Who is Travis Etienne

Etienne was given the lead-back role from then on, and he didn’t look back. He followed his breakout season with two straight seasons of at least 1600 rushing yards and 20 total touchdowns, a rare feat. He played a large role in bringing home the national championship trophy in 2018, earning first-team All American status. With dominant college stats, many expected him to declare for the draft in 2019, but he returned to Celmson for his senior year. He failed to reach 1000 rushing yards, but he checked off an important box as a receiver. He vastly increased his routes run and earned a 12.2-percent target share, with few instances of dropped passes.

Etienne underwhelmed at his 2020 pro-day, and there were questions raised about his weight and fitness level. He ran a 4.50 second 40 time, which equates to acceptable size-adjusted speed. His workout metrics were above average, but his elusiveness and ability to create yards glowed on tape as he led the NCAA in broken tackles since 2019. His next gen stats were enough for the Jaguars to select him in the first round and pair him with his college quarterback Trevor Lawrence. Etienne had doubters, but received plenty of preseason hype. Being drafted at a 55.3 ADP, an RB23 preseason fantasy ranking, fantasy games expected big things. Tragically, he went down with a Lisfranc (Mid-foot) injury, ending his rookie season before it began. He goes into the second year of his contract looking to play a high percentage of snaps in his true rookie season.