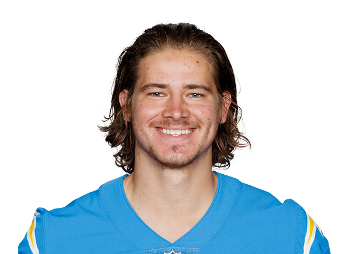 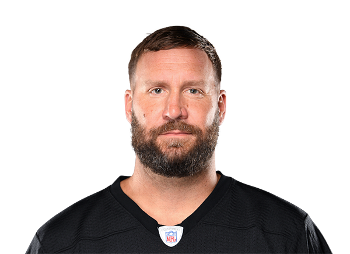 Who is Justin Herbert

With a solid 4.68 40 time, and a height of 6-foot-6, Justin Herbert surprised as a rookie with his strong arm and elite athleticism, on his way to winning 2020 Offensive Rookie of the Year. Heading into the 2021 season, there were some who thought that Los Angeles Chargers quarterback Justin Herbert was ready to lead the Bolts to an AFC West division title, and perhaps even the Super Bowl. At the very least, Herbert was going to get the Chargers into the playoffs. While the Chargers would miss the playoffs, Herbert had a statistically great season in year two, throwing for 5,014 yards, 38 touchdowns and 15 interceptions with a QBR of 66.1. He ranked third in the league in total air yards (5,275) and had a fantasy ranking of QB2 in points per game (23.3). Per the next gen stats, Herbert’s pass-catchers had the fourth most drops (40), but he still finished 16th in true completion percentage (71.5%).

Herbert was second amongst quarterbacks in both passing yards and pass attempts (672), which was likely aided by the fact that the Chargers were second in pace of play at 2.19 plays per minute. Herbert was one of the most impressive quarterbacks in several advanced metrics over on Player Profiler, ranking inside the top-10 in his completion of deep balls, play-action completion percentage, true passer rating, expected points added and catchable pass rate. He also brought some sneaky rushing upside to the quarterback position, ranking 10th amongst quarterbacks in rushing yards (302) and third in red zone carries with 23.

The Chargers have the offensive talent to put together one of the most lethal offenses in the league, which is a necessity when playing in the AFC West with Patrick Mahomes for at least the next 10 seasons. They scored 474 points in 2021 which was just six points behind the Chargers, but their defense surrendered 459 points on the season, which was the most allowed by any team in the AFC West and the fourth most allowed in the league overall.

Herbert should be in line for another elite season heading into his third year with the Chargers. Viewed by some as a player the Chargers reached on in the 2020 draft, there is a very strong argument for Herbert being the best quarterback of his draft class through their first two seasons. He has all of the tools to be an MVP in the league, and should provide fantasy managers many years of high-upside seasons. He will carry a top quarterback ADP in fantasy drafts next season.