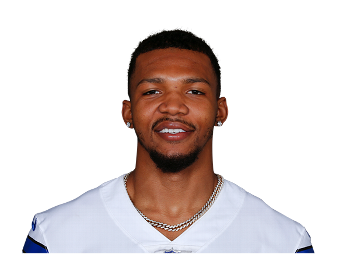 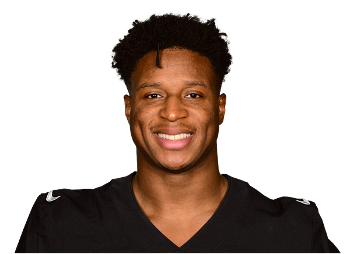 Tony Pollard May Get Work Out Of The Slot

Dallas Cowboys running back Tony Pollard has been a ...

Tony Pollard Looks Back To 100 Percent

Dallas Cowboys running back Tony Pollard (foot) put in a ...

The Top Five Values at Running Back for 2022

Underdog Best Ball Strategy: The Guide to Drafting in 2022 - Part 1

Who is Tony Pollard

After a redshirt 2015 season, Tony Pollard spent time both at receiver and running back, deep in a loaded Tigers RB depth chart behind fellow NFL’ers Patrick Taylor & Darrell Henderson. On the American Athletic Conference’s most pass-heavy team, Pollard assumed the primary receiving back role. Despite a gaudy 7.1 (93rd-percentile) career yards per carry, he never ranked higher than third in carries & left school with modest college stats, with 139 rushing attempts and nearly as many receptions.

Declaring early for the 2019 NFL draft and posting an above-average 40 time, speed, burst and agility metrics, coupled with outstanding college rushing efficiency and a 15.5% (95th-percentile) college target share led to his selection by the Dallas Cowboys in the 4th round.

Just before Pollard’s rookie season, Dallas signed starter Ezekiel Elliott to a massive contract extension. That ensured their more efficient back, Pollard, would remain second fiddle for the foreseeable future. Possessing a slight build – a 28.5 (17th-percentile) BMI - and planted behind Elliott on the depth chart, Pollard saw a sub-20-percent rookie snap share. He flashed when given an opportunity, though, posting 1.91 (No. 1) yards Created Per Touch & 5.8-percent (No. 9) Breakaway Run Rate. For comparison, Elliott came in at No. 44 and No. 52, respectively, in those metrics. Although Pollard’s snap share increased a bit in 2020, it remained only 31.5-percent (No. 62). While his year two performance wasn’t quite as exciting as 2019, his efficiency once again dwarfed that of their starter.

Although Pollard has been the more efficient Cowboy running back by a wide margin, he has not been granted much of an opportunity. His 2021 snap share eked forward yet remained a criminally-underutilized 33.7-percent (No. 60). One of the league’s most electric players, Pollard posted top-10 RB efficiency metrics across the board – once again significantly out-producing Elliott across virtually all measures. Pollard’s 8.5-percent breakaway run rate ranked No. 3. His yards created per touch was No. 9 and he ranked No. 5 in Next Gen Stats’ Rushing Yards Over Expected per Attempt. Given only a modest 8.1-percent target share in 2021, he excelled when given a chance through the air, finishing No. 2 in Yards per Route Run and No. 6 in Catch Rate. He finished No. 16 among NFL RBs in receiving yards despite only sitting No. 46 in Routes Run and No. 60 in Route Participation. Opportunity, though, held him to 10.8 fantasy points per game, the No. 32 fantasy ranking for RBs.

Zeke’s contract ensures Elliott will remain on the roster at least through 2022. Pollard’s rookie contract is also set to expire at the end of 2022. The Cowboys’ decision for 2023 and beyond should be an easy one.