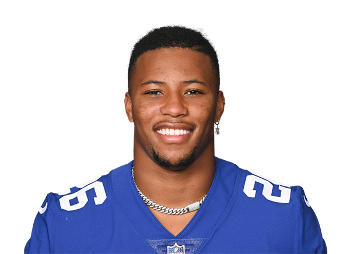 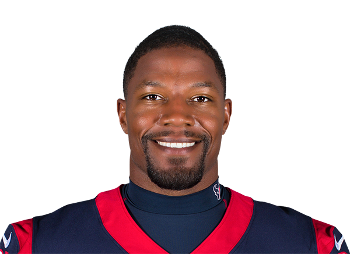 Saquon Barkley Is Premier Option In Wild Card Round

New York Giants running back Saquon Barkley is a premier ...

Who is Saquon Barkley

The New York Giants made Barkely the second overall pick of the 2018 NFL Draft, but despite a rookie season in which he rushed for 1,307 yards and was named the NFL’s Offensive Player of the Year, injuries have affected the once dominant back who posted 2,028 yards from scrimmage as a rookie.

When looking at Saquon Barkley’s athletic profile, it’s hard to find too many negatives. In addition to his 100th-percentile SPARQ-X score of 149.8, Barkley boasts a 4.40 40 time, a 124.3 speed score, and a 134.7 burst score, all within the 96th-percentile or better. A dominant pass-catcher as well as runner, Barkley saw a 14.8% college target share and also has a 75th-percentile college dominator of 32.2%. During his four seasons in the NFL, Barkley has totaled 2,937 rushing yards and 19 rushing touchdowns and has also caught 190 passes for 1,482 yards and another eight scores. He rushed for 1,000+ yards in each of his first two seasons, despite missing three games in 2019.

Barkley’s 2020 and 2021 seasons have been marred with injuries, poor coaching and poor roster constructions. Just two games into the 2020 season, Barkley suffered a torn ACL, MCL and meniscus that effectively ended his year. When he returned in 2021 to lead the way for now fired head coach Joe Judge, Barkley looked like a shell of himself. Despite ranking 26th in the league with 162 carries, Barkley totaled just 593 rushing yards and two rushing touchdowns, and finished the year with 856 yards from scrimmage. He ranked 24th in total yards created and broken and evaded tackles (57) while also being effective in the passing game. As a receiver, Barkley saw a 13.3% target share on 238 routes run and had just three drops. He missed four games due to a low ankle sprain, but at the end of the season he still managed an underwhelming 3.5 true yards per carry, and just five breakaway runs, with a long run of 41 yards.

He still saw plenty of snaps last season, garnering a 61.1% snap share, and was ninth in target share (13.3%), but something was off with not just Barkely, but the entire Giants’ offense under Judge and former offensive coordinator Jason Garrett. Entering into his age 25 season, Barkley should still have plenty left in the tank if New York can right a ship that has run massively off-course. There’s no reason to think that Barkley won’t see heavy volume in 2022, but his ability to produce has certainly been drawn into question and could suppress his ADP. He heads into a contract year next season, and will need to turn in a solid year if he hopes to capitalize in free agency in 2023.