Well, Mad Caps… Week three has barely just begun and already a top running back is down. Stud Panther Christian McCaffrey left Thursday Night’s game with a hamstring injury. In his absence, rookie Chuba Hubbard gets the start but keep those eyes on Royce Freeman, who latched on with Carolina after being released by Denver. While it may seem as though the injury bug is a bit more aggressive this year, particularly to the RB position, the reality is this is not unusual. It is football, of course. Yes, the injuries will continue but there is always the positive spin here in The Infirmary.

Aside from the opportunity that injuries provide, there are also those returning from injury to get excited about. This week Will Fuller will make his Dolphins debut after a week one suspension and whatever the hell happened last week. Odell Beckham will also make his 2021 debut, and at a great time for the Browns who are dealing with injuries to several key players. In redraft or dynasty leagues, managers may want to wait a week, if possible, to see how these two wideouts look in their first games back. However, they are perfect options for your DFS lineups. Plenty more to dive into for week three, so lets get to it!!!

Tua’s second year as a pro quarterback is not getting off to a great start. After an uninspiring week one, Tagovailoa began Week 2 by getting smashed in by the Buffalo defense, leading to his exit from the game. The future is murky for Tua, but while he is away Jacoby Brissett will handle signal caller duties. It may not be the sexiest look in the world, but Brissett is one of the more capable backups in the league right now. That said, Miami wasn’t a super source of fantasy relevance to begin with, and it won’t change now.

The same could be said for the Texans, who looked quite feisty with Taylor in the lineup, less so with Davis Mills under center (Brandin Cooks is cooking, though). The aforementioned OBJ is back, but with Landry out several names could step up for Baker Mayfield. The Browns have a trio of highly talented tight ends, not to mention a deep wideout group consisting of Rashard Higgins, Donovan Peoples-Jones, and Anthony Schwartz. With so many options availed to Mayfield, it’s tough to pinpoint who could pop for this Cleveland squad, but this Mad Man’s eyes are still on last week’s recommendation, the rookie Schwartz. Still, OBJ is back and needs some love. Take a shot on him in DFS.

The biggest news here is the Dalton injury, and the opportunity that it provides to rookie Justin Fields. Sure, on the road against a tough Cleveland team may not be the most ideal spot to debut, but there can be no denying the excitement surrounding Fields first start. None could possibly be as excited as Allen Robinson, who has likely had nightmares over the pathetic plethora of quarterbacks he’s had throwing him the ball during his career. I wouldn’t be surprised if he had to fight back an orgasm at the news of Fields starting. As exciting as it is, starting Fields may be better put off until next week.

Aside from the Bears situation, there are a few key wideouts missing this week, as well. With Gage out in Atlanta, look for Olamide Zaccheaus to garner more attention. In Pittsburgh, no Johnson means more looks for JuJu Smith-Schuster and Chase Claypool. However, rookie TE Pat Freiermuth could also make some noise. Then there’s AB, who landed on the COVID list earlier this week. While some may point to Scott Miller as a potential play with Brown out, there’s a good chance the targets become more consolidated, making Chris Godwin, Mike Evans and Rob Gronkowski all solid plays this week.

In a big Week 3 matchup versus the Steelers, quarterback Joe Burrow will be without one of his top weapons in Higgins. Without much talent behind him, Burrow may end up focusing on his top guys, Tyler Boyd and Ja’Marr Chase. As predicted, Drake was a dud last week. And with Jacobs out again, there is no reason NOT to continue the fade on the Las Vegas running back situation. For now. Fading the 49ers backfield this week also seems the smart move. It is not advised to count on Trey Sermon for a big week. However, in DFS take your shot.

Quarterbacks Jackson and Wentz are dealing with their separate issues. But it appears both will play today. Most weren’t worried about Jackson, but it is a bit surprising to see Wentz go, considering he hurt BOTH of his ankles. Wentz being active helps out RB Jonathan Taylor more than anyone else. But Zach Pascal is certainly worthy of a start. Over the first two games, Pascal has drawn a 90.4-percent Snap Share, good for No. 17 at the position among qualified receivers. Wentz should continue to look his way.

There are some key injuries at the running back position. And it looks as though Henderson is going to miss the game against the Bucs. This means it’s Sony Michel time!!! Unfortunately, the Tampa Bay defense is one of the top units in stopping the run. Michel is a solid DFS option, but in seasonal leagues it might be wise to play the “wait and see” game. In Minnesota, Cook is not expected to play, increasing the likelihood of this game becoming an aerial assault for the ages. Just an aside, get K.J. Osborn in those lineups!

At wide receiver, it appears most of these players will be out there on the field for Week 3. If by chance Golladay were to miss, however, Darius Slayton becomes very interesting for DFS. For the Cardinals, Hopkins seems likely to start but should he not go, bump up the other playmakers in that offense. If both Mooney and Goodwin miss Sunday’s game against the Browns, Damiere Byrd is an interesting option, particularly for daily fantasy. While Byrd isn’t anyone to write home about, he has been productive when given opportunity, especially during his time in Arizona. If the other Bears wideouts can’t go, Byrd is a sneaky, sneaky play for this week. 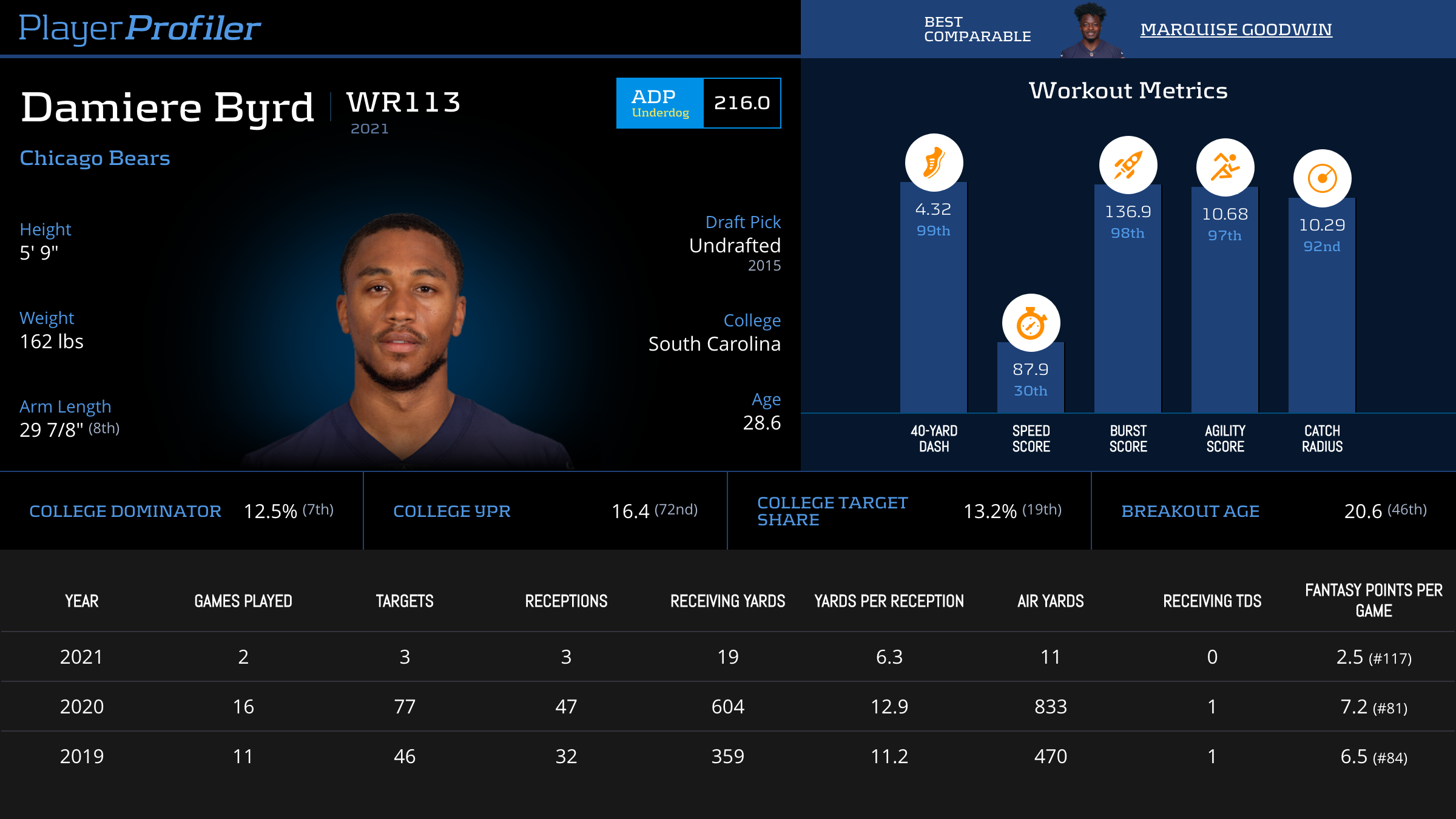 As this week’s edition is wrapping up, there are some noteworthy names on the defensive side of the ball that will be missing Sunday’s action. The Steelers T.J. Watt has been ruled out, and it’s not looking good for Frank Clark of the Chiefs. These are big time players for their defenses, and will certainly make things easier for their opponents with them out. The Chargers will be missing Chris Harris Jr., and could be without Joey Bosa, as well. Given the Chargers play the previously mentioned Chiefs, the game was already trending towards shootout before the defensive issues were known. Buckle up, that game is gonna be a fun one.

Overall, week three got off to a rocky start with the CMC injury. But a returning OBJ is sweet. And there are a handful of potentially high scoring games on this Sunday’s slate to wet everyone’s appetite. Not to mention, this Sunday will provide the much long anticipated debut of Mr. Fields. And speaking of returns, players who hit the short term IR at the beginning of the season will now be eligible to return next week. Though the injuries will never slow down, not until the very last game has been played in L.A. in February, The Infirmary will remain to help guide fantasy managers. Until next week!