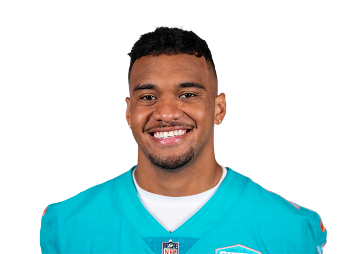 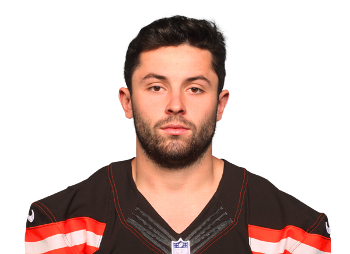 Who is Tua Tagovailoa

Tua Tagovailoa's junior year was cut short due to an awkward hit during a game against Mississippi State that caused a dislocated hip, broken nose, and concussion. Later on, he announced he would declare for the NFL Draft. His college stats are legendary and include: 12.7 Adjusted Passing Yards Per Attempt, a 199.4 Passing Efficiency Rating, and 9.8 Total Yards Per Play. He also finished with a 94.8 (98th percentile) College QBR. He logged a 4.79 40 time and measured out at a height of 6’0” with a hand size of 10 inches.

Tagovailoa would be selected with the fifth overall pick in the 2020 NFL Draft by the Miami Dolphins, just ahead of Justin Herbert. Tua’s first live game action came in Week 6 of his rookie year, which was the first time a left-handed QB played in a game since 2015. The team later named him the starter just before Week 8, and he went on to lead the Dolphins to three straight wins before jamming his thumb and returned to the team in Week 13. He was benched in Week 16 but started the following week. He finished the 2020 season with mixed results but was able to finish with a 7.9 (No. 1) Accuracy Rating.

Going into the 2021 NFL season, he had an ADP of 145, projecting him for a fantasy raking of QB18. He suffered a rib injury which kept him out of action for four weeks and returned to action but never met the standard that he set while in college. He still finished the season No. 1 in both Red Zone Completion Percentage (64.9-percent) and Deep Ball Completion Percentage (50.0-percent). Tua was unfortunately drafted between two franchise-altering quarterbacks in Joe Burrow and Justin Hebert, so he is held to an incredibly high standard and will need to improve drastically in order to catch up with them.

With Tagovailoa sill on a rookie contract, Miami had the necessary cap space to trade for Tyreek Hill during the 2022 offseason. Hill's 4-year deal included over $72 million guaranteed. Few were happier than Tua Tagovailoa when the news broke.