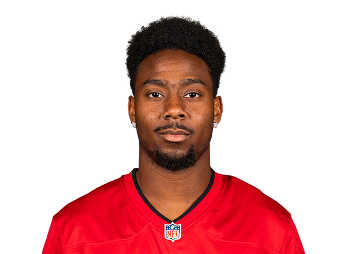 Russell Gage Ruled Out For Week 10

Who is Russell Gage

Russell Gage had the talent, but not the speed production. A 40-time of 4.55 at 6-feet 186 pounds is not the surest sign of future success. That was in part to what led to him dipping into the sixth round of the 2018 NFL Draft where he was selected by the Atlanta Falcons with the 194th overall selection. Gage was sparsely used as a rookie in 2018 but got his chance towards the end of the 2019 season. Julio Jones was injured and forced to miss Atlanta’s Thanksgiving game against the New Orleans Saints. Turns out, Gage is just a good football player. Gage was called upon to start in his place and made the most of it by catching five of his nine targets for 52 yards and a touchdown. He continued to be a big part of Atlanta’s offense to close that season and carried that over into the 2020 season. Gage set career-highs across the board in receptions (72), targets (110), yards (786), and touchdowns (4).

Before the 2021 season, the Falcons traded franchise icon, Julio Jones. During the 2021 season, star receiver Calvin Ridley left the team for mental health purposes. Russell Gage was suddenly all that was left in the receiver room alongside additions Kyle Pitts at tight end and Cordarrelle Patterson out of the backfield. That role left more than what Gage could chew, but he held his own. Gage registered a 22-percent target share, a number that ranked 25th among wide receivers. His 2.19 yards per route run ranked 13th at the position. Gage operated out of the slot 221 times, which ranked 39th at the position. That led to Gage working closer to the line of scrimmage (9.2-yard average target distance; 74th among receivers) and gaining yards after the catch (250; 37th among receivers) rather than going deep down the field (853 air yards and 10 deep targets; 44th and 61st among receivers). Altogether, Gage racked up 770 yards on 64 receptions and scored four touchdowns on 352 routes run and finished as the WR43 in fantasy football, well-ahead of his WR57 ADP heading into the season. Gage proved to be a valuable piece to the Falcons but became a free agent in 2022. He stayed in the division, but not with the Falcons. Gage signed with the Tampa Bay Buccaneers to catch passes from Tom Brady. Say, has Tom Brady ever heavily utilized slot receivers before in his illustrious career?