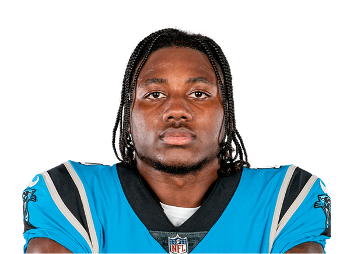 Anthony Schwartz To Miss Another Game

Who is Anthony Schwartz

Anthony Schwartz would contribute to the team, mostly flashing his big play ability early on. His freshman year, his average yards per reception was 16.2 yards. His college stats reflect his big breakout his Junior season when he became a more regularly targeted receiver, gathering more targets and a greater target share than in his first two seasons. He is purely speed, and it was on display at the NFL combine when he showed off his ability by running a 4.32 (99th percentile) 40 time, and also running a 4.07 (88th percentile) 20-yard shuttle. His hand size came in at 9 3/8” and wingspan measured in at 75 1/2”. He would be selected by the Cleveland Browns in the third round.

He did not see the field very much in his rookie season, and only had ten receptions on 23 targets, but the future is bright for this young speedster. The Browns showed willingness to throw him Deep Balls as he had seven deep targets in his rookie year and 380 total air yards, however, he played on limited snaps, and never had a snap share higher than 60%. His ADP had him at the 18th to 19th round of drafts, and his fantasy ranking leaves much to be desired. There is opportunity for him to climb the depth chart with a departing Jarvis Landry, and Odell Beckham already out of Cleveland, while he remains under contract on his rookie deal. If he can continue to learn the nuances of the game and become more well-rounded, he could become the next great speedster in the NFL.