Awake yet? Those daylight savings time appointments are never fun this time of year. Sleep be damned, though; there’s football to discuss. Week 9 resembles every other week in the NFL, as far as injuries go. The exception for this week, is the reinforcements making their way back from the ole Injured Reserve. Quarterbacks are once again a highlight and the tight ends have started their own section within the injury club. No matter, The Infirmary is here to be the guiding light through these trying times. Let us delay no further!!!

A handful of players return to their teams, and most are much needed at this time. While Chuba Hubbard has been solid in relief, the return of CMC is a massive boost to the Panthers offense. For the 49ers, Kittle returns, as does running back Jeff Wilson off of the PUP list. They are both much needed this week with other injury concerns plaguing the team. MVS is back for Green Bay, and just in time to benefit a first time starter. More offensive boosting all around.

Montgomery’s return is intriguing, as rookie Khalil Herbert has been terrific in his absence. No way Coach Nagy can hand full reign back to the incumbent, so the workload for each will be worth monitoring. The Houston Texans finally get back their starting QB. No, not that guy. A one Mr. Ty-God Taylor. The veteran signal caller began the season well before the injury, and Davis Mills has underperformed in his stead; the rookie threw eight interceptions in his 6.5 games played. Make way for Ty-God.

Think back to medieval times… Remember those little pillows? The ones the crowns would ride on? Hopefully, King Henry has one available; his crown won’t be worn any time soon. The Titans offense will be mightily different without the King, and the passing game will have to pick it up. Sure, Adrian Peterson joined the fray, but there is another back to look to.

Jeremy McNichols is a good pass-catching running back with the opportunity for extended work.

If you don’t prioritize McNichols, you were in on Ronald Jones, weren’t you? pic.twitter.com/q1JPF0ZF5z

For Jeremy McNichols truthers, now is the time. There is no direct fill-in for Henry, but McNichols will be a valuable asset for the remainder of the season.

Ridley’s absence this past Sunday came as somewhat of a surprise. Football aside, let’s hope the young man gets it sorted out; as Marshawn Lynch says, “Take care of your mentals.” Back on the football side of things, it will continue to be the Kyle Pitts and Cordarrelle Patterson show. It’d be great to see Russell Gage, or Infirmary favorite Olamide Zaccheaus step up, but neither has done so to this point.

It wasn’t long ago we were celebrating the tight end position. This week, they are overwhelming The Infirmary.

While they will be missed by their teams to varying degrees, the interesting one here is Brown. With him out in week eight, rookie Brevin Jordan got some love, catching three of four passes for 41 yards and a touchdown. His profile speaks for itself, boasting an impressive College Dominator Rating and Breakout Age along with solid workout metrics. The talented youngster will look to build on his production from a week ago. 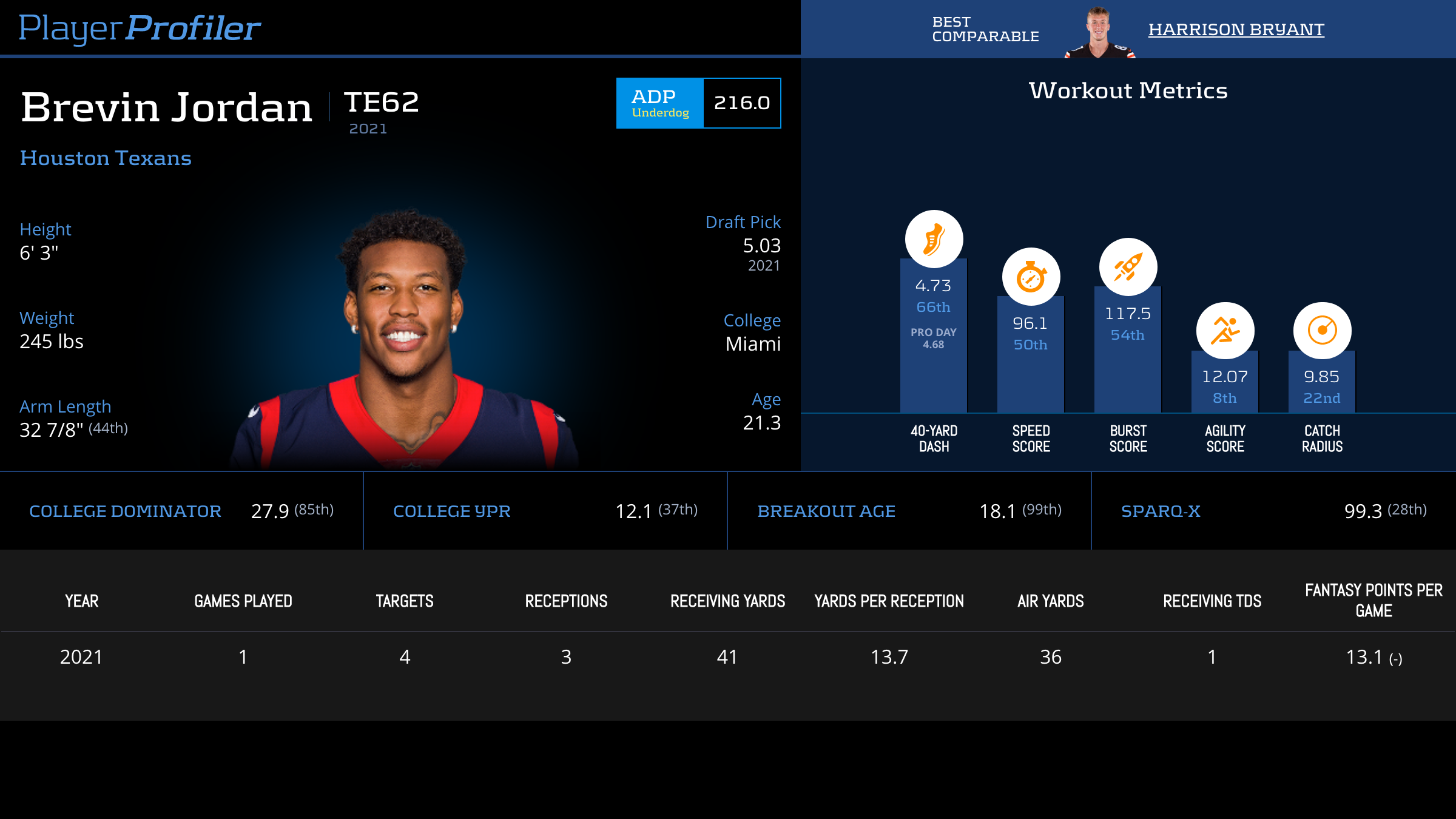 The quarterbacks are the big names on the list, however. Winston was injured in the Saints victory over the Bucs, though that didn’t keep him from celebrating. It appears that Trevor Siemian will get the start, further underlying the fact that Taysom Hill is more gadget guy than anything else. Jordan Love will get the start for Green Bay, due to Rodgers’ positive Covid test. Yeah, we all thought he was “immunized.”.No worries. Love will handle his own against this porous Chiefs defense, so don’t shy away from those Packer studs.

Pop quiz! How many weeks have the Ravens NOT had an RB on the Infirmary Report?

Per usual, most names on this list will suit up in the end, but there’s never a guarantee. For the Cardinals, Murray suiting up is as far from a guarantee as can be. The star quarterback missed practice all week. While he certainly doesn’t need the practice to play in the game, it is still a bad omen for his availability. Long time backup Colt McCoy will get the start should Murray need to sit this week. With Green out and Hopkins banged up, perhaps this is a true Rondale Moore breakout game… though he’ll likely need Murray behind center for that to occur.

The Jaguars would truly miss Robinson if he can’t go, but Carlos Hyde should be an adequate replacement. If Mitchell is out for the Niners, look for the returning Wilson to make an impact (which he’ll likely do anyway).

Lastly, if Albert O can play on Sunday, he becomes very interesting.

The second year tight end has the opportunity to shine with Fant on the sidelines. The fact that he’s even had a minimal role with Fant in the lineup shows what the Broncos think of their backup. Wheels up.

The quarterback news this week may have grabbed the headlines, but misfortune lies everywhere. That’s nothing really new though, is it? BYE weeks continue with the Lions, Seahawks, Bucs and Football Team enjoying the week off. D’Andre Swift‘s streak of questionable tags is over. Fantasy managers must push through the pain of these roster conundrums, just as Swift pushed through the pain to play each week. At this point in the season, contenders must do whatever they can to survive the injury woes, and what better way than by keeping up on The Infirmary?