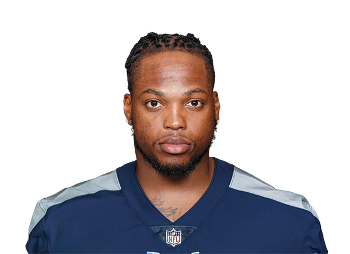 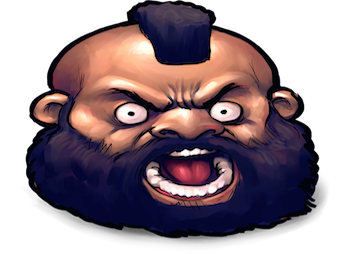 Who is Derrick Henry

The majority of Derrick Henry's college stats were compiled in his junior season, he rushed for 2,219 yards and 28 touchdowns, and he won countless awards and accolades, most notably the Heisman Trophy. He declared for the 2016 NFL Draft, and after a respectable performance at the NFL combine where he ran a 4.54 40-yard dash and did enough to be selected in the second round by the Tennessee Titans.

After splitting snaps in the backfield with DeMarco Murray, he exploded onto the scene in his third year with a 99-yard run against the Jacksonville Jaguars and finished the game as the first running back to have 238 rushing yards and four touchdowns all while handling less than 22 carries. He led the NFL in carries (303), rushing yards (1,540) rushing yards, rushing touchdowns (16) and 1st in the NFL in yards created. He led the Titans to the playoffs where he rushed for 182 yards to help defeat the New England Patriots. He followed up this performance with a 195-yard rushing performance against the Baltimore Ravens becoming the only player in NFL history to have at least 175 rushing yards in consecutive playoff games.

The Titans franchise tagged Henry after his third year but was later offered a contract worth up to 50 million dollars. In the 2020 season, he finished the year again as the leading rusher, and the leader in rushing touchdowns; and in both years he was also No. 1 in yards created.

Henry started strong in the 2021 season but suffered a foot fracture and was out until the Divisional Round of the playoffs where he returned and contributed 62 rushing yards and a touchdown, but ultimately lost to the Bengals. shortened season is even more remarkable considering he had his highest target share mark ever in his career, and no drops on passes to him, a sign that he had taken a step forward in his game and becoming a better receiver out of the backfield. He somehow finished the season with an RB22 fantasy ranking. Revered by many who follow the NFL, King Henry still reigns as the top power back in the NFL, and his ADP in fantasy drafts is locked in with the top five running backs.