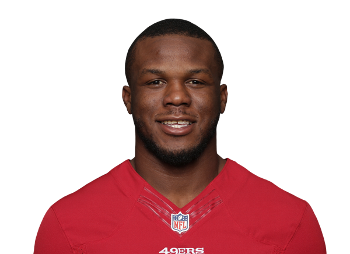 Who is Jeff Wilson

Despite the hefty numbers, Jeff Wilson Jr.’s name went uncalled in the 2018 NFL Draft. An unsatisfactory 4.62 40-yard dash didn't do him many favors. But it wasn’t so bad for him; he latched on with the San Francisco 49ers as an undrafted free agent. He was waived during roster cuts in training camp, but stuck around on the 49ers’ practice squad. He eventually worked his way into a promotion to the main roster, but only toted the rock 93 times in his first two NFL seasons. He got his big break in the 2020 season. After a myriad of injuries to the 49ers’ entire roster, including starting running back Raheem Mostert, Wilson got his chance to showcase his abilities as a starting running back. He didn’t disappoint. In Week 7, Wilson gashed the New England Patriots for 112 yards and three touchdowns on the ground after 17 carries. Wilson got hurt himself after that but got another opportunity to close the season. From Week 14 through Week 17, Wilson registered double-digit carries in every game and at least 16 in the last three. He rumbled for 350 yards in that four-game span and scored three touchdowns. As a receiver, he added a couple more scores. He ended the season as the RB32 in fantasy football.

Jeff Wilson Jr. proved his worth, but a knee injury forced him to open the 2021 season on the PUP list. He missed San Francisco’s first nine games of the season. By the time he returned, it was too late. Sixth-round rookie sensation Elijah Mitchell was putting up records in the 49ers’ backfield as the new starting running back and would not relinquish that role back. Wilson did fill in as the starter a few times, but aside from a 110-yard touchdown performance against the Atlanta Falcons, he could not find the same magic. Wilson's true yards per carry of 3.7 ranked 64th among running backs. His 18 evaded tackles ranked 59th at the position and his 63 routes run ranked 78th. He only played 38.6-percent of the team's snaps and registered just 8 targets which resulted in a paltry 3.5-percent target share Wilson is a good running back and will be back with the 49ers in 2022.