Well, Mad Caps… The Infirmary is loaded up heading into Week 4 and there are some big time names currently tending to their individual ailments. Running backs are beat to hell everywhere, a QB visiting the “Big Apple” will have no one to throw to and the Gronk-a-Saurus will miss a return to his old stomping grounds. Football cares not for an individual’s star power or grand narratives made for television; no, football is cold and heartless. It’s not all bad, though. Otherwise, would we all come back so willingly?

No, it’s rarely as bad as it seems. Sure, some key guys are out and others are hobbled, but this week there is some extra good news. Aside from the oft-mentioned “opportunity” that comes from injuries, players on short term IR are now eligible to return. The most notable name of this week is Curtis Samuel, who will make his debut for Washington Sunday after dealing with a groin injury. N’Keal Harry also returns for the Patriots big game, for those who still have that smidgen of faith left. Others will be returning to their teams over the next several weeks, as well. Including rookie receiver Rashod Bateman… (hint, hint). And now, let’s hit The Infirmary!

It’s unfortunate to see so many players in the uber-hyped Bucs/Patriots matchup out for the game, and White’s injury is a killer for New England. The oft-relied on veteran will miss the rest of the season. The opportunity here lies with J.J. Taylor. While his workout metrics won’t wow you, he did have an 11.15 (78th-percentile among qualified running backs) Agility Score. In addition, his Target Share in college was a stout 11.9-percent, which ranked in the 85th-percentile. The Patriots have been careful to hang on to Taylor; perhaps they’ve been prepared for just such a circumstance.

The Broncos are now down another wide receiver, and not at a great time; the Baltimore Ravens are in the Mile High City. Fortunately for the Broncos, they still have plenty of talent at other skill positions. As for the Packers and quarterback Aaron Rodgers, the loss of MVS could be much more significant. It’s well known the lack of talent at wideout in Green Bay, and while Valdes-Scantling may not be reliable for fantasy, he’ll be missed on the field. In his absence, Allen Lazard will likely return to some sort of relevancy. Yes, not exactly exciting, but get outta here with Randall Cobb.

Eeesh. What a list, huh? As rough as today might be for fantasy owners without Jones and Brown, Titans quarterback Ryan Tannehill will miss them much more. Sure, signs point to a massive Derrick Henry day, but Tannehill will still have to throw the ball, even against the woeful Jets. Nick Westbrook-Ikhine and Josh Reynolds are the top names mentioned. And veteran Chester Rogers , who was a solid role player for years while with the Colts, could be a sneaky play in daily lineups on Sunday. But don’t forget about tight end Anthony Firkser. 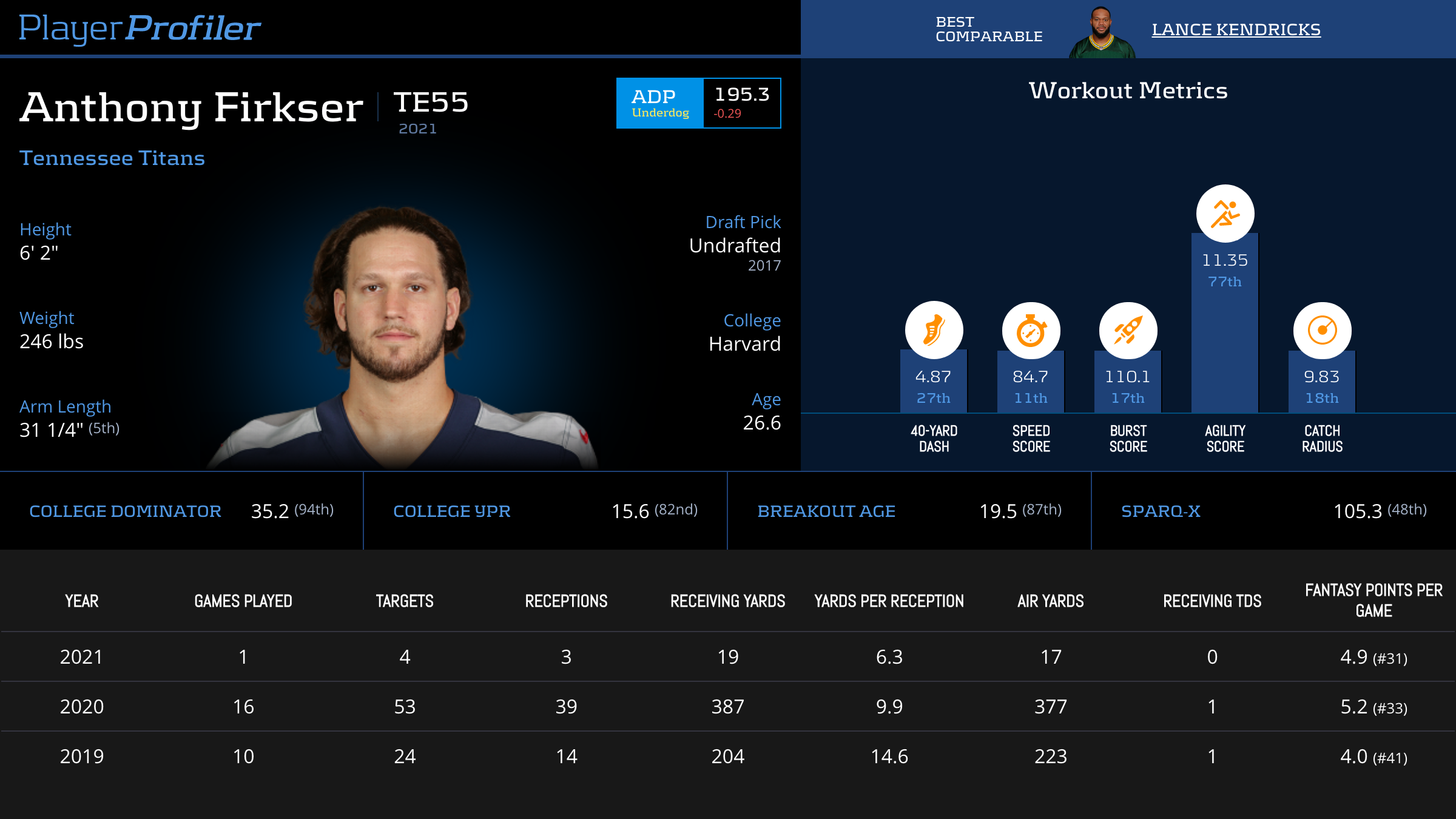 In a matchup with the Cowboys, Carolina will be without stud running back CMC. What does this mean for Sam Darnold? While he’s certainly been good post Adam Gase, he hasn’t been asked to set the world on fire, either. Rookie Chuba Hubbard and newly-acquired Royce Freeman will handle the load on the ground, the latter of which may prove to be the better option. Also not setting the world on fire, Matt Ryan and the Falcons. Another week without Gage mean another week of Olamide Zaccheaus. True, he had but three receptions for 31 yards last week, but he totaled six targets and nabbed a touchdown.

Gronk and Gio missing the big Brady/Belichick reunion in Foxborough stinks. Though truly wishful thinking, it would have been nice to have full hands on deck for both squads. Know what else stinks? The Giants. Even more so without Slayton and Shepard. Some say it’s Kadarius Toney season. However, it’s important to note that free agent acquisition wideout John Ross came off of IR this week and is eligible to play. Uber-cheap on DraftKings. Although, it’s unlikely to matter during a trip to NOLA, the Saints’ first actual home game of the season.

It’s ok everyone… LJax appears good to go for Sunday. No end zone flipping shenanigans will keep this dude down. In fact, just about every player on this list should be good to go for week four action. Several teams will be glad to have their running backs returning, though there is concern for one team. Reports out of San Francisco state that Mitchell won’t play this week, leaving Trey Sermon once again as the Niners lead back. Yuck. Double yuck with a side of yuck. This Shanahan run game has really hit a rut, eh?

Not much to sift through here. For Chicago, Dalton is unlikely which will give rookie QB Justin Fields another crack at the starting job. Let’s hope it goes a little better this time around. Expect to see more Freddie Swain as the third WR for the Seahawks, or second if Tyler Lockett misses. And don’t sleep on Swain; the second year wideout has a solid player profile and had a big week two, catching five passes on five targets for 95 yards and a touchdown. Even if Lockett goes, both Eskridge and Gerald Everett are out, leaving plenty of opportunity.

It’s a bit of a mess this week, isn’t it? While there was plenty of good news pertaining to running backs, the wide receivers dropped like flies. And don’t expect things to get much better. As previously mentioned, football is a damn cold and heartless beast. For all intents and purposes, the football season is hardly underway. At Week 4, we still have 13-no…14!- weeks of games left to be played. The fantasy season is always a bumpy ride, but a ride that should not be missed. Just keep up with The Infirmary to help with those stressful, injury-induced decisions that must be made.