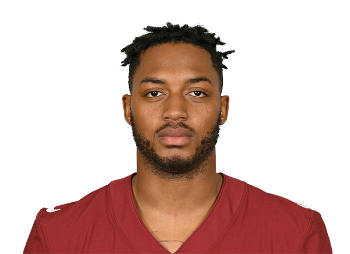 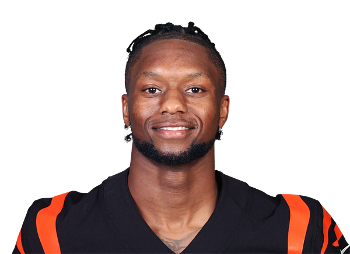 Antonio Gibson May Get Less Work In 2022

Washington Commanders running back Antonio Gibson had a ...

Antonio Gibson's Usage Could Be Unpredictable

Who is Antonio Gibson

Soon after the Washington Commanders drafted Antonio Gibson at the 3.02, a significant opportunity opened as the team cut starting running back Derrius Guice and later released backup Adrian Peterson. With only a 47.3-percent (No.33) Opportunity Share, Gibson was still able to finish with 170 (No.18) Carries for 795 (No.18) Rushing Yards. He was able to force defenders to miss, tallying 58 (No.13) Evaded Tackles and 8 (No.12) Breakaway Runs, leading to 715 Yards Created. His efficiency led to 11 (No.7) Total Touchdowns on just 31 (No.22) Red Zone Touches.

In 2021, Gibson continued his tear. Although he saw a slight drop in efficiency across the board, his snaps skyrocketed. However, his 14.3 (No.17) Fantasy Points per Game were not indicative of his success. Although Gibson was raised as a receiver and the Commanders spent most of their games in negative game script, Gibson was used in the passing game sparingly. It wasn’t till Week 12, when J.D. McKissic received a concussion, that Gibson was able to come down with more than three balls in a game and consistently see more than 13 routes run. He had at least five catches in three of the next five full games, finishing as RB6 or better in four of them. While fully healthy from Weeks 12 to 15 he commanded a 16.9-percent target share compared to only a 10.4-percent season average.

The Commanders have many moving pieces which could affect Gibson moving forward which is evident by his ADP. McKissic is a pending free agent, Curtis Samuel’s usage is a question mark, and the quarterback position could be up in the air. He needs to show a major improvement in run-blocking to be more of a three-down back. Regardless, Gibson should be treated as an RB1 for 2022 and beyond.