Nine weeks down, nine left to go. It’s crunch time as fantasy football leagues approach the playoffs. The Bears, Bengals, Texans and Giants are all on BYE this week. Hey, it could be much, much worse. Remember Week 7? That was fun, right? Perhaps a petition is in order; to never schedule a six-team BYE week again. Not to make this week sound as though it’s a peach. No, week ten presents all sorts of obstacles.

That said, Week 10 also presents that most wonderful word, “opportunity.” As always, that is the key to mining the positive out of injury news; evaluating where the opportunity lies. In some cases, it’s nearly impossible to decide. As for this week’s action, there’s chaos abound. Returning quarterbacks, backup quarterbacks, beat up backfields and a star wideout on a new team- this week has it all. Relax… The Infirmary has it covered! Let’s get into it…

Sure, it’s great Dallas is getting Gallup back, and Miller’s return for Tampa would come at a much needed time. The big news, however, is Seattle getting their signal caller back. Wilson and the Seahawks are gearing up to make a run, and it‘s time to simply Let Russ Cook. It’s entirely possible; coach Carrol’s recent comments suggest he’s aware of his fate sans the great quarterback. It’s like Russ himself said – “No more pin, time to win.”

Poor Sammy. That fresh new start didn’t work out quite as well as he, or many others (including this writer), had hoped. A bummer for Darnold, but it’s left football fans with a compelling storyline to follow through the second half of the season; the return of Cam Newton to Carolina! This could produce fireworks, or it could be a complete train wreck. Or maybe, it’s a bit of both. Either way, Super Cam is back! But not yet… P.J. Walker gets the start this week.

Julio hit the IR after several weeks of missed practices and questionable tags. At this point, his time in Tennessee has been disappointing. Perhaps some time off to get healthy is just what he needs to contribute more upon his return. The surprise name here is Woods. On Saturday, good ole Bobby Trees tore his ACL during practice. Luckily for the Rams, the arrival of the newly acquired Odell Beckham is imminent. While it’s very unfortunate for Woods, things are shaping up nicely for OBJ on his new squad.

Cleveland’s running back room got smacked with Covid this week, leaving D’Ernest Johnson as the lone wolf in the backfield. Though he excelled the last time he was called upon for relief duty, this week he’ll face the Patriots defense in Foxborough, a much taller task. Brian Hill and Dexter Williams, whom fantasy diehards are familiar with, were called up from the practice squad to provide depth. James Conner, who already has 10touchdowns, will continue his strong season with Edmonds out. However, the tough Carolina run D poses a threat to his production. Eno Benjamin takes backup duties.

In Pittsburgh, the Lions will be without Williams which means D’Andre Swift will be the featured back. Rookie Jermar Jefferson may get some work, along with Godwin Igwebuike. However, the pair weren’t involved last week until late in the game and the Lions were cooked. It’s Swifts backfield. Unfortunately, the opportunity comes against the Steelers defense. Speaking of Pittsburgh, they’ll be without Big Ben and Claypool. Good thing they have depth; James Washington and Ray-Ray McCloud can produce when given the chance.

That said, running back Najee Harris could be the top beneficiary of Claypool’s absence. Particularly with Mason Rudolph starting behind center.

Mark Ingram will start in place of Kamara for the Saints on Sunday, with Dwayne Washington behind him. They do have grandpa Lamar Miller and Josh Adams on the practice squad… Tampa Bay will head to Washington without both Gronk and AB. Godwin is also banged up. Que up the Tyler Johnson boom game. 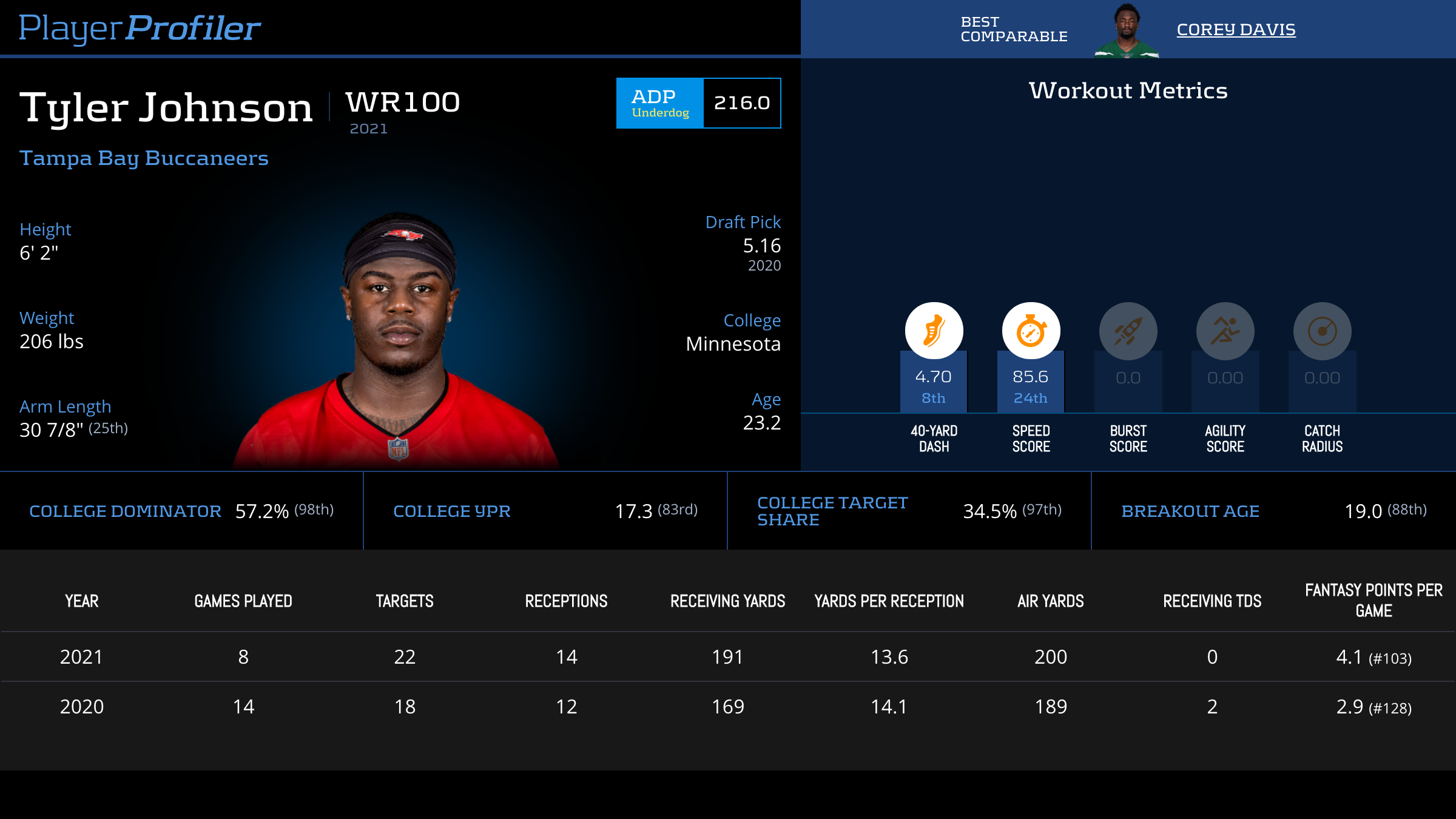 No Jackson means Joshua Kelly hails backup duties, yet again. He doesn’t have a huge lead over rookie Larry Rountree, but Kelly did out-touch him 4-1 last week. It’s good to know the backup! Wilson looks likely to be sidelined another week, which opens up the door of opportunity once more for the delectable Mike White.

The bad news here is that Murray is likely out for the Cards. Backup Colt McCoy played well in Murray’s absence, and should do so again. Don’t expect a big fantasy day from him, however. While Hopkins and Moore are game time decisions, AJ. Green is set to return. The hope is Robinson can go for Jacksonville, otherwise we’re in store for more of Carlos Hyde. Yuck. At least it sounds like Godwin will suit up for the defending Champs.

Should Stevenson be good to go for the Patriots, he’d be a solid play with fellow RB Harris on the sidelines this week. If he sits, Brandon Bolden becomes even more interesting. It also appears as though the Jets No. 1 wideout will return after missing the past two games. While Davis was out, rookie Elijah Moore announced his arrival to the NFL. He totaled 13 receptions for 151 yards and two touchdowns in those games. Davis has true competition for targets going forward.

Another wild week of injury news can only mean one thing; another wild week of football. Honestly, we’d likely be getting that anyway. It’s just how football is. The same goes for fantasy football, so managers must always be on their toes! Through late adds to the injury report and surprise torn ACLs, The Infirmary is here to guide fantasy managers through the stormy season. Hang on tight! The sailing isn’t likely to get any smoother…