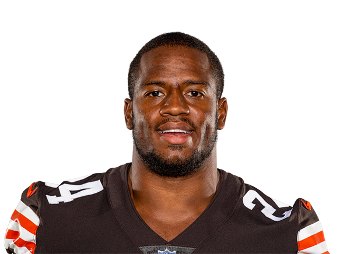 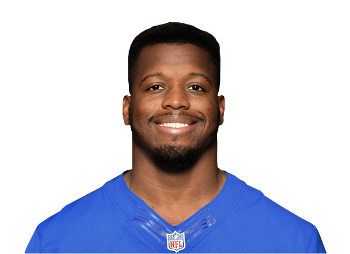 Cleveland Browns running back Nick Chubb will look to break...

Who is Nick Chubb

In his true freshman season as a Bulldog, Nick Chubb rushed for 1,547 yards and 16 total touchdowns adding 18 receptions for 213. The following year, Chubb appeared poised to best his prior season yardage totals but sustained a horrific looking knee injury and only played in 6 games before missing the remainder of the season. Chubb returned in 2015 and rushed for over 1,000 yards while splitting the backfield with Sony Michel. Chubb continued to split the touches with Michel in 2017 as a senior but still rushed for 1,345 yards scored 15 total touchdowns.

Nick Chubb entered the 2018 NFL draft and tested at the NFL Combine running a 4.52 40 time. Measuring at 5 foot 11 inches and 227 pounds Chubb is the ideal size of an NFL bell cow back. He was selected with the third pick in the second round of the NFL draft by the Cleveland Browns, for picks after his teammate Sony Michel.

In his rookie season Chubb was in a three-way committee with Carlos Hyde and Duke Johnson yet still lead the Browns in rushing with 996 yards despite seeing a 37.4-perecnt snap share. Chubb has finished inside the top ten in rushing since his rookie season and was second in the league in rushing in both 2019 and 2021. He has also never finished outside the top ten in the league in Yards Created with a career high 906 Yards Created in 2021 (no. 4 among qualified running backs). The only flaw in Chubb game from a fantasy perspective is his lack of involvement in the passing game as he has only averaged 21.5 targets per season despite seeing a career high 50 targets in 2019.

Nick Chubb will likely be one of the better runners in the NFL for the next couple of seasons. His fantasy ceiling remains limited though without significant target volume. That said a high touchdown total could boost Chubb into a top five fantasy finish without any increase in his target volume.