Apologies for disturbing that post-Thanksgiving coma, but there is still plenty of football left in Week 12 of the NFL season. Besides, that Turkey Day slate left much to be desired. It’s bad enough there was no Justin Fields, Amari Cooper, CeeDee Lamb or Alvin Kamara; then the day kicked off with D’Andre Swift exiting due to a shoulder sprain.

That said, no hard feelings towards those who rode the Tryptophan Train to Sleep Town. Sunday will be much more entertaining, with some key divisional matchups and teams jockeying for playoff seeding. Heat up those Turkey leftovers, kick back and enjoy another day of bird and ball. There’s work to be done first, however. The Infirmary is a busy place…

Hunt is set to return to the field this week in what is a huge addition for the Cleveland offense, which has seen its fair share of struggles as of late. His Yards Created/Touch was 3.91 before the injury, good for No. 6 among qualified running backs. He also registered a +9.9 Production Premium (No. 7 at the position). A boon of a return indeed.

O’Shaugnessy looks to suit up Sunday, though it matters not. Dan Arnold is the man in Jacksonville. Sticking with the tight end position, Thomas’ return couldn’t come at a better time; fellow Washington TE Seals-Jones is doubtful for Sunday’s game. Thomas is a proven weapon, and quarterback Taylor Heinicke would be wise to use him.

Penny again? The poor guy just can’t stay on the field. Neither can anyone on the Titans offense, as Brown joins Julio Jones on the reserve. After Nick Westbrook-Ikhine and Chester Rogers, Cody Hollister and rookie Dez Fitzpatrick round out the depth chart. Westbrook-Ikhine is the one to look to, as he capitalizes on last weeks success; he tallied seven receptions for 107 yards. He’s the default No. 1 wideout until further notice.

It appears Zach Wilson will finally get back under center for the Jets. Unfortunately, he’ll be without the fellow rookie Carter, who had been coming on as of late. Let’s just hope Wilson doesn’t kill Elijah Moore‘s momentum. Their fellow New York team, the Giants, are seemingly always well represented here in The Infirmary With Shepard out and Toney doubtful, eyes should go to John Ross should he be able to suit up. 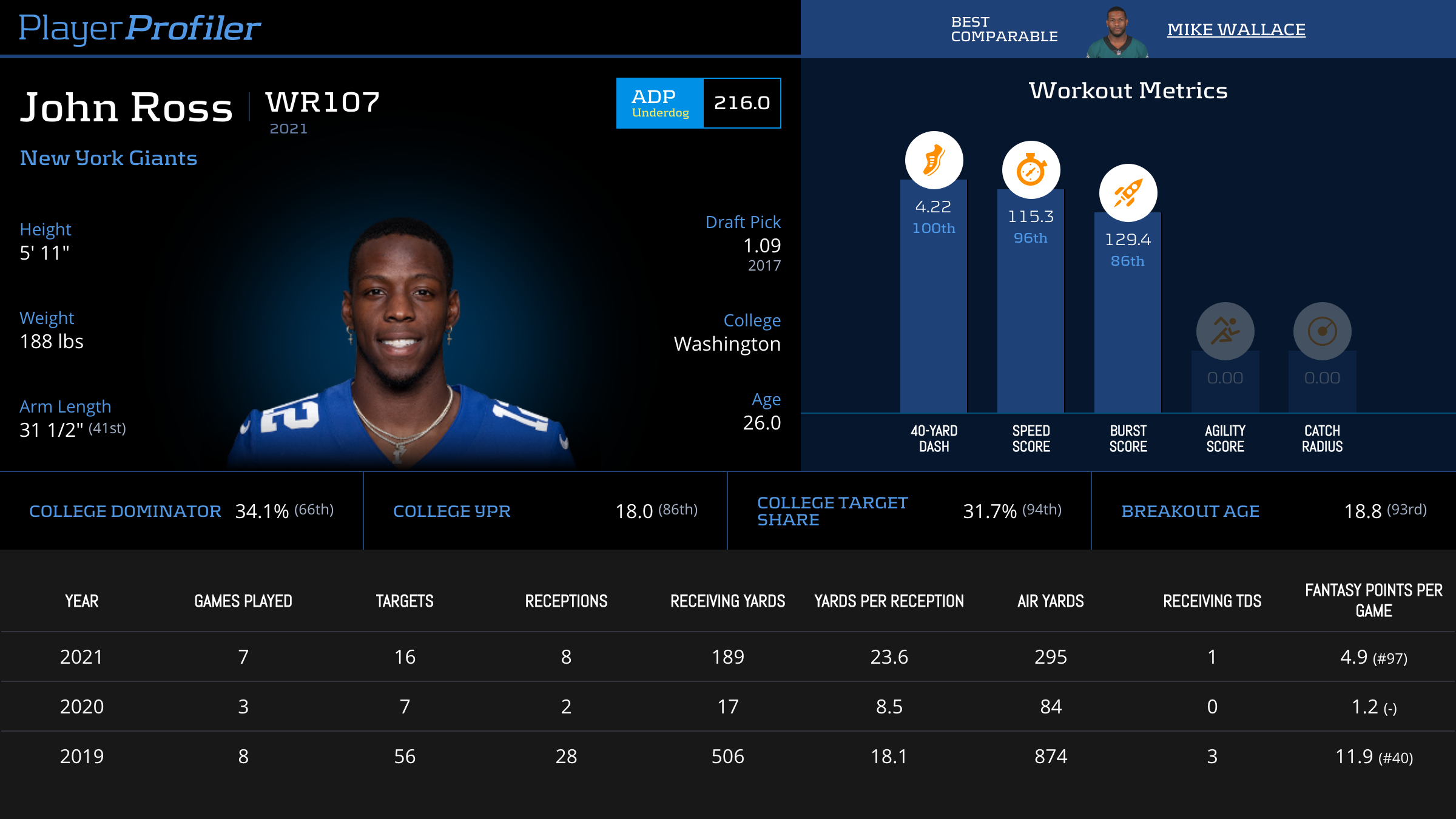 Ross had a big Week 4, back before Toney started to flash his potential. After weeks of nursing a quad injury, though not missing a game, perhaps it is now that he will be once again called upon to produce.

It’d be nice to see Toney play a stretch of games this season, but the injury bug has bitten. In truth. It seems as though the Giants entire offense has dealt with the bug. Davis likely missing for the Jets should boost the rookie Moore, but there’s no telling what Wilson will look like after his time off. It certainly doesn’t help his first game back he’s down multiple weapons. Aside from Moore, slot man Jamison Crowder will look to become a bigger factor. He had a solid Week 11, catching six of seven targets for 44 yards and a touchdown. And he’s only $4,700 on DraftKings.

Patterson is a game-time call on Sunday, and the Falcons better hope he plays. The talented vet has been used in a variety of ways this season, and currently sits 10th in fantasy points amongst running backs. In other news at the position, Barkley and Mitchell are both likely to play Sunday. No news out of New England on the Patriots backs (go figure). If either back, or both, are unable to go, look for Brandon Bolden to take the lead. 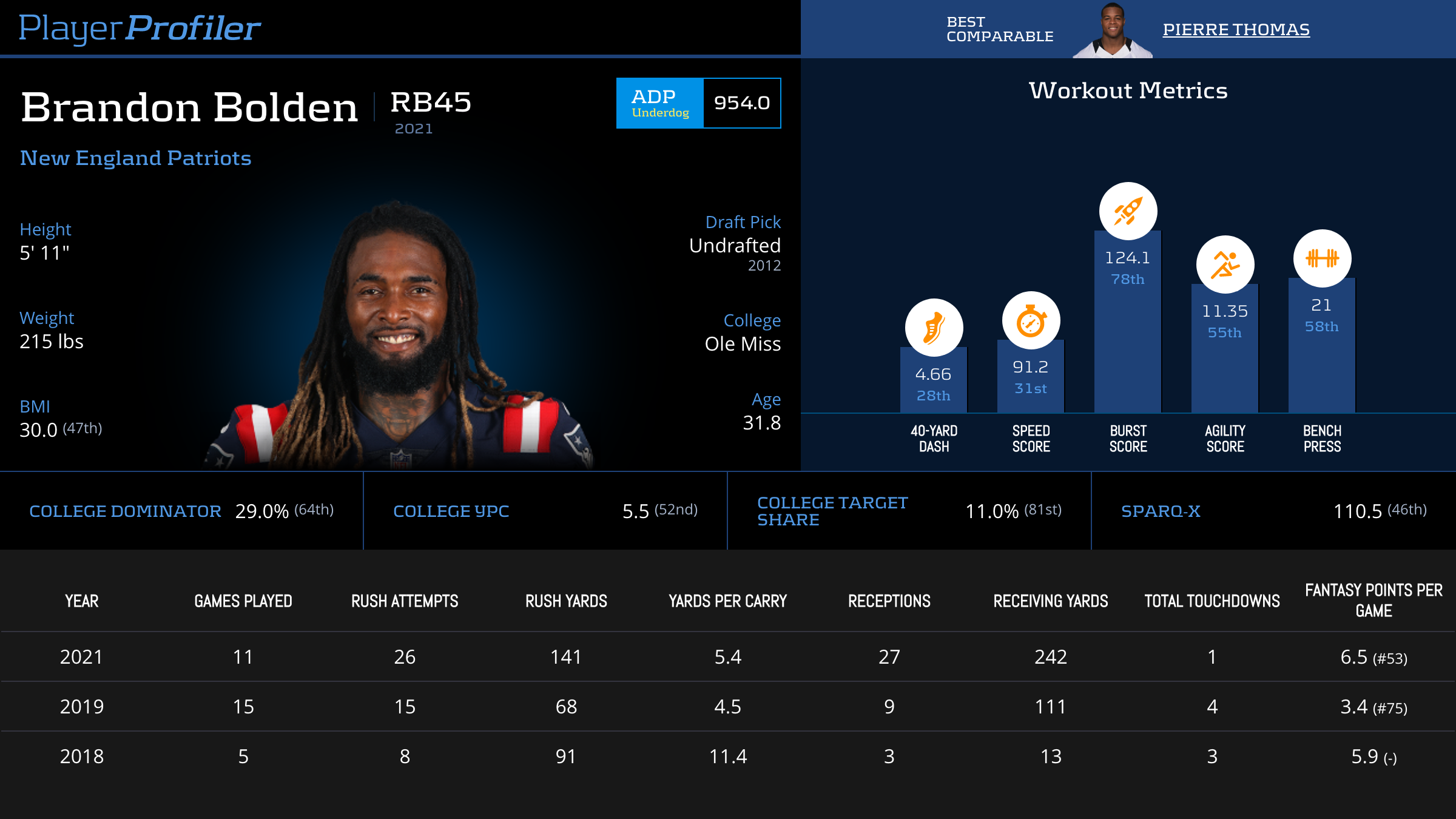 For Cleveland, who is already missing Schwartz, the absence of Peoples-Jones might hurt more if not for the return of Hunt. In another return, the Ravens not only get L Jax back, but there’s a good chance Hollywood Brown suits up, as well. A.J. Dillon has been solid in Jones’ absence, but let’s hope he gets back for the Packers; they need full hands on deck for the looming battle with the Rams at Lambeau.

The Turkey Day games may not have been the most exciting, but football is sure to make up for it this Sunday. Potential shootouts, player returns and intriguing storylines highlight what could be an excellent day of action. Although unfortunate, injuries are as much a part of it as the kick off and the touchdown. As always, The Infirmary will be here to report on said injuries and all news that follows. For now, get those leftovers and get ready for week 12 fun.