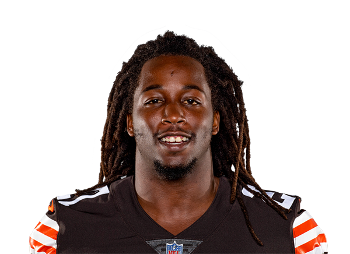 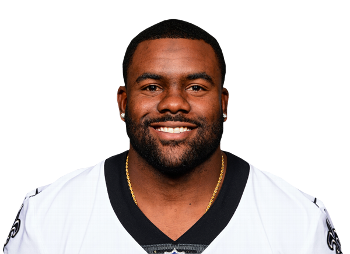 Cleveland Browns running back Kareem Hunt has struggled to ...

Cleveland Browns running back Kareem Hunt has been ...

Who is Kareem Hunt

Kareem Hunt’s talent and production prompted the Kansas City Chiefs to select him in the third round of the 2017 NFL Draft. A torn ACL to starter Spencer Ware prompted the Chiefs to throw Hunt into the fire. Hunt immediately made the most of his opportunity by running for 1,327 yards and eight touchdowns on 272 carries as a rookie and caught 45 balls for 455 yards and three touchdowns. His 11.6-percent target share would've been exceptional for any running back, let alone a rookie. He followed that up with 824 rushing yards and seven touchdowns and 26 receptions for 378 yards and seven touchdowns through 11 games of the 2018 season. But, a February incident where Hunt was caught on video pushing and kicking a woman was released, which prompted the Chiefs to release him.

Kareem Hunt was not charged for the domestic violence incident but was suspended eight games of the 2019 season because of it. The Cleveland Browns bit the bullet and signed him before the suspension was levied. When Hunt returned, he instantly added value as a receiver. In eight games, Hunt hauled in at least five receptions in five of them. He only ran 43 times for 179 yards and two touchdowns but brought in 37 receptions for 285 yards and another touchdown. The following season, however, Hunt formed a terrifying dynamic duo with fellow star teammate Nick Chubb. After signing a two-year $13.25 million extension, his carry total jumped all the way up to 198 attempts that went for 841 yards and six touchdowns while maintaining a near-identical receiving output. He finished as the RB10 in fantasy.

Hunt’s production was similar in 2021. His 3.61 yards created per touch finished 8th among running backs. His 3.61 yards created per touch ranked eighth among running backs. His 26-percent juke rate (evaded tackles per touch) ranked 28th at the position. His breakaway run rate ranked 11th. But nagging injuries resulted in Hunt playing only eight games and finishing the season as the RB50 in fantasy and the RB21 on a per-game basis. He failed to live up to his ADP as the RB23 heading into the 2021 season. Hunt was great for the Browns, but his contract expired in 2021 and will be a free agent again in 2022. It's unlikely the Browns will ink another running back to a hefty deal. Kareem Hunt’s future is murky, but we’ll soon have answers as to what it holds.