The worst part of our beloved game is the frequency of injuries. It’s an unfortunate byproduct of such a fast-paced, contact-heavy sport. It’s something that is important to remember as we approach the first full week of the preseason. Luckily for the NFL players, they have access to some of the best doctors in the world and can usually return to form at least by the next season. Unfortunately for us fantasy players, it’s not always easy to know when a player will get hurt. To another degree, sometimes your roster isn’t big enough to plan ahead for an injury. This series, the Infirmary Report, will give you advice on the injuries that have happened every week during the season. Without further ado, here are the injuries from Week 2 of regular season action.

Injury: Conner injured his ankle against the Raiders.

After the injury, Eno Benjamin had five carries and four targets, and Darrel Williams had eight carries and three targets. Williams also saw all goal line snaps. Depending on the severity of James Conner‘s injury, it looks like Williams would be the back to pick up. The fact he saw all the goal line snaps shows that he has more potential to score than Benjamin. However, it will likely stay a near 50/50 split.

Injury: Duvernay suffered a concussion against the Dolphins.

Devin Duvernay had been lighting it up so far this season with three touchdowns scored already. It’s only a concussion, so he could be back next week depending on how he progresses through concussion protocol. Keep your eye on his status over the week.

Injury: Sample suffered a knee injury against the Cowboys.

Drew Sample was already the backup tight end to Hayden Hurst and was really only used a blocker. He had one catch last week for two yards while Hurst had five catches for 46 yards. The Bengals offensive line woes continue. Hurst may have to block more, and Joe Burrow may be in for a rough season. They just lost to the Cooper Rush Cowboys after already losing to the Mitchell Trubisky led Steelers.

Cowboys TE Dalton Schultz suffered a knee injury late in fourth quarter of today's win over Bengals. No concern about ACL structure, person familiar with situation said, but Schultz was forced to miss the game-winning drive. MRI on Monday to reveal more details.

Injury: Schultz suffered a knee injury against the Bengals.

It appears as if the Dallas Cowboys have been cursed. Injury after injury is plaguing this receiving corps. Somehow they defeated the Bengals. With Dalton Schultz going down, it’s going to be the CeeDee Lamb and Tony Pollard show going forward. Hopefully this injury isn’t serious, and he can be back out soon. Also, Michael Gallup should be returning soon which helps. But for now, look for Cooper Rush to try his best with Lamb, Pollard, Tolbert and crew.

Injury: Jeudy injured his ribs in the game against the Texans.

Expected Return: He is Questionable for Week 3.

The x-rays came back negative so things should be okay for Jerry Jeudy. Jeudy already had a 100 yard game, so hopefully he can return soon and get back to playing at a high level. If he does miss time, then obviously all Broncos pass catchers get a boost. K.J. Hamler missed Week 2 but should be out there for Week 3. He could have a chance at a breakout if Jeudy misses.

Here’s where Mecole Hardman was injured. You can see his left ankle get trapped under the defender as he goes to the ground. He tried to get taped up and return but was quickly back on the #Chiefs sideline. pic.twitter.com/RQUZrYLhkM

Injury: Hardman injured his ankle against the Chargers.

If this injury is serious, then of course every Chiefs pass catcher’s value will increase. Mecole Hardman tried to return to the game but had to re-exit, so it does seem like a somewhat serious ankle injury. Skyy Moore may finally get the chance at passing volume.

Injury: Renfrow suffered a concussion against the Cardinals.

Hunter Renfrow led the Raiders in targets in Week 2 before fumbling and giving the game away in OT to the Cardinals. Renfrow is in concussion protocol now because of the hit that caused the fumble. With concussions, players can play the following week depending on if they clear the concussion protocol, so keep your eye on it over the week. Davante Adams and Darren Waller get a big boost if Renfrow does miss. Potentially, even Keelan Cole or Mack Hollins will get a boost, but it’s unclear which one.

From @NFLGameDay: #Chargers QB Justin Herbert got good news following his tests, with a chance to play despite fractured rib cartilage. pic.twitter.com/Jr8xN2kTO3

Injury: Herbert hurt his ribs against the Chiefs.

Justin Herbert is one tough sun of a gun. He was clearly in pain after fracturing his ribs late in the Week 2 matchup against the Chiefs and continued to sling it. He even threw a touchdown to bring the Chargers within three points. He is able to play Week 3, but he will be battling pain. I imagine the dude will battle through the pain and be out there Sunday but keep your eyes on it. Chase Daniel is the backup, so everyone’s value probably takes a hit if Herbert misses. However, Ekeler may see a ton more volume if Daniel is at the helm.

Injury: Trey Lance broke his ankle against the Seahawks.

No one wants to see a season ending injury- especially to a QB as promising as Trey Lance. Unfortunately, that’s what happened Sunday. As a result, it’s Jimmy Garoppolo season in San Francisco. 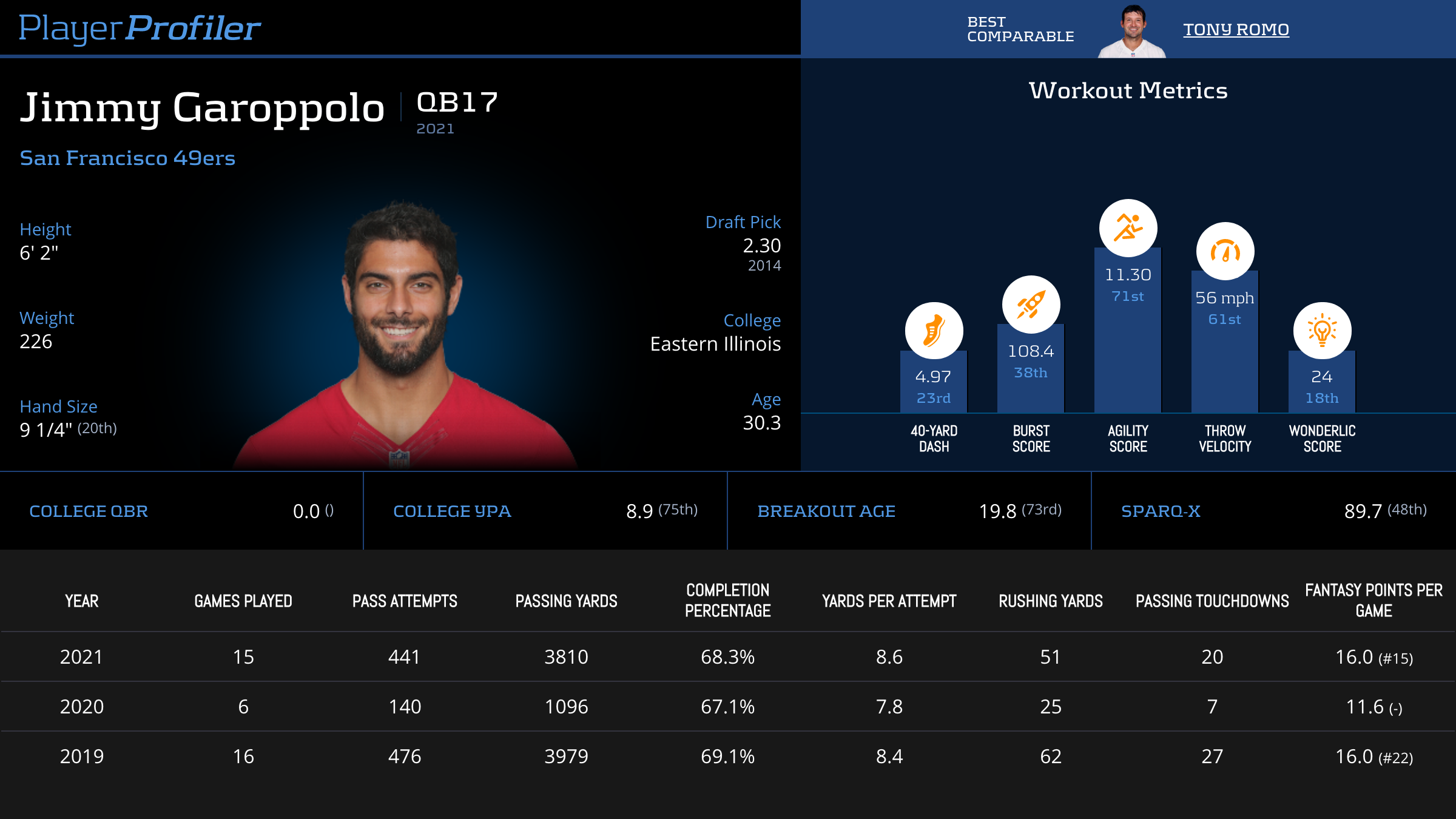 While Garoppolo isn’t as shiny as Trey Lance, the offense does click when he’s leading them. Deebo Samuel, George Kittle, Brandon Aiyuk will all get an increase in volume with the QB change.

Injury: Bernard injured his ankle against the Saints.

It’s not like Giovani Bernard ever really saw that much volume, but I think it’s important to note just to see how it affects Rachaad White. White will see more snaps now and is clearly the RB2. If Bernard misses a significant amount of time, White will be a great handcuff to own.

Michael Pittman Jr. (quad) has been ruled out vs. the Jags pic.twitter.com/IV6rbeXpk4

Injury: Pittman was Questionable all week leading up to the game and ending up being downgraded to Out due to a quad injury.

Key Takeaway:
In Week 2, with Pittman’s absence, it was the Ashton Dulin show. Dulin needs to be picked up as he has solidified himself a role on this offense even when Pittman returns. Parris Campbell has been ineffective while Dulin has been targeted plenty over the past two weeks. Pittman will hopefully be back this week, but it is something to monitor.

Key Takeaway:
Mark Ingram actually looked decent in Week 2 during Kamara’s absence, but the Saints as a whole couldn’t get anything going against the tough Tampa front. So if Kamara continues to miss time, Ingram is a fine fill in as long as he’s not playing the Bucs. You should also be wary of Taysom Hill getting a goal line carry. However, this was hopefully just a one week rest for Kamara, and he will be back out there in Week 3.