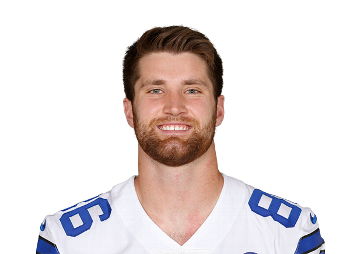 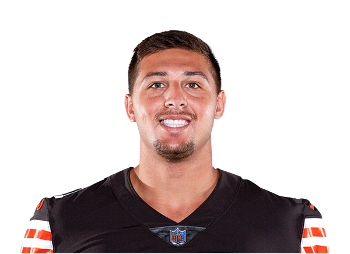 The Dallas Cowboys placed the franchise tag on tight end ...

The Dallas Cowboys are seriously considering placing the ...

Who is Dalton Schultz

Though Dalton Schultz only caught as many as four passes once & never posted more than more than 46 yards in a game for the Cardinal, he was named first-team All Pac-12 in his final season, largely due to strong run blocking skills in support of Bryce Love. Despite a middling 4.75 40 time, modest college stats and average workout metrics, the Dallas Cowboys drafted Schultz in the fourth round of the 2018 draft.

In his first two seasons as a Cowboy, Schultz played sparingly behind future Hall of Famer Jason Witten. When Witten retired before the 2020 season, Schultz assumed the primary tight end role, jumping from a 13.4-percent (No. 113) snap share in 2019 to, being active on 85.9-percent of the team's 2020 snaps. Seeing 290 slot snaps and an incredible 529 routes run, Schultz quickly became a favorite target of Dak Prescott & Andy Dalton. Despite posting only 9.8 (No. 28) yards per reception and 1.16 (No. 31) yards per route run and despite possessing a wingspan and hand size both outside the top 130 TEs, Schultz caught 70.8 percent of his 89 targets, finishing 2020 with a respectable 9.2 fantasy points per game and the No. 16 fantasy ranking.

In 2021, Schultz put an iron grip on the Cowboys' primary tight end role with an 82.4-percent snap share, more than twice that of 2017 UDFA Blake Jarwin. With Targets jumping to 112 (No. 4) and average target distance rising from No. 35 to No. 13, Schultz posted a steady 12.5 (No. 5) fantasy points per game. He posted an impressive eleven TE1 weeks during the 2021 fantasy season. He rode these two successful seasons to get franchise-tagged by the Cowboys in hopes of getting a long-term deal done.