The draft is a week away, so now is the perfect time to take a look back on the 2021 season. The 2021 season brought with it many surprises. Justin Tucker broke the record for the longest field goal, Antonio Brown had a meltdown, and some players outperformed their ADP. Drafting studs in the later round is the cheapest way to find fantasy football success, but it isn’t always easy. Let’s take a look at some wide receivers who surprised us all by outperforming their ADP, and speculate on if they can repeat the same level of success next year.

The 17th WR taken in the 2021 NFL Draft finished as the third best 2021 rookie WR, behind Ja’Marr Chase and Jaylen Waddle. Amon-Ra St. Brown finished the season with an impressive six-week run, averaging 25.18 Fantasy Points per Game. Before those six weeks, The Sun God was likely on your waiver wire. Those that picked up the Lions slot receiver likely made a run in their fantasy playoffs, and maybe even won their league because of St. Brown’s efforts.

It is definitely possible, but I have to lean no. In Amon-Ra St. Brown‘s end-of-season push, there was not a single game where he, T.J. Hockenson, and D’Andre Swift were all active. The best example would be Week 6 from last year. St. Brown had 9.6 points, Swift had 17.7, and Hockenson has 15.4. That’s mediocre to good production from all three, but it really highlights that the ceiling we saw at the end of last season is not the same ceiling he would have next season if everyone is healthy. To add to that, the Lions signed D.J. Chark and it is unclear how the targets will be distributed.

How well St. Brown and T.J. Hockenson thrive with Jared Goff is the much bigger question.

The Lions averaged 34.9 (No. 12) Team Pass Plays Per Game last season. If those targets are evenly distributed among those four, that’s 8.7 targets each. St. Brown averaged 11 targets a game in the six-game stretch, so that would be nearly three less targets, or 51 over the course of the season.

This was Hunter Renfrow‘s first NFL season with over 100 targets, and it was a good one. Yes, Darren Waller missed six games while Henry Ruggs was arrested for a DUI and released. But Renfrow was producing early in the season with both of them there as well. He was the very definition of consistent last season, averaging 15.2 Fantasy Points per Game and 7.5 targets per game. He also 24 (No. 6) red zone targets. His lowest scoring game was Week 15 where he scored 6.2 points. Fun fact, Renfrow had a lower ADP than teammates Ruggs and Bryan Edwards.

Let me start by saying Hunter Renfrow will definitely remain consistent, but I doubt he will have another top 10 fantasy season. The Raiders went out and traded for Davante Adams, Derek Carr‘s college teammate. That move hurts Renfrow’s value. You have to imagine his 30.8-percent Red Zone Target Share will go down. He will more than likely still finish as a WR2 though, just probably averaging closer to 10.0 Fantasy Points per Game than 15.0 FPPG.

With an ADP 28 spots lower than teammate Brandon Aiyuk (60.8), Deebo Samuel‘s ascent to Pro Bowl “Wideback” was everything but expected. Samuel dominated in all areas of the game, finishing the year with 1,405 receiving yards, 365 rushing yards, and 14 total touchdowns. Like Renfrow, it was Samuel’s first season with over 100 targets and it was impressive to say the least. He finished 777 (No. 2) yards after catch, with league-leading marks in yards per target (11.7), yards per reception (18.2), and 2.82 Fantasy Points Per Target.

He sure thinks he can as it is being reported that he wants a bigger contract. He will definitely repeat if he gets the same volume, but it is likely he won’t be utilized the same way he was. Listen to what The Podfather had to say about Deebo Samuel next season.

But also if he does get the same utilization as last year, he still carries the injury concerns that gave him a low ADP last season to begin with. 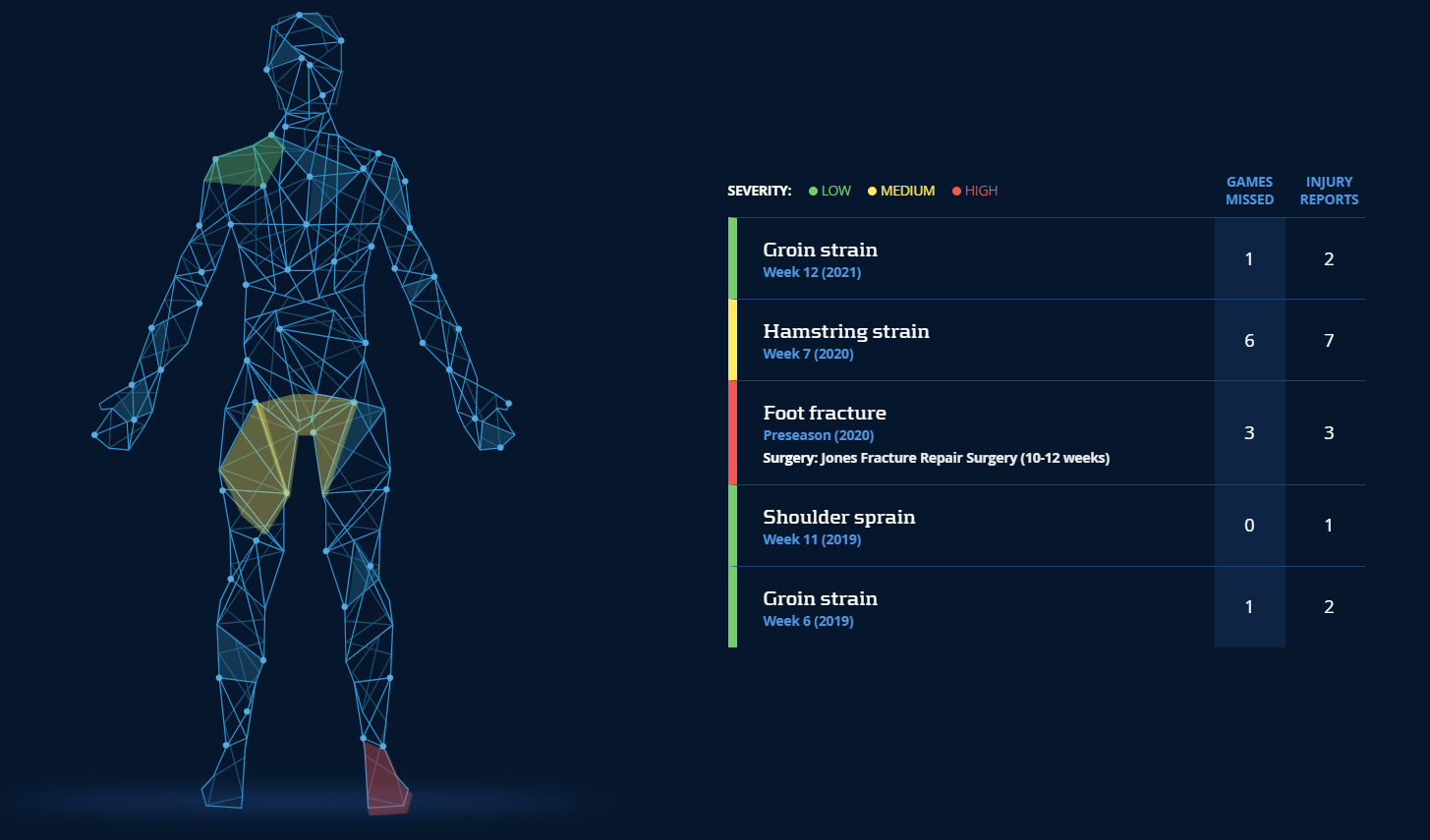 Even if he does lose out on the rushing stats, which added a lot of value for sure- Samuel will still be a great fantasy asset if he stays healthy. He still had 1,400 receiving yards off of only 77 catches. Plus he is only 26 years old.

Ja’Marr Chase started the year saying the NFL ball was hard to catch and then finished the year with the 2nd most receiving yards by a rookie in NFL history, making him the Offensive Rookie of the Year. Chase was drafted on average 10 spots lower than teammate Tee Higgins who had an ADP of 64.8, and only 17 spots higher than Tyler Boyd (91.2). What’s impressive is that Chase’s 23.7-percent (No. 23) Target Share was essentially the same as Higgins’ 23.9-percent (No. 22) mark. But Chase had more receptions, yards, and touchdowns. The touchdown part is even more impressive because Higgins had a 26.0-percent Red Zone Target Share, while Chase only had a 20.7-percent mark.

Not only will next year be just his second year in the NFL, the Bengals are working hard on fixing their offensive line. Fixing the offensive line will give Joe Burrow more time, which means the offense should get even better. Not only should Chase’s Red Zone Target Share should go up next season, but so should his targets in general. He only had 128 (No. 17) targets. There is a reason that he is the dynasty WR2 right now, and I would definitely argue that the ranking is too low.

Cooper Kupp had the highest ADP out of these receivers, but no one could have predicted he would finish the year with the Triple Crown. The first person since 2005, when Steve Smith also the league in receiving yards, touchdowns, and receptions.

Kupp also finished the year with the second-most receiving yards (1,947) and catches (145) all time. He also led the league in targets, Target Share, Snap Share, red zone targets, and yards per route run. All this with Matthew Stafford in his first year as the Rams starting QB.

As long as he stays healthy, I can’t think of a single reason as to why Cooper Kupp wouldn’t have a WR1 season next year. It’s hard to imagine he repeats with a Triple Crown, but you have to think that Matthew Stafford will improve in his second year with the Rams. Also, his only real target threat currently is Allen Robinson, who is new to the offense. It doesn’t make sense for Kupp’s targets to go down, as Robinson shouldn’t demand many more targets than Robert Woods or Odell Beckham did. There’s even an argument to be had that Stafford will throw more passes next year. All signs point to another highly productive year next season.