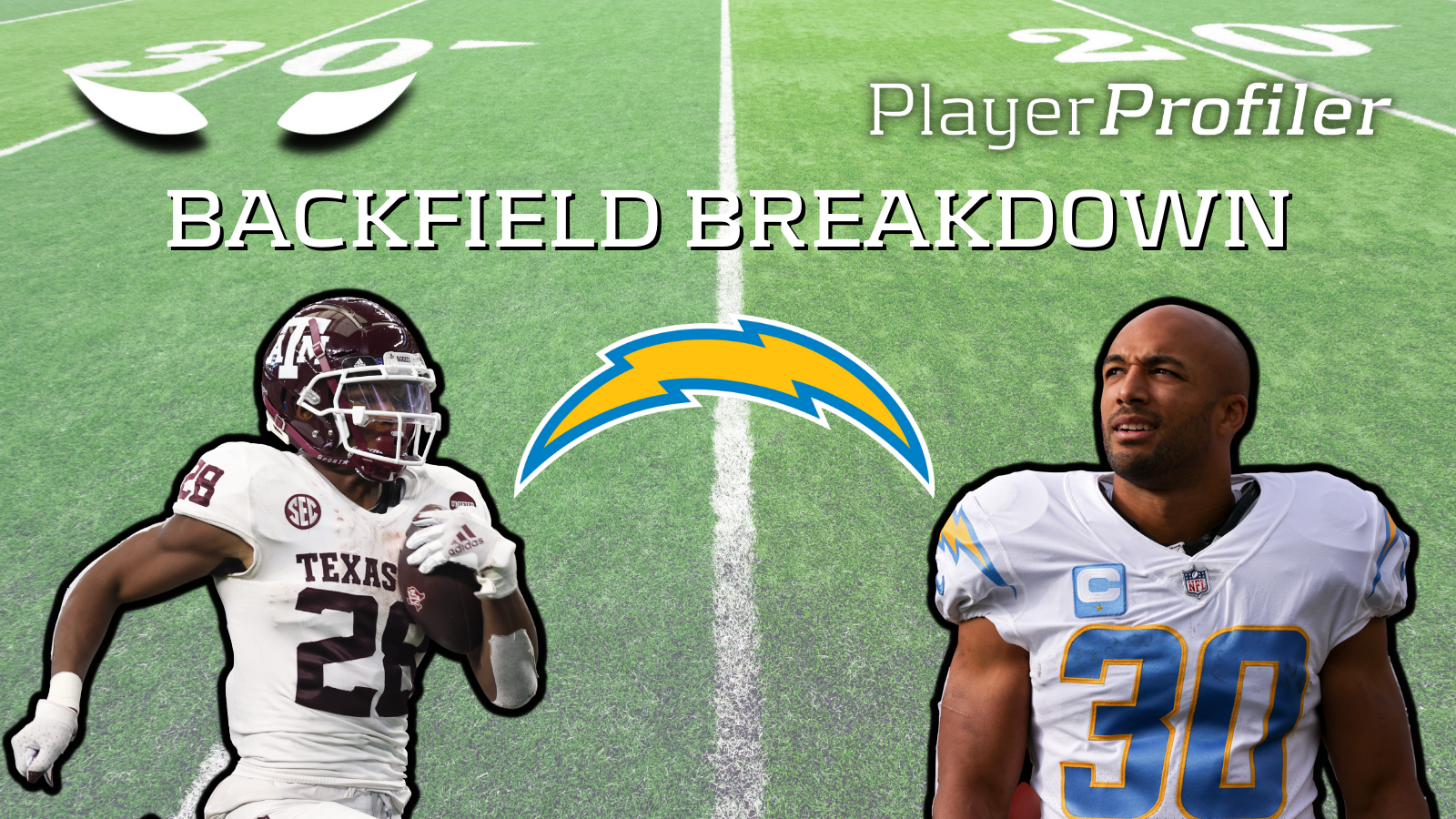 We only have one season’s worth of decision making from which to draw conclusions about the way that Staley and offensive coordinator Joe Lombardi want to run this team. But with Justin Herbert at quarterback, it seems reasonable that they would continue to be a pass-heavy team going forward. This is a team with both the propensity and the personnel to air it out.

Austin Ekeler has not needed an incredible share of opportunity in this backfield to be an effective fantasy contributor. We should expect him to be productive once again in 2022. Outside of Isaiah Spiller, nobody else on this team should have much fantasy value. He’s just inside my top-10 rookie running backs. Mostly on the strength of the quality offensive situation he landed in. Leddie Brown is vaguely interesting as a very deep dart throw. 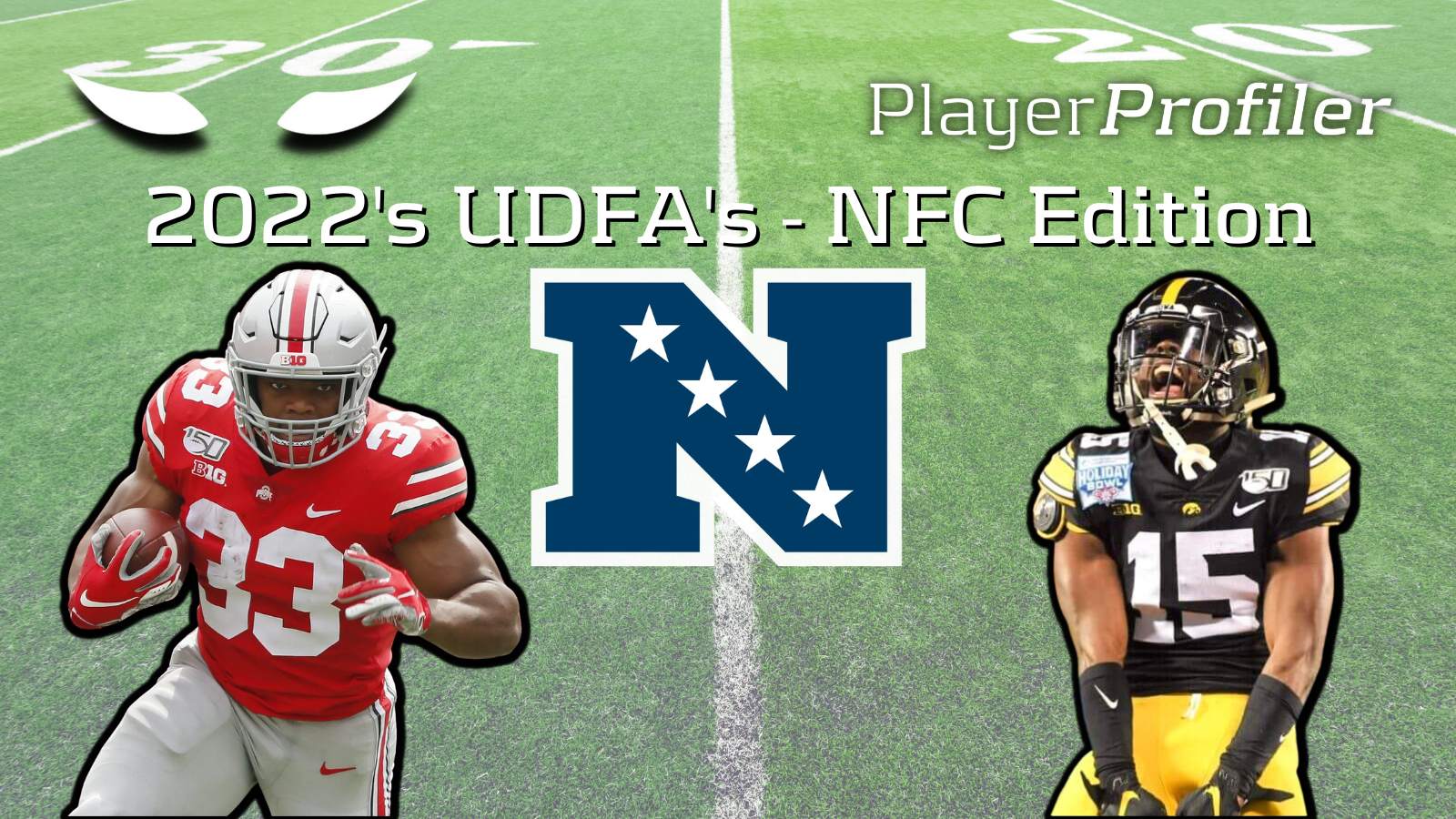 Seattle’s quarterback room consists of Drew Lock, Geno Smith, and Jacob Eason. Neither Levi Lewis nor Kaleb Eleby will emerge out of training camp as the successor to Russell Wilson, but why couldn’t they make the 53? Levi Lewis has mobility (1,088 career rushing yards and 14 career rushing touchdowns) and experience operating a run-first offense. Lewis fits how Seattle wants to run (key word: run) their offense and likely has the edge between him and Eleby of making the 53. It will be an uphill climb for either of them. 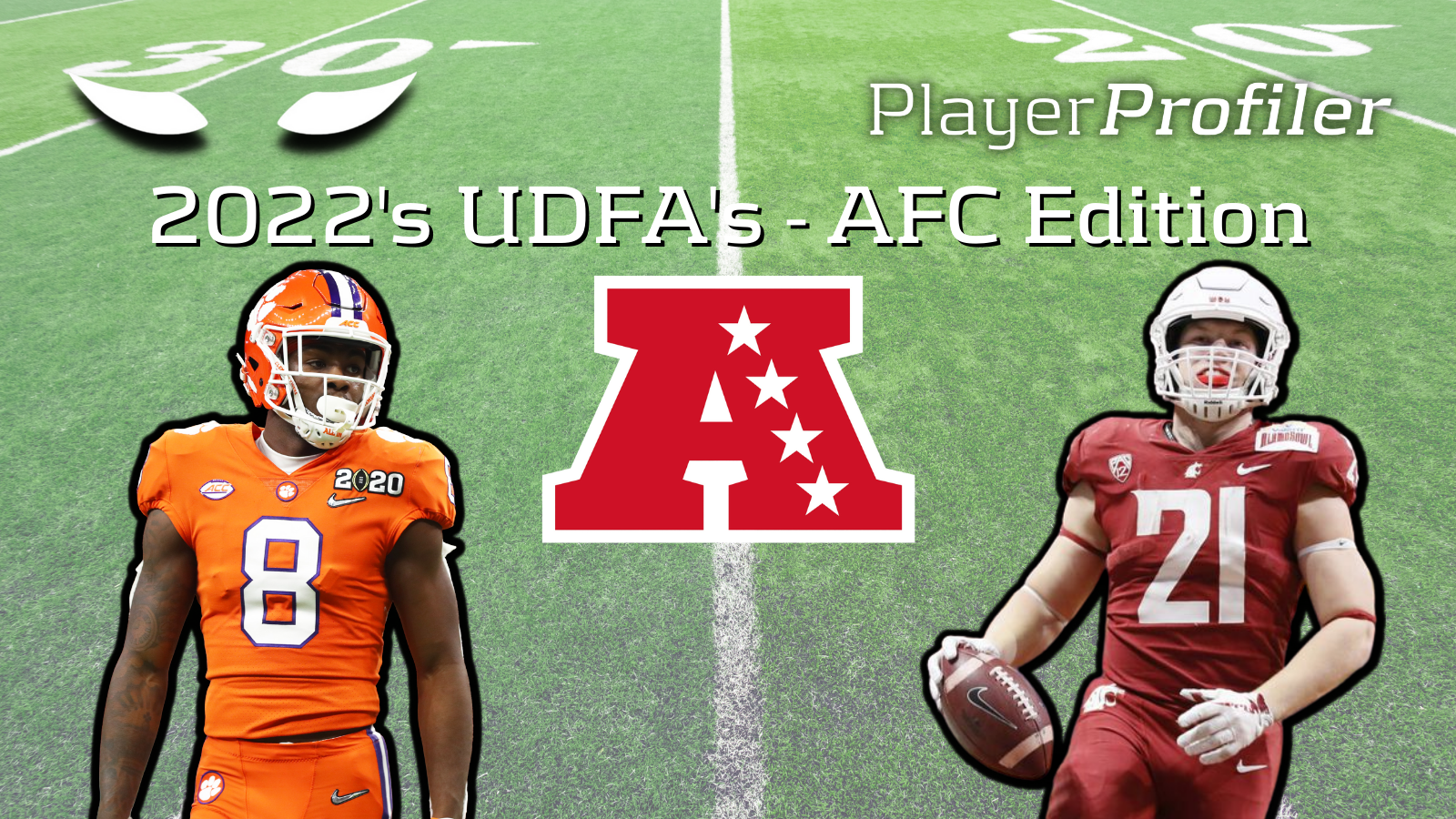 There were 262 names called during the weekend of the 2022 NFL Draft, but those aren’t the only players who make the transition to the pros. Every year there are undrafted players who make an impact and become marquee names after the NFL overlooked them. 2022 surely won’t be an exception, so it’s worth tracking where these guys land. Every AFC undrafted free agent among fantasy football-relevant positions is listed below.

Justyn Ross led a national-champion team that also boasted Tee Higgins, Hunter Renfrow, Amari Rodgers, and Travis Etienne in receiving yards as a true freshman with 1,000. Per Dwain McFarland of PFF, Ross’ career 2.99 yards per route run was the best in the 2022 wide receiver class. He only went undrafted because of a spinal fusion surgery before his junior season. Ross is a great wide receiver project. If he makes the team, he has the chance to work his way onto the same field with Patrick Mahomes. If that happens, he will be very fantasy relevant. 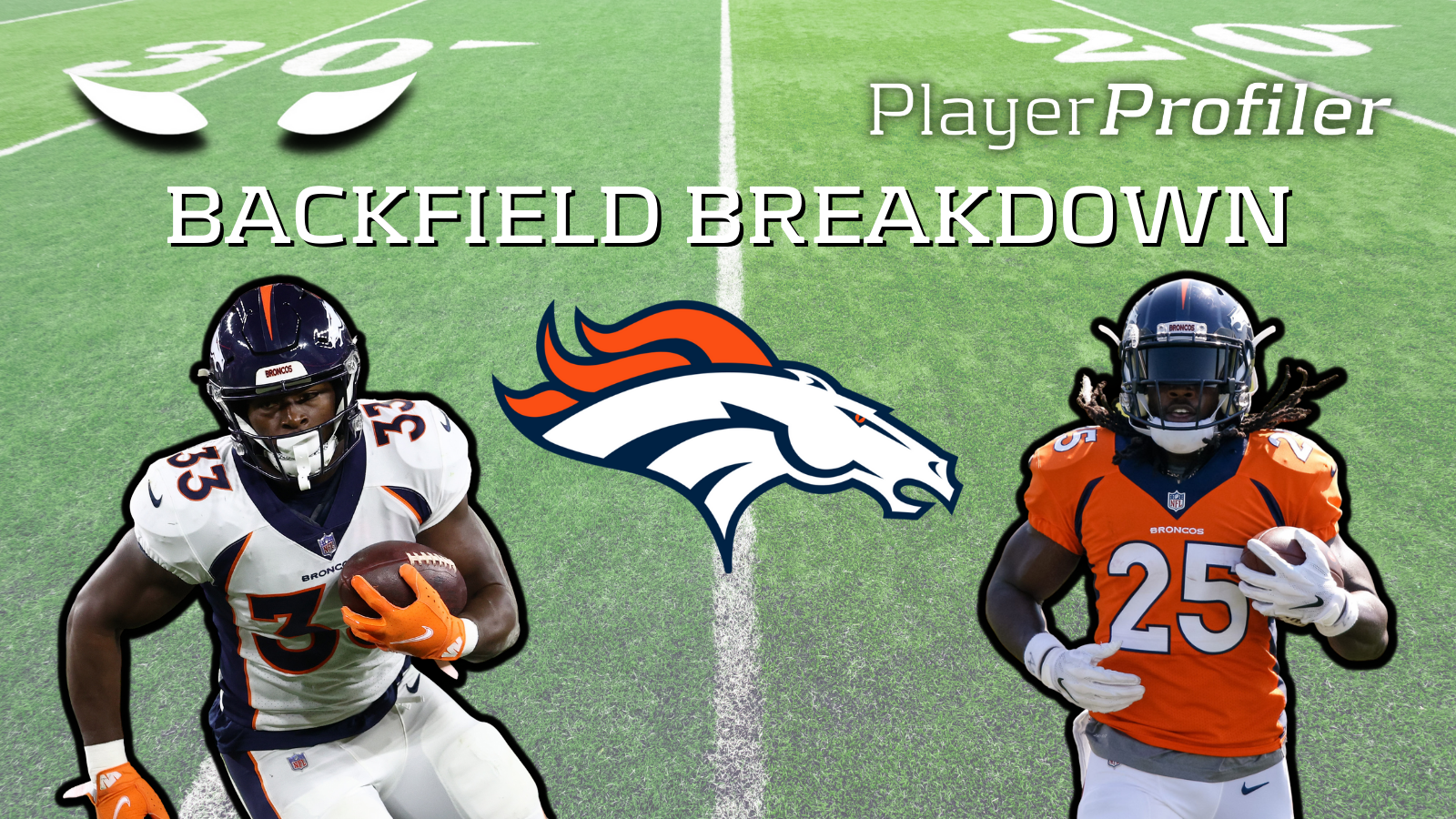 The Denver Broncos were right at league average in total rushing volume last season. Their 55 attempts barely outpaced the league-wide mean of 452.9. They were similarly balanced in the other two years of the Vic Fangio era. They finished within 11 carries of league average in both 2020 and 2019. It’s very possible that those things change this season with the hiring of new head coach Nathaniel Hackett and the acquisition of Russell Wilson at quarterback.

Melvin Gordon re-signed with the Broncos before the NFL Draft. Yet people still draft Javonte Williams in dynasty as if Gordon isn’t on the team. Other than hopes and dreams, there’s no reason to expect him to not share carries with Gordon again in 2022. I’m selling at first round prices. Gordon is likely to have standalone value once again. And he’d be an elite handcuff in the event that Williams takes over a bellcow role. He is one of the best win-now trade targets as a legitimate fantasy contributor who can be had for dirt cheap. 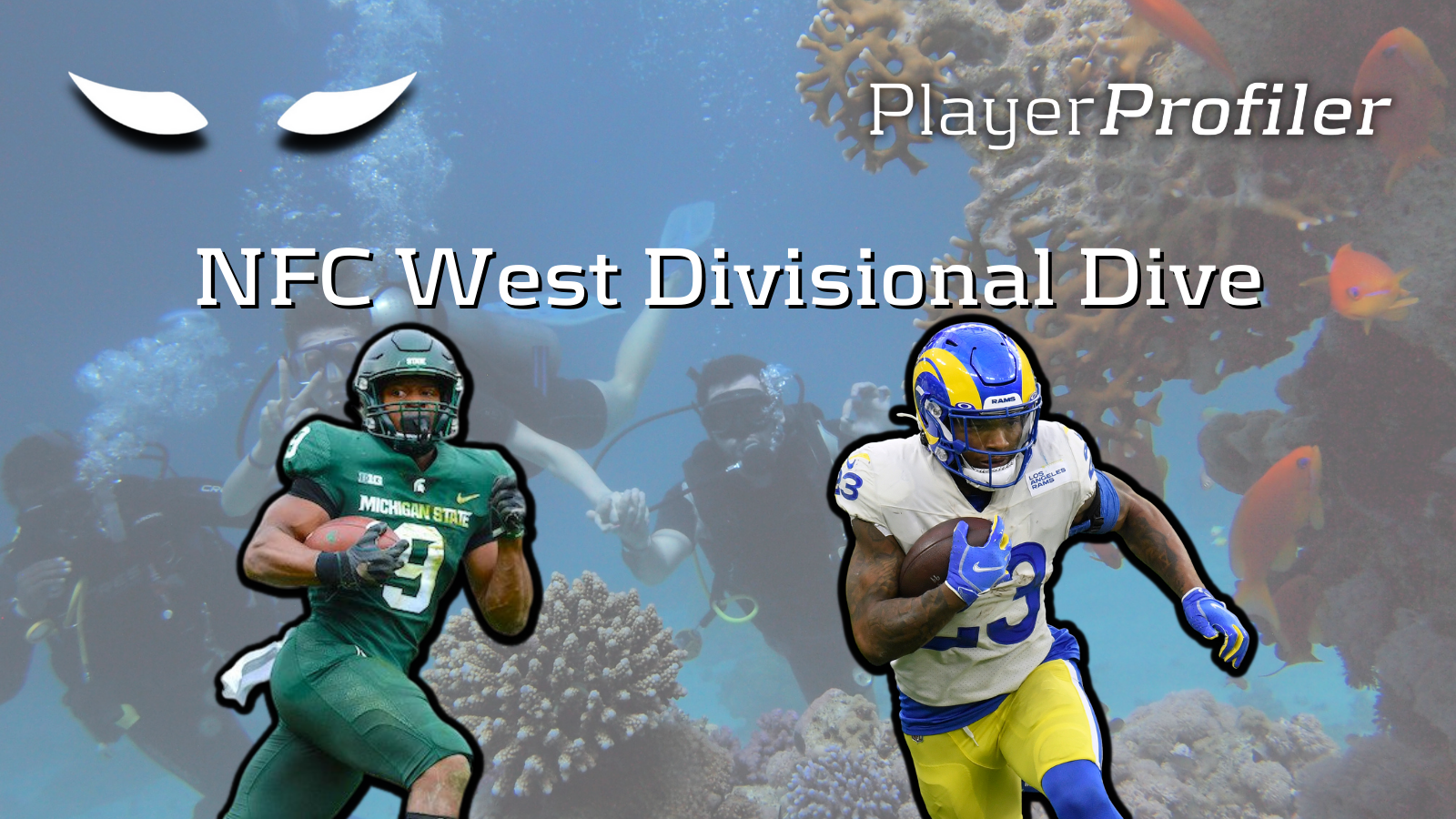 Cam Akers is RB6 on dynasty rankings right now, which is fair considering he is the workhorse on one of the best offenses in the league. Darrell Henderson averaged 13.6 (No. 19 among qualified running backs) Fantasy Points Per Game last season in Akers absence, showing a high floor for Akers in 2022. Sony Michel is probably gone for good as well. Assuming Akers can stay healthy, he should have a solid bounce back season in 2022.

Kenneth Walker has landed on a solid team for RBs, and will have the chance to showcase his athletic profile often since their QB will either be Geno Smith or Drew Lock. The running game should be leaned on heavy, but also has the potential to be abandoned early if the Seahawks fall behind. But a RB who ran for 1,636 yards against Big Ten defenses in only 12 games should be efficient in that offense. 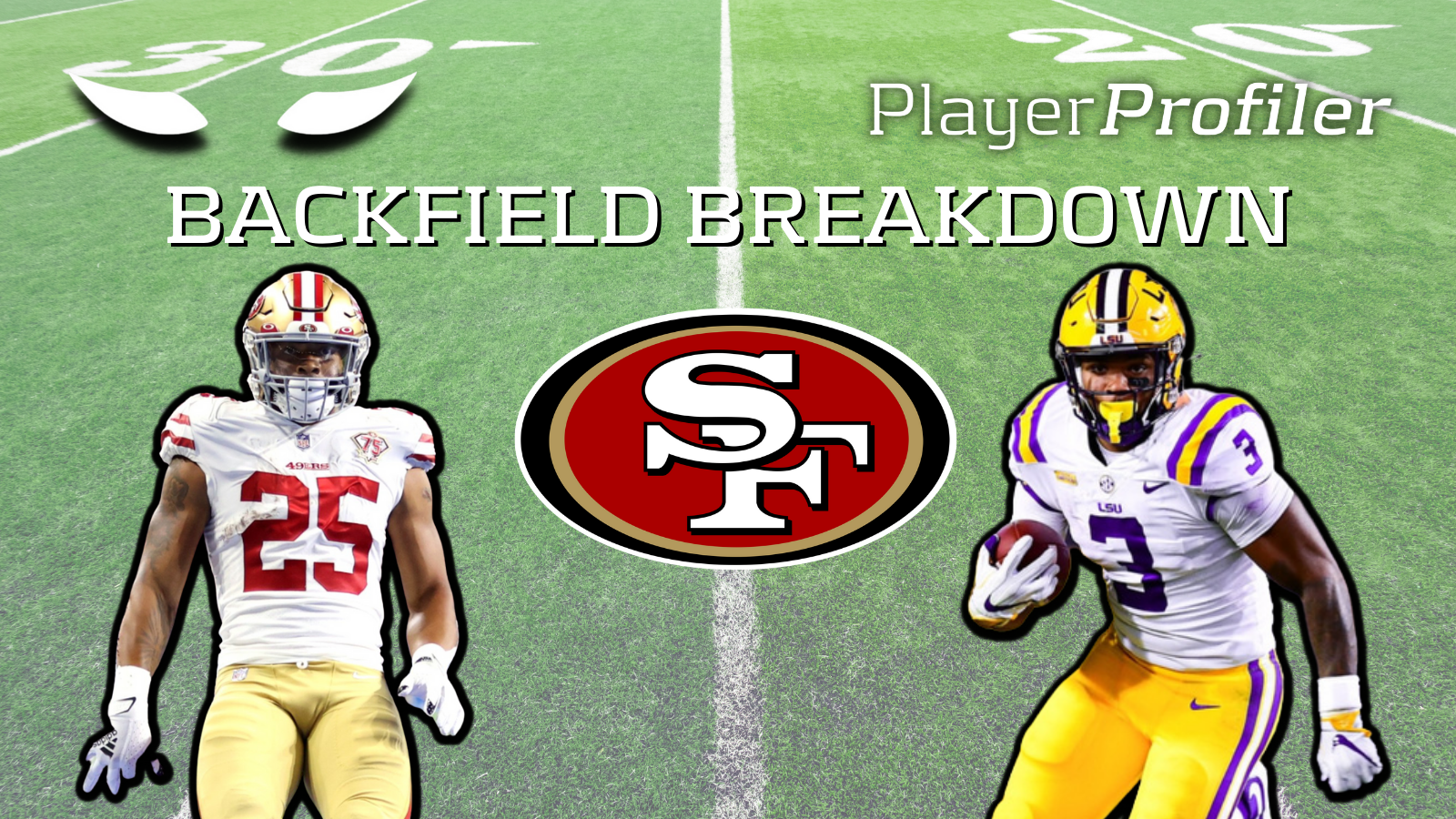 The San Francisco 49ers finished No. 6 in the league in total rushing attempts last season. Their 499 carries were almost 50 more than the NFL average. Kyle Shanahan loves his running game. San Francisco has been a run-heavy team nearly every year of his tenure, regardless of personnel or in-game situation. We should expect that to continue going into 2022.

His current cost is palatable, but I’m still divesting out of Elijah Mitchell and taking cheap shots on Tyrion Davis-Price. Trey Sermon might not be dead either. The main thing is that nobody knows what’s happening in this backfield year-to-year, so treading carefully is the move. 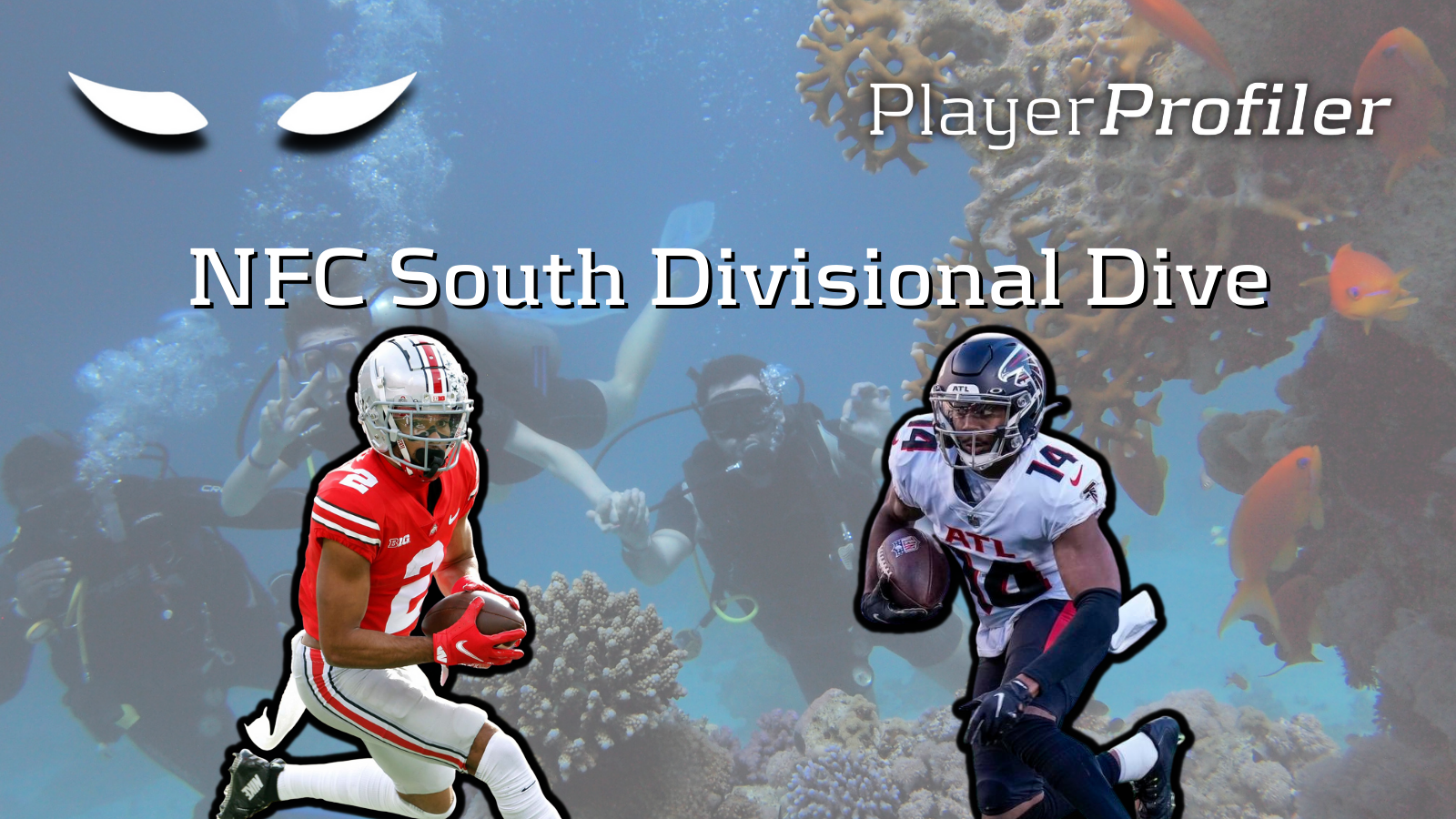 Russell Gage has averaged 11.0 Fantasy Points Per Game in back to back seasons with the Falcons and now will join Tom Brady in Tampa Bay. He will be the WR3 on the offense, but that’s still great fantasy potential. Antonio Brown averaged about 9.0 targets per game in 2021. Gage probably won’t demand that many, but even five targets per game from Brady is enough to get excited about.

In the first round of the draft, the Saints traded up for their next franchise WR: Ohio State WR Chris Olave. His Best Comp is Stefon Diggs, but he’s also faster. He’s a great route runner who will benefit from Jameis Winston’s gun-slinging mentality. With Michael Thomas coming back, Olave shouldn’t receive CB1 coverage, at least to start. He averaged at least 14 yards per reception every year at Ohio State, proving his efficiency. The Saints bet big on him in the draft, and it should work out. 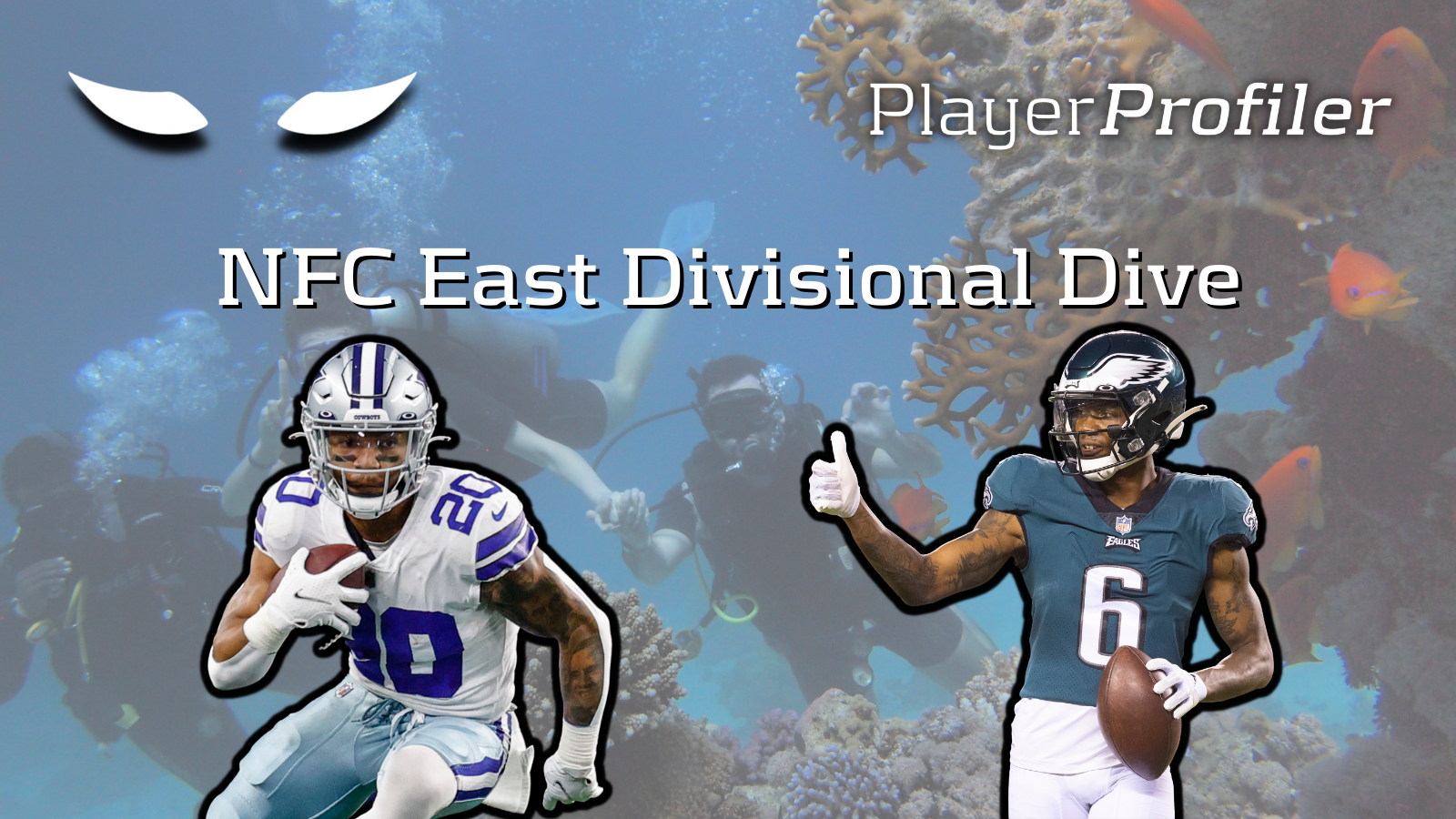 The Cowboys’ RB timeshare will continue as both Tony Pollard and Ezekiel Elliott are under contract through 2022. What should change though, is an increased Snap Share for Pollard. In 2021, Pollard had a 33.7-percent (No. 60 among qualified running backs) Snap Share, but still finished with over 1,000 all purpose yards. It’s clear that Pollard deserves an increased role in the offense. His receiving prowess makes him an even more valuable fantasy asset as well.

I will give a hot take here and say that Devonta Smith probably benefits the most from this A.J. Brown trade. Brown’s arrival only makes Smith’s job easier since he will now take on the CB2 most of the time. He already has the chemistry with Hurts. And while Brown is a stud, Smith will likely remain Hurts’ main read. 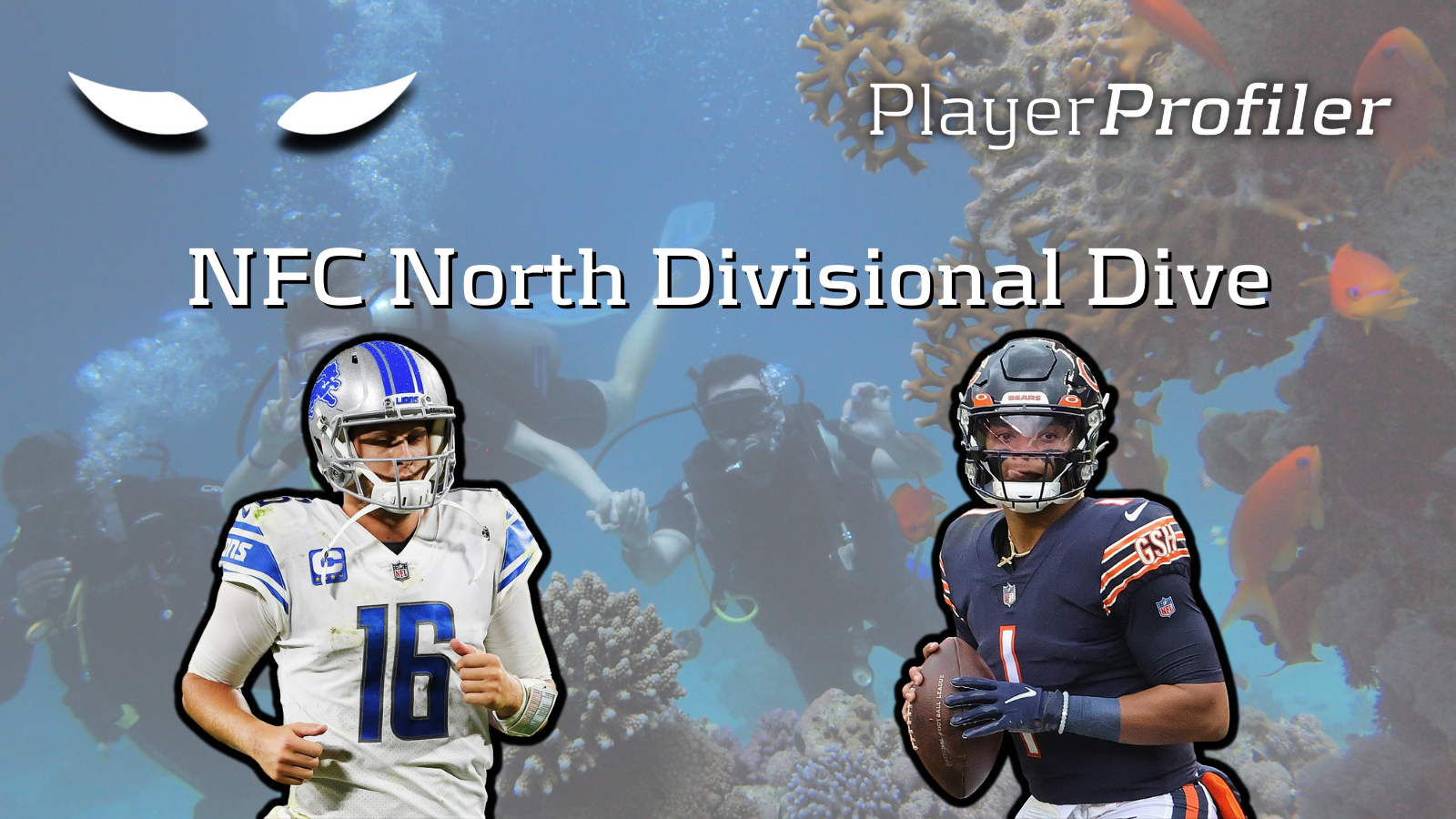 Justin Fields averaged 11.4 (No. 31 among qualified quarterbacks) Fantasy Points Per Game, an abysmal season for the No. 11 overall pick. Because of that, basically any improvement at all would be a breakout year for him. Fields’ rushing prowess alone makes him an exciting fantasy prospect. If he takes a step forward he could provide solid value, and also increase the value of the players around him.

Jared Goff now has an arsenal of Amon-Ra St. Brown, D.J. Chark, Jameson Williams, T.J. Hockenson, and D’Andre Swift. Goff has had two years where he averaged in the top 10 of Fantasy Points Per Game. He averaged 19.9 (No. 9) FPPG in 2018, and 17.5 (No. 8) in 2017. He’s not with Sean McVay anymore, but his receiving corps is certainly better. His dynasty ranking is QB30, which provides excellent value for a potential QB1 season with a fairly safe floor as well. 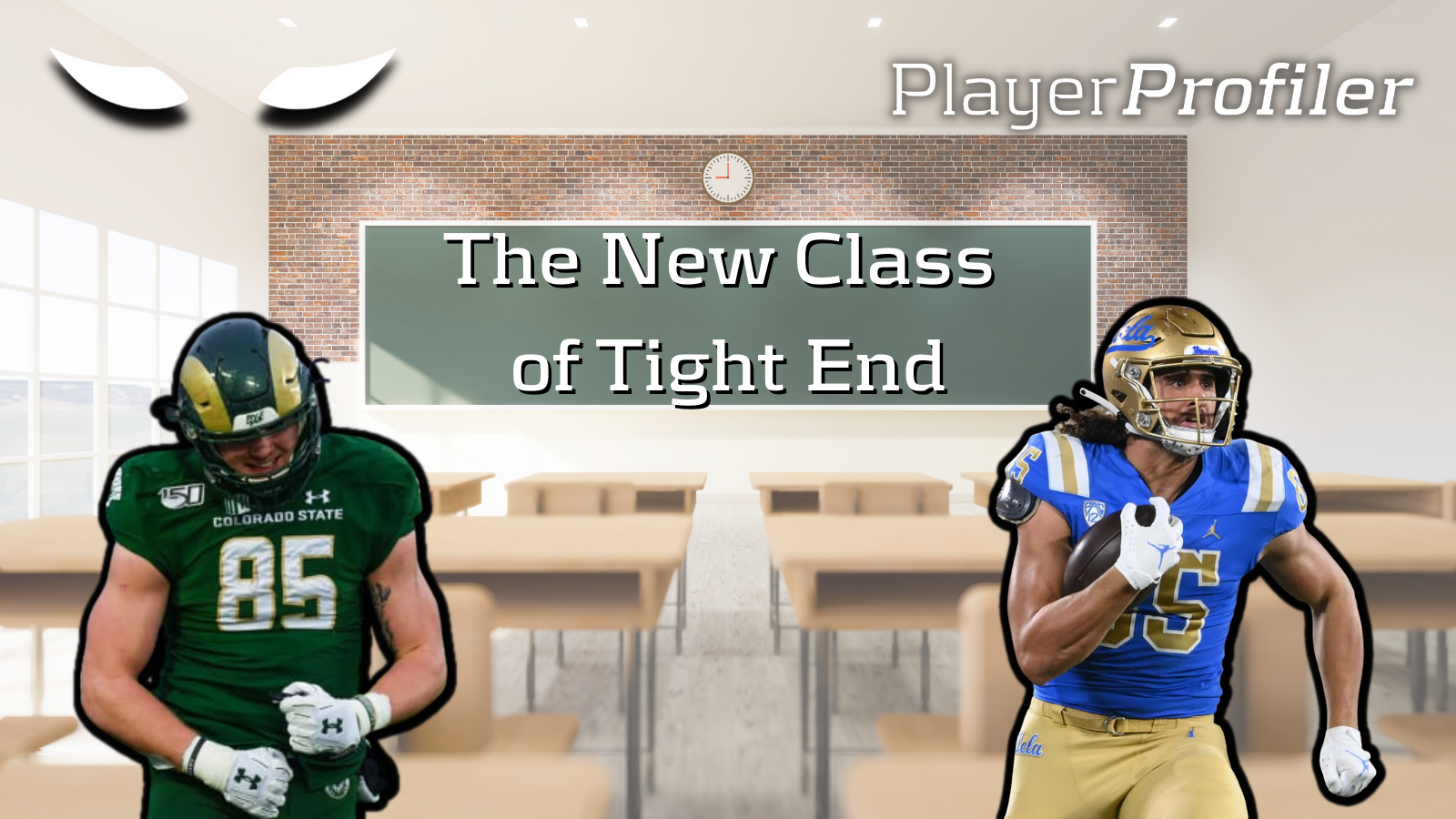 Trey McBride will have to compete for playing time as a rookie, especially after the Cardinals signed Zach Ertz to a healthy contract in free agency. But the news that DeAndre Hopkins will miss the first six games of the season should open up opportunities for McBride, as well as the newly acquired Marquise Brown, behind Ertz in the Cardinals’ passing attack. I’m not saying he’s going to be this year’s Kyle Pitts. But could he be this year’s Pat Freiermuth? It’s possible.

Greg Dulcich’s workout metrics were OK without being exceptional. He was above the 63rd-percentile in all the major Workout Metrics, including a 99.1 Speed Score. With Okwuegbunam, Courtland Sutton, Jerry Jeudy, Tim Patrick, and Denver’s desire to run the ball, it would be astonishing if Dulcich was a major contributor as a rookie. But his being drafted as early as he was should serve as a check against going overboard on Albert O in fantasy circles.