The RotoUnderworld community will be partaking in a series of 12-team, five-round rookie mock drafts, running through the spring and summer. Today we bring you 2022 Rookie Mock Draft Recap #3. The mock drafters will be comprised of PlayerProfiler writers/analysts, our friends in the Patreon community, and our good friends over at The Breakout Finder. While these pieces will include quick-hitting notes from the drafters about why they made their selection, our writers will take turns recapping the festivities and adding their own unique perspectives.

The third edition in the second season of the fabled PlayerProfiler Rookie Mock Drafting Series Extravaganza is upon us.

Slight caveat: this mock started the day after the Reese’s Senior Bowl

Kicking off the second season of Rookie Mock Draft Recaps with a five-round, 12-team, Single QB draft finished on February 7th by the following talents.

Rationale: The landing spot would most likely change this, but in a vacuum, Treylon Burks is the highest-upside player while also providing a fairly safe floor. He’s the 1.01 for me, independent of the landing spot. 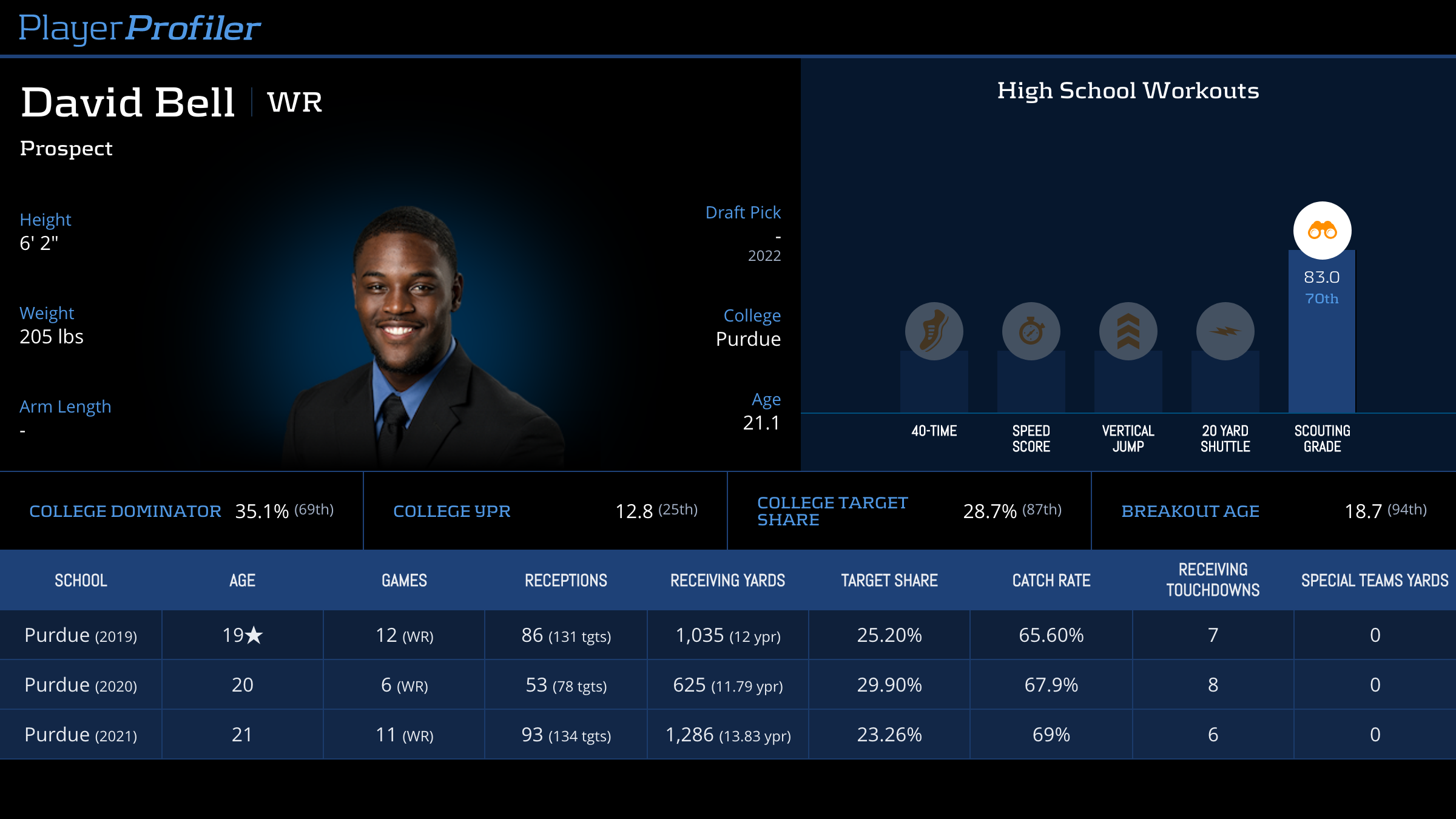 Rationale: 6-5 with huge production for eight weeks until the ankle injury. And one of the younger prospects, with a 99th-percentile Breakout Age.

Rationale: Remember when Michael Carter was super underrated because of Javonte Williams?

Rationale: The best receiving back in the class, and it’s not close. Has good vision and patience.

Rationale: One year wonder at Alabama, with elite speed. Likely would have run the 40-yard dash in under 4.40 seconds. High probability to spend the first year on the PUP List.

We started collecting 2022 Rookie Mock Draft Data back in October of 2021. Let’s take a look below at what has changed in the five months.

The rise of Kenneth Walker, transferring to Michigan State from Wake Forest and leaping into the top 10 for 2022 rookie drafts, is something we have seen from quarterbacks in the years past. Not only did Walker join the first Round, but also did Jameson Williams (transfer from Ohio State), and Jerome Ford (transfer from Alabama). That is three transfers over the last two seasons moving into Round 1 of this year’s draft.

Zach Charbonnet fell out of Round 1 by the process of opting out and going back to UCLA for the 2022 season. John Metchie tore his ACL during the Alabama season and fell into Round 3 of current mock drafts.

Rationale: The Liberty play-caller could very well be the next Konami code QB to enter the league, offering immense upside with his rushing ability. 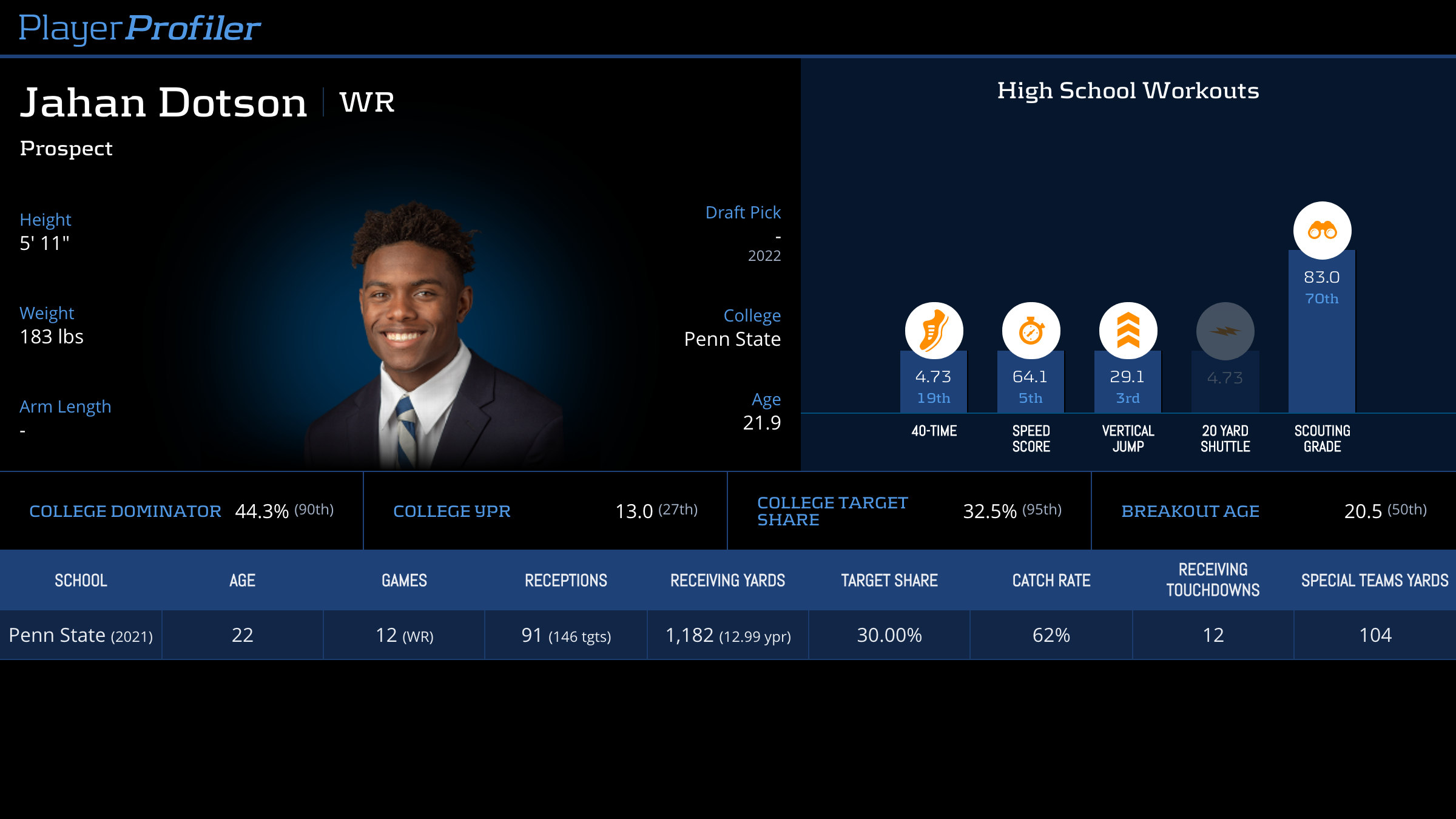 Rationale: A dominant year at Arizona State, with requisite size and ball catching ability. It’s the time for fliers and he’s a premier one.

Rationale: After a good showing in Mobile, Christian Watson is in the cockpit of his own hype rocket up the draft boards. To the Combine and beyond.

Rationale: I’ll take the best tight end in the class over the tenth-best running back any day!

Rationale: Electric with the ball in his hands. He is small, but I think he will be a good playmaker in the NFL.

Rationale: Back surgery is always concerning, and the ankle injury this year led to a down junior year. But had strong sophomore season with 20-plus catches.

Heading into Combine and Pro Day Season, a number of the above players can jump into Round 1. With a few leaving the door open to continue a free-fall into the third round after first-round rumors in 2021 (Kevin Harris, Justyn Ross, John Metchie, Brian Robinson). Though the RBs in front of them are much more established than the ones in the latter part of the second and third rounds.

Rationale: Swinging for the fences again with the electric Badie. He’s an excellent receiver and shows some serious explosiveness on tape with the ball in his hands.

Rationale: Group of Five, early declare with great production numbers and potential Day 2 draft capital? Could be a home run in the mid-third round.

Rationale: Could be the first QB to hear his name in the NFL Draft. Interested to see his measurables at the NFL Combine.

Rationale: Don’t expect him to scramble a lot, but he moves well in the pocket and has a good arm.

Rationale: My QB2 behind Malik Willis, and getting him at end of Round 3 is a strong value 20-plus picks after the first QB of the board. Broke out as a true freshman in the ACC. 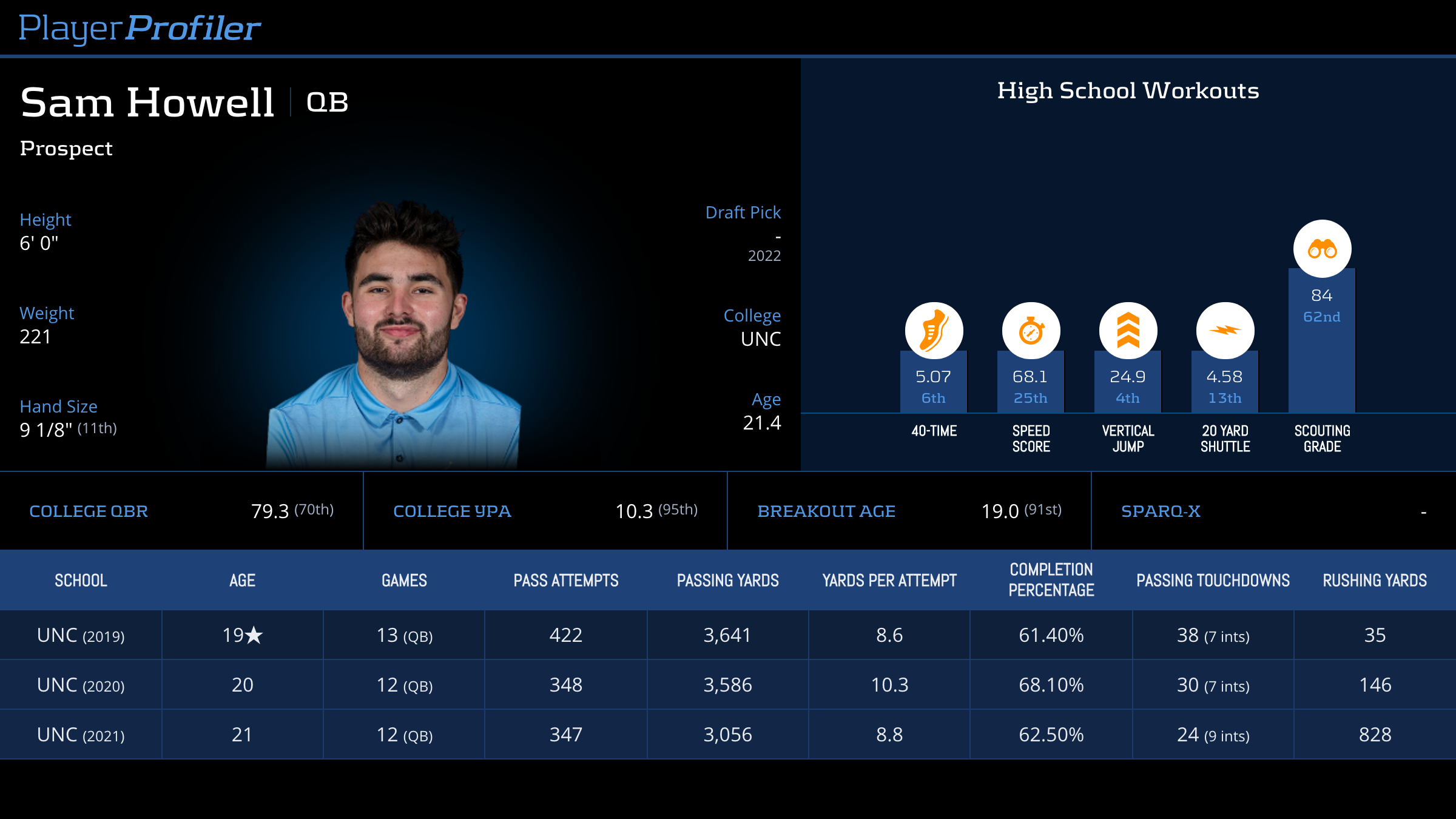 Rationale: Didn’t see any receivers I loved here, so pivoting to one of my favorite RBs in this class was an easy decision. McCormick will likely test undersized, but he showed workhorse ability handling 260-plus touches in back-to-back seasons, while catching 20-plus passes in each season at UTSA.

Rationale: This late in the draft, I am looking for guys who will see the field. Velus will be on a roster during Week 1, at minimum doing special teams.

Rationale: Most rushing yards by a Big 10 RB since 2019. Weight and speed at the Combine will be very important for the prospect.

Rationale: ZaQuandre is definitely a sleeper in this class. Really athletic with good speed and decent size.

Rationale: Tore his Achilles in the spring of 2020, but had almost 800 yards as a freshman backing up J.K. Dobbins. Top 10 RB in his recruiting class, so betting on pedigree and big-name school bias by NFL teams.

Rationale: After missing out on some other WRs, I like the value for Shakir here as my WR2. He was a human highlight reel at Boise State, profiling best from the slot having put up 1,000 yards there in 2021. But he also has the dynamism to his game, averaging 14-plus rushing attempts per season at Boise and getting in on some punt and kick returns.

Rationale: Small school backs are tough to trust, but his domination over subpar competition and his size makes him a good flier for me.

Rationale: PlayerProfiler’s No. 4-ranked TE. Overshadowed by elite receivers at Ohio state, but still a great athlete. Reminds me of a Nick Vannett. Probably won’t boom in NFL, but could find himself in a backup role in an elite offense which could lead to touchdowns.

Rationale: A former wide receiver turned tight end. He has good speed and can stretch the field on any given play.

Rationale: Good Size at 6-6 and 260-pounds. Three seasons of 40-plus receptions, and almost a 4.0 GPA as a mechanical engineering major.

Players to watch entering the 2022 NFL Combine in just two weeks include -> All are current projected Round 2 rookie picks: