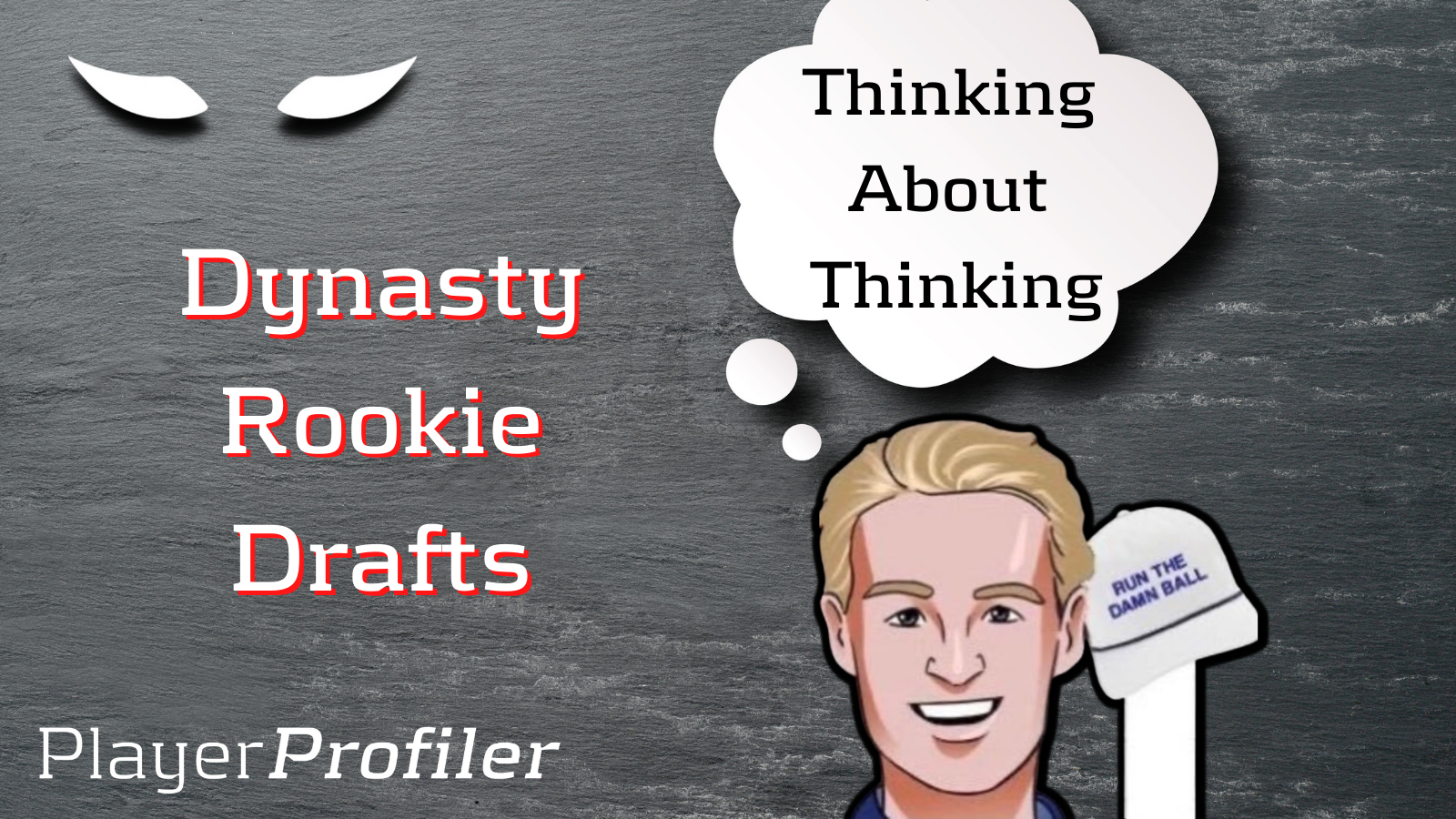 Every process is different. And there is likely no perfect one. But the existence of a repeatable process by which you make decisions helps you avoid bias. It lets you organize data or film in a way that fits within your broader strategy for Dynasty Rookie Drafts.

However you evaluate prospects, keep in mind their current and potential market values, draft archetypes of player who can maximize fantasy ceilings, and always make market-efficient choices. 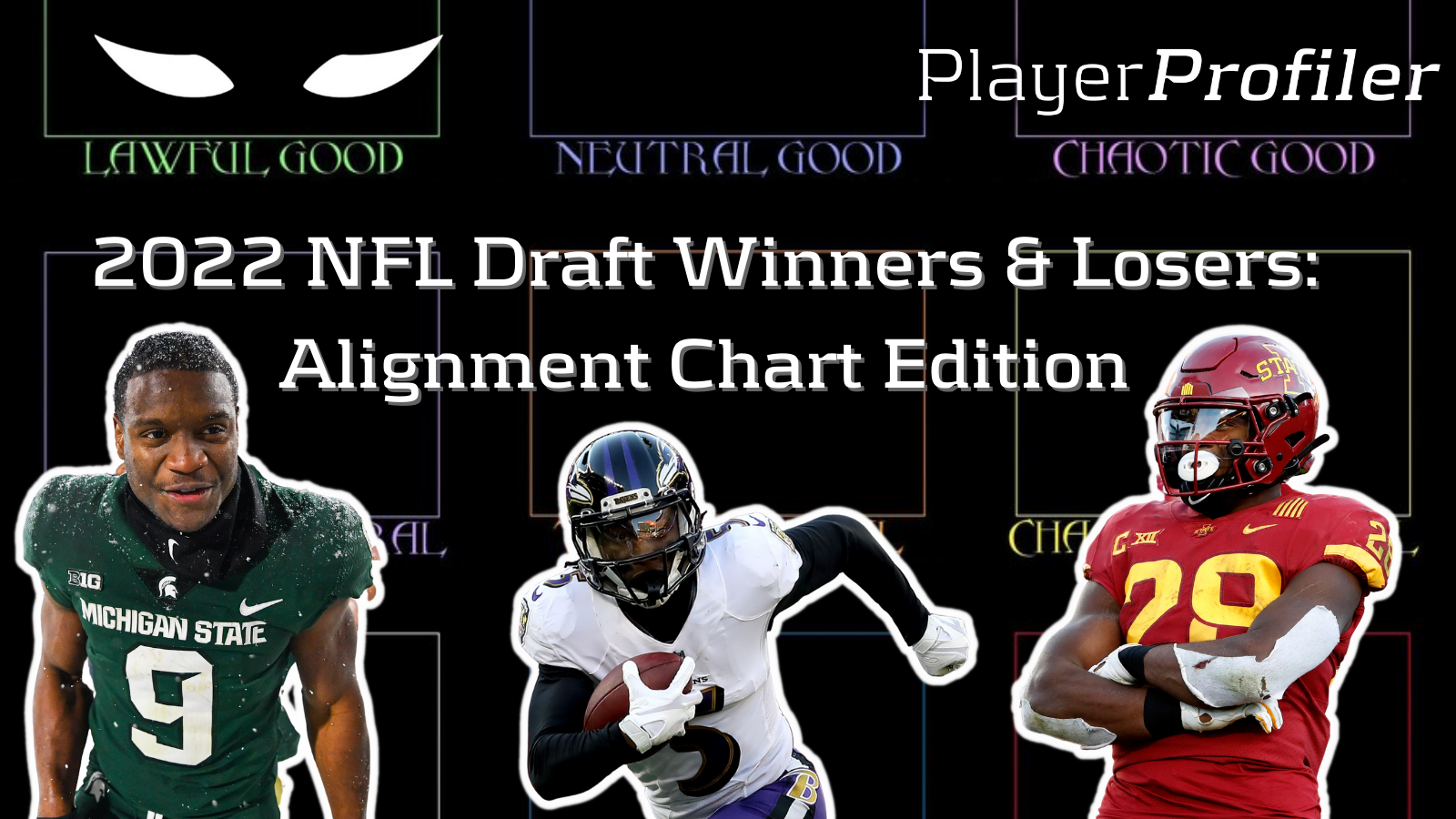 Sometimes we need law and order to be restored. Workhorse backs with size, speed, athleticism and pass-catching ability are to be unleashed as league-winners. Undersized, slow satellite backs are to be left on the benches of fantasy and NFL teams respectively. Michael Carter had moments last year, but those drafting a day three change-of-pace back as their RB2 were whistling past the graveyard.

Rashaad Penny was an efficiency monster in 2021, and is first-hand evidence of Seattle’s ambivalent approach to draft capital. I expect Kenneth Walker to take over lead back duties as the modal outcome, but a messy committee or even Penny remaining lead back is within his range of outcomes. The question marks in Walker’s profile, along with the rest of the class and their limited draft capital, make me cautious of all running backs beyond Breece Hall. 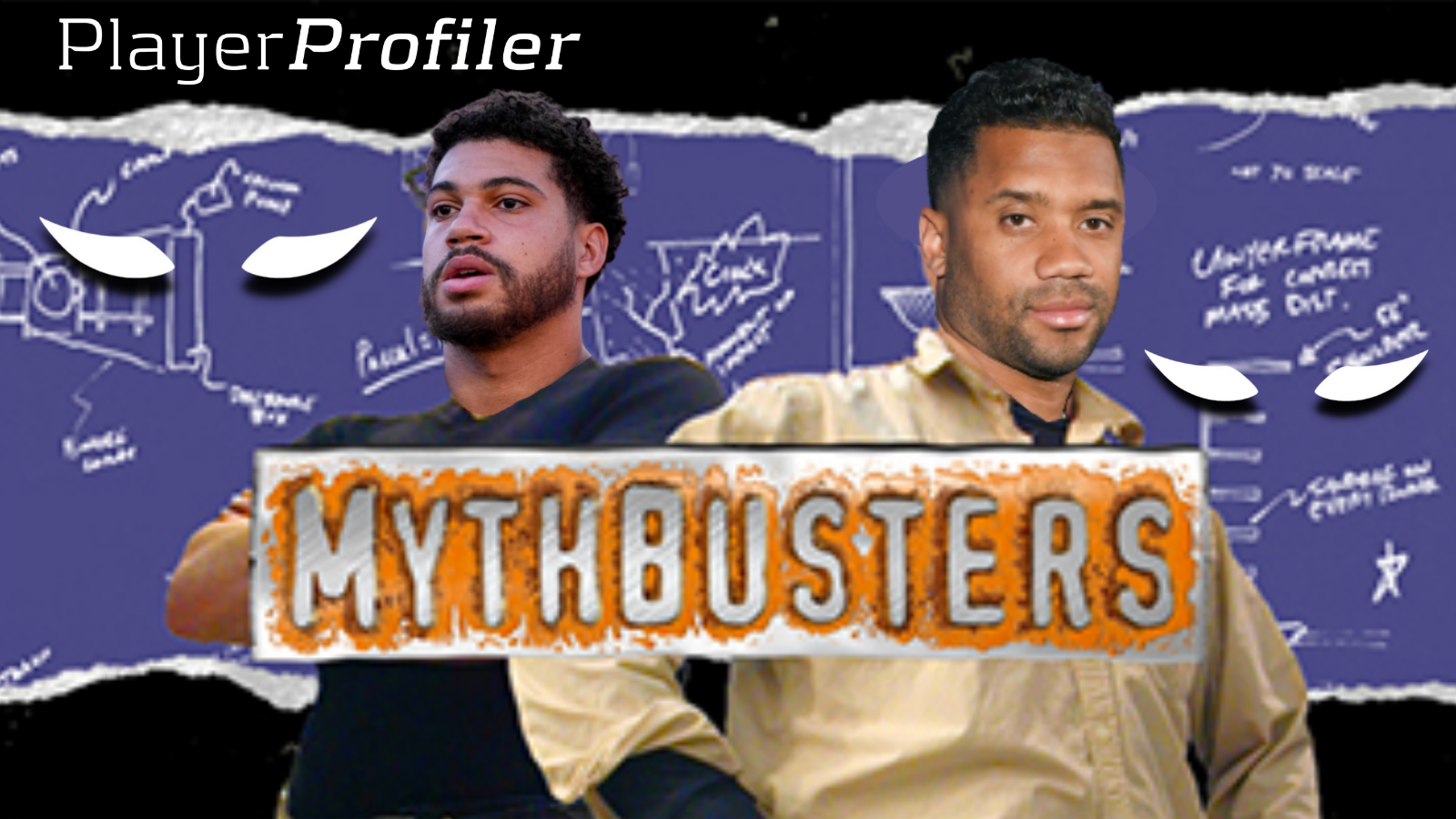 While Denver’s WRs rightfully deserve upgrades in all formats, discourse over the increased value of Albert Okwuegbunam came into question. Comments in the Twitterverse claimed that, historically, Russell Wilson hasn’t utilized his tight ends. The intent of this first edition of Fantasy Football Mythbusters is to debunk this theory. We’ll do this by deriving an outcome deemed as possible, likely, or unlikely based on historical usage.

Throughout his career, Russell Wilson has had an aging Jimmy Graham, a misused Zach Miller, and mediocre talent at the tight end position. Regardless of their skillset, if the tight end is running routes, then Wilson will be sure to give them an opportunity to make a play. Combine this with Albert Okwuegbunam’s ability to gain yards after the catch, and comments from head coach Nathaniel Hackett about using him in a hybrid role to take advantage of his receiving skills, and he is a TE1 lock on a per-game basis. 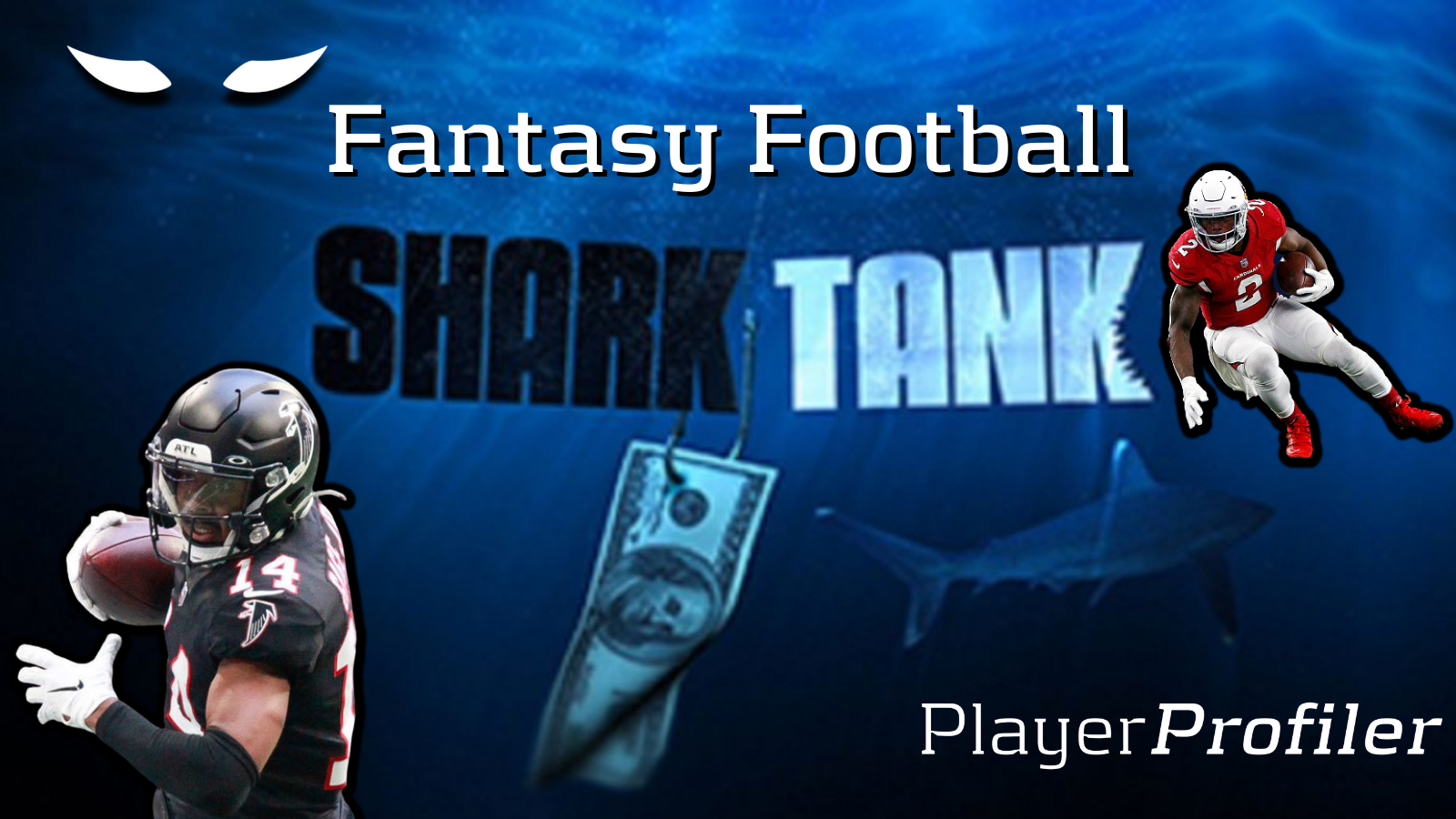 Allen Robinson, Russell Gage, and Chase Edmonds should all be targeted in 2022. Given their talents and their new situations it will. Despite not being their new teams’ primary pass catchers, Gage and Robinson will get fantastic quarterback upgrades. And Edmonds is looking like he will get the first crack at being the Dolphins number one running back. It’s good process rostering any of these three players in the 2022 season. 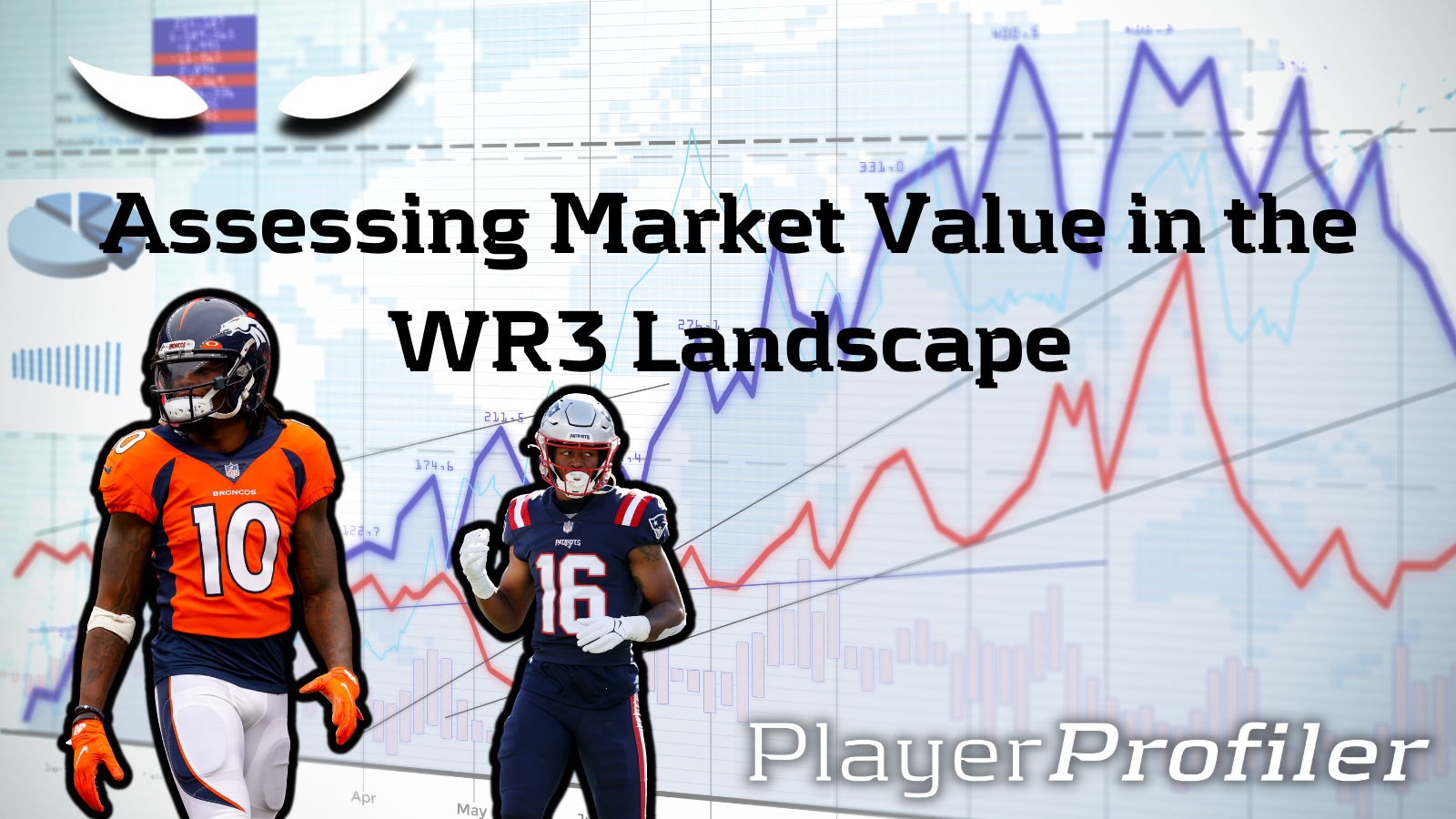 Although many people love trade negotiations, others get intimidated and are risk-averse; fearing that their return may be perceived as the “loser” in the deal (which in dynasty is not a simple evaluation given that situations change every year, injuries happen, and values fluctuate). Thanks to smart people and technology, there are now numerous sites that host their own versions of trade calculators based on each site’s dynasty rankings.

Trading away young players that are perceived to be more valuable than what their profiles dictate, in exchange for depreciating assets with proven production, allows for more creativity in formulating trades with the additional assets acquired, or to rebuild a roster by acquiring future draft picks on top of proven talent that are past the age-apex curve. 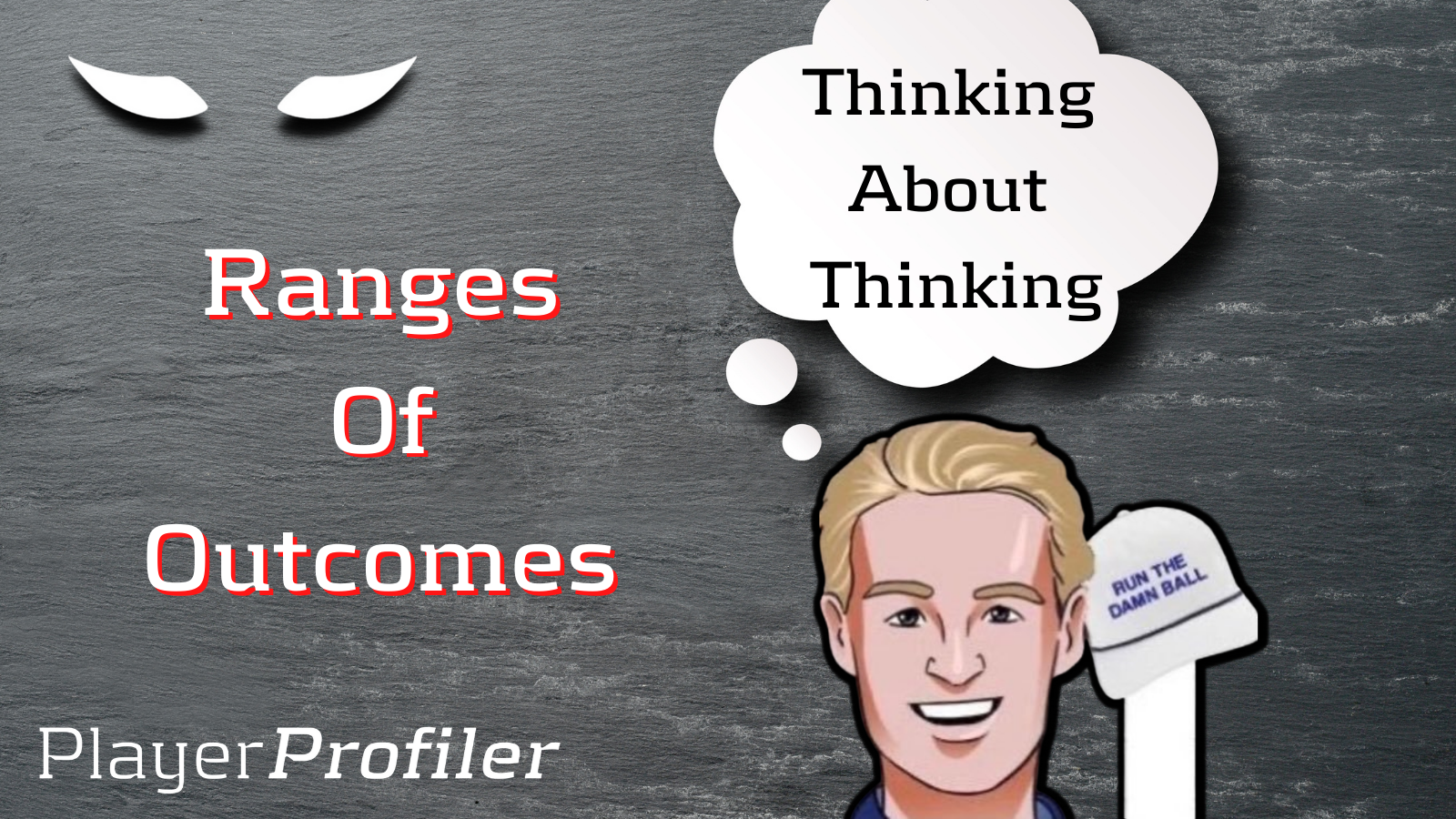 In this edition of Thinking About Thinking (Ranges of Outcomes), I continue my series addressing probabilistic fantasy football strategy. Each article I will unpack ways our brains work in irrational ways that create value in your fantasy football leagues. Last week I discussed analytical prospect models, and the importance of humility when evaluating rookies. If you haven’t yet, make sure to check that out to get a feel for this series!

In a ceiling scenario, Tua Tagovailoa is a top-12 quarterback this year with his new weapons, entrenching himself as Miami’s franchise quarterback. On the other hand, he could fail to meet expectations and carry precarious job security into 2023. Schrodinger’s Tua is both alive and dead, but his cost resides in purgatory. His market value is a compromise position between two plausible outcomes which attempts to balance them appropriately. 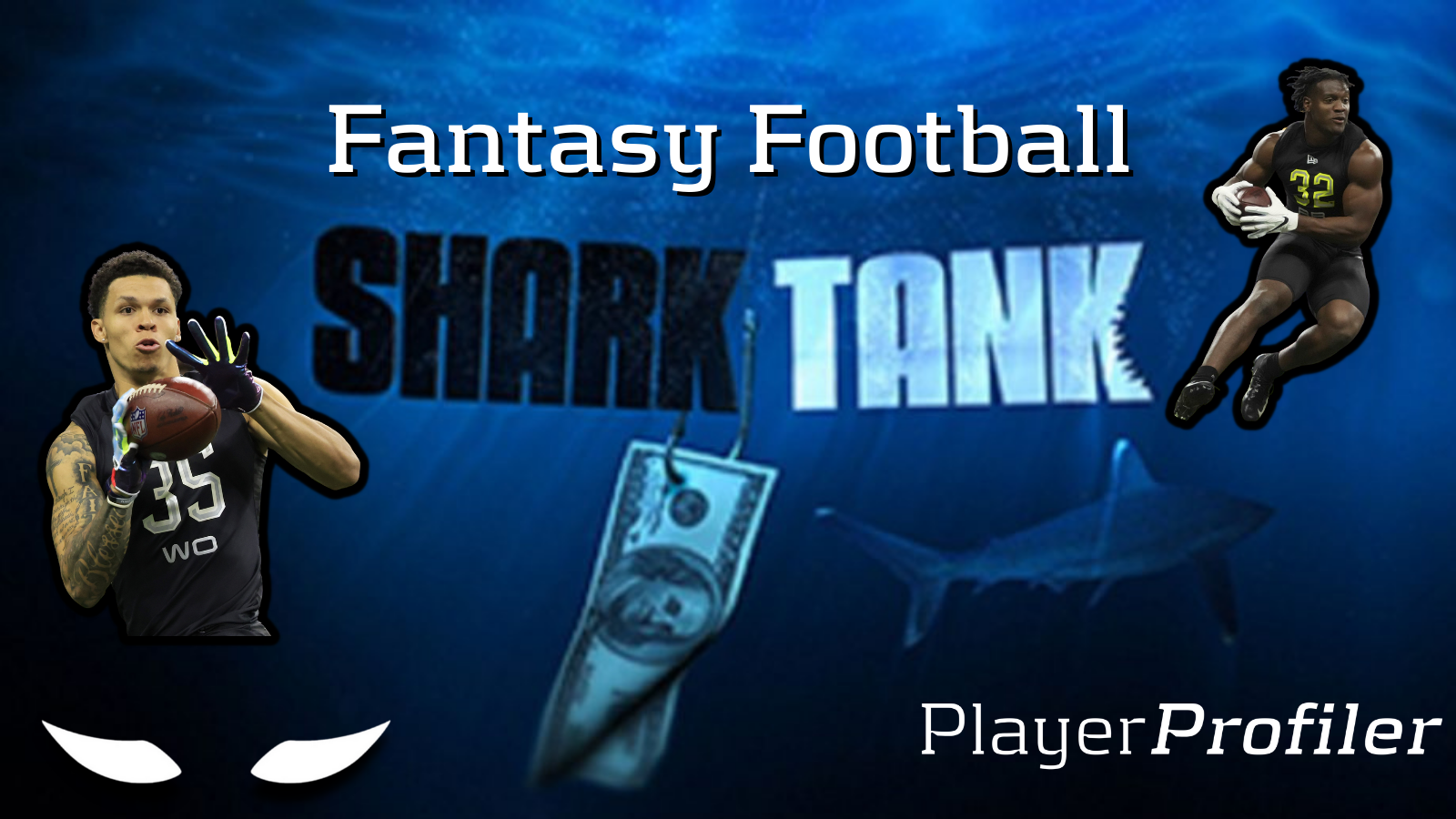 Christian Watson has exceeded all expectations so far this draft season. He put himself on the map by killing the Senior Bowl. The wide receiver further elevated his stock value with his excellent performance at the NFL Combine. If the NFL continues the current trend of taking five or six wide receivers in round one, Watson could very well end up being one of them. 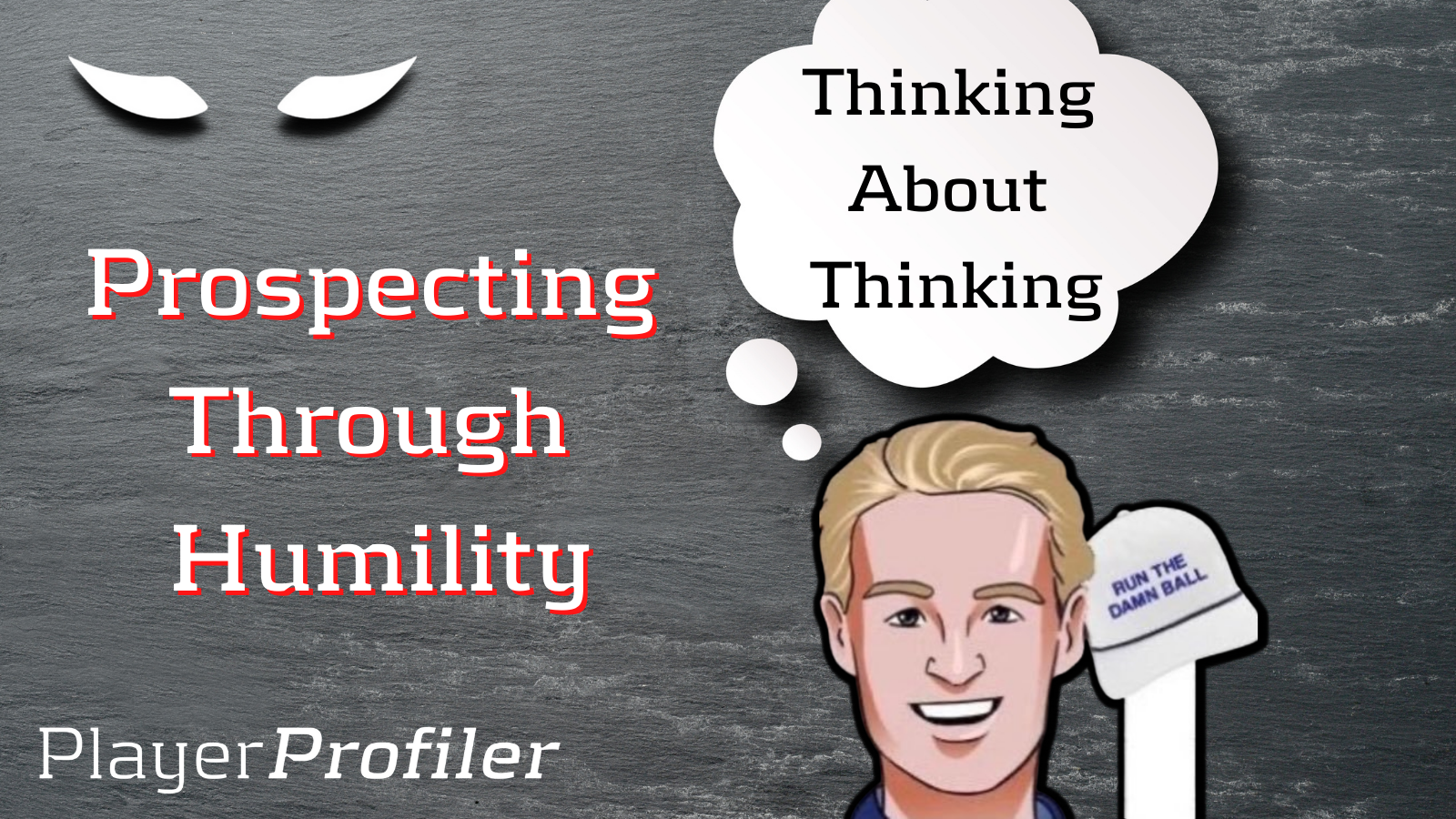 In each of the last three years N’Keal Harry, Jalen Reagor and Rondale Moore have had underwhelming starts to their career despite excellent analytical prospect profiles. Each year the consensus has bequeathed different reasons why their lack of success was foreseeable. Harry could not separate. Reagor played in the Big 12 conference. Rondale Moore is too short. So should we now avoid every short player, non-separator or big 12 player?

Some may say we should simply view each player in their own context to determine what rules to apply. I would argue these players most likely failed because sometimes good prospects bust, and often the reasons don’t reveal themselves until after the fact, if at all. 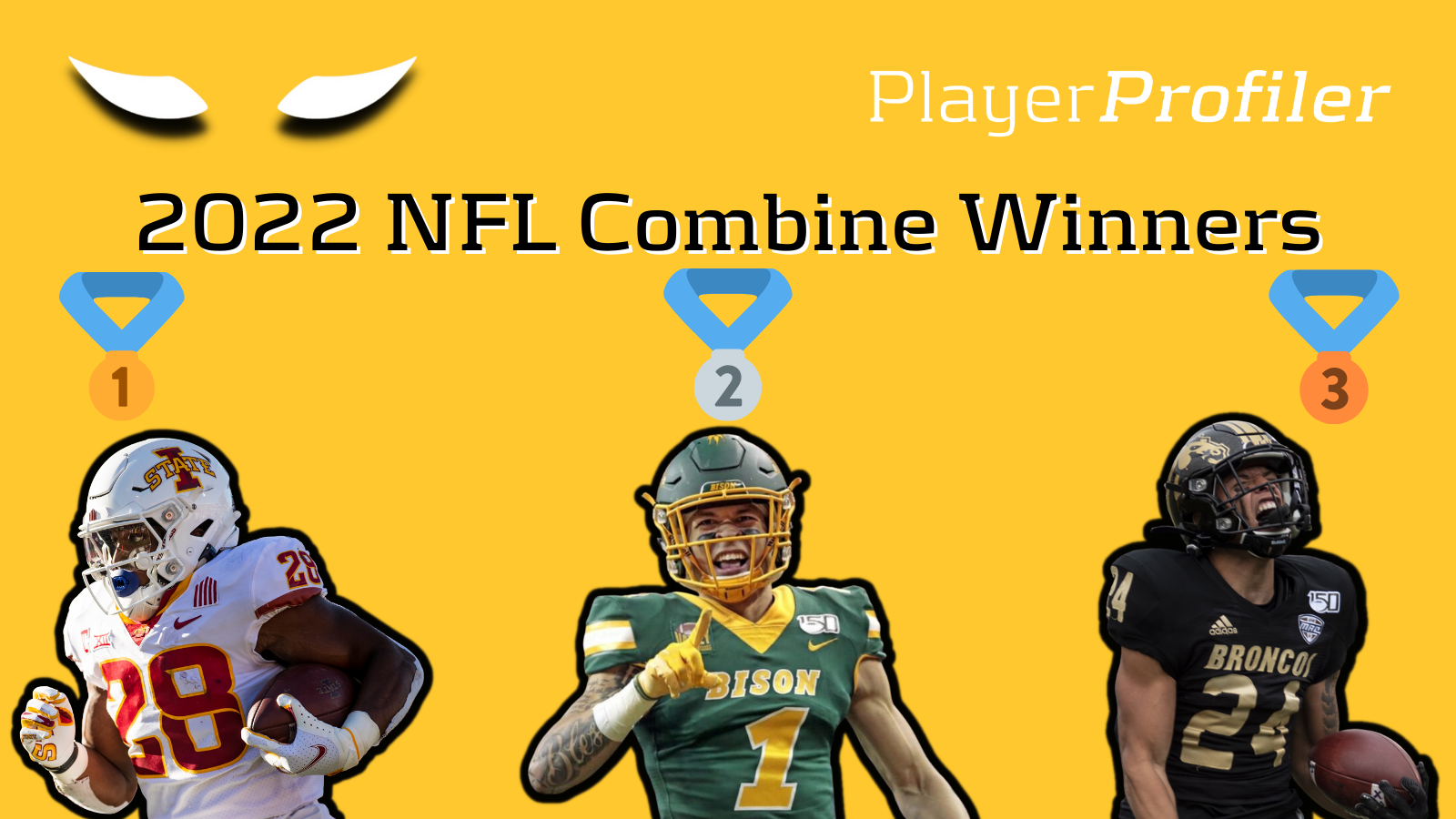 Breece Hall’s resume is as sparkling as one a college running back could create. His tape and production already made him a nearly indestructible running back. But him blowing up the Combine was the last piece to make him a bulletproof prospect. To make matters even better, won’t turn 21 until May 31st, more than a month after he hears his name called. He should be the first running back to hear his name called among his class both in the NFL Draft and in upcoming fantasy drafts.

Whoa! Well, hello there Christian Watson! He may not have lit the college football landscape on fire the way Breece Hall did. But, he did manage to accumulate a robust College Dominator Rating/College YPR combo. Watson blew up the Senior Bowl with his dynamic skillset and then did the same at the Combine with his otherworldly athleticism. Doing so solidified him as a likely Day 2 draft pick at the minimum and possibly a first-round pick in late April. When it comes to winners of the Combine and the draft season, perhaps no player did so as emphatically. 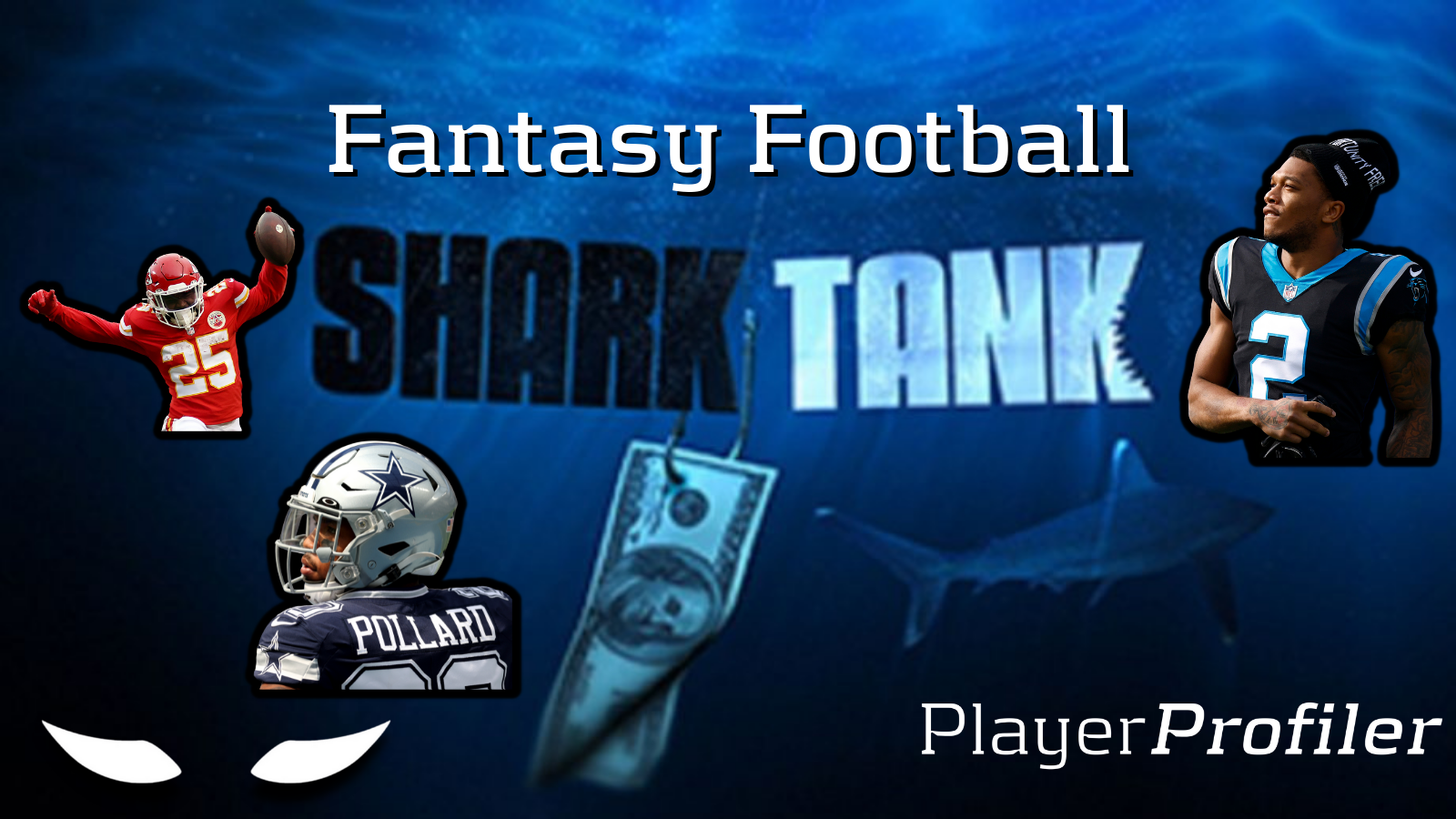 Despite Tony Pollard’s fantastic efficiency metrics and Clyde Edwards-Helaire’s lackluster production, the two backs’ fantasy values have yet to fully flip. D.J. Moore is a stud. He is a wildly talented wide receiver that is as close to QB proof as there is. Just like Pollard, Moore needs his situation to improve to fully reach his potential. But unlike Pollard, he is a stable dynasty asset regardless of his team making any improvements.