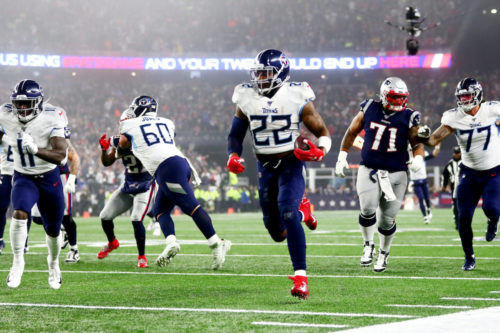 In Week 2, not only were our fantasy teams battered with injuries, but our Monkey Knife Fight Props suffered as well. Atlanta used Julio Jones as a decoy for the most part as he played with an injured hamstring, which blew up our Reception Perception prop. The Colts and Vikings game did not go as planned after an early Parris Campbell injury. With Campbell out, the Colts focused on running the ball, finishing with 40 rushing attempts and featuring Jonathan Taylor.

After missing on four of five props, we dropped $25 this week, bringing our total to $220. Though we’re still in the green for the year, with plenty of room to grow.

In Week 1, the process told us to chase the Over in most games. Sportsbooks assumed less efficient offenses with no preseason, making props favorable to the “Over” crowd. In the Week 3 main slate, four games are projected for a 49-plus point game total, up one from Week 2. For Week 3, we will chase the two the most explosive offenses in the NFL, Dallas and Seattle. We’ll also target the Las Vegas-New England game, where both teams predominantly target one or two key players in the receiving game.

The Chargers backfield was heavily discussed this offseason. Could Austin Ekeler control the backfield like Christian McCaffrey in Carolina, or would Justin Jackson nuke his ceiling? The answer was actually Joshua Kelley, who like Ekeler, ranks No. 6 among qualified running backs with 35 carries. Kelley heads into a juicy matchup against Carolina. The Panthers gave up nine more rushing touchdowns than any other team in 2019, and already six this year. 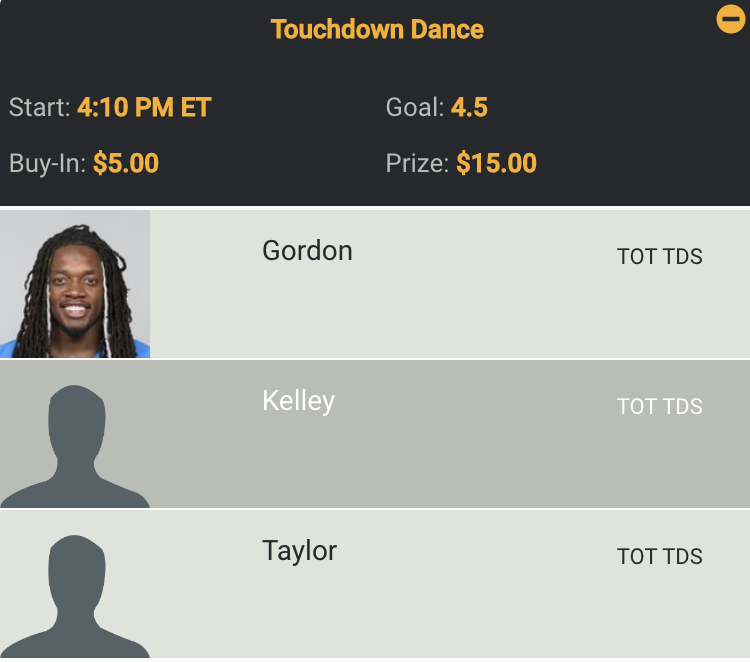 On paper, Melvin Gordon‘s matchup with Tampa Bay is unfavorable, but the metrics say otherwise. Through two weeks, Tampa is the only team in the league to allow more receiving yards (168) than rushing yards (124), while also giving up two touchdowns on the ground in each of the first two games.

Last but not least, Jonathan Taylor. After finishing Week 2 with 40 team rushing attempts, expect the Colts to feed Taylor 25-plus times again. The Jets gave up 7.0 yards per carry, 182 rushing yards, and two touchdowns to San Francisco in Week 2.

Darren Waller‘s 12 Week 2 receptions are more than all but two tight ends have totaled through both weeks. Carrying the No. 1-ranked Target Share among all tight ends at 38.7-percent, and a 99th-percentile Speed Score, Waller is nearly unguardable. 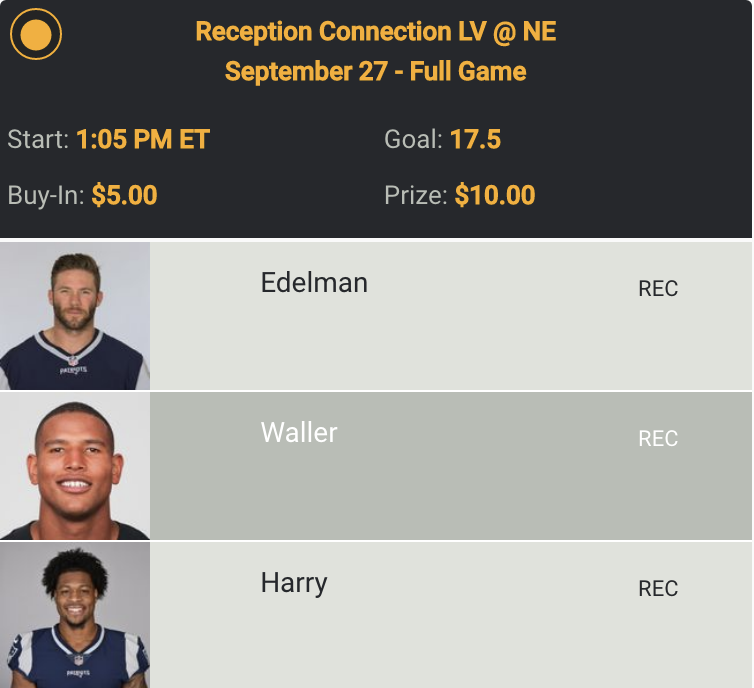 On the other side of the ball, Julian Edelman and N’Keal Harry have dominated the Target Share in New England to a combined tune of 58.0-percent. Coming off of a 444-total yard explosion Cam Newton and the Patriots give the Raiders their toughest test of the season on Sunday.

Gone are the days of Derrick Henry starting the season slow. Through the first two weeks, Henry has recorded 59 touches, with 200 yards and two touchdowns on the ground. For the first time in his career, the Titans are 2-0, reeling with injuries at wide receiver and cornerback.

Jonnu Smith, through two weeks, has already tied a career-high with three touchdowns. Smith has run 19.4-percent of snaps out of the slot, one of Minnesota’s weakest positions. The Vikings have given up five touchdowns to wide receivers in 2020, good for No. 32 in the NFL. 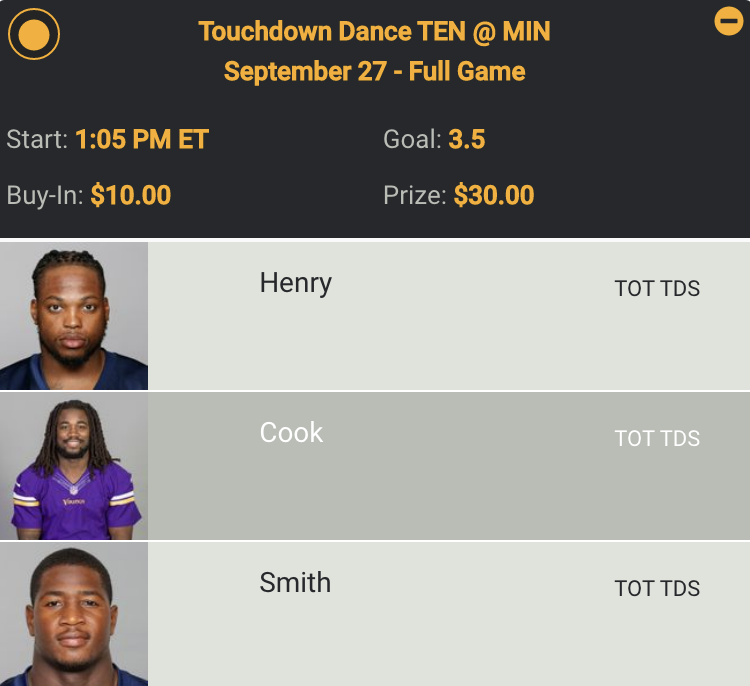 The one bright spot on the Minnesota Vikings, despite running the fewest offensive plays in the NFL, is Dalvin Cook. Despite only recording 26 (No. 19) carries so far, Cook has three (No. 4) touchdowns and averages 4.3 (No. 25) True Yards per Carry. If the Vikings want to right the ship on Sunday, feeding Cook early and often is the only option against a Titans defense allowing 5.1 yards per carry on the season.

The highest projected game total on Sunday features two explosive NFC offenses. Seattle and Dallas are both coming off 35-plus point home shootout wins, looking to stay hot against one another. The cornerback duo of Quinton Dunbar and Shaquill Griffin have given up a combined 369 receiving yards, the most in the NFL. Expect Amari Cooper, who ranks No. 2 with 20 Catchable Targets, and Michael Gallup, who ranks No. 6 with 21.6 Yards per Reception, to take the top off of Seattle’s defense on Sunday. 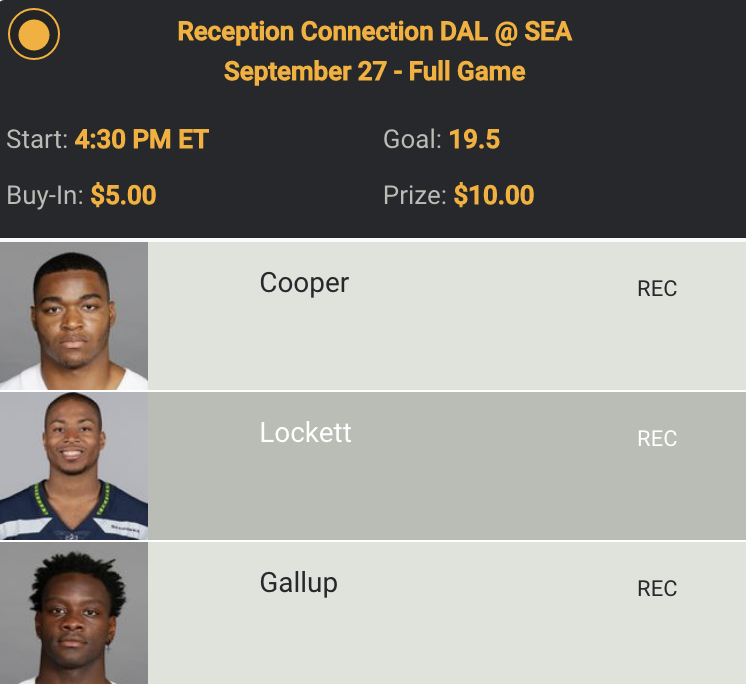 Tyler Lockett draws the Cowboys primary slot corner, former third-round pick Jourdan Lewis. A week after giving up seven receptions and 61 yards to the Falcons and Russell Gage, Lewis looks up at his toughest task this season. Lockett leads Seattle in targets and receptions while carrying a 100.0-percent (No. 3) True Catch Rate.

No. 5) The Podfather’s Prop of The Week – Dallas @ Seattle: Touchdown Dance

Like Prop No. 4, The Podfather will hammer the FOX Game of the Week in the afternoon slate. Ezekiel Elliott averages 22 rushing attempts per game and has scored three (No. 4) touchdowns while averaging 4.2 (No. 27) True Yards per Carry. When Dallas gets in the red zone, it’s either Zeke or Dak Prescott getting the touches against a Seattle defense that gave up two rushing touchdowns in Week 2. 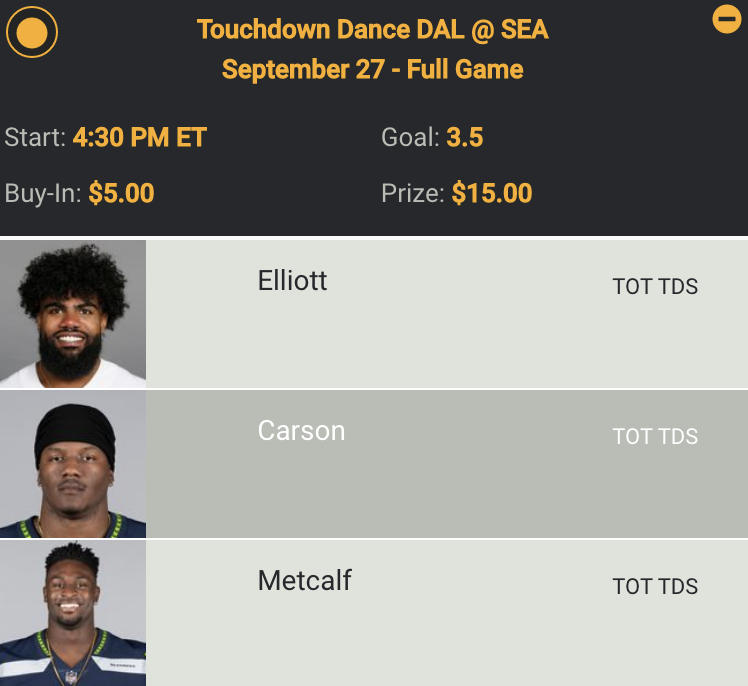 The Podfather’s Week 3 Prop of the Week

Hedging Chris Carson with D.K. Metcalf on the Seattle offense is the only logical angle in a Touchdown Dance. Both Metcalf and Carson scored in Weeks 1 and 2, combining for five of Seattle’s nine touchdowns. Metcalf averages 23.4 (No. 2) Yards per Reception, more than anyone in the NFL with over five targets. While Carson doesn’t have the largest Opportunity Share, he capitalizes when Seattle looks to him.

For more props from The Podfather, head over to his YouTube page and watch the Prop Cast Happy Hour, airing live on Friday nights at 5:oo.

Follow along each week as I walk you through the top props of the week from Monkey Knife Fight. Use the Promo Code: UNDERWORLD when you join to receive a 100-percent Instant Match Bonus up to $50.