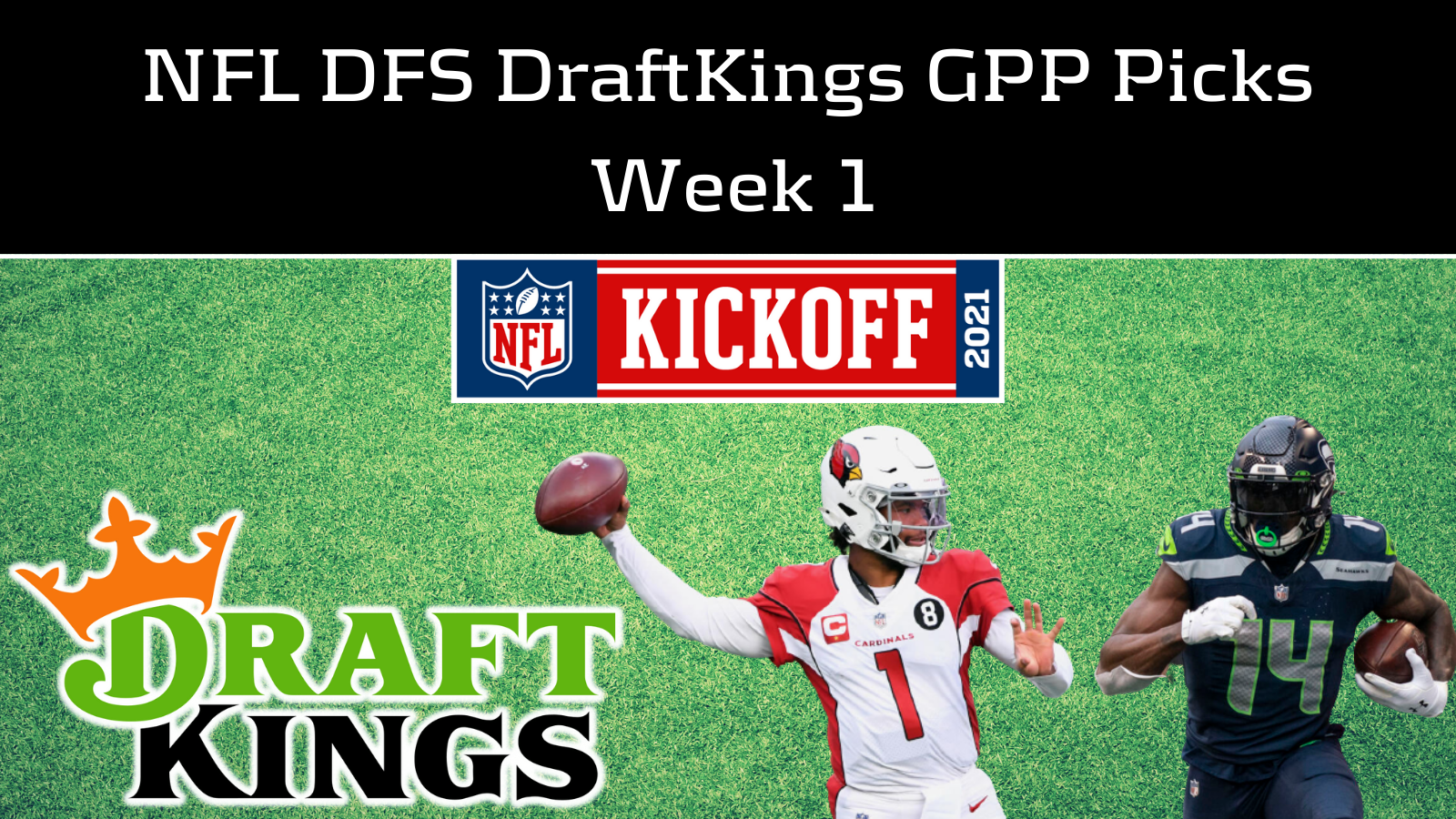 The Titans/Cardinals season opener is looking like a primo spot to target for DFS. The hefty Vegas implied game total of 52 ranks second on the slate and suggests plenty of scoring. The uptempo game environment should also force the Titans to pivot from their run heavy tendencies. Last season, Ryan Tannehill was an ultra effective passer even earning top five in Total QBR (82.2), Touchdown Rate (6.8) and FantsyPoints Per DropBack (.69). 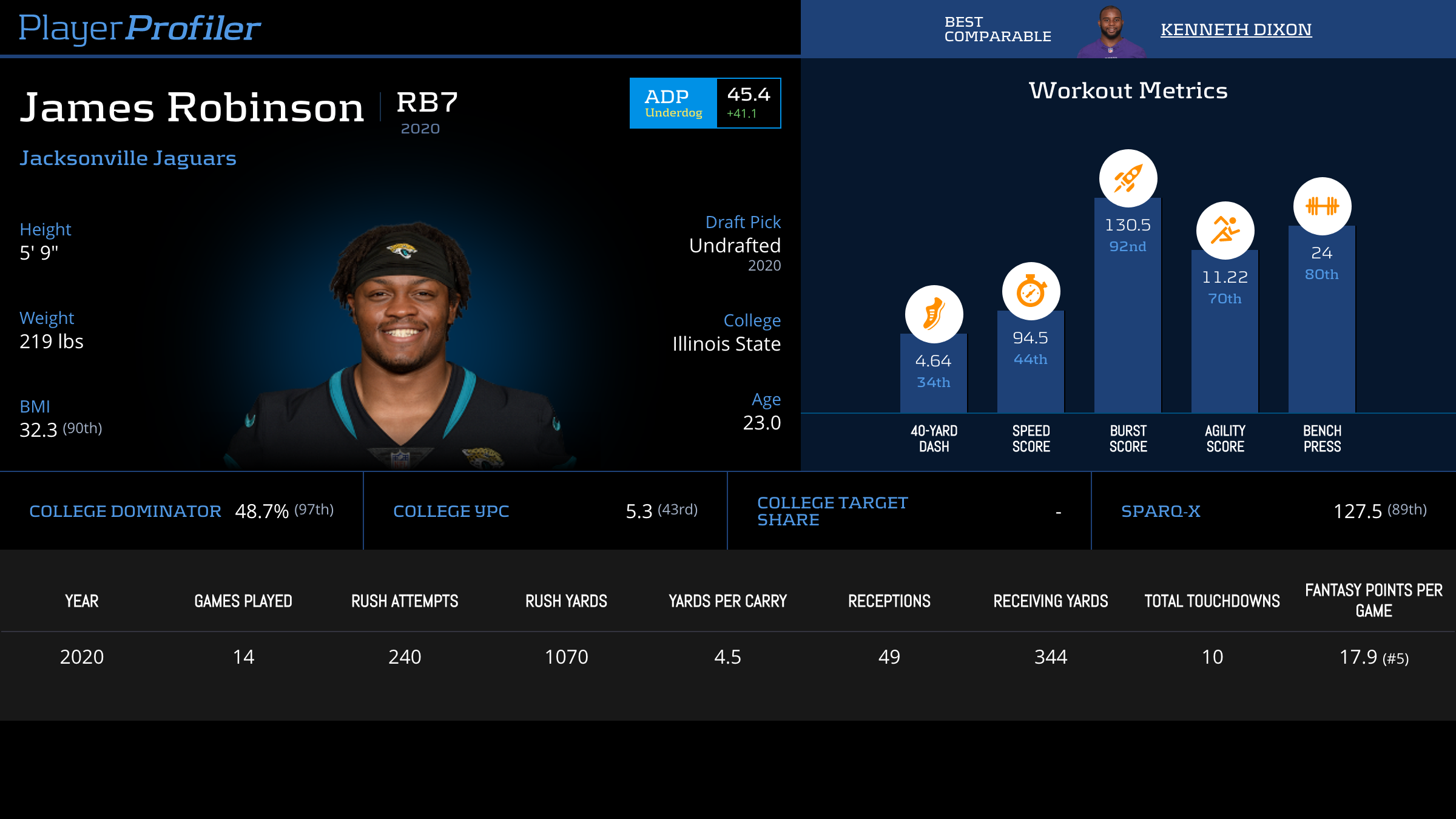 James Robinson finds himself in a workhorse role (again) following Travis Etienne’s unfortunate season-ending foot injury. Although Robinsons’ workout metrics leave something to be desired and his best comparable is Kenneth Dixon (woof) none of that matters because volume is king. In 2020, Robinson got massive work logging 240 (No. 6) carries while averaging 17.8 (No. 6) Fantasy Points Per Game. His 85.7-percent (No. 2) Opportunity Share highlights his involvement in the offense. The matchup literally can not be better as well. In 2020, no team allowed more rushing yards or touchdowns on the ground than the Houston Texans (33.6 PPR per game average allowed to opposing rushers).

Although the 49ers drafted Trey Sermon early, the fact remains that Raheem Mostert is still the lead back on a team that’s expected to score a lot of points. Mostert’s 5.6 (No. 5) Yards Per Touch and 96th-percentile Burst Score should bode well against a Lions team that allowed 33.1 PPR a season ago to opposing backs per Pro Football Reference.

While Christian McCaffrey, Dalvin Cook and Alvin Kamara project to be chalky, all backs look like great options leading the category in Weighted Opportunites Per Game. 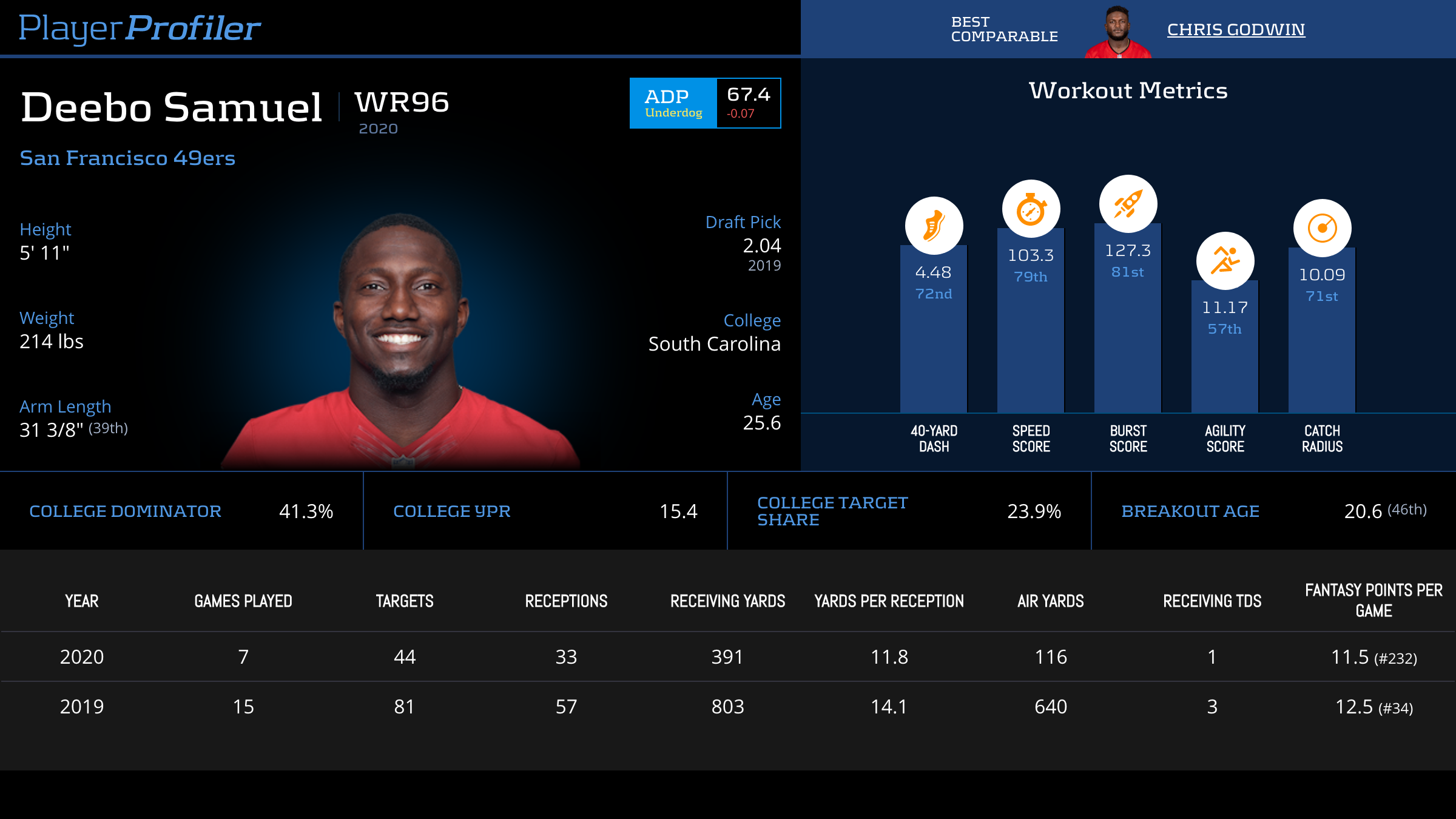 Deebo Samuel makes for an appealing fantasy option this week when the 49ers look to hand the Lions their first loss of the season.  The 49ers Vegas implied team total of 26.5 is fourth highest on the slate. With Brandon Aiyuk just returning to practice (hamstring) on Wednesday, expect Shanahan to call plays focusing around the line of scrimmage as to not risk deep-threat Aiyuk in what should be a cupcake matchup. Samuel’s Average Target Distance of 2.63 yards ranked last in the NFL but that actually works in our favor in this situation.  By using end-arounds and screens around the line of scrimmage, Samuel can unlock his Yards After Catch (8.8 p/target).

The Seahawks/Colts game has the third highest Vegas total on the slate (49.5) and is being played on the fast-track in Indy. No player outside of Michael Pittman is projected over 10-percent ownership (according to Rotogrinders LineupHQ). Tyler Lockett and D.K. Metcalf accounted for 46-percent of the Seahawks 2020 Target Share while Pittman saw 26-percent for the Colts. This looks like another nice 4-man game stack situation.

The Falcons and Eagles allowed the most and ninth most fantasy points to opposing wide receivers last season.  Devonta Smith‘s 34.6-percent Target Share at Alabama last year gives us a clear run-back option on the Eagles side of the ball. The Matt Ryan/Calvin Ridley/Kyle Pitts/Devonta Smith stack is very intriguing.

Getting the Browns/Chiefs game right will be critical to binking any contests Sunday. In the two teams’ last meeting, Travis Kelce went off for 27.9 PPR points with a stat line of 8/109/1. Kelce’s involvement in the offense was evidenced in him ending the year as a top-two tight end in Air Yard Share (25.6-percent), Target Share (25-percent) and Red Zone Target Share (28.6-percent). Only four teams allowed more touchdowns to opposing tight ends than the Browns last season. Play Kelce. 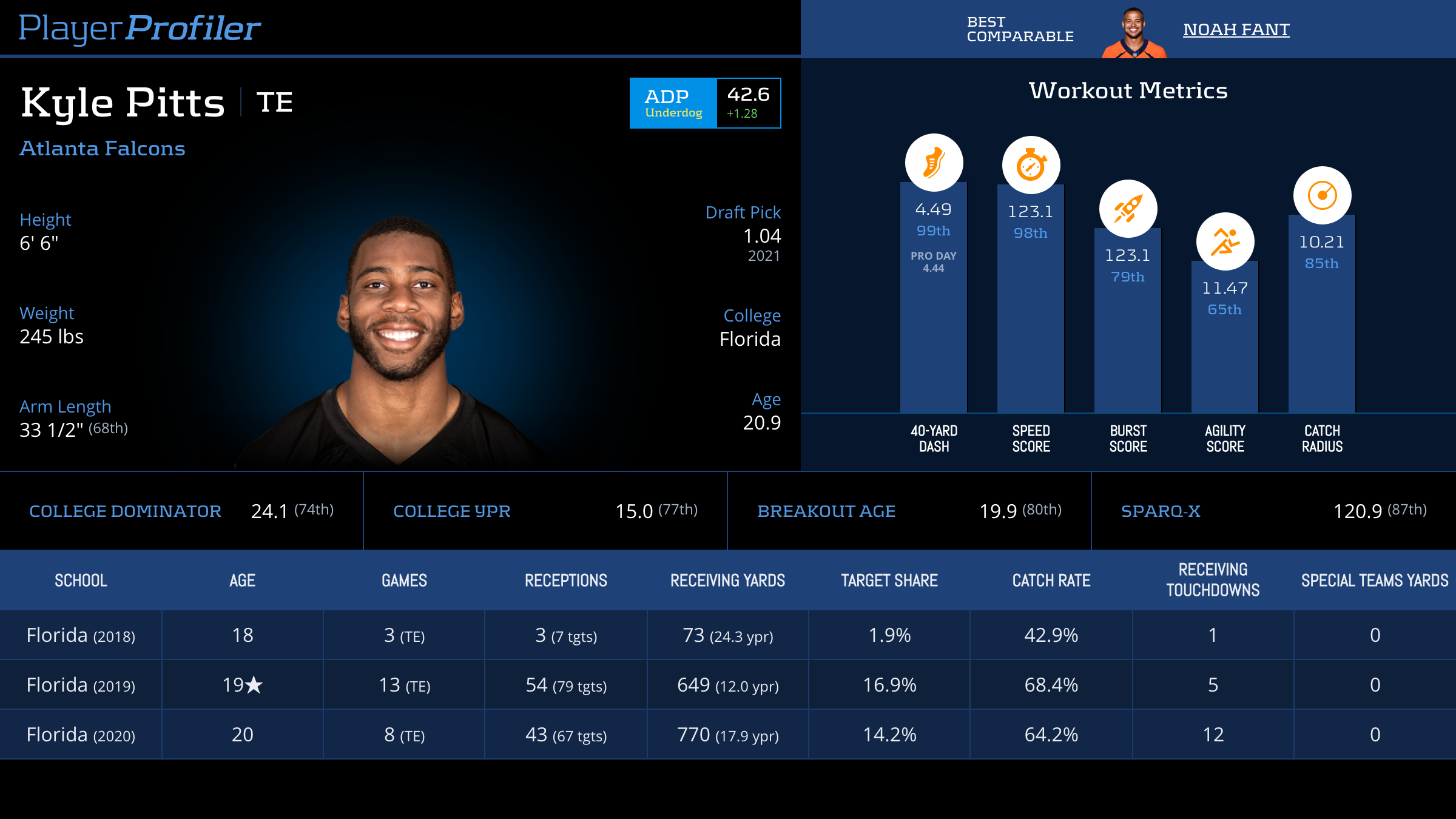 Kyle Pitts is too cheap at $4400 on DraftKings. He has all the athleticism you could wish for in his 99th-percentile 40-Yard Dash and 98th-percentile Speed Score. His addition to the offense will help fill the Target Share void left behind by Julio Jones.