His Underdog ADP was pick No. 76 (RB32) in September, which is crazy considering Adrian Peterson and Derrius Guice were both let go. He finished his 2020 campaign as the RB12 in half-PPR formats. Now his 18.4 ADP sees him as the RB13 off the board.

I was picking up a fair amount of him in the second rounds of rookie drafts and in the seventh and eighth rounds of seasonal drafts. I had him in 70-percent of dynasty leagues and 60-percent of my seasonal leagues.

I’m a Washington Football Team fan, so I was intrigued by the Antonio Gibson selection in the third round of the 2020 NFL draft. I had known a little bit about him, but I never really turned on the tape or looked past his box score stats. Although he was in a crowded backfield with Adrian Peterson and Derrius Guice, I liked him a lot once I turned on the tape, and knew he would fit the Scott Turner system.

He’s a jack of all trades; a 6-0, 228-pound specimen playing WR in college. In his redshirt junior year, he had 735 receiving yards with 19.3 yards per reception along with 12 total touchdowns. He also had a 12.7-percent (88th-percentile among qualified running backs) College Target Share. He was a good, not great college receiver, but that’s not what he was drafted for and I knew that.

Antonio Gibson was drafted to be a running back with great receiving skills. It’s how Scott Turner used Christian McCaffrey and it was how he was going to use Gibson. Although he didn’t get many carries in college, he made it count when he did, with an insane 11.2 (99th-percentile) College YPC average. He ran a 4.39 (98th-percentile) 40-yard Dash, which outputted a 99th-percentile Speed Score. He was hitting the holes, making guys miss left and right, and popping off for breakaway runs. That’s why I hopped on the train.

First of all, having good receiving ability can give a running back a great opportunity to enter a timeshare or even take the RB1 role. Players like Nyheim Hines, Kareem Hunt, James White, and Tarik Cohen have maintained prominent roles on their teams solely based on their catching ability. It’s because of this that rookie running backs who have good receiving ability have a higher chance of securing snaps in the NFL.

Another thing I learned from this is that if a rookie running back is talented enough and has high enough draft capital, they will obtain the RB1 role. Antonio Gibson’s situation might not have qualified for a crowded backfield, but it was when he was drafted and it goes to show how replaceable the position is for better talent. Rookie running backs Jonathan Taylor, D’Andre Swift, J.K. Dobbins, and Cam Akers all dealt with crowded backfields, yet they all ended up seizing the majority of the Snap Share. Basically, if a team shows their investment in a running back on Days 1 or 2 of the NFL Draft, they have a way higher chance to get snaps over other running backs drafted on Day 3.

I’d be perfectly comfortable taking him right at his 18.4 Underdog ADP. He is behind the top running backs as well as Cam Akers, Austin Ekeler and Nick Chubb, but in front of D’Andre Swift, Joe Mixon, and J.K. Dobbins. He offers stability with upside, whereas other options around his range do not.

His Underdog ADP entering his age 30 season was pick No. 61 (WR28). In a disappointing 2020 campaign, he ended up being the WR48 in Fantasy Points per Game.

Although I wasn’t as invested in T.Y. Hilton as Antonio Gibson, I still had him in 40-percent of my leagues. With him being 30 years old, I only invested in him in seasonal leagues.

I already expected a dropoff with Jacoby Brissett at the helm of the offense in 2019, but I didn’t expect him to drop all the way to the WR57, though he only played ten games. Then the gunslinger himself, Philip Rivers, arrived in Indianapolis. Between this and Hilton’s poor 2019 season, I saw it as an opportunity to take him at value.

The WR1 chair had T.Y. Hilton’s name written all over it. It was unanimous even with Michael Pittman being drafted. The QB upgrade from Jacoby Brissett to Philip Rivers was a big one. What WR wouldn’t want Rivers feeding them the ball? Even with him being 30 years old, I felt a bounceback year in the making. If anything, the Pittman draft pick should have helped Hilton and made his job easier. 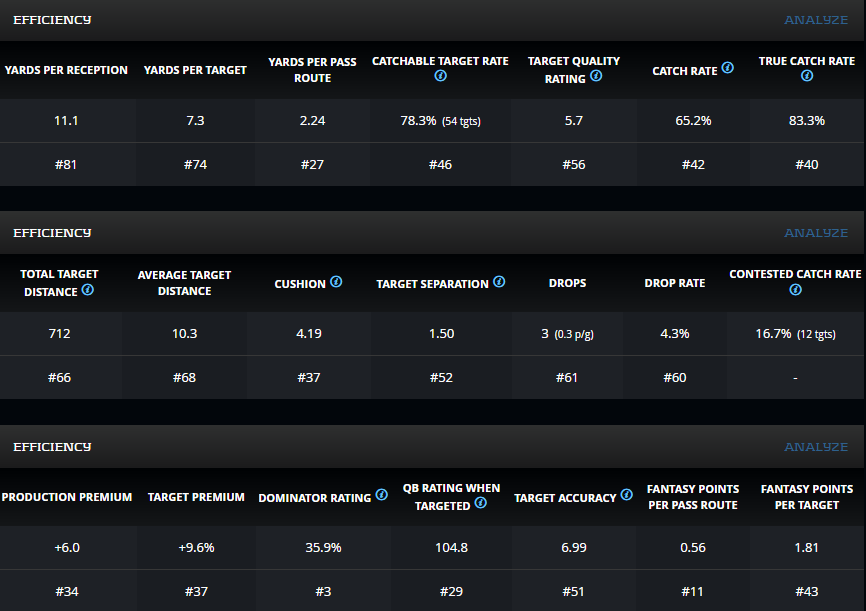 I was excited for this Colts offense to get Rivers mostly because Hilton’s 5.7 Target Quality Rating ranked No. 56 in 2019. Combining an upgrade at target quality with his 35.9-percent (No. 3) Dominator Rating, I expected a good season.

Investing in any position well past the age apex is usually a dart throw. Regression and where ever you track NFL player injuries, it is clear that injuries are common at the NFL level. I also didn’t take into consideration that it’s helpful to have an alpha profile if you want Philip Rivers to feed you the ball. T.Y. Hilton is 5-9 and 183-pounds, whilst former Rivers teammate Mike Williams is 6-4 and 218-pounds. 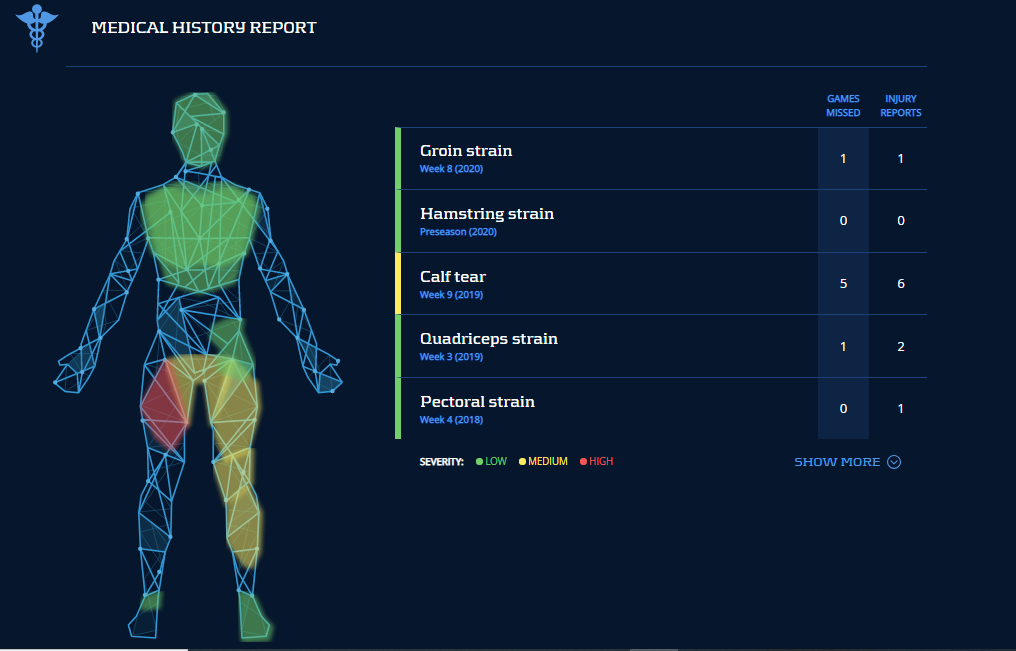 Opportunity doesn’t equate to fantasy points. A player can have the receiver room all to himself, but if he doesn’t have the skills necessary to be an alpha, it won’t pan out. Examples include Marquise Brown, Darius Slayton and DeVante Parker. Looking back, I was drafting an old beta receiver.