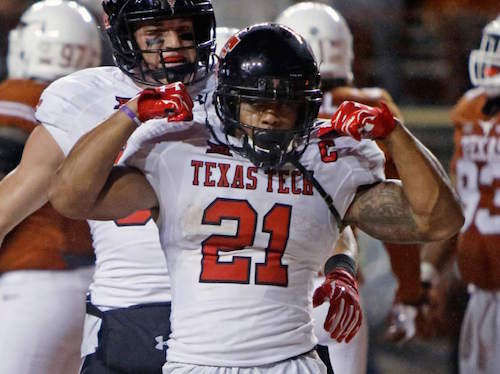 With the NFL becoming more of a passing league every year, it’s no surprise that the ascendance of running backs who specialize in catching passes is being felt throughout the fantasy football landscape.  Over the last three seasons, backs receiving a higher percentage of touches through the air than on the ground have been more fantasy viable than ever.  To put this more into perspective, consider that only three backs with fewer than 100 carries finished among the top 30 in PPR leagues from 2006 to 2011.  While in the four seasons since, 12 players have accomplished that feat.  Four of whom did it in 2015.

Shawn Siegele’s work in bringing the Zero RB theory to fantasy football has shown us that it’s in our best interests to target what he calls Profile 2 runners later on in fantasy drafts.  These kinds of backs generally fall into the 200 to 220-pound range and have demonstrated good speed and agility for their size.  They don’t always start their careers receiving the chance to be every-down NFL workhorses.  But if they receive that chance, they usually turn into LeSean McCoy, Jamaal Charles and Matt Forte and become early-round fantasy draft picks.  With fantasy football trending in the direction of Zero RB and reality football continuing to trend in the direction of pass-catching backs, players who fit the Profile 2 description like Wendell Smallwood, DeAndre Washington and Kenyan Drake have a real chance of being fantasy-useful early on in their careers.  These are three unique rookies in three unique situations and while none are likely to enter the 2016 season starting for their respective teams, all of them are in a good spot to be able to carve out niches in their teams passing offenses.  All are also likely to have palatable rookie season redraft ADPs, which could make them league-winning value picks at the end of drafts.  I’ll also include Daniel Lasco in this grouping.

I talked about Daniel Lasco before the draft as a potential late-round value in rookie drafts, and he’s received some more virtual ink on Player Profiler since being drafted in the seventh round by the New Orleans Saints.  As a seventh round pick, he faces the longest odds of the aforementioned players of making it onto his team’s 53-man roster.  But take look at his profile and imagine how much higher his SPARQ-x Score would be (and how much higher he would’ve been drafted) if he had recorded the same Agility Score at the Combine that he did at his Pro Day (10.97, between the 88th and 89th-percentiles).  Now imagine him playing the C.J. Spiller role in New Orleans, possibly as early as this year.

While Kenyan Drake was the third RB selected in the 2016 NFL Draft and a third round selection of the Miami Dolphins, he also seemingly faces a more uphill climb towards becoming an every-down workhorse at the NFL level than Wendell Smallwood or DeAndre Washington.  Partly because he was always behind a more talented back on the depth chart during his four years at Alabama, partly because of his 6th-percentile BMI of 27.7 and partly because the 6-0, 220-pound Jay Ajayi (just-a-guy-ee?) looks to be more suited for the role of early-down pounder.  Even if that’s the case, Drake ranks third in this rookie class with 2.07 yards per route run and has shown the ability to make plays when lined up wide (as he was on nearly 25 percent of his snaps last season).  So he can still be a valuable fantasy asset in a limited role.

One stat that bodes well for all of Wendell Smallwood, DeAndre Washington and Kenyan Drake at the next level is their 6.4 college yards per carry (84th-percentile).  It’s not uncommon to see players with upper-percentile college yards per carry like Danny Woodhead and Duke Johnson become forces in NFL passing games, even if they’re more like Reggie Bush and Giovani Bernard and don’t have elite College Dominator Ratings.  All three of these rookies recorded the same college yards per carry average, but Drake also added 12.4 yards per reception.  This number bested that of both Washington (8.8) and Smallwood (9.1), though it was on a cohort-low 46 catches.  It speaks to Drake’s ability that he was the most explosive all-around player of the three, even though it was on the smallest sample size.  Being the only Combine-invited runner besides Tyler Ervin to return a kickoff for a touchdown in his career, Drake also has the added bonus of special teams prowess.  Neither Drake or Jay Ajayi look like full-blown NFL workhorses.  But because their skill-sets seem to mesh well together, that may not matter all that much.

In Player Profiler’s recent 5-round rookie mock draft, Chris Bean selected DeAndre Washington with the third pick of the second round.  He was picked three spots before Paul Perkins as the seventh RB off the board, which was a head-scratcher for some of our writers.  This is my attempt to rationalize why I could see Washington being more of a factor than people are anticipating.  Nothing against Perkins, though he may not actually be better than Marshaun Coprich. But that’s another story for another time.

We can begin to make a case for DeAndre Washington by looking at his college receiving production.  Washington caught an absurd 124 passes in a four-year career at Texas Tech, including three straight seasons with 30-plus receptions.  Compare that to presumptive Raiders starting RB Latavius Murray who only has 108 catches in a combined six seasons between college and the NFL, and that’s after you include his 41-catch season in 2015.  In all four of his college seasons, Washington led his teams RBs in both receptions and receiving yards.  Granted Murray accomplished that feat in three of his four years at Central Florida, but he never had more than 27 catches or more than 242 receiving yards.  Numbers Washington failed to surpass in only his freshman season.  If Murray can’t exceed 41 receptions starting 16 games uninterrupted by injury at the NFL level, it’s safe to say we know why the Raiders drafted Washington.

Latavius Murray may have better workout metrics than DeAndre Washington, but Washington had more college carries (605 to 453), more receptions (124 to 50) and was starting by his junior year while Murray never ascended to the lead RB chair until his final year (though he did record the earlier Breakout Age).  It’s also telling that Washington was a higher draft pick than Murray while having a significantly better BMI of 31.0 (70th-percentile) to Murray’s 28.6 (17th-percentile).  Washington also has the edge in strength per their Combine Bench Press numbers (24 to 22), which doesn’t seem like a huge deal until you consider that Murray weighs 223 pounds while Washington only weighs 204.  Looking at all of these factors, you can begin to make a case for Washington being the better player in a vacuum.  Now that Murray has a backup behind him on the depth chart who doesn’t have impingements in both of his hips, he can’t be as inefficient as he was in 2015 if he hopes to keep his starting job for the long haul.  Of the seven RBs who started 16 games last season, Murray was less efficient than all except Alfred Morris.

The Raiders will enter the 2016 season quietly fielding one of the NFL’s better offensive lines per the Pro Football Focus grading system.  If DeAndre Washington can find his way into the starting lineup for an extended period of time, he could be a league-winner.

Possessing the best combination of speed, agility, and receiving production among RBs in the 2016 draft class, Wendell Smallwood looks like a classic Profile 2 back.  Though he was the Big 12’s leading rusher with 1,519 yards in 2015, what makes Smallwood attractive is seasons with 26 and 31 catches on a West Virginia team not known for featuring their RBs in the passing game.  He never recorded a receiving touchdown in his college career, but the last West Virginia running back to record a receiving touchdown was Charles Sims in 2013.  And despite Sims catching 45 passes for 401 yards and three touchdowns that year, we know from his 11.46 Agility Score that he’s not as agile as Smallwood.  While Sims holds the edge in burst, Smallwood’s position-best 3-cone drill time of 6.83 seconds at the NFL Combine helps him maintain such a strong agility advantage.

Rotoviz’s Jon Moore has done great work in showing us the hidden value of special teams stats for running backs and wide receivers.  With 550 career kick return yards, 618 receiving yards and 2,462 rushing yards, Wendell Smallwood’s diverse skill set is the reason Moore compares him favorably to Duke Johnson.  There’s also something to be said for Smallwood’s consistency, as he ended his college career with 14 straight games rushing for at least 70 yards.  Not even Ezekiel Elliott and Derrick Henry can put that feat on their impressive resumes.

With Darren Sproles not participating in voluntary workouts, thus being a candidate to be traded or cut, Wendell Smallwood has made the most of his early opportunities to impress the Eagles coaching staff.  But regardless of whether Sproles is on the team to begin the 2016 season, the departure of DeMarco Murray and his 238 touches from 2015 frees up a ton of opportunity for the Philadelphia RBs.  Though he didn’t receive a tremendous amount of opportunity last season, Ryan Mathews was among the most efficient RBs in the NFL.  And while he seems to have finally shed the ‘injury prone’ label that plagued him for years, he still hasn’t played in all 16 games since 2013.  Smallwood averaged 18.75 carries and 20.7 touches per game in his final college season in spite of his size, which bodes well for his ability to handle a full NFL workload if it comes down to it.

A perfect storm kind of scenario that sees Wendell Smallwood start a few games in 2016 should Ryan Mathews miss time, with Darren Sproles not on the roster to steal receiving work, could make him the next Profile 2 superstar.