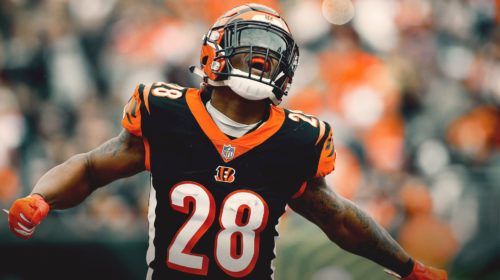 It’s time to lay out the big incumbent winners from the NFL Draft. 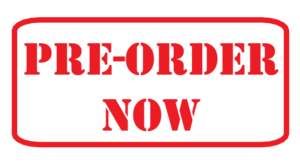 Despite the weaponry upgrades, he is fantasy football’s quintessential wild card quarterback. Keep Jeff Driskel stashed in all 2QB and superflex dynasty leagues.

After the Eagles refused to add a running back in the NFL Draft, wherever you are on Miles Sanders is too low. The fantasy splits with and without Jordan Howard are striking (10.9 vs. 17.2 Fantasy Points Per Game).

Sanders looks the part of a top-5 bell cow RB, but can be had in the second round. Giddy up.

Based on Atlanta’s pre-draft interviews, the Falcons had every intention of selecting either Jonathan Taylor or D’Andre Swift in the second round, but when the Colts selected Taylor, the team pivoted. 2020 is now tee’d up perfectly for a Todd Gurley post-hype renaissance. His explosiveness may be degraded, but Ito Smith and Brian Hill are no threat to Gurley’s workhorse role in one the the NFL’s most prolific offenses.

How do you detangled a player from his environment? PlayerProfiler, duh. Joe Mixon was top-5 in both Juke Rate and Yards Created Per Touch last season, which is especially impressive given his volume.

The Bengals signaled an extension is coming sooner rather than later when the team refused to use the NFL Draft to gain additional leverage on Mixon. The new collective bargaining agreement’s punitive measures against failing to report to training camp will further dissuade a holdout.

We know Matt Breida is fragile, but dammit he is an explosive playmaker. The Dolphins invested heavily in the offensive line (Robert Hunt is a road grating monster), and then traded a 5th round draft pick for a Breida, because they just couldn’t start the season with Jordan Howard and Patrick Laird in the backfield with a straight face.

After DeVante Parker emerged as one of the most consistent fantasy wide receivers in 2019, Miami signed him to an alpha receiver contract. The team then refused to select a receiver in a talent-rich WR class despite Preston Williams‘ midseason ACL tear. All signs point to a clean and easy WR1 season from Parker this year.

The moment the Rams selected Van Jefferson over Denzel Mims(!), Robert Woods became a screaming long in all formats. While Cooper Kupp was getting pulled off the field in 2-TE sets last season, Woods was operating as the true No. 1 wide receiver in all game situations. The soon-to-be 24-year old Jefferson ain’t changing that.

There is serious bust risk with svelte 5th rounder Darius Slayton, but there is some tantalizing upside as well. The Giants focused on protecting Daniel Jones in the draft to enable more the downfield shot plays targeting Slayton. He is the one wide receiver worth chasing in New York this season.

The Steelers inexplicably reaching for WR-TE hybrid Chase Claypool in round 2 is more concerning for James Washington than Diontae Johnson.

After leading the NFL in target separation last season, Johnson will return to a slot/flanker role in conjunction with JuJu Smith-Schuster. Don’t tell JuJu enthusiasts about the non-zero chance that Ben Roethlisberger prefers Johnson’s reliability and short area playmaking ability this season.

Atlanta opted to give up a second round pick in one of the most talent-rich drafts in NFL history for Hayden Hurst. Few tight ends enter 2020 in a better situation as Atlanta has the most top-heavy receiving corps in the league. You don’t want to know who sits behind Julio Jones, Calvin Ridley and Hurst on the depth chart. While Julio and Ridley are in high-demand, Hurst is still relatively inexpensive across all formats.