The excitement of a new fantasy football season can cause us to forget about significant injuries that happened during the summer or the previous season. Injuries not only cause NFL players to miss games, but affect their performance levels when they return to play. Matt Kelley calls the in-season high ankle sprain a “high ankle f***” for a reason. The timetable for a high ankle sprain is four-to-six weeks, but it affects a player’s performance for an extended time, just ask Saquon Barkley and Alvin Kamara. The following five players suffered injuries last season or in the offseason. The effects of these injuries will be discussed, including the beneficiaries to target in fantasy.

Alshon Jeffery suffered a Lisfranc injury late last season and had surgery to correct it on December 14th. The surgery carries a nine-month recovery period and involves having a screw placed in the middle part of the foot for stability. The nine-month recovery period coincides with Philadelphia’s season opener on September 13th. However, recovery does not mean that a player will be in shape to play in an NFL game. On top of that, the screw in Jeffery’s foot will affect his running and jumping and can result in setbacks if he’s rushed back. The screw will stay in his foot for 12-plus months after the surgery. Jeffery is in a boot and starting the season on the PUP is becoming a reality. He will vacate a 22.6-percent (No. 23 among qualified wide receivers) Target Share and 15.4-percent (No. 20) Hog Rate while he recovers from his Lisfranc injury.

Dallas Goedert exceeded an 80-percent Snap Share five times from Week 11 to Week 17 while Jeffrey was out. During that time, Goedert had four games with 30-plus routes run and finished as the fantasy TE13 or higher in all four.

The Eagles also invested a first-round pick on Jalen Reagor. What he lacks in size at 5-11, 206-pounds, he makes up for with athleticism. His 4.47 (74th-percentile) 40-Yard Dash and outstanding (99th-percentile) 140.4 Burst Score will give Carson Wentz an outside threat that he lacked last season. His elite prospect profile tells us he’s capable of claiming a large Target Share during his rookie season.

DeSean Jackson (FFPC ADP: 154.93) is a value. In his only healthy game last season, he saw 10 targets and turned it into eight receptions, 154 yards, and two touchdowns.

In Week 9 of the 2019 season, Preston Williams tore his ACL. He had surgery to repair it on November 5, 2019, and the timetable for a torn ACL is nine months. Williams was cleared for football activities on August 3rd. Proceed with caution though. Players that returned following an ACL injury saw their performance fall by one-third. The linked article theorizes that “knee pain, stiffness, loss of strength, deconditioning and reduced proprioception” led to the loss of production.

A good rule to follow in redraft leagues is to avoid players coming back from ACL surgery. Cooper Kupp made people look foolish that took that advice last season through Week 9. However, his performance during the second half of the season contrasted his first-half performance. This is a warning to temper season-long expectations for Williams. It’s worth mentioning that he also had a prior ACL tear that occurred back in 2014.

The Dolphins had an underrated passing offense last season led by Conor McGregor doppelganger, Ryan Fitzpatrick. Playing from behind most of the season, they ran 42.1 (No. 4) pass plays per game. The team turned to two players to carry their passing game when Williams was placed on IR. DeVante Parker and Mike Gesicki combined for 41-percent of Miami’s targets from Weeks 10-17 last season. Gesicki finished as a top-15 TE in five of the eight games that Williams missed, and Parker finished as a top-24 WR in six of those games. If Williams struggles to perform in his post-ACL season, look for Parker and Gesicki to pick up the slack in the receiving game.

For a deeper target in redraft leagues, target Isaiah Ford. He had 21 catches (on 29 targets) and 235 receiving yards in the final four games of the season. With the opt-outs of Albert Wilson and Allen Hurns, Ford is the best wide receiver on the team behind Parker and Williams.

Last season, the Seahawks lost their top two running backs to injuries. Chris Carson suffered a hip fracture and Rashaad Penny had the dreaded late-season ACL tear. Penny is on the PUP list already and is expected to stay on it to start the season. This means that he will miss half of the NFL season; avoid him in drafts. Monitor his rehab though; he should be ready to contribute in time for the fantasy playoffs. Carson avoided surgery, which is good news for him. However, his 59.4-percent (No. 6) Injury Probability and a 78.8 (No. 12) Fragility Rating is concerning. He has failed to play a full NFL season in his career. 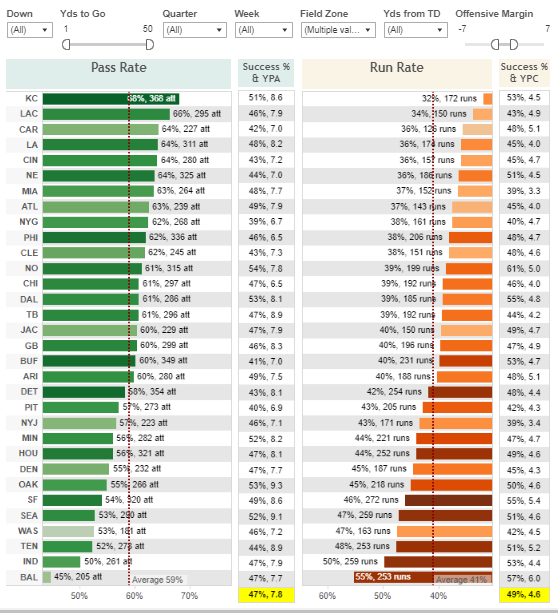 The Seahawks were a top-3 rushing team in both 2018 and 2019. When a game was within a touchdown last season, they tied for No. 2 in the NFL with 259 rushing attempts between their 20-yard line and the opposing 20-yard line. If Carson misses time with an injury setback, Carlos Hyde will be next in line to receive the primary rushing workload. Pete Carroll’s commitment to the run game will make Hyde a touchdown-or-bust flex option.

Travis Homer carries more upside in PPR leagues with his 4.48 (83rd-percentile) 40-Yard Dash and 132.2 (94th-percentile) Burst Score. In the two games that he started late last season, Homer had 11 catches on 13 targets. Despite failing to find the endzone in either game, he finished RB30 and RB22 for those weeks.

Deebo Samuel suffered a Jones fracture to his foot on June 16, 2020. A Jones fracture is a fracture of the base of the fifth metatarsal. Players clear for football activities in 10 weeks after surgery to fix the Jones fracture. Samuel’s timetable will have him cleared right before the NFL season begins. However, John Lynch and Kyle Shanahan aren’t ready to commit to his readiness for Week 1. Rushing a player back from a Jones fracture can cost them an entire season. It’s a different sport but Kevin Durant, in the 2014-15 season, had three additional surgeries in a six-month period because of setbacks. Samuel is a young, important player to the 49ers organization. Will they rush to get him back for Week 1 or Week 2? An alternative option is to put him on the PUP list and have him come back midseason.

If Samuel misses significant time, look for the 49ers to replace him in the lineup with Brandon Aiyuk. Samuel had 461 (No. 5) yards after the catch last season. Dubbed the “Yards After King,” Aiyuk will slide into Samuel’s role in the offense and give them the same dangerous passing option. Last season, Samuel finished WR27 or better in seven of the final eight games. Outside of George Kittle, Samuel was the only notable receiver that Jimmy Garoppolo had last season. With Jalen Hurd tearing his ACL, Aiyuk has the same depleted wide receiver core to compete with this season if Samuel misses time. With similar speed and better Burst Score, Aiyuk will slide into the 2019 Samuel role and dominate.

Injuries are an unfortunate side effect of the most popular American sport. Understanding the timetables of injuries and their impact on player’s performances makes us better at fantasy football. Temper expectations on players that suffered injuries that required surgeries. Surgeries are significant and should not be disregarded. Find sources of expert knowledge on injuries. Becoming a smarter fantasy football player and a better drafter involves educating yourself on the effects of injury timetables. For the five aforementioned injured players, adjust your rankings for their injuries and their teammates set to benefit.