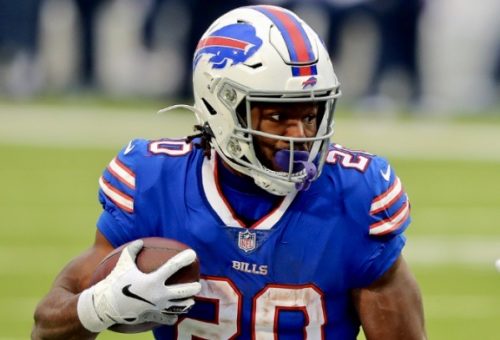 Back for an eighth consecutive week, the Dynasty Market Report is here to monitor the NFL’s weekly action and leverage PlayerProfiler’s advanced stats and metrics to feature players moving on the dynasty rankings.

Week 8 brought several exciting divisional matchups and a much anticipated rookie quarterback debut. Tua Tagovailoa was handed his first NFL start but had a quiet day in leading the Dolphins over the Los Angeles Rams. He completed 12 of 22 pass attempts, throwing for 93 yards and a touchdown. With the Arizona Cardinals up next in Week 9, all eyes will be on the 2020 fifth overall pick to see if he can vault himself to the impressive level of standout rookies Joe Burrow and Justin Herbert.

Week 8 market riser Brandon Aiyuk continued the strong start to his NFL career. With Deebo Samuel out and George Kittle leaving the game early, Aiyuk led the 49ers with eight receptions on 11 targets for 91 yards and a touchdown against the Seahawks. His performance rewarded fantasy managers with 23.1 points, good for WR6 on the week. He sits fourth among all rookies in Fantasy Points per Game. A focal point of the offense in the coming weeks, Aiyuk’s dynasty stock is poised to reach blue-chip status. Well, at least once he’s off the COVID-19 list due to close contact.

With Darrell Henderson picking up a first-half thigh injury against the Dolphins, Cam Akers saw a jump in playing time. He ended his day with nine carries and caught his one target for a total of 54 yards. Akers showed off his big-play potential, breaking a nice 10-yard run on his first carry and later juking multiple defenders on a 19-yard reception. Despite this, the opportunity to acquire the Rams rookie at value still remains. Recent reports suggest that his level of play needs to improve off the ball, he remains locked in a committee, and a Week 9 bye will slow any recency bias.

With the Arizona Cardinals back on the slate in Week 9 and Kenyan Drake still banged up, Eno Benjamin will hopefully get a chance to see the field for the first time. Interested dynasty managers get a 2-for-1 game to scout the performances of he and Tua Tagovailoa.

Since returning from injury in Week 6, Zack Moss has seen his Snap Share rise every week. In Week 8, Buffalo’s third-round rookie played on 51.8-percent of the snaps and carried the ball 14 times for 81 yards versus the Patriots. He also added pair of rushing touchdowns and had four touches inside the 10-yard line to Devin Singletary‘s zero. The rookie also out-snapped Singletary for the second time this season.

hard to undersell the importance of scoring zone touches for rbs.

Back in Week 1, Moss had eight red zone touches to Singletary’s one. Two inches taller and 20-pounds heavier than his running mate, it’s become apparent that Moss is the preferred goal-line option for the Bills. This puts him in the low to mid RB2 range. Josh Allen will continue to cannibalize a portion of red zone carries and the timeshare with Singletary isn’t going away. However, Moss’ touchdown upside is music to the ears of dynasty owners. He looks to be running with confidence over the past two games, and as a result, his dynasty stock is trending up.

Ravens top wideout Marquise Brown is frustrated. He took to social media to vent about his lack of involvement. Through seven games, the sophomore wide receiver has 27 (No. 42 among qualified wide receivers) receptions for 379 (No. 31) yards and two (No. 40) touchdowns. This is actually one reception and 75 yards fewer than he had through seven games in 2019 when he battled an ankle injury. He had also doubled his current TD total after seven games in his rookie season. With plenty of offseason hype and tantalizing workout videos, his 11.0 (No. 48) Fantasy Points per Game may have managers frustrated. To make matters worse, it would seem based on Week 8 that the WR to own in Baltimore is journeyman Willie Snead.

Why Marquise Brown is a bit frustratedpic.twitter.com/S9q2JiibFM

Lamar Jackson hasn’t played well this season and has had accuracy issues. The metrics support this, with Brown owning a 70.5-percent (No. 86) Catchable Target Rate. At least Jackson has taken ownership of not getting the ball to his key playmaker. The squeaky wheel usually gets greased. Brown’s dynasty stock is depressed at the moment, but bet on his production to fall more in line with his opportunity soon. Those in need of help at WR should take advantage and acquire him at value.

Albert Okwuegbunam was selected as the seventh tight end off the board in the 2020 NFL Draft and is looking like a steal for the Denver Broncos. At 6-6, 258-pounds, he ran a blazing 4.49 (99th-percentile) 40-yard dash at the 2020 Combine and has a 129.6 (99th-percentile) Speed Score. The uber athlete was productive in college with 98 receptions and 23 touchdowns in three years with the Missouri Tigers. He has a 31.2 percent (90th-percentile) College Dominator Rating and an elite 19.4 (91st-percentile) Breakout Age.

Seeing his first career start in Week 6, Albert O filled in for an injured Noah Fant and tied for the team lead with six targets. He converted them into two receptions for 45 yards. Although his opportunity has decreased with Fant back in the fold, he remains on the field, running 14 routes in Week 8 and catching his lone target for a TD. The landscape of the NFL changes fast. The fourth-round rookie is a high-upside TE stash and player to monitor in dynasty leagues.