Which Teams Will See the Biggest Passing Volume Increases in 2020? 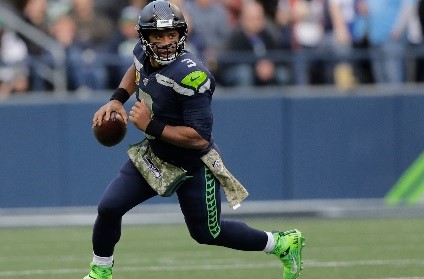 In 2019, the Steelers shifted their personality to that of a low-volume, balanced offense. They finished the season ranked No. 31 with only 937 plays run, passing only 510 times because they had Mason Rudolph and Devlin Hodges starting at quarterback. Through six quarters of play in 2019, Ben Roethlisberger had already attempted 62 (No. 51 among qualified quarterbacks) passes.

In 2018, Roethlisberger was given full play-calling autonomy at the line scrimmage. This led to a league-leading, and career-high, 675 (No. 1) passing attempts. Since 2012, the Steelers have attempted at least 574 passes and run 1,011 plays per season. This put them in the upper echelon of both plays per game and pass-to-run ratios. Roethlisberger also had some large home/road splits from 2014 through 2017, but those seem to have stabilized in 2018 and 2019. The Pittsburgh offense is a major buy low when Big Ben has his way and is allowed to call all the plays at the line of scrimmage again.

Ben Roethlisberger per 16-Game Averages since 2012

JuJu Smith-Schuster underwhelmed in his first season without Antonio Brown. Injuries were an issue, but with a 72.2-percent (No. 85) Catchable Target Rate, the bigger problem was the quarterback play. In Week 1 with Roethlisberger under center, Smith-Schuster caught six of eight targets for 78 yards. He also hurt his toe, which would limit his practice time and nag him throughout the season. His Best Comparable Player is DeAndre Hopkins who, like JuJu, experienced a down season when forced to catch passes from Tom Savage and Brock Osweiler in 2015. He’s in a contract year, providing plenty of incentive to show that he can be a true alpha receiver and that he should be paid like one. He’s currently being drafted as a WR2, while being one of the few that still possess top five upside.

Diontae Johnson had an impressive rookie season, recording putting up 59 (No. 34) catches for 680 (No. 43) yards and five (No. 37) touchdowns despite starting the season behind James Washington. At Toledo, Johnson had a great sophomore season and a down junior season. However, he was an ace on special teams which, per the Breakout Finder, is a good indicator for success at the NFL level. He had a respectable 1.96 (No. 44) Yards per Pass Route, putting him right under players like Calvin Ridley and Tyler Boyd. He most notably led the league with 2.39 yards of average Target Separation despite playing under 10-percent of his snaps in the slot. Johnson is currently a steal whose FFPC ADP puts him outside the top 100 players.

Washington has brought in many former Carolina coaches, including head Ron Rivera and new offensive coordinator Scott Turner. Rivera has a long history with the Turners. He served as Norv’s defensive coordinator from 2008-2010 in San Diego, and Norv was his offensive coordinator in Carolina the past two seasons. Rivera is a defensive mind and allows his OC’s to run their offense, so what offense will Scott run? Our biggest insight into him is through his father. In Norv’s 28 years as either a head coach or offensive coordinator, only twice have his teams run less than 960 plays. Washington ran only 835 last year. Over the last three seasons, Norv’s offenses have ranked No. 14, No. 12, and No. 2 in passing attempts. By sheer volume alone, this offense will help fantasy owners in 2020 more than it did in 2019.

While it’s obvious to use LaDainian Tomlinson as a three-down workhorse, feed Vikings-era Adrian Peterson, and never take Christian McCaffrey off the field, we’re not exactly sure how Scott will view the backfield he is given in Washington. The biggest beneficiary and prime late round target is wide receiver Terry McLaurin. Despite a 6.53 (No. 85) Target Accuracy mark, McLaurin was extremely efficient as a rookie. The team did not add any pass catchers of note to threaten his alpha status on the team after he already recorded a 23.0-percent (No. 22) Target Share last year. His 2.38 (No. 19) Yards per Pass Route ranked No. 3 among all rookie wide receivers. With all these factors working in his favor combined with his elite athletic profile, Scary Terry is among the best values at his current mid-sixth round ADP.

Pete Carroll has been Seattle’s head coach since 2010. In that time, they’ve been a slow paced, conservative team. However, over the last six years, they’ve increased their total play volume to average 64 plays per game, top 10 in the league. Despite being a top five quarterback, Russell Wilson has attempted over 500 passes only three times, with a career-high of 553 attempts in 2017. While there has been a run-heavy approach, Wilson walks into 2020 with a legitimate chance to return to his 2017 and 2018 volume where he attempted over 540 passes in both seasons.

The Seahawks enter this season with both of last year’s running backs coming off season ending injuries. Rashaad Penny tore his ACL in Week 14, is expected to start the season on the PUP list and may miss even more time. Chris Carson fractured his hip in Week 16 and is coming back from a surgery of his own. The team did sign Carlos Hyde and drafted DeeJay Dallas for insurance but this is not an ideal situation for a team that wants to establish the run. Especially considering the shortened offseason. 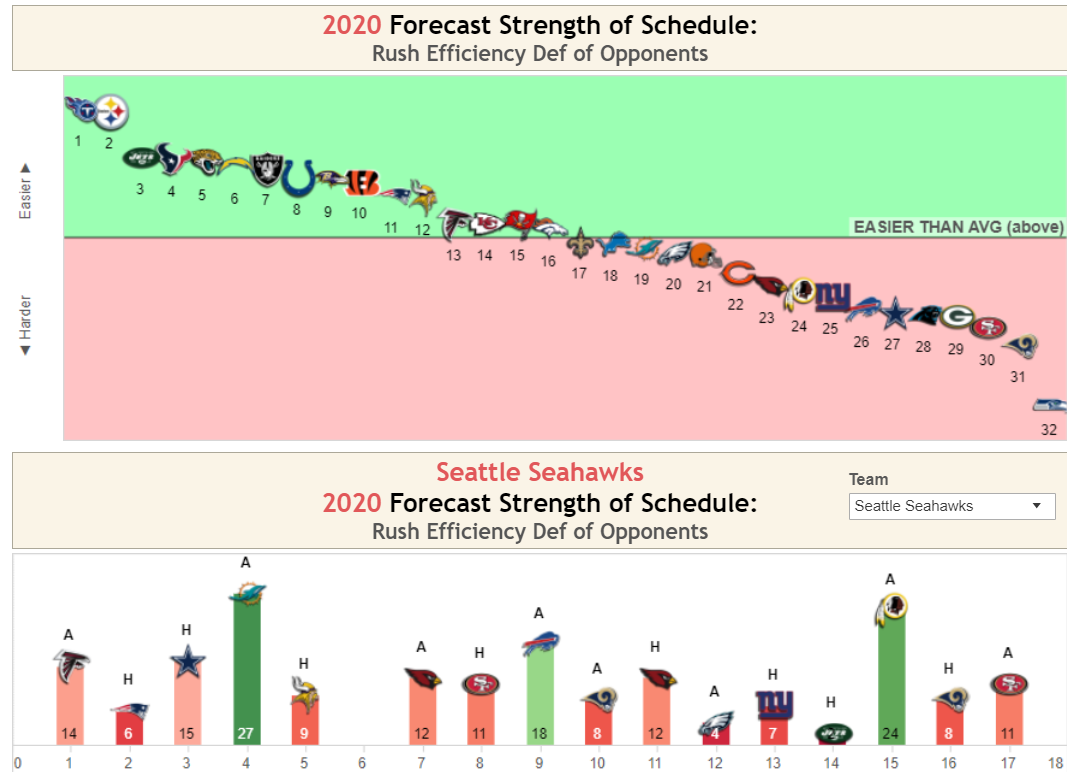 In addition to a skeptical running back group, there’s a confluence of events that project this year’s team being much more pass heavy than in past seasons. They face a murderer’s row of run defenses, the worst projected schedule in the league per Sharp Football. The schedule as a whole doesn’t do them any favors being in the NFC West with the 49ers, Rams, and much improved Cardinals. Outside the division, the Seahawks also have potential shootouts with the Falcond, Eagles, Giants, and Cowboys. In addition, per Football Outsiders’ DVOA rankings, their defense has slowly been regressing since 2014. Their rankings have dropped in each of the last five seasons, making Russell Wilson, Tyler Lockett, and D.K. Metcalf wise investments for fantasy teams.