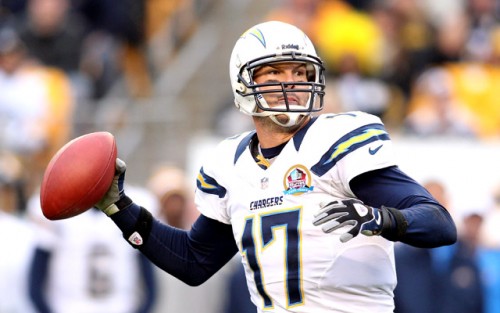 The RotoUnderworld Week 1 party is still going strong!  Our Zero RB strategy proved its mettle with such late round running backs like Theo Riddick, Spencer Ware, and Ameer Abdullah all posting top 10 running back weeks.  Those who chose Robust RB or Zero WR paid the price as early-round running backs like Todd Gurley, Devonta Freeman, Mark Ingram, and Adrian Peterson failed to justify their early round draft capital investments.

There were also some key injuries, like wide receiver Keenan Allen tearing his ACL.  Early round draft picks Rob Gronkowski, Sammy Watkins, Jamaal Charles, and Demaryius Thomas are still uncertain for this week.  Week 2 is a pivot point for all fantasy football enthusiasts, as they all ponder the question: Is what your eyes saw in Week 1 fact or fiction?

This column will answer that question.  We will not waste your time.  Recommending to start Andrew Luck, or sit a backup running back isn’t honest fantasy football journalism.  The “Starts” will be those players that have underperformed, but we project to do well in the upcoming matchup.  The “Sits” will be players who have been quality fantasy producers, but we think will underperform.  This column will provide contrarian plays from the typical canned fantasy advice.

Each week we will give you 20 Start/Sits for your fantasy lineups, followed by a full disclosure breakdown of the prior week.  The convictions are real, and we aren’t afraid to put the money where our mouth is.

Terrelle Pryor impressed throughout the preseason as a huge offensive weapon for Cleveland.  The former Ohio State Buckeye has made a smooth transition from quarterback to wide receiver, and had a nice debut in Week One at Philadelphia.  Pryor caught three passes for 68 yards, but most impressively he led the Browns in targets (seven).  With the injury to Robert Griffin III, the Browns will start 37 year old Josh McCown at quarterback in their home opener.  McCown was very productive his eight starts last season with over 2,100 passing yards, 12 touchdowns and only four interceptions.  Josh Gordon still sidelined with a suspension making Pryor the top target in the passing game.  Rookie Corey Coleman is still developing and tight end Gary Barnidge was held without a catch last week.  Pryor has a great WR3 floor this week, and could finish in the top 20 at the position.

Jonathan Stewart faced a difficult Week 1 matchup at Denver.  The defending Super Bowl champions boast a tough rushing defense that ranked third in rushing yards allowed per game (83.5). Despite the tough matchup, Stewart still finished with a respectable 4.3 yards per carry.  He showed the perfect blend of wiggle and power against a San Francisco run defense that ranked No. 29 last season in rushing yards allowed per game (126.3).

The 49ers are flying to the East Coast for a 1:00 EDT PM start off a short week.  The Panthers will be rested and angry from their Thursday night opening loss.  This game has all the makings of an NFL blowout (and perhaps a shootout), which give Stewart even more opportunities to pad his stats.  Look for a good bounce back performance from Jonathan Stewart against San Francisco.

The tight end position in fantasy was non-existent in Week One, and no one was worse than Coby Fleener.  Despite playing in a 35-34 game with the pass-happy Saints, Fleener managed a paltry one catch for six yards.  This week New Orleans travels to the Meadowlands to face a Giants team that just struggled covering 33 year old Jason Witten with a rookie quarterback.  Witten’s 9 catches for 66 yards on an insane 14 targets is proof that Fleener will prove Week One was just a mirage.  No doubt the Giants defense will turn their attention to wide receivers Brandin Cooks and Willie Snead (combined 315 yards and three touchdowns), leaving Fleener free to roam the middle of the field.  Las Vegas also believes that this game will be the highest scoring contest of the week by a wide margin evidenced by a 53.5 early week over/under.  Fantasy owners should ignore last week’s underwhelming output and start Fleener with confidence.

Philip Rivers suffered through a tough Week One matchup in Kansas City.  He produced an efficient and mistake free line: 69.4 percent completion percentage, 243 yards, one touchdown.  Many will downgrade Rivers now that star wide receiver Keenan Allen is out for the year with a torn ACL.  However, there should be total confidence in offensive coordinator Ken Whisenhunt’s ability to recover.

Philip Rivers is the perfect contrarian play in week 2.  San Diego returns home and faces a Jacksonville team that ranked 29th in passing yards allowed last season (268.2).  Rivers still has a myriad of weapons in Melvin Gordon, Danny Woodhead, Antonio Gates, Travis Benjamin, Dontrelle Inman and speedster Tyrell Williams.  The Jaguars stout run defense will limited the ground yards and dare Rivers to beat them through the air, which he will.  Expect over 300 yards, multiple touchdowns, and a top 12 finish for the Bolts’ star quarterback.

Rashad Jennings posted a relatively quiet Week 1 (seven fantasy points), but had 75 percent of the team rushing carries (18).  He has clearly established himself as the top running back in New York, and that is a great thing with New Orleans coming to town.  The Saints were eviscerated at home by Oakland’s run game for 167 yards and three touchdowns.  In 2015, the Saints ranked No. 31 in rushing yards allowed per game (129.8) and showed no signs of improvement in Week One.  Just as with Fleener, the high scoring 53.5 point over/under line provides even more support for a good game for Jennings. He will comfortably be inside the top 24 running backs for Week Two.  Jennings is a must start in week 2.

Carlos Hyde had a great game in a 28-0 win over the Rams in Week One.  Hyde posted 93 total yards and two touchdowns on route to a fifth best 20 point output at the running back position.  In theory, he should do well against a Carolina run defense that was gashed by C.J. Anderson for 139 total yards and two touchdowns.  But all good fantasy analysts dive deeper, and that’s what you need to do with Hyde.  He only averaged 3.8 yards per carry in Week One, and Shaun Draughn played a big role in the passing game.  In a game that San Francisco should be trailing, and trailing quickly, Hyde’s production will be limited.  Could he be top 24? Maybe, but that would be his floor.  Don’t be afraid to put the top five Week One running back on the bench against Carolina.

This one will certainly raise a few eyebrows.  Jameis Winston looked superb on the road against a good Atlanta pass defense, throwing for 281 yards with four touchdowns and just one interception.  How on earth could he not be a top 12 quarterback play against a team that just lost to Jimmy Garoppolo?  The answer lies in game script.  The Cardinals will be faced with the prospect of an 0-2 start at home, and will bring Winston’s 71-percent completion percentage back to the norm.  Last season, Winston was last among all quarterbacks with a 58.3 completion percentage.  Likely under duress for most of this game, Winston’s accuracy will be affected.  The Buccaneers second year quarterback should have a great season, but he will be outside the top 12 this week in a hostile road game in Arizona.

DeMarco Murray finished as the seventh best running back in fantasy football in Week One.  Murray had 77 total yards and two touchdowns.  However, upon closer inspection, Murray’s production was very atypical from his usual results. He only averaged 3.2 yards per carry, and surprisingly caught five passes.  Murray will be hard pressed to repeat those receiving numbers, and will face a Detroit run defense that limited Frank Gore to 14 rushing yards at home last week.  Derrick Henry‘s presence is always looming, and wide receiver Rishard Matthews should have a bigger role on Sunday.  The receiving production was fluky, and in a tough road game it would be surprising to see him rush for more than 50 yards.  If Murray gives RB2 numbers, that would be considered extremely fortunate.

The third running back in our Sit group is Chiefs running back Spencer Ware.  He was a Week One monster with 70 rushing yards, 129 receiving yards, and 25 fantasy point (tied for 2nd overall).  The underlying issue is that both Ware and fellow running back Charcandrick West played the same amount of snaps (34).

Ware and West will both face a Houston Texans defense that allowed the third fewest yards per game last season (310.2).  Last week against Chicago, the Texans allowed 61 rushing yards on 18 attempts or 3.38 yards per carry.  The Chiefs were fortunate to come back against San Diego, and need to control the game in Houston this week.  Both Ware and West will split carries again, and that is a recipe for Ware to be outside the top 15 running backs this week.

Matt Ryan had a strong fantasy Week 1 with 334 passing yards, two touchdowns and no interceptions.  While Ryan looked good, the Falcons offensive line did not.  Atlanta gave up three sacks at home and will no doubt face more pressure on the road in Oakland’s home opener.  Fresh off their shocking win in New Orleans, the Raiders should use a strong defense to cause Atlanta’s offense much trouble.  Last time Ryan faced the Raiders he threw for 249 yards, one touchdown, and three interceptions.  The attempts will be there in a game the Falcons will struggle to win, but the turnovers will push Ryan outside the top 12 for Week 2.