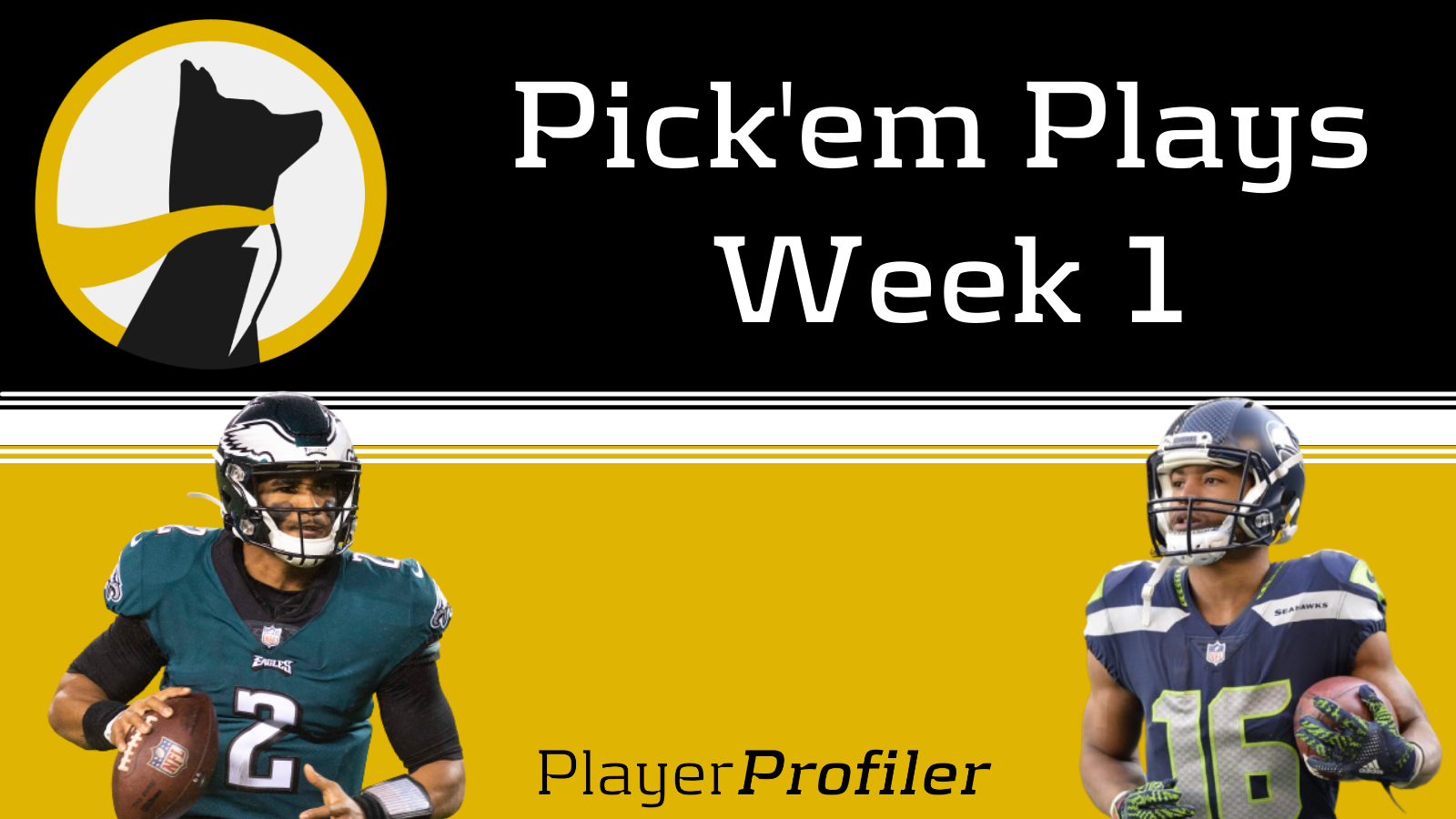 In this weekly series, I’ll outline my five favorite picks for the Sunday slate and provide a sample slip. As always, mix up the combinations of picks and sacrifice a lamb or two. 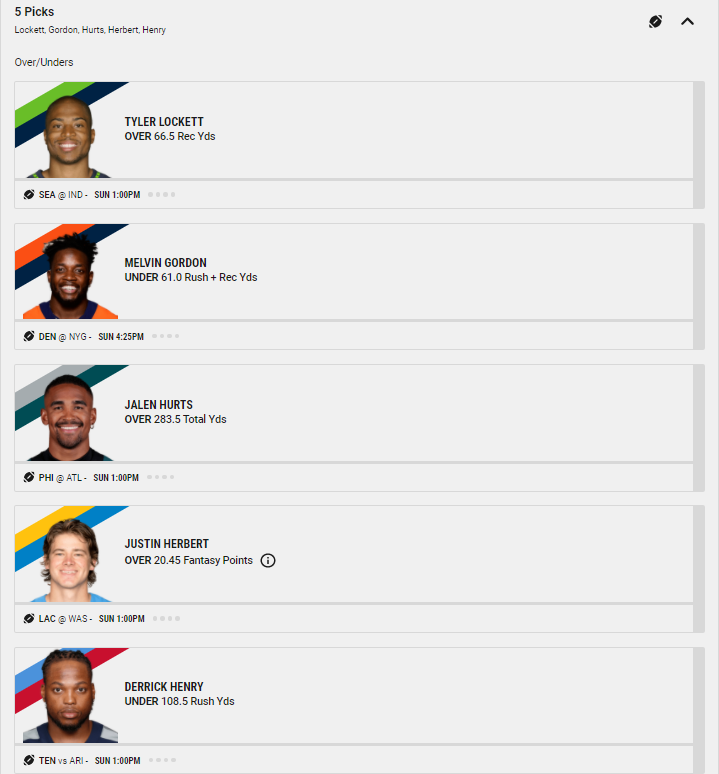 This is my highest confidence play of the slate because it has all of the ingredients for the Over to hit. Jalen Hurts averaged 361 total yards per game in the three full games he played last year. He will move the the ball with ease against one of the worst defenses in the league. Add in a points total of 49.0 and this game has the perfect recipe an offensive showdown.

I typically like the Under when the points total is low and this game has one of the lowest totals at 41.5. Denver had difficulty keeping up with teams in 2020, marked by a -5.13 Game Script score, so rushing opportunity will be throttled. Last but not least, Denver has an ambiguous backfield with the addition of Javonte Williams. Melvin Gordon‘s overall opportunity share is in for a hit because Williams has the three-down skill set that Phillip Lindsay does not possess. Additionally, Vic Fangio has stated that the Broncos trust Williams in any situation. Lock in the Under for Gordon because everything is coming together to dampen his production.

Russell Wilson will cook and Tyler Lockett will eat. Lockett had 492 (54.4-percent rate) Slot Snaps in 2020, therefore it should be easy for him to find room to operate against the zone heavy defense employed by the Colts. Additionally, Xavier Rhodes will miss this matchup, making the case for Lockett even stronger. Plus, this game has a high points total at 49.0, so I love the opportunity Lockett has to smash the Over.

This fantasy points line is influenced by Washington’s scary front seven, but I’m not scared. Justin Herbert was excellent against pressure in 2020 with a 46.78-percent (top-10 amongst qualified QBs) Pressured Completion Percentage. My confidence level is also bolstered by the fact that he has had a high number of carries when the Chargers get close to the end zone. He had 13 Carries Inside the 10 (top-6 amongst qualified QBs) and 8 Carries Inside the 5 (Top-6 amongst qualified QBs). Altogether, his ability to complete passes under pressure and carry the ball near the end zone gives me confidence that Herbert will overcome this line.

Will Justin Herbert avoid a sophomore slump in 2021?⚡️ pic.twitter.com/T1Twypzjwx

It usually doesn’t feel right to take the under on a Derrick Henry rushing prop, but a couple of factors give me confidence in fading him this week. First, this game has the third highest points total at 54.0, so Henry may not have the volume to run the ball in a shootout environment. Second, the Titans have one of the worst defenses in the league, which will further incentivize the Titans to throw the ball to stay competitive. This week is not the time to bet on Henry going over 100 yards.