The Dark Horse RB1: My Trip to Other Worlds Post Week 1 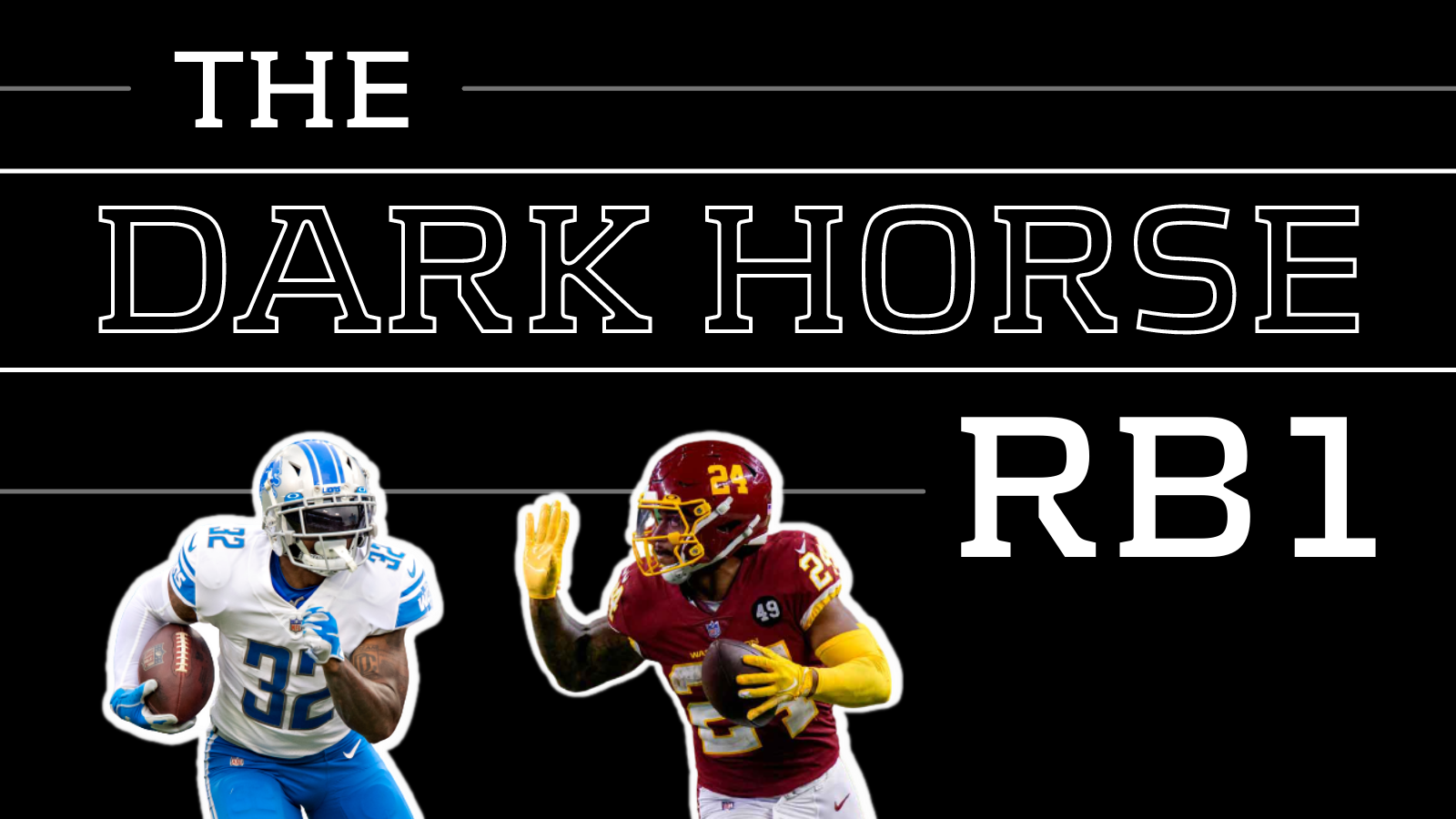 Your most beloved (and now official) analyst is back. After some time away from the game preparing myself for the storm that is NFL Week 1, I’m finally back and ready to be your fantasy football gospel. With my first non-junior writer piece, I will tell you who has the chance to be the RB1 in the 2021 season.

Now in reality, the RB1 will be Christian McCaffrey barring any injury because he is not a human being. What he does on the field and on our computers in fantasy point value is not fair. But here at PlayerProfiler, we shoot for upside. We want to win our leagues. In my time away, I visited parallel fantasy football universes, and without further ado, these are some running backs that finished as the RB1 in those worlds.

Antonio Gibson is my personal favorite dark horse to surpass Christian McCaffrey as THE top running back in fantasy football this year. College wide receiver turned running back, he draws obvious comparisons to David Johnson due to that alone. Watch this guy play: strong runner, makes guys miss, good hands; it’s not only because of the NFL transition to running back. The biggest concern this offseason about Gibson was him seeing the field on third-down. J.D. McKissic dominated this role in Washington last year and put up impressive receiving numbers. But let me ask you something. Would prime David Johnson come off of the field for J.D. McKissic? The answer is no.

The offseason reports of the Football Team running their offense through Gibson seemed to be true. In Week 1, he saw an 83.3-percent Opportunity Share, which is a bell-cow workload. If Gibson is able to cut down on his fumbles, his defense will give him good field position and Game Scripts, with a backup quarterback in Taylor Heinicke who will feed him check downs. He will have a real shot at the RB1 title.

Well, well, well… we told you so (Week 1 D’Andre Swift victory lap)! Looks like the groin is in good shape too. In all seriousness, Swift blew us away with his involvement in the passing game. Jamaal Williams took probably a little bit more of what we’d like of his opportunity, but it didn’t matter. We know the Lions will have bad Game Scripts, which equals less rushing opportunities. Swift laughs at rushing opportunity because he will gladly feast on more receiving opportunity.

With the lack of receivers on the Lions roster, they will continue to lean on Swift in this regard. He ran routes on 63-percent of passing plays and saw 11 targets in Week 1. If this pattern continues all season long, we are looking at a PPR superstar and dark horse RB1.

David Montgomery is a house. The eternal question that remains for Montgomery is this: Was the end of 2020 a fluke or is this who he is now? Week 1 pointed us towards the latter. Despite missing some snaps, he looked legit. Like really legit. He refused to go down on first contact and looked like he would not accept a run for loss. Let me remind you, he was playing a star studded run defense in Los Angeles, captained by Aaron Donald. Damien Williams was active in the passing game, but did not take away much on the ground.

Once Justin Fields takes over this offense, which he will, the sky is the limit. If Montgomery can play like he did in Week 1, behind a surging rookie Fields and a dynamic offense, his keys to consistency could see him as the RB1 in 2021.

This one is for me and for my hope on one of my preseason breakouts. Was Week 1 a smashing success for Myles Gaskin? No. I did draw positives away from this game however. Number one, Gaskin was used in all facets of the game in Week 1, drawing five targets (catching all five). This is what he’s projected to do in a backfield in which he is by far the most talented (please do not talk to me about Malcolm Brown). Number two, the New England Patriots defense is legit and will be scaring fantasy managers away from playing their guys when they come to town. Number three, Tua Tagovailoa  stole Gaskin’s touchdown from the three-yard line.

Myles Gaskin is the next James Robinson in Fantasy Football ⚡ pic.twitter.com/LMI9cmwepj

I fully expect the Miami Dolphins to be a competitive team this season which will leave some more room for rushing opportunity for the entire team, aka Gaskin. What I do not expect is the quarterback two years removed from a disastrous hip injury to be stealing goal-line touches or much rushing opportunity at all for that matter. Gaskin will have better days ahead and will prove himself as a potential two way star.