What advantages do season long bets have? Let’s use a linear regression model to find out. My last article I wrote regarding win totals. Today, I will give everyone great insight into my model’s best values for picking future bets such as “Division Winners” and “To Make Playoffs.”

Short for expected wins. I used offensive and defensive passing and rushing statistics to plan how many wins a team should expect, given the statistics noted. The model has a r2 of 0.78, meaning, seventy-eight percent of the time we find the xWin total through the inputted statistics. Anything over 0.5 is strong.

What does “find edges” mean? This means we use the implied probabilities that are built into the lines Vegas places. Next step is to build a model that also gives us this information and find gaps we can exploit to gain profit. The only catch is crossing your fingers that what you assembled is valuable.

Most of the public spend their money on sports in the wrong way. The most important skill to profit while investing in sports is to manage your bankroll. This is “the amount of money you have to spend on investing.” The typical suggestion is using three percent as one unit. A unit is how much you’re willing to place, a unit can range from ten cents up to one thousand dollars. If you have one thousand dollars to spend on investing, a typical bet will come in at thirty dollars. This way, if you end up on a streak of bad luck, you won’t ever run out of money.

Before I elaborate on what my model values going into the season, I will give a word of caution. Picking season-long Yes/No bets have a lot of risk. An incredible amount of variables happen throughout the season that will affect the outcome. I would only suggest using a minimal amount of your starting bankroll.

Miami increased their offensive weaponry through the off season and should see some positive regression. Whether Tua Tagovailoa is the answer is a massive debate throughout the online community. The Patriots have made nothing but questionable roster moves throughout the off season, and the Jets, well, they’re the Jets. My model has Miami winning 10 games this year with New England behind them at 9.5. The Jets rank in last place at 6.8 wins. The model has Miami winning the division 26-percent of the time. It has them making the playoffs 53% of the time (implied odds of -114). Making the Caesars Sports book line of +140 a value.

The Denver Broncos come into the season in a tough spot. They have improved with the addition of Russell Wilson. However, in a very hard division. The Broncos had an expected PA (points allowed) of 19.54 (-0.64 vs actual) which came second only behind the Buffalo Bills. An expected PF (points scored) of 20.11 (+0.41) for the Broncos in 2021 shows that they were a quarterback away from an incredible season. Their xWin total came in at 8.72 wins or +1.72 expected wins above the 7-10 team. Look for the Broncos to swipe up a wild card position at the very least, despite the very challenging AFC.

Let’s be honest with ourselves for a moment before diving into statistics. The Titans were not as good of a team as their record showed. The new Matt Ryan led Colts are in a much better place to succeed. Before we make a case for the Colts to win the division, let’s quickly show why the Titans won’t win the division. The Titans came in at a xWin total of 10.09 wins in 2021 was -1.91 wins compared to the 12 win team they were. 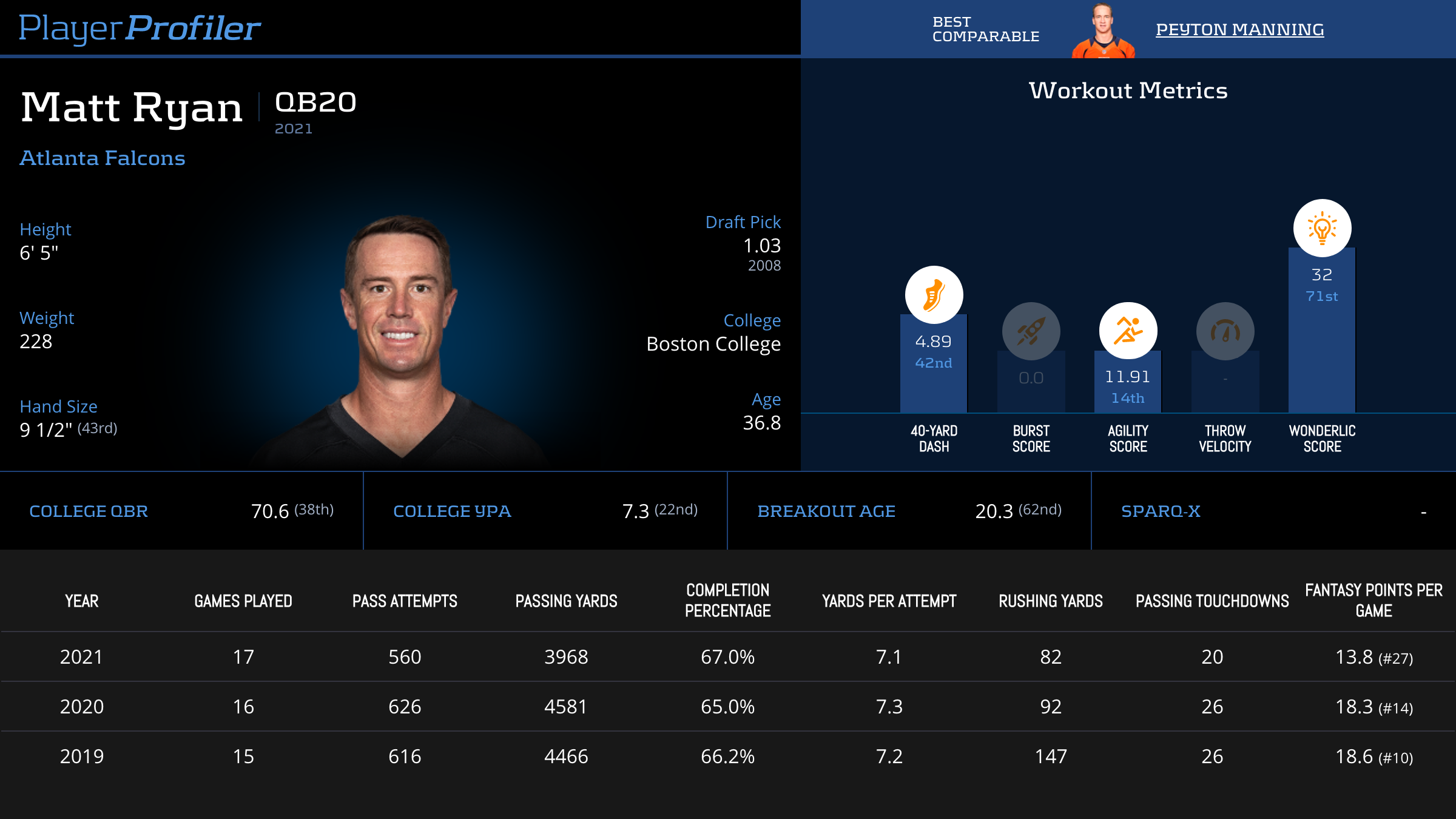 Caesar’s has the Titans winning 9.5 wins with the juice on the under. As you know, no team can win half of a game, this means that Caesar’s slightly leans on the under 9.5. What this means, in theory, is that Vegas expects the Titans to win 23-percent games in 2022. If that’s any tell of the 2022 Titans, that means they should be 23-percent worse than the xWin total of 10.09, making a potential seven to eight win team.

Now, onto the Colts. Indianapolis had an xWin total of 10.28 in 2021 despite a nine win season, combine that with the Vegas total slightly tipping to over 9.5. We have the Colts coming away with this division by 2-3 wins, and with almost plus money on this line, we consider this a value.

This, personally, is one of my favorites this season. The Jalen Hurts led Eagles march their way into the season on somewhat of a high note. They added, most notably, A.J. Brown, all while upgrading at key positions in the draft. Last year, the Eagles outperformed in the xWin column with an xWin total of +0.51 above the nine actual wins. This season, the model projects a win total of 10.2 which should be good enough to win the division as it is slightly above the projected 10.0 win Cowboys. The model expects the Eagles to make the playoffs 74.25-percent of the time. The odds Caesars Sports book gives are implying a 60-percent chance. This creates an incredible +14.25-percent edge. Race to this bet as soon as possible before the public lands on this same opinion.

In a similar spot to the Titans in the AFC, the saints come into the season in a spot that isn’t ideal. We see them in a division that is dominated by the Tom Brady led offense, the Baker Mayfield led Panthers, and a team they could split wins with the Falcons. The model has New Orleans winning 6.5 times this season. This would be good for No. 10 in the conference place in a top heavy NFC. Questions surround this team that include coaching concerns. Also, is Jameis Winston the right guy to be leading this offense? Look for the defense to continue to be a sound top tier defense that won’t be able to make up for the lackluster offense which will be without Alvin Kamara for a third of the season.

This next play I am a big fan of. Arizona is a shell of its old self. They are in a division with the Rams and 49ers. In addition to playing in a tough NFC West, the Cardinals also have the hardest strength of schedule this season. The Cardinals are a huge fade which I indicated by my last article. The team is coming off of a season where they won more games than they should have which means there will be some regression in the coming season. My model only has Arizona making the playoffs 40.78-percent of the time. Compare that with Caesar’s implied probability of 54.55-percent.