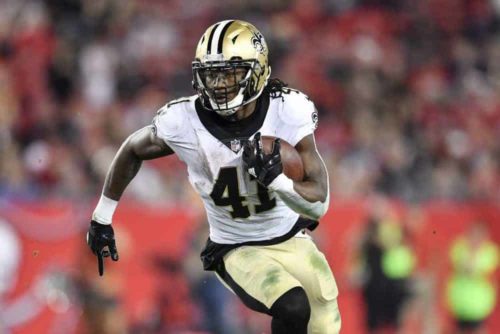 Best Ball leagues are yet another addition to the fantasy football landscape, their popularity only growing. The format has been available on platforms such as DraftKings, but a site primarily dedicated to Best Ball was needed. Introducing, Underdog; a new home for all your Best Ball needs. If 2020 brings out anything worth a damn, this just might be it. Time to dive in!

What is Best Ball?

To begin, there needs an explanation of exactly what the Best Ball format is. In a nutshell, these leagues are similar to the run-of-the-mill redraft leagues. However, there is one exception; no “management” of the team is done throughout the year. Once a team is drafted, the work is over. No setting lineups, no waiver wires, no trades. The lineup is optimized to account for the highest scoring players.

While this does take some of the fun out of fantasy, it provides certain challenges. Drafting for an entire season without having the benefit of the “transaction” changes a draft entirely. Besides, who doesn’t like the idea of enjoying a draft and simply letting the chips fall where they may? In Best Ball, however, one can easily lose the season with a bad draft. A strategy must be honed.

In a Best Ball draft, accumulating depth is key in order to account for injuries, suspensions, bye weeks and more. The wide receiver position is the most volatile, in terms of scoring, due to the number of big plays it produces. For this reason, depth at receiver is crucial and should comprise nearly half the roster. Here is a breakdown of roster construction for Best Ball using the Underdog format (Half PPR, 12 teams, 18 roster spots);

Draft 2-3: The quarterback position, while important, doesn’t require as much depth. Two to three will put most teams in a solid spot. If aiming for a top-tier quarterback, the idea is to then wait until late in the draft to grab another. Owning both Lamar Jackson and Russell Wilson is counter-intuitive, and a waste.

If the strategy is to wait on a quarterback, then drafting a total of three is ideal. Without one of the top signal callers, a team needs multiple options for a greater chance at success. Whichever approach is taken, no more than three is needed; save those spots for the wide receivers and running backs.

Draft 4-6: In Best Ball, don’t get too cute; draft running back early. In the first few rounds, getting a couple of dependable starters is the smartest move. The position will get attacked in the early rounds, and often. Best Ball isn’t the place to rely heavily on late-round backs.

in @UnderdogFantasy $3 bestball leagues, been either locking in two of qb6-10 or drafting three extremely late.

The position should be the second-most rostered on any given team. After acquiring two or three starters, it’s ideal to then aim for upside. Damien Harris and Joshua Kelley are players to target later in the draft that could pay dividends during the season. In addition, avoid drafting “handcuffs.” Once again, this is counter-intuitive and a waste.

Draft 8-10: Under this format, the wide receiver position is as important as it gets. Due to the wider range of weekly outcomes for receivers, depth is crucial to having success. Each team should leave a draft with no less than eight to have a chance at winning. The more options available, the greater the chances of success.

Similar to running back, acquiring dependable starters before targeting high-upside players is sound strategy. One thing to keep in mind, is that “big play” receivers do not provide an edge. The deep threat receiver is often viewed in that “big play” lens, but they are just as volatile as others.

Draft 2-3: The tight end position can be viewed in the same way as quarterback. Three is the most a team will want to roster, and the same guidelines for targeting top-tier quarterbacks applies to tight end. Ideally, target a top-10 player and come back around to the position later in the draft. Those middle rounds are best used gobbling up wide receivers and running backs.

Now, the fun part. After a handful of $3 drafts to get the feet wet, it is time to enter the grand daddy of them all, Best Ball Mania. The big, $25 entry tournament with $1 million in prizes and a $200,000 prize to the top overall finisher. With the draft order randomized, it’s revealed that 1.04 will be the team’s draft slot. At this position, running back is the obvious first target and one the “elites” will be available to nab. Let’s see how the draft plays out.

1.04) Alvin Kamara is the selection. Michael Thomas and Travis Kelce were the only non-running backs to go in the first round.

2.09) Jonathan Taylor is the pick here. No issue with him as the RB2. Wide receiver was hit heavy in this round. 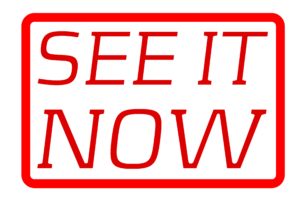 Additionally, Patrick Mahomes, Lamar Jackson and George Kittle went off the board.

3.04) The wide receiver run continues through the the round. D.J. Moore was available at the fourth pick; welcome aboard.

A glimpse at Moore’s profile reveals elite workout metrics, a 53.3-percent (97th-percentile among qualified wide receivers) College Dominator Rating and an 18.4 (98th-percentile) Breakout Age. He has the hallmarks of a true No. 1 receiver, on a team that will ask him to be just that. No more questioning Moore.

4.09) Remaining patient with tight end, but beginning to peek at quarterback. Wideouts continue to get gobbled up, so it’s time for a pivot. Hello, Cam Akers. The Rams rookie has an opportunity to separate himself from the rest of the group, and he will.

5.04) All positions are being targeted in this round. Though wide receiver has been hit the hardest, plenty of excellent options remain. With running back set for the moment and tight end looking better down the road, Dak Prescott is the choice.

6.09) The running back position is now getting hit the hardest, with a short mid-round quarterback run for fun. The original target for this round, Keenan Allen, was taken at the 7.11. Looking at the board, Evan Engram is the proper selection. Tight end can now be ignored for the time being.

7.04) Now is the time to attack wide receiver while league mates target the other positions. First up, Jarvis Landry.

9.04) Sterling Shepard is the pick in round nine. Despite having Evan Engram on the team, the appeal of Shepard’s boom weeks was too much to pass up. The No. 1 wideout on the Giants will have a few of those, no doubt.

10.09) Running back now being hit heavily, and the tight end selections are picking up. Not a bad idea to snatch another back. Let’s go, Damien Harris. Before injuring his hand, Harris was the talk of the backfield in New England. While it seems the opportunity was missed, it was simply delayed.

11.04) While league mates continue to target running back, the fourth pick in round eleven is Cam Newton (Buffalo Bills beware). The quarterback position is set.

12.09) Back to hitting wide receivers while tight ends are being snatched up. Taking Bryan Edwards here. With Tyrell Williams on I.R., Edwards is set up for a big rookie season.

14.09) Quarterback and tight end are being hit heavy in this round. No need for QB, but Irv Smith feels mighty nice at this spot. He might even end up second in receptions for the Vikings, behind Adam Thielen.

15.04) Jerick McKinnon is the target to round out the running back group. And look at that, he’s available. Cha-Ching! Finally healthy, McKinnon is ready to make his mark and the boom weeks are coming.

16.09) Another wide receiver attack! However, Gerald Everett is just sitting there waiting to be drafted. Maybe he gets trade as rumors suggest, maybe he doesn’t. Big weeks are coming for Everett either way.

17.04) As quarterbacks fly off of the board, the hunt for wide receiver depth, and upside, continues. The Jets rookie, Denzel Mims, fits the bill at this pick. While currently dealing with a hamstring issue, which is never a great sign, the potential remains should he get healthy enough to remain on the field.. 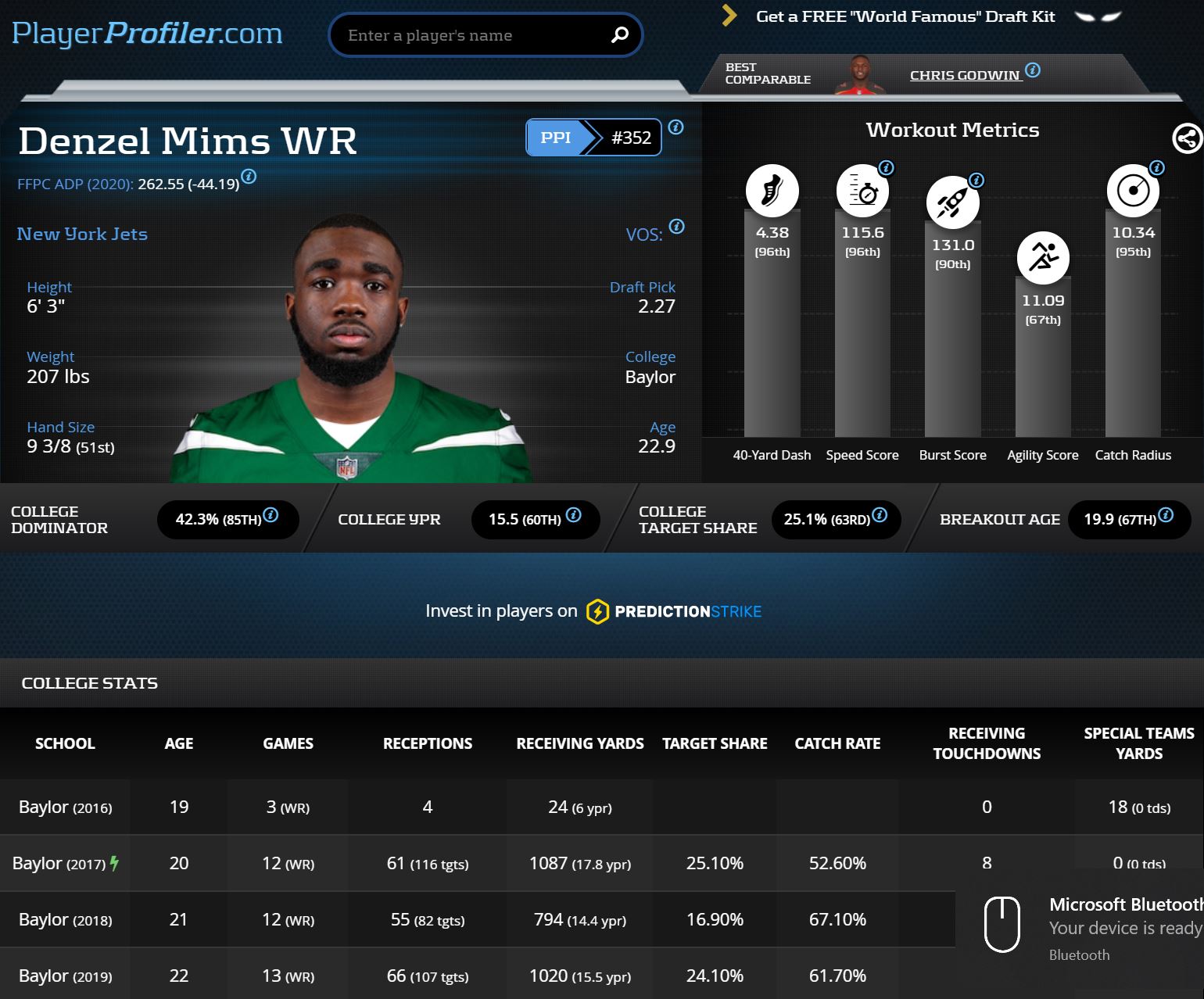 18.09) For the final pick, more receiver depth with upside in the form of John Hightower, the rookie in Philadelphia; where there is a need for playmakers at wide receiver. Don’t sleep on this man.

After the draft, the complete roster looks as follows;

Overall, the team has a solid balance of proven production and high-upside. Players the likes of Prescott, Kamara and Moore are proven commodities that will steady the team throughput the season. Meanwhile, the high-upside acquisitions will be the difference makers and season breakers.

The Underdog site itself was great to use. The layout is enjoyable and it’s user-friendly. Audio during the draft would be helpful, but the only complaint. Best Ball Leagues need to be experienced by all fantasy gamers, and Underdog is a great way to experience them. Oh, and the “I have too many leagues” excuse doesn’t work when no management is required. Go join a Best Ball league now.