It’s my dynasty rookie draft and here I am deciding between three options:

Now if you’ll excuse me for a moment, as a former Coleman rookie drafter, I need to get back to 2021 and figure out if an early Ja’Marr Chase dynasty pick will or will not end up looking like Coleman 2.0. I’ll look for clues in their advanced stats and metrics, college performances and a review of Coleman’s checkered NFL history.

Corey Coleman broke out at Baylor in 2015, racking up seven consecutive games with multiple receiving touchdowns. After eight games, he was averaging 7.25 catches, 147 yards and 2.5 touchdowns. At this point with their spread offense, and aided by an extremely favorable early schedule, the Bears were undefeated and putting up 57 points per game. This is not to take anything away from Coleman though, because he put up those numbers, far exceeding teammates K.D. Cannon and the rest of the Baylor WR corps.

In Week 9 against Oklahoma, just as their schedule stiffened, Coleman suffered a sports hernia. He played through the injury but, being hurt, having lost his starting quarterback in Week 7 and now facing a much tougher schedule, he slowed considerably the rest of the way – averaging 4 catches for 46 yards and 0 TDs per game. Despite that finish, Coleman ended the season as a consensus All-American and the Biletnikoff Award winner as the nation’s most outstanding college receiver with 74 catches on 121 targets for 1,363 yards and 20 TDs.

Interestingly and on a side note, while the list of Biletnikoff winners has included such Hall of Famers as Randy Moss, Larry Fitzgerald and Calvin Johnson, it has also given us guys like Coleman, Marqise Lee and Dede Westbrook. Coleman shared the 2015 consensus All-American WR honors with Josh Doctson.

Ja’Marr Chase piled up his 20 TDs mostly against SEC defenses, against the likes of Noah Igbinoghene, Trevon Diggs, Xavier McKinney and A.J. Terrell. He saved his biggest games for the biggest stages, averaging 5.4 catches, 118 yards and 1.2 touchdowns against Florida, Alabama, Georgia, Oklahoma and Clemson, and putting up 9/221/2 in the NCAA title game.

Chase ended 2019 as an All-American Biletnikoff-award winner with 84 catches on 111 targets for 1,780 yards and 20 TDs. In one of the strongest, deepest WR classes in years, Chase was chosen as the best. He shared consensus All-American honors with CeeDee Lamb, while Justin Jefferson, Jerry Jeudy and Tee Higgins didn’t make the All America team that year.

Their College Game and the Draft

Corey Coleman lined up as Baylor’s X receiver almost solely on the left side. He ran four routes almost exclusively – screen, hitch, slant and go. On average, only one target to Coleman per game was any other type. He had a reputation for drops, reflected in his 61.2-percent Catch Rate in his final season.

Ja’Marr Chase often lined up as LSU’s X, but did so on both sides of the field. He also occasionally lined up in the slot. Unlike Coleman, Chase’s hands are a strength – he caught over 76-percent of his targets in his college career.

Chase wins with both athleticism and strength. His metrics were similar to Coleman’s – only with more speed. He boasts a 106.8 (86th-percentile) Speed Score, 135.7 (97th-percentile) Burst Score, 10.95 (82nd-percentile) Agility Score and 10.31 (94th-percentile) Catch Radius. His 33.4-percent (62nd-percentile) College Dominator Rating was solid – if not quite as good as Coleman’s – but what can we expect for a guy sharing targets with Justin Jefferson, Clyde Edwards-Helaire and Terrace Marshall? He is lauded for his toughness breaking off the line and at the catch point.

Corey Coleman worked through some injuries at Baylor. He missed the first three games of 2014 with a pulled hamstring. A sports hernia injury in 2015 slowed him in four games, caused him to miss another and undergo surgery in the offseason prior to the draft.

Ja’Marr Chase, despite suffering a partial PCL tear and bone bruises as a high school senior (for which he elected to not undergo surgery), did not suffer significant injuries in his two years at LSU.

Corey Coleman was Cleveland Browns GM Sashi Brown’s first-ever draft choice in 2016. The Brownies, coming off a 3-13 finish, had just finished No. 30 in points scored and No. 29 in points allowed. It was their eighth consecutive losing season and they’d finished last in the AFC North five years in a row, and in 11 of the prior 13 years. All of this was before they’d go on to win one game combined over 2016 and 2017.

In 2015, before selecting Coleman, Cleveland’s only passer with a top 35 Passer Rating was 36-year old Josh McCown. He threw 12 TDs passes in eight games. And I won’t mention Johnny Manziel (editors note: too late). So, in 2016, this really, really bad team used their first-round draft pick on … a wide receiver. Yes, he was the Biletnikoff-winning, All-American but… he was a receiver. Oh, Cleveland did draft a QB – at the end of the third round, that being Cody Kessler, a slow, average arm-strength QB whose Best Comparable Player is Thaddeus Lewis. And, truth be told, they also tried to address the problem by signing Robert Griffin, but he couldn’t stay healthy. And they named Hue Jackson the head coach, so let’s just say Coleman had his work cut out for him.

As a rookie, Coleman actually started out promising. In just his second game, he put up five catches for 69 yards. In his third, he led the team with five catches on 8 targets for 104 yards and two scores in a close loss to Baltimore. So far, so good. But then, during the next week of practice, he broke his hand, making his first IR visit and missing six weeks. He has never had another 100-yard game in his career When he returned in November, he was not the same guy. Despite twice again receiving double-digit targets, he failed to exceed 41 receiving yards in any game the rest of the way. The team went on to a 1-15 finish. 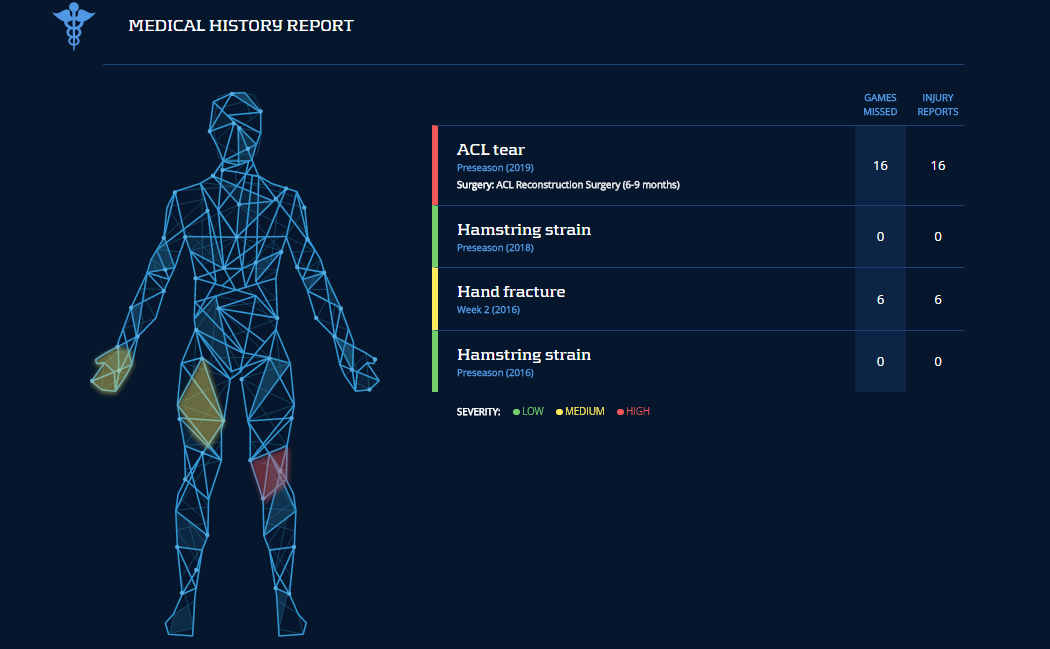 In the second regular season game of 2017, Coleman broke the same hand again, knocking him out until November. He managed to play nine games in 2017, catching 40.4-percent of the 57 balls thrown to him – this time by DeShone Kizer and Kevin Hogan. In those nine games, he actually finished second on the team in WR targets – behind only Ricardo Louis, he of the slightly better 44.3-percent Catch Rate. Coleman even led the team in WR TDs on the season with two. The Browns lost all 16 games. To top it off, in their last game, Coleman dropped a pass at the Steelers 10-yard line that could have gotten them off the schneid and earned them at least one win. Alas, they ended 0-16. He was despondent.

In 2018, as if it were possible, things went from bad to worse. After two seasons plagued by broken hands and hamstring issues, Coleman got on the bad side of Browns OC Todd Haley. In August, Cleveland sent him shuffling off to Buffalo, only to have the Bills cut him a month later. New England took a shot on him but cut him within a week.

With tears and joy @Fantasy_Mansion discusses Corey Coleman’s trade to Buffalo and the fantasy football fallout for receivers on both teams: https://t.co/ZPlMNx86nV#BackstagePass pic.twitter.com/bA10BGRfHF

The Giants were next to take a flyer in 2018.  They re-signed him in April 2019 but then he tore his ACL and missed the entire season. They finally released him in November 2020. He caught all of five passes for the Giants across those three seasons. Now a free agent, he’s suspended for the first six games of 2021 for substance abuse violations. He was an exciting college player with high NFL hopes. If he can ever get another chance and regain any of his original skills, I’ll be happy for him.

Where Does This Leave Us With Chase?

Corey Coleman and Ja’Marr Chase are the only two wide receivers in the PlayerProfiler database with a Best Comparable Player of Odell Beckham. Although they have similar comps, Chase has better hands, wins in more ways and has excelled on the biggest stage against top NFL draft picks. Both were selected as the best receiver in their class. Chase’s 2019 was just much better. There’s no reason to expect he will follow Coleman’s injury track. And there’s no way to possibly imagine he could end up any place remotely like the 2016 Cleveland Browns. Even 2021 Detroit would have redeeming qualities that those Brownies didn’t offer. If your dynasty roster calls for a WR stud, follow Player Profiler Dynasty Deluxe and Breakout Finder app recommendations and confidently select Chase.