Welcome to the first edition of Monday Night Showdown. Join your Salary Cap-tain on a voyage through the good, the bad, and the ugly of each MNF matchup this season!

As the season continues, less emphasis will be put on last season and early season’s stats. Vegas trends will also be implemented to help predict the game flow. I’ll conclude the article with a Cliff Notes section and give the readers my prediction for the game. Let’s dive into the Willie Snead Darren Waller Revenge Game!

Coming off of back-to-back 1,000 yard rushing seasons, Lamar Jackson’s playmaking with his legs balances out his lack of passing opportunity, productivity, and efficiency. With injuries to J.K. Dobbins (ACL), Rashod Bateman (groin), and Gus Edwards (ACL), Jackson will once again be forced to offset the losses with his legs. 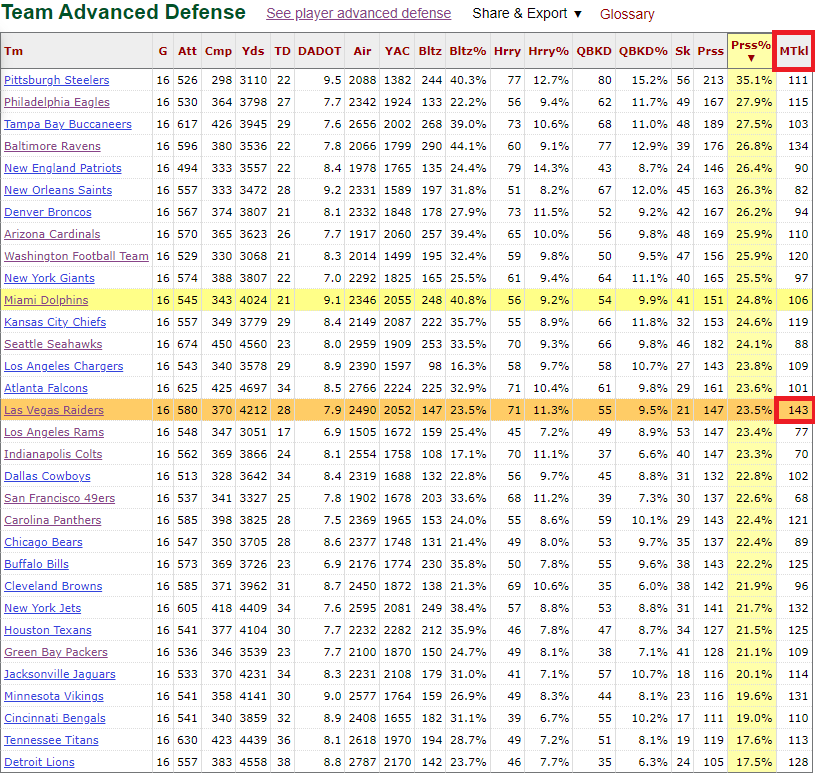 The Raiders brought in Casey Hayward over the offseason to pair with Trayvon Mullen on the outside at cornerback. Both are top-50 in PlayerProfiler’s Cornerback Rankings and have Coverage Ratings in the top-30. Because of predicted game flow and their primary cornerback matchups, I’m not excited about either Marquise Brown or Sammy Watkins.

Brown is a better DFS than redraft play. His combination of speed and 1.85 (No. 28) yards of Target Separation against a secondary ranked in last place by SharpFootballAnalysis’ Ryan McCrystal is enticing.

Mark Andrews led tight ends in 2020 with a 28-percent Air Yards Share. Andrews ranks top-10 at the tight end position across most opportunity and productivity metrics. There’s no reason why he should finish outside the top-5 at his position this week. The Raiders do not have an answer for him.

Ty’Son Williams is the last RB standing for the Ravens. Yes, Baltimore brought in veteran running backs over the past week. However, Williams should see the bulk of the carries in Week 1 while the new additions acquaint themselves with the offense. The 5-11, 220-pound RB has an intriguing Best Comparable Player in Damien Harris.

This combination of information would have us believe that the Raiders’ passing game is positioned for fantasy opportunities this week. The Raiders are 4-point underdogs at home to the Ravens after all.

Unfortunately, the Raiders remain heavily committed to the run game and had the fourth-slowest Pace of Play (1.91) last season. Las Vegas doubled down on their commitment by signing Kenyan Drake to a two-year, $11 million contract.

Not much makes sense about the decisions made by Jon Gruden and Mike Mayock. An assumption is that Drake and his 4.45 (91st-percentile) 40-Yard Dash was brought in as the lightning to Jacobs’ thunder. The expectation is that he will be the third-down running back that rotates with Jacobs for offensive series. 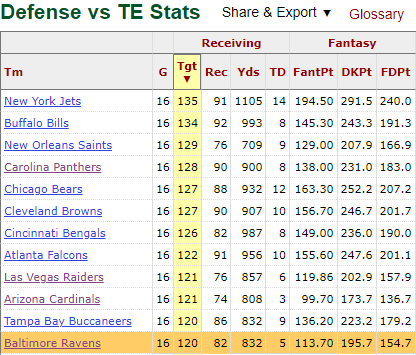 The only receiving option to start for the Raiders is Darren Waller. Ravens allowed 120 targets and 82 receptions to the tight end position in 2020. Both finished in the 12th-highest amounts among defenses according to Pro Football Reference. Waller is the only certainty in the Raiders’ offense and finished with more top-5 performances (9) than games outside the top-5 (7). 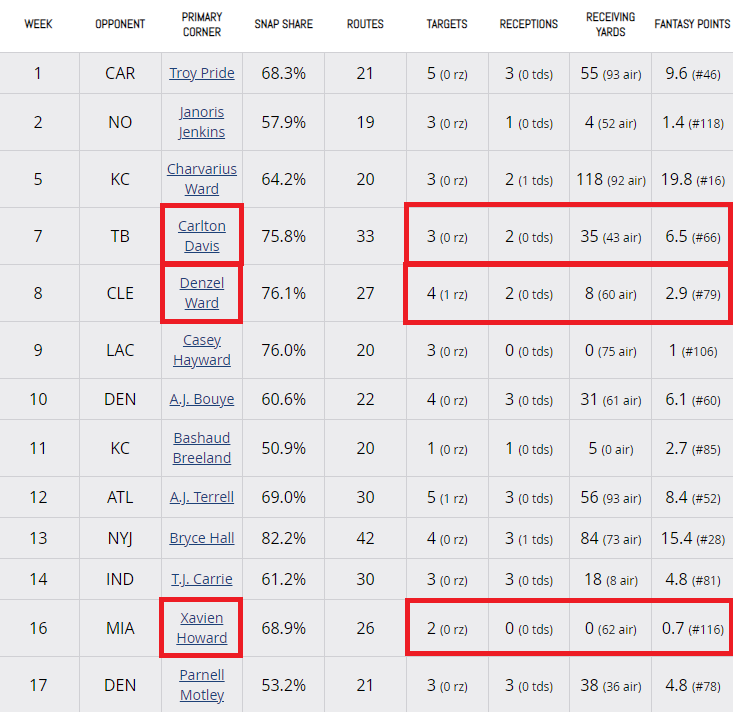 Week 1 is difficult for projections because we only have last season’s data to work with. However, I’m confident that Baltimore will still cover the spread as a road favorite. Losing Marcus Peters to a torn ACL sucks, but the Ravens had the depth in the secondary handle the loss.

With all due respect to J.K. Dobbins and Gus Edwards, running back injuries don’t move the needle much regarding spreads. Especially considering a Baltimore system that saw Mark Ingram’s last season of relevancy and produced Edwards as a former UDFA similar to Ty’Son Williams.

I’m less confident about the 50-point total for the game. Both teams are bottom-five in Pace of Play and Baltimore defense overmatches the Raiders offense in both OL-DL and WR-CB matchups. The 23.3 Implied Vegas Points for Las Vegas is too much for me to take.