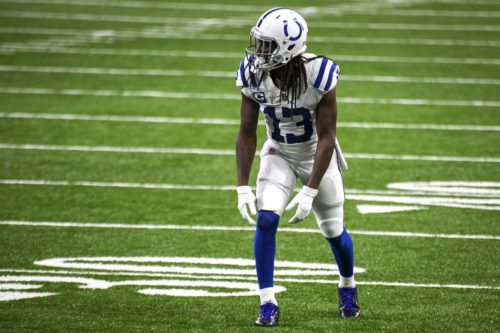 Okay, so who unlocked T.Y. Hilton’s coffin? The 31-year old has seemingly risen from the dead over the last few weeks. He has averaged 92.3 yards per game over his last three after failing to reach 70 yards in any of his first nine. In fact, he hadn’t gotten to 75 yards since Week 1 of last season. He has scored all four of his touchdowns in 2020 over the last three, including two in last Sunday’s win over the Raiders. He caught five of seven targets for 86 yards in that contest. 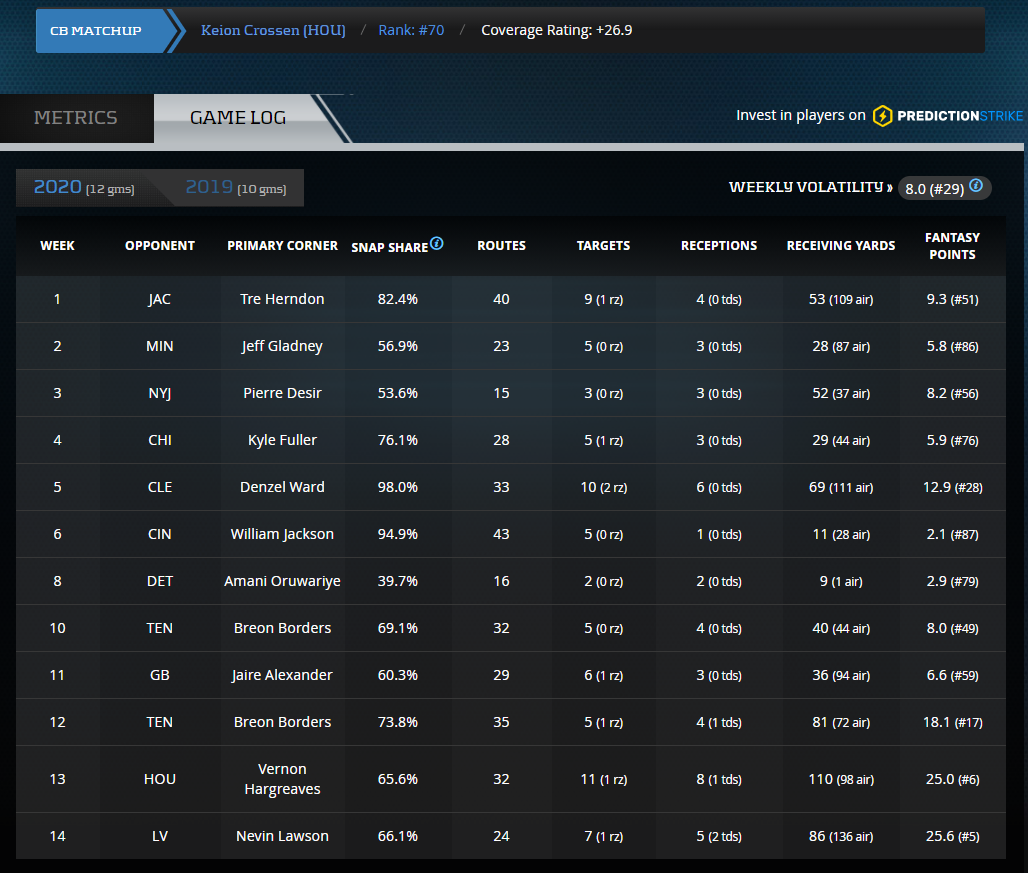 Hilton draws a matchup with a Texans team that has been awful in defending the pass all season. This contest is destined to shoot out, with the second-highest over/under on the main slate, providing plenty of room for another ceiling game. Even with his recent surge in performance, Hilton is still just $5,500 on DraftKings. Take advantage.

Jalen Reagor caught two of his four targets for 46 yards and added 19 rushing yards in Jalen Hurts’ first start as Eagles quarterback. It was far from an exciting stat line, but Reagor has flashed big play ability several times this season. He’s bound to break a long gain for a touchdown at some point. When we dig a little deeper, we see that the signs of a lurking boom week are there. While Greg Ward continues to operate as the top dog, Reagor ran a route on 78.8-percent of Hurts’ dropbacks in Week 14 and accounted for 40-percent of the team’s Air Yards.

The Eagles are underdogs in a game with one of the highest over/unders of the week, so game flow will be in favor of an upside performance from Reagor. The Cardinals aren’t particularly good at defending wide receivers, and the rookie first-rounder is just $4,400 on DraftKings.

We talked about Keke Coutee in last week’s article and he flopped. But we’re going back to the well for a second time here in Week 15. The good news is, he did salvage his fantasy performance with a five-yard touchdown reception. While the targets weren’t what we expected, especially with Brandin Cooks out, Coutee still ran routes on 75.4-percent of Deshaun Watson’s dropbacks. With Will Fuller suspended and Randall Cobb still out with a toe injury, Coutee will continue to be on the field a lot. For what it’s worth, both of his career 100-yard games have come against the Colts. That includes two weeks ago when he torched Indianapolis for 141 yards on nine targets. This game has the second-highest over/under on the main slate and Coutee is an affordable $5,300 on DraftKings.