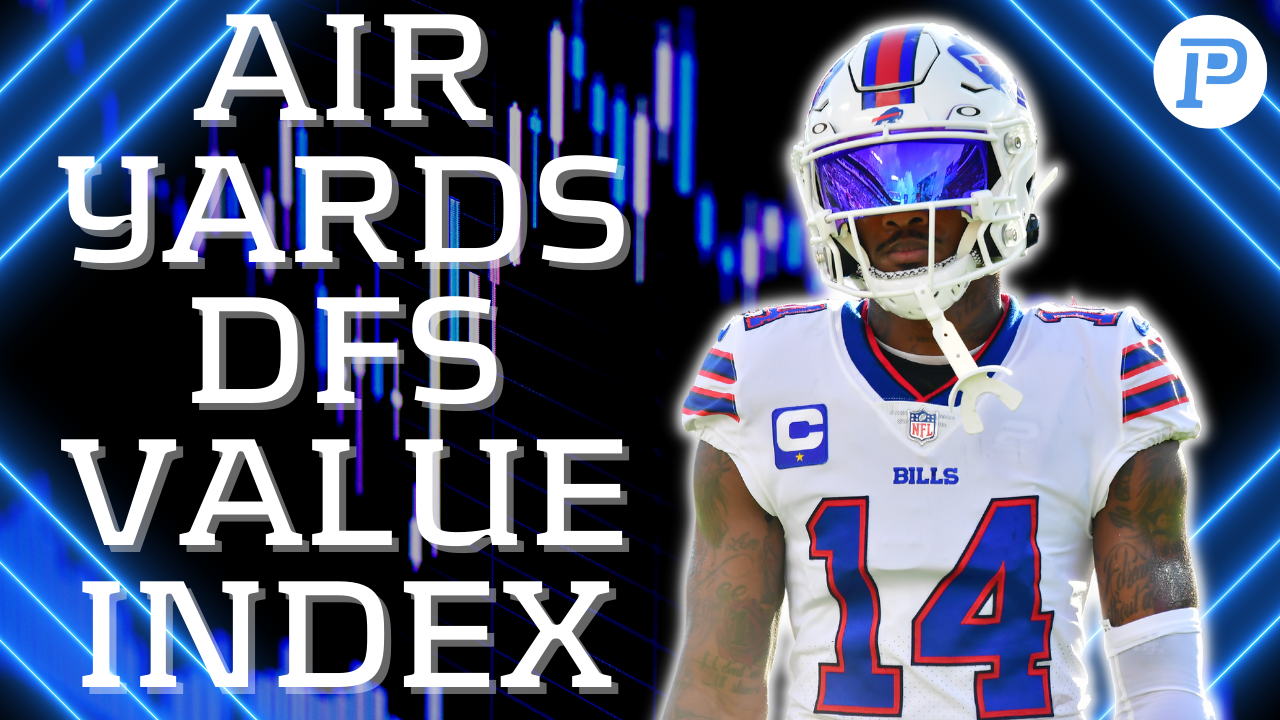 Amari Cooper disappointed last week despite the highly anticipated return of Deshaun Watson. He posted only eight fantasy points on nine targets. However he led the Browns with 96 Air Yards.  He is clearly Watson’s primary pass catcher in this offense.  Look for Amari to bounce back this week against the Bengals. He can be rostered confidently in all formats.

D.J. Moore returns from bye as the Air Yards value play of the week! Perhaps the fourth time is a charm as Moore scored a season high 20.3 with the Panthers utilizing, Sam Darnold, their fourth quarterback this season. Since the trade of Christian McCaffrey, Moore is the focal point of the Panthers offense and sports a league leading 44.6-percent Air Yards share. Play him in all lineups this week. 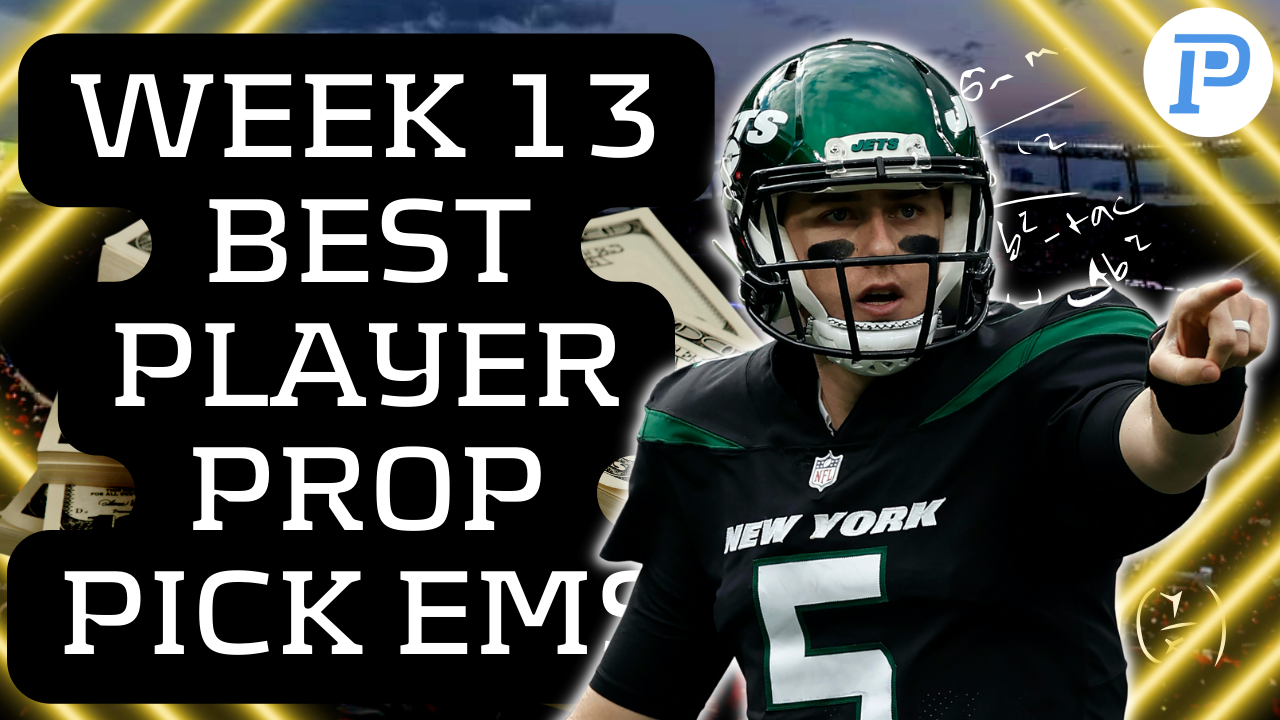 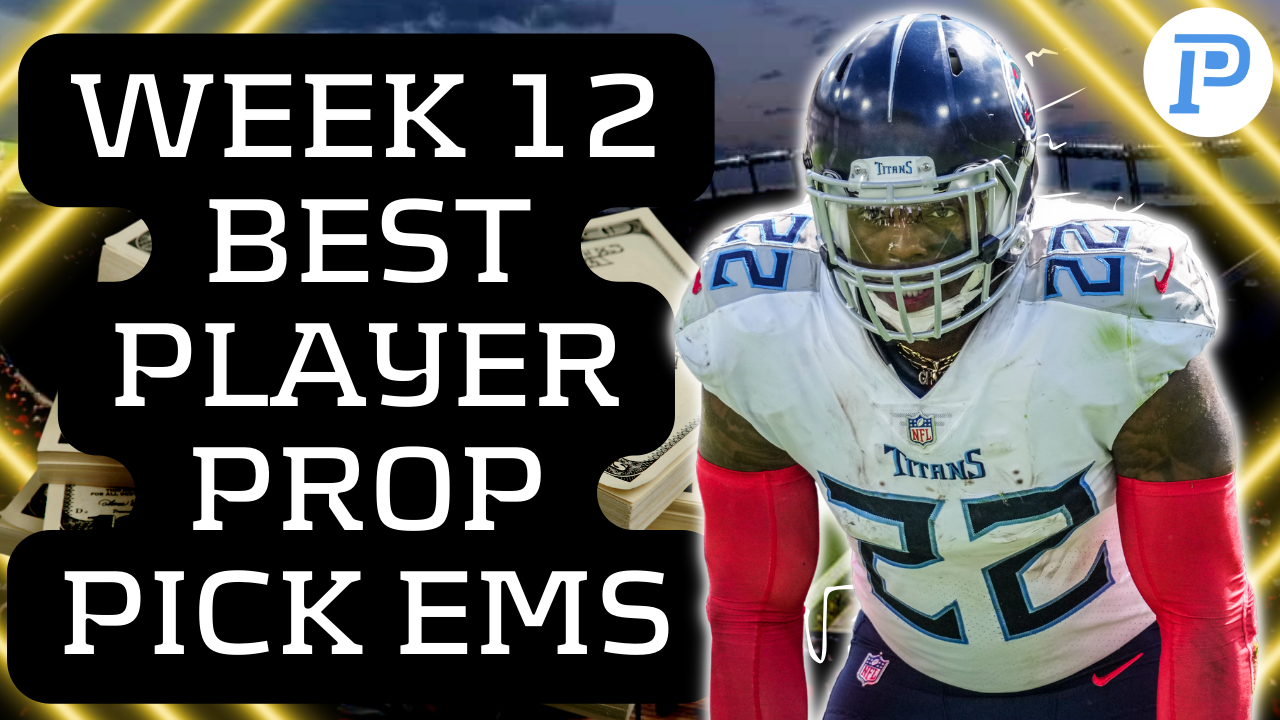 I sought a correlation between Bengals pass-catchers. My educated guess was Hayden Hurst would eat against a Steelers secondary that would primarily be focused on WR1 Tee Higgins. Instead, Higgins stomped all over the stat sheet in a 37-30 shootout with nine receptions on 13 targets for 148 yards. Hurst logged just two receptions on three targets for 28 yards. We paired this duo with a CeeDee Lamb alpha game, but the Cowboys ran all over the Vikings and didn’t need Lamb to take over to win 40-3. The third-year wideout finished with a season-low five targets, producing five receptions for 45 yards. Blah. 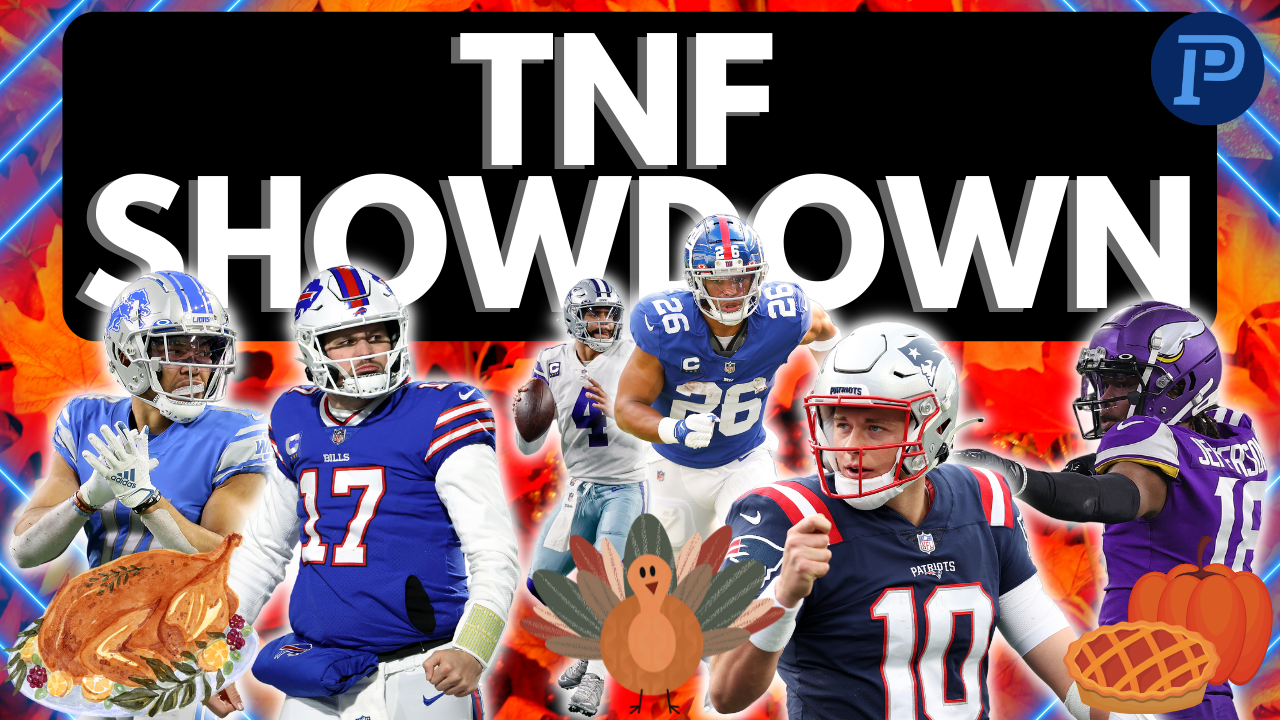 The Week 12 TNF Showdown features three matchups: Giants at Cowboys, Bills at Lions, and Patriots at Vikings. This year’s fantasy slate is chalk-full of talent. The Buffalo Bills high powered offense travels to Detroit to face a Lions defense giving up big plays at a high rate. The Dallas Cowboys face off against the New York Giants in a divisional matchup as Dak Prescott looks to continue his streak of top-10 performances. Finally, the night will be wrapped up with a sneaky shootout, where the New England Patriots and Minnesota Vikings both look to spark their offenses. This week I’ll be short and to-the-point, giving you the starts, sits, and picks for each of these matchups. 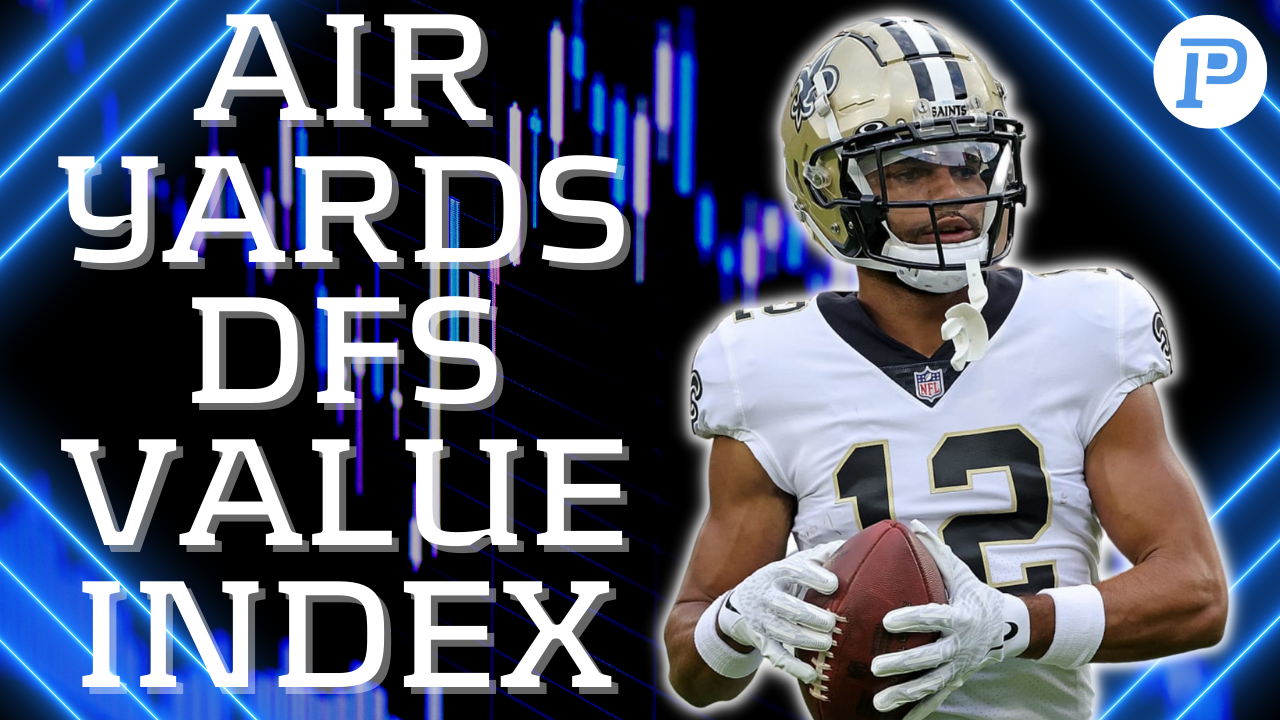 Gabriel Davis has averaged over 100 Air Yards and 7 targets the past four weeks. How a wide receiver ranked inside the top 25 scorers at the position in fantasy points per game is priced below $5,500 is unknown to me. He is also playing in a game with the highest projected point total not just on the Thanksgiving slate but on the entire week. If you loved Will Fuller on Thanksgiving two years ago against the Lions when he scored 35 plus fantasy points in Detroit, you are going to love Gabe Davis like your favorite pie. Get him in every lineup on Thanksgiving! 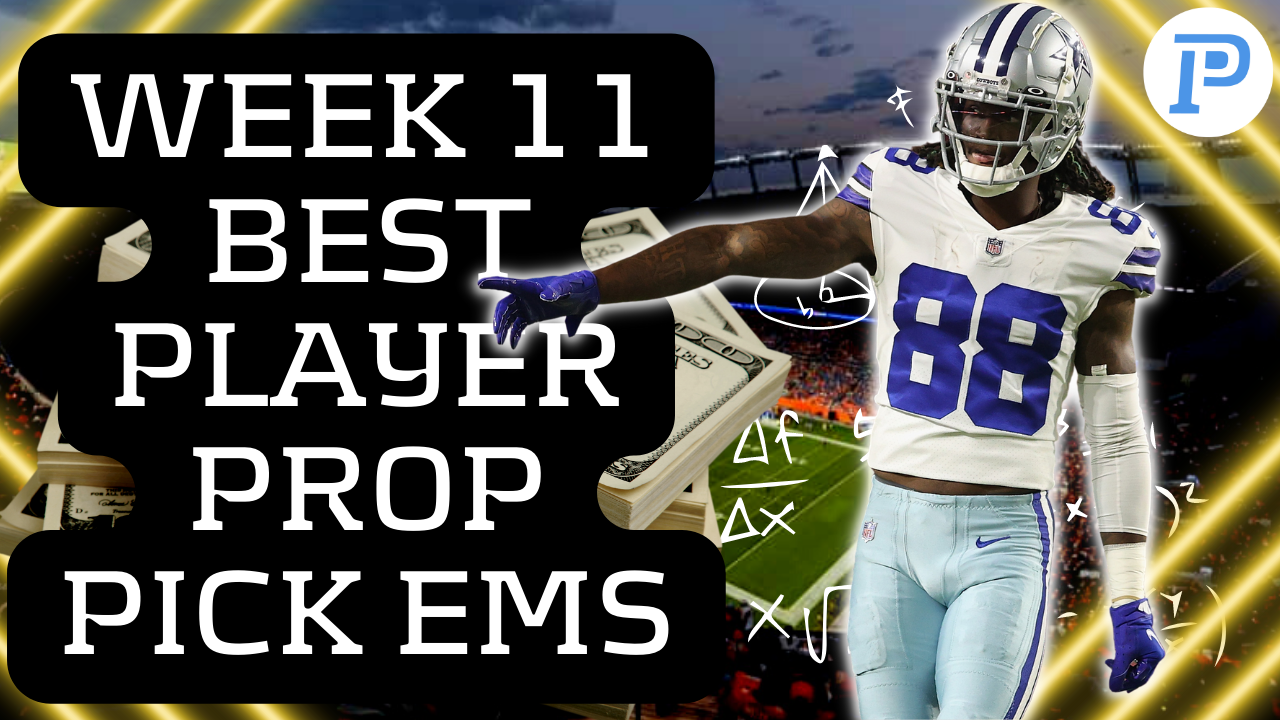 We approached our Sleeper play via correlation and game-stacking in a Jaguars vs. Chiefs contest that was projected by Vegas to be the highest-scoring game of Week 10. While the offenses did not live up to that hype, we picked out the alphas and nearly smashed the three-legger. Christian Kirk was the Jacksonville No. 1 again. He put up a season-high nine receptions on 12 targets for 105 yards, including two touchdowns. On the other side, Travis Kelce led the Chiefs in receiving. Kelce had six receptions on seven targets for 81 yards and the receiving touchdown we needed. However, despite throwing for 331 yards on 35 pass attempts, Mahomes only needed 26 completions to get there. This ruined a 5x profit parlay cash for us by just one pass. Sheesh. 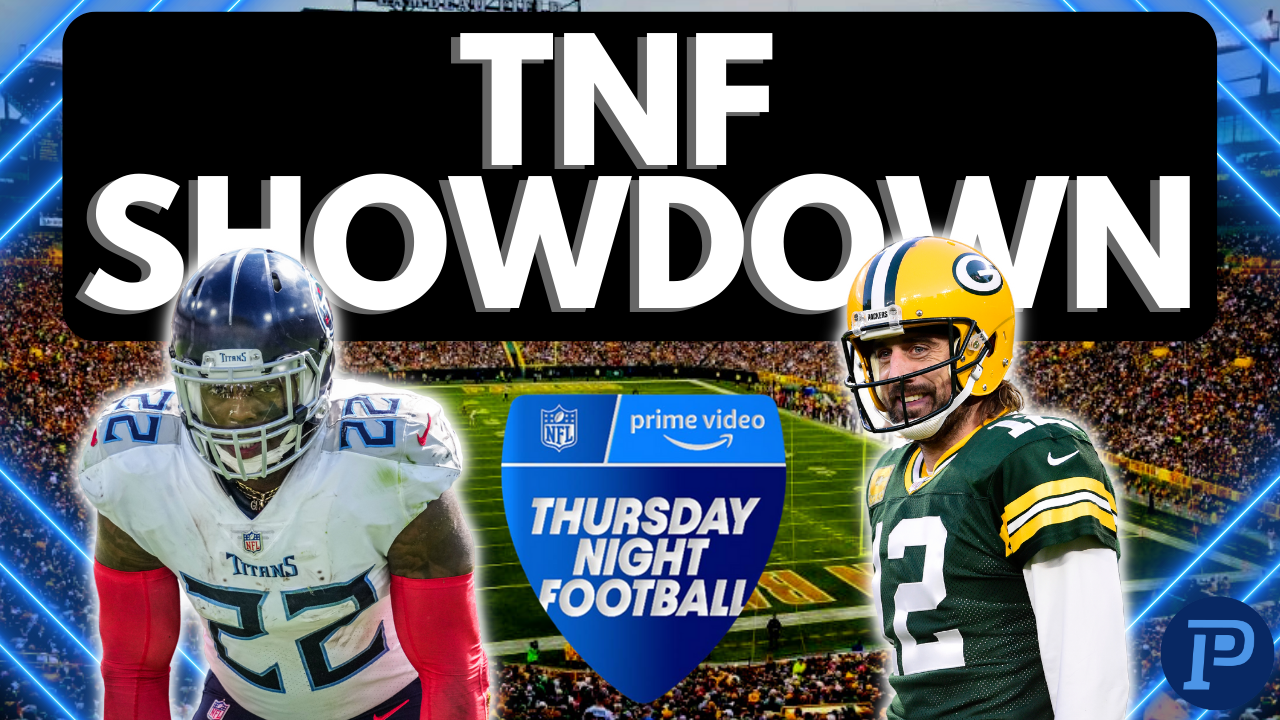 The Titans coaching staff are experts in ruining a party. They killed Tennessee’s Tanne-thrill ride when they thought A.J. Brown could be replaced by Treylon Burks. Tannehill’s 13 (No. 25) fantasy points per game are the lowest mark he’s seen since his 2012 rookie season. The arm talent is still there. He’s delivering a 7.8 (No. 13) Accuracy Rating and a 79.7-percent (No. 11) Catchable Pass Rate. Running under 24 pass plays per game, the veteran has only eclipsed 200 yards in three of his seven games this season. In those each of those games, he’s produced at least 19 fantasy points. Green Bay has kept anemic passing offenses at bay and can’t stop the run. This is the perfect formula for a disappointing low-end QB2 performance from Tannehill. Tannehill has big game upside, and he’s a boom-or-bust start in deeper 2QB/Superflex leagues. 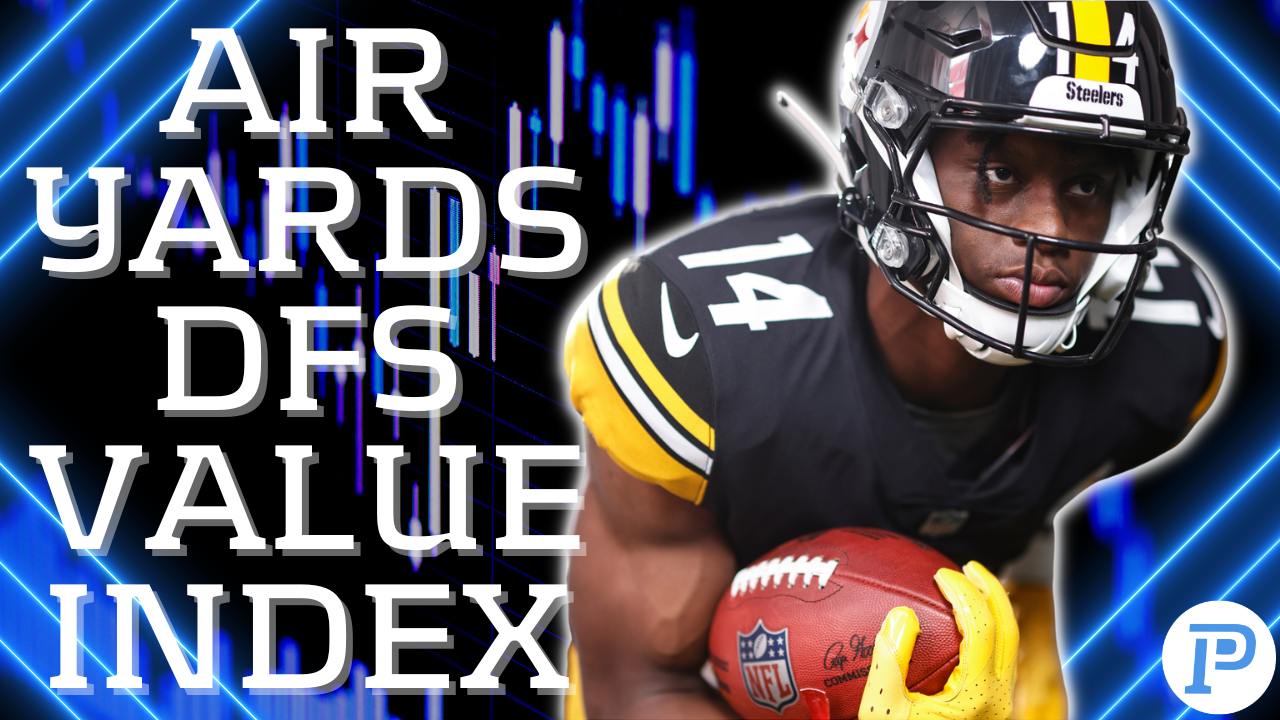 After melting faces and averaging over 23 fantasy points per game in weeks seven, and eight, D.J. Moore has crashed down to earth unable to eclipse seven fantasy points per game the past two weeks. The return of Baker Mayfield under center for the Panthers only adds to the gloom and doom of D.J. Moore’s fantasy prospects. Once a chalky play on the slate, Moore is perhaps the most intriguing contrarian play of the week against a Ravens secondary that has been exploitable at times this season. I would consider some tournament exposure.

Mack Hollins took on a greater role in the Raiders offense last week with Hunter Renfrow and Darren Waller placed on injured reserve. Hollins saw 140 Air Yards and six targets. However he only scored 3.8 fantasy points. The average depth of target remains high a 15.4 yards (no. 5). However, the increase in targets adds a bit more sturdiness to his fantasy floor. He is a recommended play in all formats. 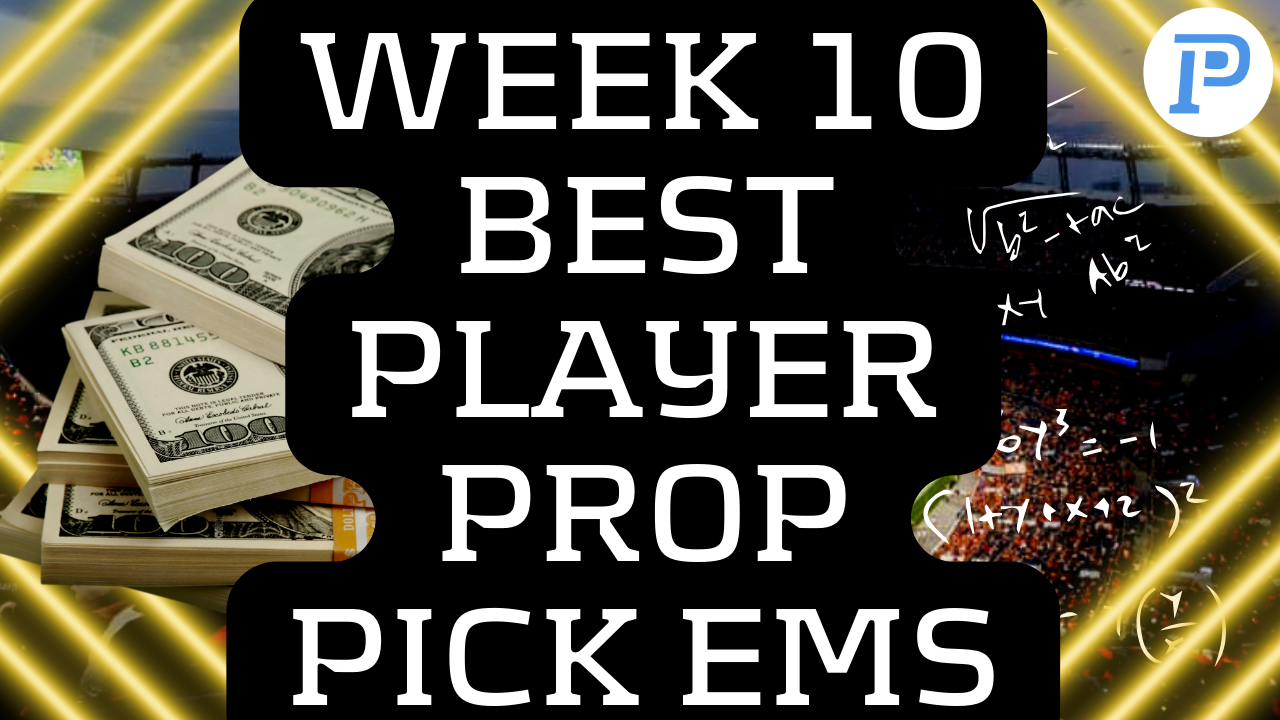 We are halfway through the regular season already. Welcome back to my written series on the NFL’s best pick ‘em player props: Week 10! As usual, I will review selections from the previous week, then give out my favorite player prop pick ‘ems for the upcoming weekend on the DFS pages of Underdog Fantasy and Sleeper. 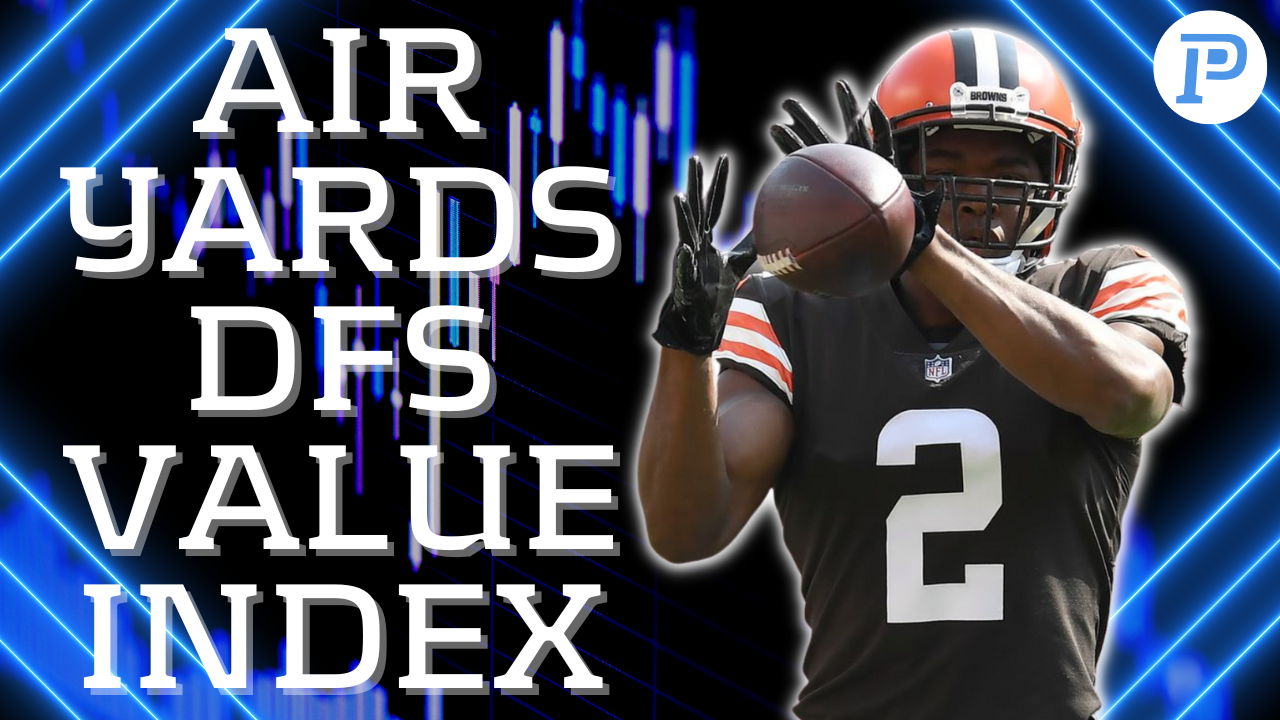 Amari Cooper returns from a bye week as the undisputed target hog on the Browns. He has topped 100 Air Yards in three of his past four games including a 126 Air Yards showing in Week 8 in which he finished as the WR7. Look for Cooper to continue his fantasy dominance against an exploitable Dolphins secondary this week.