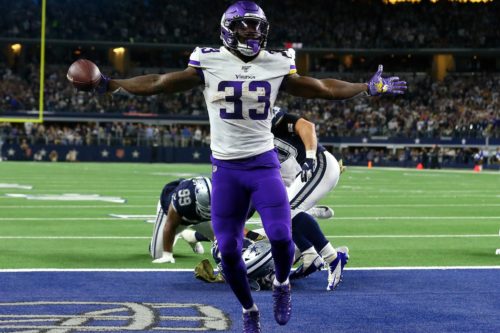 For the second consecutive season, RotoUnderworld is partnering up with Monkey Knife Fight to bring the best daily fantasy prop options to you on a weekly basis. MKF is unlike any other Daily Fantasy game in the industry. No million dollar tournaments with irrational odds, or outrageous bookie fees. Monkey Knife Fight offers NFL props anyone can wager on. From over/under fantasy points to creating a three-headed touchdown dance, MKF has it all. Follow along each week as we break down the Top props in the NFL. Use PROMO CODE: UNDERWORLD when you deposit to receive a 100-percent Instant Match Bonus up to $50.

What looked like a promising week turned sour when the fourth quarter came around in Cleveland. Miles Sanders had 65 yards rushing entering the final frame and received just one carry for one yard in the entire fourth quarter in a losing effort. Nick Chubb pulled his weight, finishing with 114 yards on the ground. As a pair, Sanders and Chubb hit the 2x pay line, but missed 3x by 7 yards and 5x by 23 yards.

Monkey Knife Fight is running a special Touchdown Dance Prize Pool in Week 12, giving away $5,000 in total to anyone who selects three players that each score. If all three of your players score on Sunday, you will get a share of the $5,000 pot.

No. 1) Cody’s Prop of the Week: Early Games: Star Shootout

Dalvin Cook enters Week 12 with 14 total touchdowns in nine games. He has scored in all but one contest, finishing with multiple scores in 4-of-9 outings. Carolina finished No. 32 against the run in 2019, allowing 30 touchdowns to running backs. 2020 hasn’t been much better. Through 11 weeks, Carolina ranks No. 27/No. 28 in touchdowns and yards allowed to running backs.

The Raiders bring a 6-4 record to Atlanta. Owning the tie-breaker over Baltimore and Miami for the No. 7 playoff spot is nice, but the Raiders look to widen that gap Sunday against a struggling Falcons team. Atlanta has allowed the third-most receiving touchdowns to running backs. And over the last three, Atlanta is No. 26 and giving up 138 yards per game on the ground. There is a high probability that Las Vegas gets ahead early and melts the clock with Josh Jacobs, enhancing the chances of a multi-touchdown game.

Cody’s Week 12 Prop of the Week

A Week 10 rematch between divisional foes features “The Big Dog” Derrick Henry against a battered Indianapolis defense. All-Pro DeForest Buckner and Denico Autry will be forced to stay on the COVID-IR through Sunday, and second-year starter Bobby Okereke will miss with an injury. Buckner and Autry led the Colts defense up front, ranking No. 3 in Rushing Yards Against, but expect Tennessee to replicate the Week 12, 2019 game plan without them. In that game, the Titans handed the ball to Henry 26 times for 149 yards and a touchdown. This week’s game plan may be similar with Tennessee looking to regain first place in the AFC South.

No. 2) The Podfather’s Prop of the Week: Los Angeles at Buffalo: More/Less

The Podfather’s Prop of the Week comes from Buffalo in a game with a 53-point projected game total. In 2020, Buffalo has played in six games totaling over 50 points, while Los Angeles has played in seven such games. With key defensive pieces out in Week 12, The Chargers and Bills will turn to their young gunslingers and key on the passing game to gain an edge on each other Sunday. 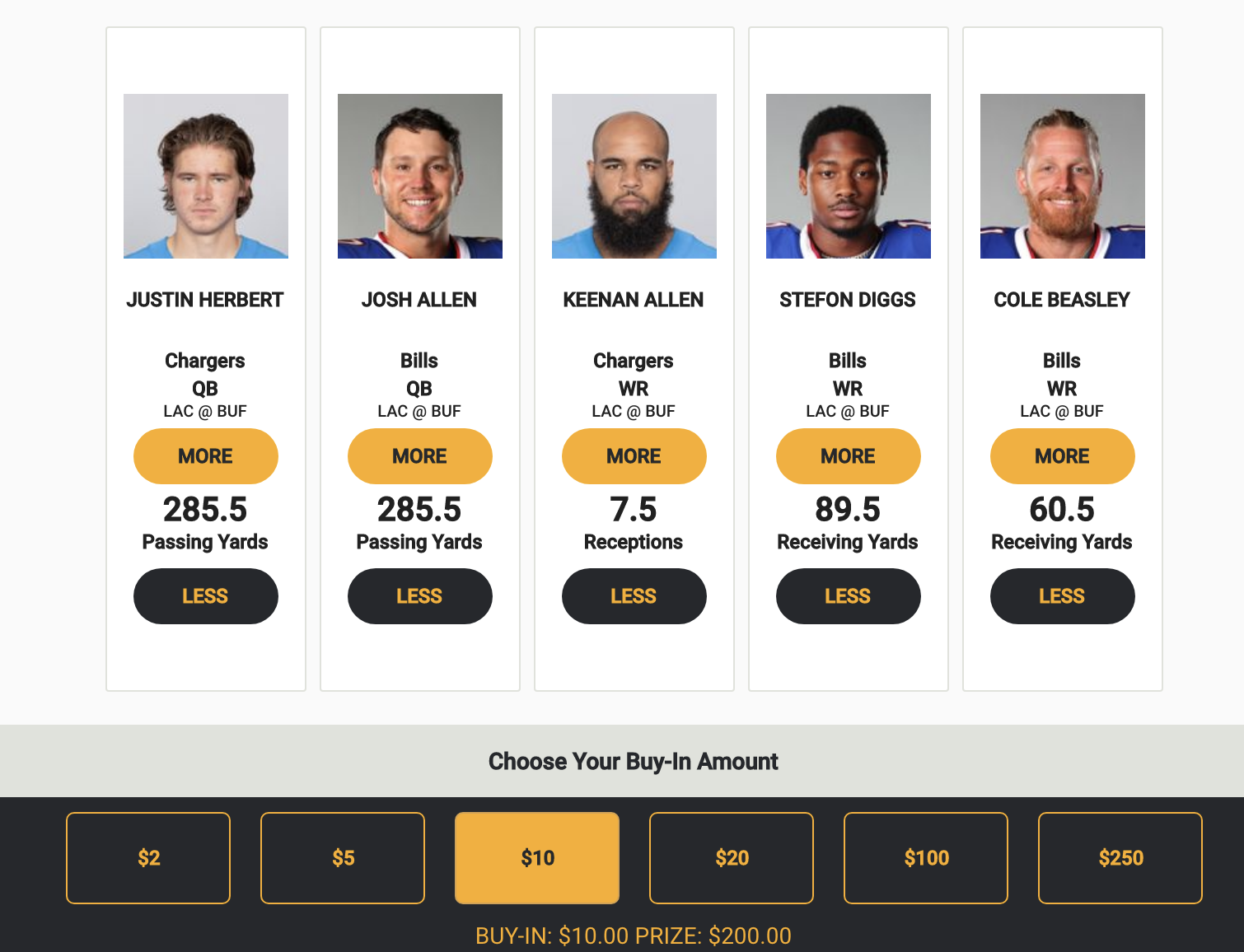 The Podfather’s Week 12 Prop of the Week

The Podfather’s Prop of the Week was broken down on Friday night during the best Prop Cast Happy Hour of the season. Catch it every Friday at 5:00 pm ET or re-watch it at any time.