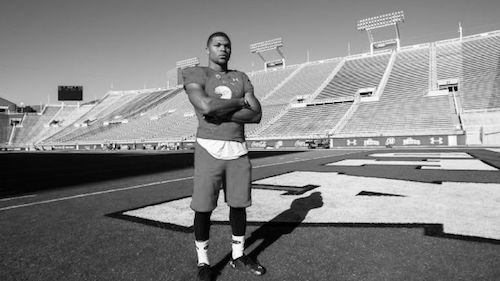 Right before the start of dynasty rookie drafts provides an opportunity for savvy dynasty owners to acquire players who underperformed the previous season at a discount. This article I will highlight a few players from every position that I recommend trying to acquire from the discount rack while the price is right.

Uncertainty about Tyrod Taylor‘s next team is depressing his value, but the bottom line is “Russell Wilson East” had a top-8 fantasy points per drop back in 2016 and most teams would represent a huge upgrade from his supporting cast. Even if he stays with the Buffalo Bills he has proven productive (11th and 7th in Fantasy Points Per Game) the past two years as the Bills starter with an injured Sammy Watkins for much of those seasons.

A high interceptions total (many of those coming as backbreaking picks in the 4th quarters of games) masks the fact that Philip Rivers posted top-10 yards per attempt for the 45th straight season. He will be 35 this season but still has 2-3 years left of peak Rivers play left and will be bolstered by the immanent return of Keenan Allen.

Thomas Rawls is still perceived as the team’s workhorse even after face-planting in 2016. This make C.J. Prosise strangely affordable as rookie drafts approach (try offering a 2nd round rookie pick for him). Prosise has the size, speed, and pass catching, 11.5-percent (81st-percentile) College Target Share, skills to be a fast Arian Foster and a true bell cow, Fantasy RB1, for years to come.

The Packers have long been linked to taking a running back early in the 2016 draft. However, they have more immediate needs on the defensive side of the ball. It is more likely the Packers take a running back late on day 2 or even day 3 and pair him with Ty Montgomery. Montgomery will return to the running back room for good reason in 2017. He has good running back stature and instincts and great route running and pass catching capabilities. He also has the speed to take a handoff to the house, evidence by his 9.1-percent Breakaway Run Rate. TyMo is the perfect trade target as many dynasty owners cannot wrap their head around the idea of him as a primary running back…yet.

Crow is for real. He was top-12 in both Breakaway Run Rate and yards after contact per touch on the Browns. Let. That. Sink. In. The team is improving, yet Isaiah Crowell continues to slide in dynasty start-ups. Eat some Crow.

Jerick McKinnon’s top-25 Juke Rate and Catch Rate were minimized behind the league’s worst offensive line. I expect the Vikings to invest heavily in the OL during the offseason and for McKinnon to open 2017 as the primary ball carrier. It is wheels up for the most athletic running back in NFL history.

Derrick Henry is still expensive, so let us set our sights on a running back with much less brand equity and who has been unfairly dismissed by many fantasy owners. Devontae Booker was dominant at the college level, 40.1-percent (86th-percentile) College Dominator and 14.3-percent (91st-percentile) College Target Share, and checks all the key running back profile boxes with less in-house competition. Buy while you still can!

Jacquizz Rodgers was the only Tampa running back to perform well in 2016: 30-percent Juke Rate and 80-percent Catch Rate. With Doug Martin having likely played his last down in Tampa, there is a void for Rodgers to fill. However, Tampa could use an early pick on a running back.

Cameron Meredith is the Bears No. 1 WR heading into 2017. Yes, even over Kevin White, who is inexplicably being drafted ahead of Meredith in start-ups. Meredith posted a Top-10 Target Premium of +17.9-percent in 2016.

The Jets nebulous QB situation, along with multiple surgeries, is depressing Eric Decker’s dynasty stock. A rock-steady top-20 producer heading into his age-30 season is the perfect target with Brandon Marshall in rapid decline and possibly on the move this offseason.

Few wide receivers have Breshad Perriman’s stratospheric stud ceiling. Evident by his 125.7 (99th-percentile) Height-Adjusted Speed Score. Thankfully, he did not flash enough in 2016 for many to take notice. Buy now before Mike Wallace, a cut candidate, get released. That combined with Steve Smith’s retirement opens 250 targets’ in the Ravens passing game.

Kenny Britt’s +36.5-percent (No. 2) Target Premium on the Rams should be all you need to know to acquire Britt in all leagues before he eventually finds himself on a better offense. If you need another reason to buy look at Jared Cook’s playoff performance. Players leaving the Rams receive a boost in performance.

The rise of Tyreek Hill has thrown Jeremy Maclin’s role in question and his dynast value in the gutter. Now is the time to buy. He is as consistent as they come and may only have to endure Alex Smith for one more season.

Role, supporting cast, and health uncertainty all depressed Josh Doctson’s dynasty value. His health is the primary concern heading into 2017 as it is uncertain how he will look following a mysterious Achille’s tendon ailment. Once he is cleared I am all in. DeSean Jackson and Pierre Garcon are on the move paving the way for Doctson to take over the primary WR role in D.C.

Did you know Kyle Rudolph led the NFL in tight end targets in 2016? Rudolph has high draft pedigree and has developed into a target hog in his prime. However, Rudolph is still being drafted many rounds after tight ends with more brand equity like Zach Ertz, Tyler Eifert, and even Hunter Henry.

Like Eric Decker, Austin Seferian-Jenkins is being discounted because of an uncertain supporting cast. One big game early in 2017 will vault ASJ back into the Top-10 dynasty tight end conversation and he can be found on most waiver wires.

Now is the time to open those trade talks or scour your waiver wire. While everyone has their eyes on the incoming rookie class, look to buy these current NFL players while their values are reduced. You can thank me later.