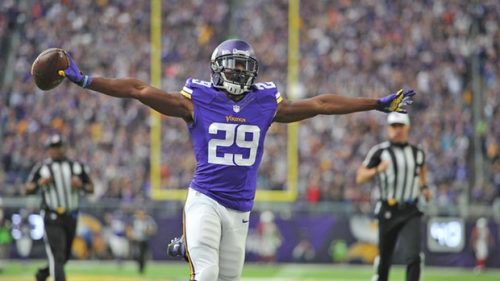 Recently our fearless leader pointed out a great article by NFL.com’s Matt Harmon on using Passer Rating Allowed to rank the NFL’s top Cornerbacks. On it’s surface it looks like a good way to get a read on who should be in the discussion for being a true “shut down” CB but I wasn’t sure it gave us a definitive answer. So I decided to dig in a bit more and see if any other metrics confirm or deny the names on that list.

I wanted to put the focus on how the individual corner affects the game. To do this I looked at how often the CB allows a reception per target, how often he deflects or intercepts an attempted target and how many yards he allows per target. For this study I only used players that played at least 10 games and 75-percent of the snaps. It’s worth noting that a player like Desmond Trufant would have made it on to a few of these lists but came up short in games played due to injury.

It’s promising that we get six of the ten names listed in Harmon’s article. Richard Sherman and Aqib Talib are essentially tied for top 10 at 51-percent, while Jalen Ramsey and Marcus Peters sit at 54-percent respectively.

Josh Norman was a player that struck me as a fluke in Carolina, but it appears that he lived up to the hype last year and only allowed a reception on half of the 88 times he was targeted. He was not listed as an honorable mention in Harmon’s piece, however.

The coverage rating is an Underworld metric that puts a grade on the defender based on how often he’s targeted and how often he defends or intercepts the pass. Here again we get six out of the ten listed. Also again is the appearance of Josh Norman.

Tramaine Brock could be a young up and comer for the San Francisco 49ers who’s defense was pretty awful this year. I doubt highly many know who he is but this is his second appearance in two major CB metrics. Richard Sherman, Marcus Peters and Jalen Ramsey all rank positively but come in below other names like Terance Newman, Vontae Davis and Joe Haden.

This metric is interesting, because on the flip side we use it as an efficiency metric for WR’s. This is where it goes off the rails for a guy like Tramaine Brock, as he averaged 8.7 receiving yards per target and 17.5 yards per reception. Only 15 defensive backs allowed more receiving yards on the season and Jalen Ramsey was one of them. It’s not a total indictment of these players because they clearly were strong overall defenders but when they gave something up, it counted big time.

Side note: How good are the Minnesota and Denver secondaries?

As I suspected in the beginning, Passer Rating Allowed does a good job of displaying who the elite Cornerbacks in the game are. At the same time it is interesting that the names like Richard Sherman, Marcus Peters and Jalen Ramsey don’t stand out in any of the other metrics we used here.

Yards Per Target allowed is a metric I’m excited to dive into more but I think the combination of all our data paints a pretty clear picture of who the best truly are. Building a top ten can be a bit subjective but the following five players must be considered in any list of the NFL’s top cornerbacks:

Edges out Norman and Hayward due to his ypt and passer rating allowed.

The UDFA hit the scene quickly as a lock down cover CB. Get to know him.

Top-4 in most measurable categories, including an ultra-low 45-percent catch rate allowed and 4.8 yards per target allowed.

On par with Rhodes overall but gave up almost a full yard more per target.

Falls into a tier below due to his 6.1 yards per target allowed but he was still extremely good in 2016.