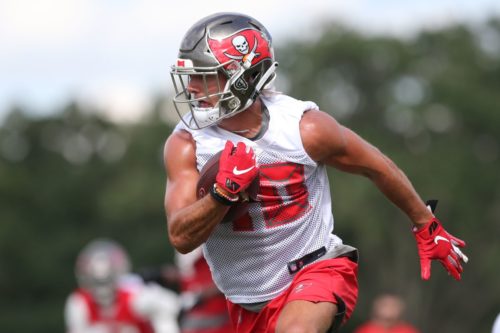 I’ve made an effort this offseason to develop a more comprehensive, metrics-based methodology for analyzing players in dynasty leagues. Some of the more notable features of my offseason model:

Players that have historically broken out were analyzed separately from those who have not. I used at least one career top-24 PPR finish and, for the 2019 rookies, a top-36 PPR finish as an arbitrary benchmark. My analysis of breakout players focuses on their NFL production over the last two years, while college production and Combine metrics are more emphasized in the non-breakout sample.

The following metrics were incorporated into my non-breakout model, which will be focus for my next few editions: 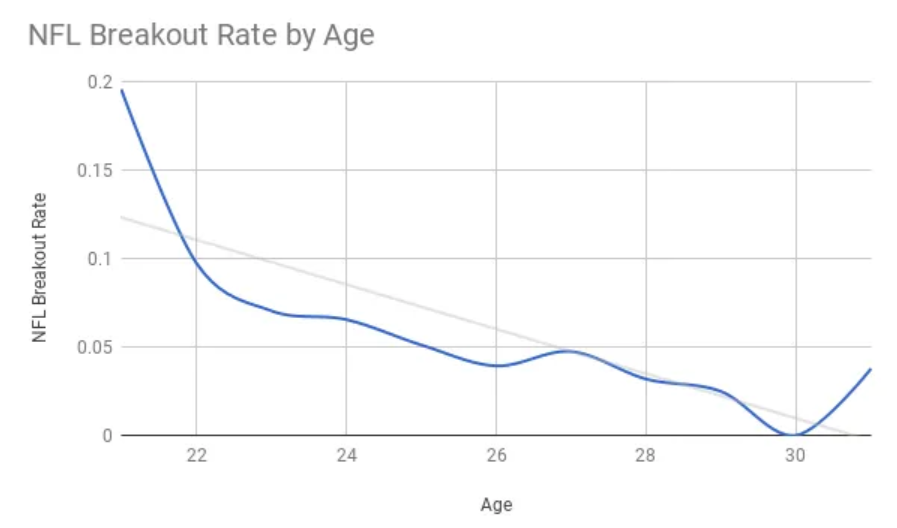 Additionally, wide receivers with a younger NFL Breakout Age tend to perform better on average over their NFL careers than those with a later Breakout Age. 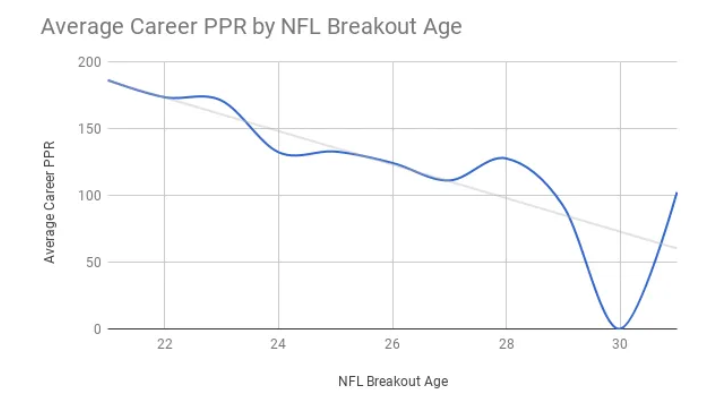 Therefore, acquiring younger receivers from the non-breakout sample is advantageous because those are the most likely to break out. Our fantasy teams tend to be compensated with stronger career production if/when they do

The actual methodology of my statistical analysis is fairly rudimentary, but it does well enough in identifying the players I normally like to target that I don’t feel the need to tinker with it much further. I rank how well each player performs in the above metrics relative to his peers and then summate those ranks. This cumulative rank is then compared to the player’s Mizelle ADP Utility. This difference represents each player’s value, which is then converted to a percentile rank.

For me, spending less time and expending less energy in perfecting a model in exchange for a less accurate, but still sufficient model is a worthwhile tradeoff. Our time on Earth is short and valuable, and fantasy football is a source of fun for most, so no need to stress over it.

NFL breakouts are most common in Year 2, followed by Year 3 and then, interestingly, Year 5 (more about that in Part 3 of the series). 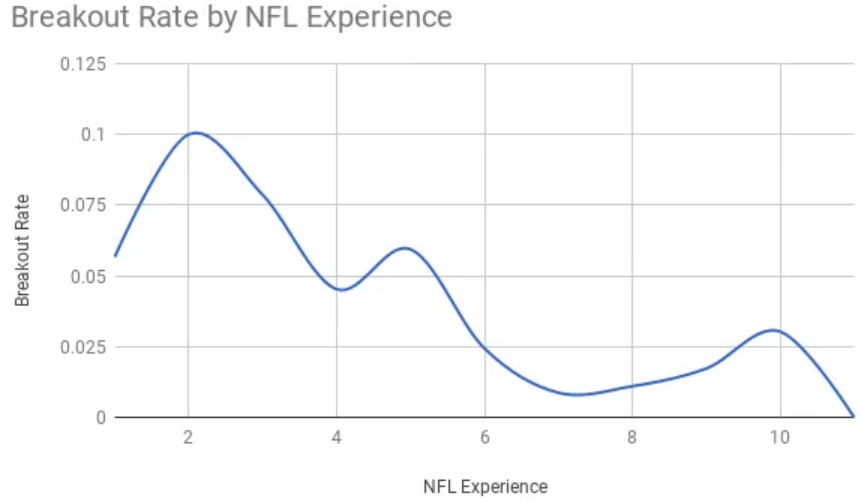 Part 1 of  this series will focus on the the upcoming sophomores. Part 2 will discuss some intriguing Year 3 options. Finally, Part 3 will discuss Year 4, Year 5 and a bonus Year 7 receiver.

Scott Miller is the young Bucs receiver we want to prioritize in dynasty leagues (here’s looking at you, Justin Watson), especially with Breshad Perriman entering free agency this summer. Miller is entering his second year versus Watson’s third. Miller is also more than a year younger than Watson, has a better 19.1 (88th-percentile among qualified wide receivers) Breakout Age and a massive 18.4 ATD in his rookie year. Did I mention that his best comparable on PlayerProfiler is Tyler Lockett?

A hamstring injury derailed Miller’s rookie campaign in Week 13, right as he began to show some flashes. Watson failed to make meaningful headway in the meanwhile. Miller is outside of the top 113 in positional ADP as of March 2020. We can likely get away with keeping him on waivers and tracking his progress at the beginning of next season. I am petitioning Scotty 2 Hotty as his nickname into perpetuity (editors note: I can get into this, and he needs to do The Worm as his TD dance).

Harmon may have a leg up on Sims for 2020 opportunity because he at least has some draft capital. Still, Sims drew 36 targets in the team’s final four games. He earned a meaningful rookie season role despite having zero draft capital. His excellent 72.8-percent Slot Rate speaks to his potential to improve upon last year’s poor efficiency.

Sims and Harmon are stuck in a stagnant offense. Their current quarterback that may stink. Regardless, they’re both currently cheap (WR83 and WR84, respectively), so why not take a shot at your preferred sophomore? There is a decent chance Washington adds a wide receiver with a 2020 Day 2 pick. Although this may provide an even better buying opportunity for Sims and Harmon post-draft, depending on the receiver selected. Funny enough, I also advocate buying Terry McLaurin, who will be discussed in an upcoming edition.

Jakobi Meyers, a much cheaper alternative to N’Keal Harry, sported an 8.5 yards per target (No. 11 of 51) on a respectable 41 targets and a strong 50.8-percent Slot Rate. He performs well enough in the remaining metrics, with an around sample-average weight at 203-pounds, 20.8 (42nd-percentile) Breakout Age and 10.5 (No. 64) Average Target Distance to jump out in my model.

As of March 2020, Meyers has fallen outside of the top 113 in positional ADP. It may be due to rookie fever setting in and the uncertainty of the Patriots offense in 2020, or there may be some sunken cost fallacy biasing New England toward more Harry playing time. That said, if Harry continues to struggle, draft capital will be a decreasingly meaningful coaching consideration in determining playing time. For now, there may still be enough playing time available for both, especially considering Julian Edelman’s injury history/age and the team’s currently desolate tight end corp. We should not count out the possibility (however unlikely) that Meyers is simply than Harry.