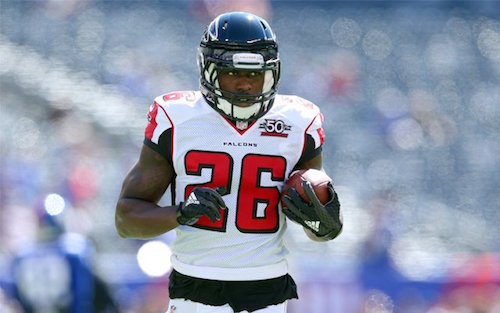 Fantasy analysts have already written approximately 1,495,384 “bold fantasy football predictions” articles this offseason, so why not one more?  I may be a troll, and these 2016 running back predictions may seem ridiculous, but none of these outcomes would actually surprise me.

1)  LeSean McCoy will finish the season as the No. 1 fantasy RB after leading all NFL running backs with 400-plus touches.

4)  Karlos Williams will hire Tony Horton, undertake an intensive month of P90X training, and lead all Washington running backs in fantasy points in 2016.

6)  The Carolina Panthers will implement a Cam Newton health savings plan, and Jonathan Stewart will lead the league in both red zone carries and touchdowns.

6)  After finishing as a top-10 fantasy running back, Jeremy Langford will hire a helicopter to drop 40-tons of fresh elephant dung on Mike Clay’s new house.

7)  Tevin Coleman will lead the NFL in breakaway runs and score more touchdowns than Todd Gurley in 2016.

11)  Dwayne Washington will finish the season with more receptions than teammate Theo Riddick.

12)  Fueled by garbage time game flow, Shaun Draughn will operate as the San Francisco 49ers third down and hurry-up back, and Draughn will outscore Carlos Hyde in PPR leagues.

13)  Division II phenom Marshaun Coprich will be the New York Giants’ lead back by week 15.