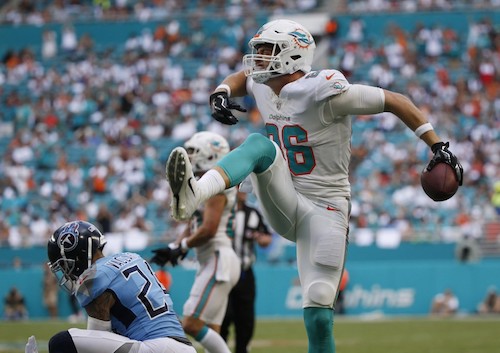 On another journey through ADP history one of the things I would like to tackle is the theory that you can wait and buy a tight ends at a discount later. Everyone knows that tight ends take time to develop and expecting instant production is a fools errand at the position. But there are still many analysts out there giving the advice that you should avoid drafting them and buy them the next year after the owner grows weary of waiting for them to produce.

Tight Ends rarely lose value in year 1 compared to other positions, but when they do… its a major red flag that they are likely never going to be a relevant fantasy asset based on the advanced stats and metrics profiles and analytics-based analysis. Here is the boom, safe, and bust rates by dynasty rookie draft round for TE’s dating back to 2007.

As it pertains to the players that bust in year 1, what I am looking for is “can I make a quick profit?” meaning do these guys bounce back in year 2. Then, are these players long term buys, meaning “do they put together quality fantasy careers?”

We will break it down by round.

Among these 4, only O.J. Howard was able to recover ADP after year 2.

When looking at long term viability of these players it is considerably more promising.

Howard and Ebron both have 1 starter season under their belts with a lot of career left.

Coby Fleener was able to put up 3 starter seasons for his career. Though it should be noted they were ranked TE 12, 6, 12. So he wasn’t exactly a superstar.

There were 3 busts in round 2.

Brandon Pettigrew was able to gain back some ADP after his 2nd year.

Only Ladarius Green had a bounce back season in year 2.

For their careers though, Julius Thomas was the lone producer. He had two fantasy relevant seasons fueled by one of the greatest quarterbacks of all time in Peyton Manning. He finished as the TE 2 and 7.

Nick Vannett was the sole bounce back player from the 4th round.

There was a single fantasy starter season from this group. Tyler Kroft finished as the TE11 one season so far.

As you can see, the Tight Ends that struggle as rookies often are not quality fantasy assets. The two exceptions might be O.J. Howard and Eric Ebron. Both players had startup ADP’s in the 70’s prior to their rookie year though. The fact they lost value in year 1 could have been partially attributed to them being over drafted in the first place. No other bust TE’s had ADP’s near that starting spot.

In short, don’t buy low on Tight Ends, the chances of a quick profit or a long term asset are remote on both fronts.

What does this mean for the 2019 rookie class? If you think the player is special, just draft him. Looking at you Noah Fant and T.J. Hockenson. They will never be cheaper than they are on draft day, and if they are cheaper, its probably not worth it.

What does this mean for the 2018 class? Sell Mike Gesicki. He is the rare 2nd round TE bust going from 132 to 160 in startup ADP. As you have seen, tight ends that face-plant rarely offer value at their buy-low price.