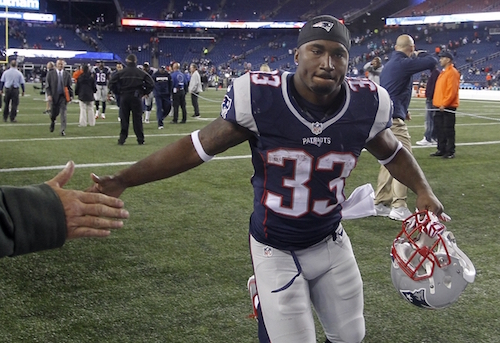 We have reached week 7 of the NFL season and impactful injuries have become unavoidable. Fortunately, exciting talents often rise out of injury-related adversity. Capitalize on these opportunities by acquiring newly elevated players from the waiver wire. Here are some options you should consider picking up for week 7 based on advanced stats, metrics and analytics.

When Aaron Rodgers went down with a broken collarbone on Sunday, it spelled certain doom for a Packers team with Super Bowl aspirations. With Brett Hundley now set to take control over Green Bay’s offense, it’s time to analyze what he can bring to the table. Hundley made his living as a dual threat quarterback at UCLA. His measurables indicate that he is still an elite athlete by NFL standards. He has a 4.63 40-yard dash time (91st-percentile), a 123.0 Burst Score (91st-percentile), and a 10.91 Agility Score (96th-percentile). To complement these assets, he boasts an 116.6 (98th-percentile) SPARQ-x Score. To take advantage of his athleticism, Mike McCarthy would be wise to add more read options, bootlegs and other plays of that nature to the Packers offensive.

Also working in Brett Hundley’s favor is the excellent supporting cast he has in Green Bay. The Packers currently post a +9.63 Supporting Cast Efficency (No. 7). While Aaron Rodgers was able to transcend the quarterback position with this group, many signal callers could still find themselves producing efficiently behind them as well. Whether Hundley can put it all together remains to be seen, but rarely do you find a quarterback with so much intrigue in the middle of the season. He is undoubtedly worth a spot on the roster for those looking to change their quarterback situation or  whose first-choice quarterback has a bye week.

The Giants surprised many when they picked up their first win of the season against Denver. However, the way they did it is even more surprising. Missing their top three wide receivers, New York transformed their offensive identity into a downhill power run attack, spearheaded by Orleans Darkwa. Darkwa will surely be able to carry this momentum for even more productive outings.

The Denver game was the first time all season Orleans Darkwa received more than ten touches, resulting in 130 total yards. The secret key to Darkwa success was the performance of the Giants’ offensive line. While Ereck Flowers’ struggles in pass protection may give the unit a bad name, they are quietly an excellent run blocking group, posting a 99.0 Run Blocking Efficiency (No. 5). Darkwa is a big back at 6-0, 215-pounds, and featuring an all-purpose skill set, he is a must-add in all league formats.

Once rumored to be a training camp cut, Dion Lewis is slowly reclaiming his role in the New England Patriots’ backfield. Rex Burkhead has missed four games in a row now due to a rib injury, leaving Lewis as the ideal candidate for the team’s change of pace back.

Against the Jets, Dion Lewis received more than 10 touches for the first time all season, and answered with 52 total yards and a touchdown. No player in the league is quite as elusive as Lewis, as he was able to force seven evaded tackles against the Jets off of 11 touches, and sports a 46.2 percent Juke Rate (No.6). The Patriots’ running backs are infamously inconsistent fantasy producers, so pick up Lewis with caution and only play him if the matchup is truly favorable.

The Texans would be wise to give the reigns to a rookie on offense for the second time this season. D’onta Foreman is emerging as a bell-cow in Houston’s backfield. Last Sunday’s victory over the Browns marked the first time all season that Foreman led the Texans in rushing yards. He turned in an efficient 12 carry, 59 yard performance in that contest. If given the opportunity, he could do much more going forward.

D’Onta Foreman is a massive back at 6-0, 233-pounds. Despite his huge frame he still sports good athleticism, noted by his 113.6 (94th-percentile) Speed Score. Despite an underwhelming Agility Score of 11.47 (34th-percentile), he still possess enough intangibles to make people miss, evident in his 39-percent Juke Rate (No. 8). He also posts 2.1 yards created per carry, showing he can go above and beyond what his average offensive line gives him. Foreman is an exciting player, and should only get better as the season progresses.

With injuries plaguing the Falcons offense, role players like Taylor Gabriel have found themselves in larger roles. Gabriel has made his living in the NFL as a deep play specialist. His 4.45 40-yard dash (79th-percentile) combined with his 130.5 (89th-percentile) Burst Score make him a threat to score every time he runs down field.

Taylor Gabriel has seen his snap count increase dramatically given recent hip and hamstring injuries to Julio Jones and Mohamed Sanu respectively. After playing more than 50-percent of the Falcons’ offensive snaps just once in the first three games, he has surpassed 80-percent of the team’s snaps in each of their last two games. With Sanu still questionable, Gabriel will most likely keep his high snap count up against the Patriots this week. If he can turn in a good performance against one of the leakier defenses in the league, there’s a good chance Gabriel will keep a starting role moving forward.

If you’re looking to stash a player with great future potential, look for Bennie Fowler. Fowler is a player who has seen his role increase drastically since last year. In 2016 he played only 30.9 percent of the Broncos offensive plays. This year he’s playing a healthy 61.4 percent of the snaps, and 49.4 percent of them in the slot.

Fowler’s Targets Per Game have also doubled from 2.4 to 4.8. With so much more volume coming his way, Fowler has a great chance to cut into the role of the stagnating Demaryius Thomas, who’s snap percentage and targets are both down from last year.

Chicago has the most unstable wide receiver corps in the NFL. Tanner Gentry has an opportunity to take hold in a group that has lost Cameron Meredith, Kevin White, and Markus Wheaton at some point in the season. Gentry is an explosive prospect, earning a 126.1 (76th Percentile) Burst Score. He has decent size to him as well at 6-1 208 lbs. Gentry also has experience being a workhorse guy, playing a 44. 8 percent (89th Percentile) College Dominator Rating and a 18.4 College Yards per Catch (88th percentile). There’s no reason for Mitchell Trubisky not to look Gentry’s way more often starting this Sunday against the saints.