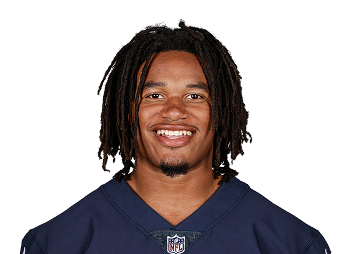 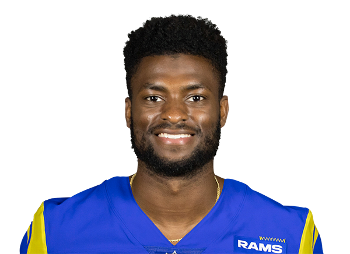 The San Francisco 49ers had a pre-draft visit with Tennessee...

Who is Velus Jones

During his first redshirt sophomore year in 2017, he was used as a kick returner, where he averaged 24.5 yards per return. From the wide receiver position, he didn't produce more than 50 yards through the air. Top tier programs like USC provided Velus Jones with stout competition. His competition came in the form of Michael Pittman and Deontay Burnett. In his second redshirt sophomore year (2018), Velus continued to make strides towards producing as a wide receiver, but was still better as a kick returner. He nearly doubled his production as a returner compared to his production as a receiver. This year his competition came in the form of a breakout Michael Pittman year and freshman wide receiver Amon-Ra St. Brown.

2019 was Velus Jones’ first redshirt junior season. Like previous seasons he was relegated by top wide receiver talent to being only a kick returner. Amon-Ra St. Brown, Michael Pittman, and Drake London all contributed to the lack of Velus Jones’ breakout. Not finding success at USC, Velus Jones Jr. transferred to the SEC east. He became a Tennessee Volunteer in the 2020 season. Like the rest of his career, other receivers kept Jones from being the top receiver in terms of receptions or yards. Josh Palmer was the receiver that stopped the breakout during his first year as a Volunteer.

2021 was Velus Jones’ second redshirt senior season and it was the year he broke out. His 62 receptions for 807 yards and 7 touchdowns was more than the previous 5 years combined. Staying consistent to his collegiate theme, he wasn't the team leader in receptions or yardage again. It was enough to earn an invite to the combine.

Velus Jones was selected in the 3rd round of the 2022 NFL Draft by the Chicago Bears. He’ll be 25 by the time he enters the league, but he does offer dynamism as a receiver that excelled at special teams. The real red flag outside of age is his lack of being the alpha. He couldn't cut it at USC so he transferred to Tennessee. At Tennessee, Jones couldn’t supplant Josh Palmer. He needed Palmer gone before he “broke out”.